On February 20, 2021, United Airlines Flight 328 – a Boeing 777-200 flying from Denver International Airport to Honolulu, Hawaii – encountered an engine failure, creating a “rain” of metal. down to the suburbs of Broomfield, Colorado.

A giant mass of components, believed to be the engine hood, estimated at 4.5 meters in diameter, fell directly into the front yard of a house 40 kilometers northwest of Denver.

Broomfield Police Department tweets said the debris “landed” on Community Park and residential areas Northmoor, Red Leaf. The Denver-based CBS website contained pictures of a citizen’s truck that had been crushed by a piece of metal, and the location of the accident was just 3 meters from people’s homes.

Another Broomfield resident, living in a house on Sheridan Avenue, lost his heart when a piece of debris crashed through the roof while making a sandwich, ruined the kitchen, then “gently” landed away from the owner. the house is standing 60 cm.

Tweets posted by passengers on Flight 328 showed a horrifying sight when the plane’s engine, having peeled off its shell, caught fire and vibrated as if it was about to fall.

The next day, February 21, 2021, CNN reported that two people living in the Sint Josephstraat area of ​​Meerssen’s Dutch town were injured after several pieces of a transport plane’s engine exploded and fell to the face. land.

A Boeing 747-400 transport plane, en route to New York, suffered an engine fire shortly after takeoff from Maastricht, Netherlands. The plane was then redirected to Belgium’s Liege airport, which has a fairly long runway and fortunately a safe landing.

In addition to injuring two people (one was hospitalized), metal fragments also damaged many cars and homes.

In fact, it’s so common for the component to fall from an airplane to the ground that it is given an acronym – TFOA (Things Falling Off Aircraft, temporary translation: component falling off an aircraft). Let’s take a look at some of the world famous TFOA events and the consequences they left.

Delta Airlines Flight 405, a Boeing 767-400 flying from Paris (France) to Logan Airport in Boston, was about to complete its journey when an un-inflatable emergency slide fell out of the compartment. This slide fell into the backyard of a Milton’s house, breaking a series of surrounding trees.

If not activated, the flight escape slide is designed to automatically inflate each time the aircraft door is opened. The flight data for the above flight showed that when the incident occurred, the plane was crossing Milton at an altitude of 670 meters.

Debris from Air Canada’s passenger plane, carrying 318 passengers and 16 crew members on the way to Tokyo, fell onto a series of cars parked near Toronto’s Pearson airport.

Like the Denver incident, the Air Canada Boeing 777 also suffered an engine failure, with the plane having an emergency landing at a nearby airport.

Don Enns, regional manager of the aviation investigation division of the Canada Transportation Safety Commission, said that although no damage was done to the front part of the aircraft engine, “I don’t remember any event where the rear of the engine fell out like this“

May 2012 at Hallandale beach, Florida

Also in May 2012, the door of the main chamber on a private Canadair CL600 plane flying from Opa-Locka to Pompano Beach, Florida, burst open and fell onto a golf course.

This door, with the steps still attached, crashed into many trees before landing on the golf course. After losing the door, the plane was navigated and landed safely at Fort Lauderdale Airport.

Qantas Flight 32, an Airbus A380, flew from London to Sydney, after making a stop in Singapore, continued to take off from Changi Airport and crashed on one of its four Rolls-Royce Trent 900 engines. . 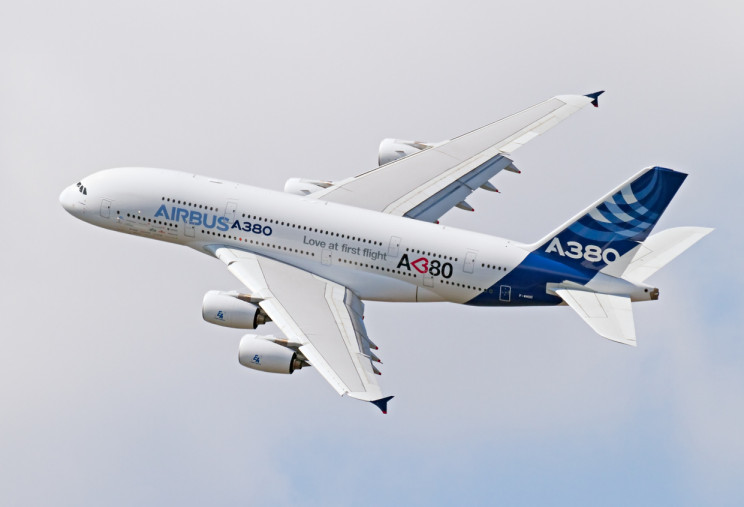 The incident occurred 4 minutes after takeoff, when the plane was flying over Batam Island, Indonesia, and debris from the plane fell onto many Batam residences.

An investigation revealed that a turbine disc in the engine had disintegrated, damaging the outer shell, an aircraft wing, fuel system, landing wheels, and both the flight controls and the engine. It also caused a fire in one of the aircraft’s fuel tanks, but fortunately it was self-extinguished.

This is the first time this type of accident has happened to an Airbus A380, which is the largest passenger jet in the world, causing Qantas to temporarily stop flying all other A380s of the airline. The incident also forced Lufthansa and Singapore Airlines to replace some of their Rolls-Royce engines, while the other A380s belonging to Air France and Emirates were unaffected because they were powered by Engine Alliance engines, a joint stock company between GE Aviation and Pratt & Whitney.

Immediately after the accident, the share price of Rolls-Royce Holdings fell 10% on the London Stock Exchange, while shares of Airbus also fell but not as much.

Milton, Massachusetts is just below the landing line of one of Boston’s Logan Airport runways. In December 2010, the deformed body of a teen from North Carolina was found on a quiet street in Milton.

It is believed that Delvonte Tisdale clung to the paw of a Boeing 737 flying from Charlotte Douglas International Airport (North Carolina) to Boston’s Logan Airport. The ill-fated boy’s t-shirt and sneakers were found scattered along the plane’s flight path and the incident raised security concerns at Charlotte airport.

A couple were walking in the woods near Britain’s Gatwick airport when part of a nearly 32kg door from a British Airways Boeing 777 was carrying 272 passengers to the ground, exactly 6 meters away from them.

The door was bounced out of position shortly after landing, and the UK Aviation Accident Investigation Department later discovered that only 1 out of the 13 bolts on the door had been securely locked in.

Shortly after taking off from Los Angeles International Airport, a KLM Royal Dutch Airlines Boeing 747 carrying 449 passengers had to make an emergency landing because parts were lost. A dish the size of a dishwasher is defined as the discharge outlet end of one of the 4 engines.

Air traffic controllers observed components falling from the aircraft and warned the pilot. The pilot then had to pour 83 tons of fuel into the Pacific before returning safely to LAX airport. Fragments of the aforementioned components fell onto the beach in Dockweiler state.

According to the CBS News report, investigators concluded that a large bird must have been sucked into the engine, causing the blades to unbalance and collide.

On July 25, 2000, Air France Flight 4590, a supersonic Concorde aircraft, was en route from Charles de Gaulle Airport, Paris, to John F. Kennedy International Airport, New York. While running on the takeoff runway, the Concorde stalked a Continental Airlines DC-10, and the aircraft in the foreground lost a strip of titanium components that were part of the engine snaps. its. 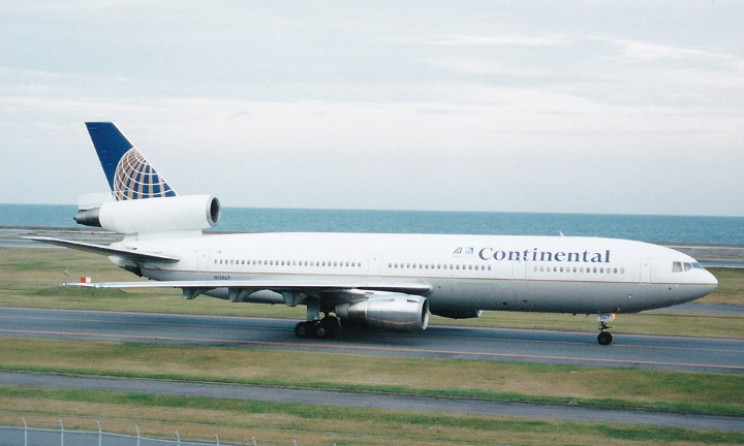 The range of components is 435mm long, 29-34mm wide, and 1.4mm thick. As the Concorde ran over it, one of the plane’s wheels exploded, firing a 4.5kg piece of wheel flying at an estimated speed of 140m / s toward the lower left wing of the plane.

Although the piece of the wheel did not puncture the fuel tank in the wing of the aircraft, it created a wave of pressure that broke the fuel tank # 5, causing fuel to melt and catch fire. In this situation, the engineers turned off the number 2 engine of the Concorde.

When the fuel tank broke, it blew debris into the Concorde landing wheel compartment and severed the treads, preventing the wheels from opening. Lack of thrust because the engine was turned off and affected by friction in the landing wheel made the pilot unable to control the aircraft. 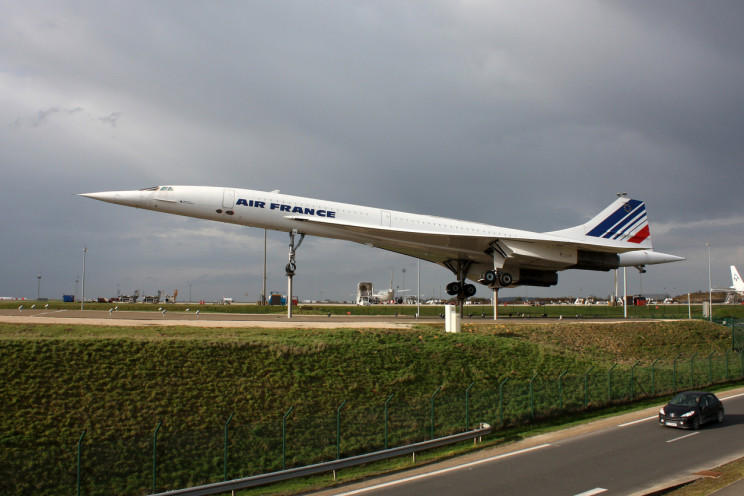 The crash put an end to the Concorde commercial passenger “career”, which was one of only two hypersonic aircraft in service at the time. The other was the Soviet Tupolev Tu-144, operating in the late 1970s. French authorities sued Continental Airlines and two of its employees – the mechanic replaced the metal strip of the 10 and its manager. his reason – with murder, the same accusation of negligent repair.

Continental appealed to witnesses saying the Concorde burned before it hit the titanium strip. When the trial took place in Paris, Continental Airlines was found guilty and had to pay a criminal fee of $ 271,628 and a compensation of 1 million euros to Air France.

Continental Airlines mechanics were laid off for 15 months, but the verdict was removed by an appeals court in November 2002. However, the trial still forced Continental to be responsible for reimbursing 70% of the amount of 100 million euros that Air France had to pay to the families of the victims. 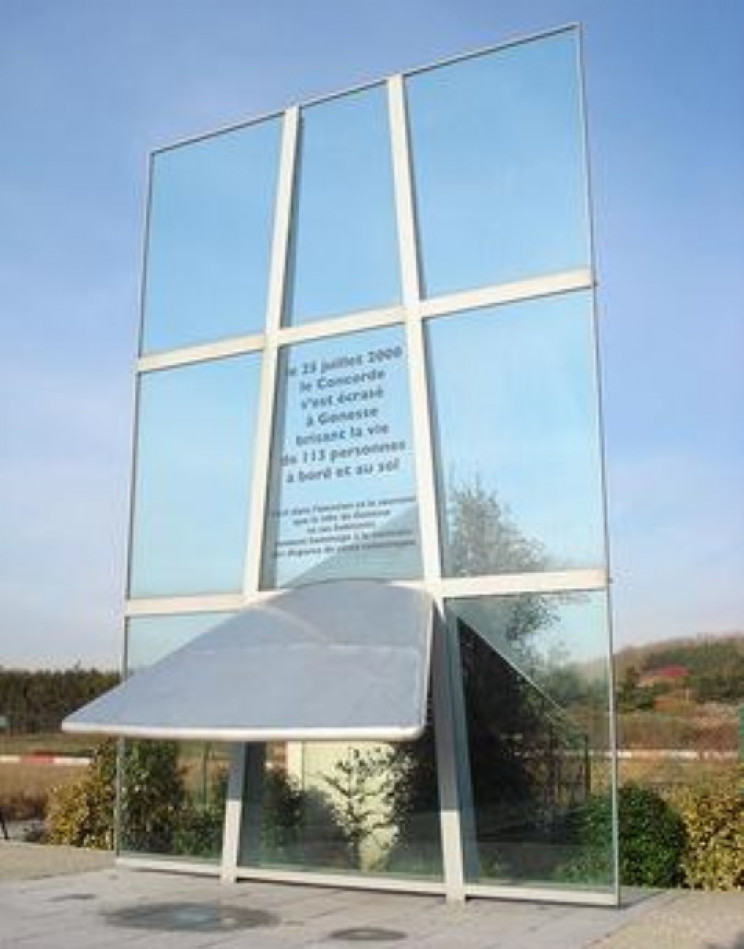 Today, there is a memorial area commemorating the victims of the crash in Gonesse. It is made up of a piece of transparent glass that the same piece of aircraft wings pierced through. In 2006, another memorial was established at Mitry-Mory, south of the airport.