Is it the “surprise whiteness” of Mini NES flashes? I tried disassembling and cleaning the yellowed NES


Speaking of December, it’s a season of great cleaning that removes dirt for a year. This time, as a cleaning project (?), I will try to disassemble and clean the NES that have turned yellow due to 30 years of dirt, and bring it back to the “whiteness of the mini NES flash.” Will it be completely white?

*This time, I verified using the personal belongings of the editorial staff for article creation. Please do not imitate disassembly or bleaching in the article. 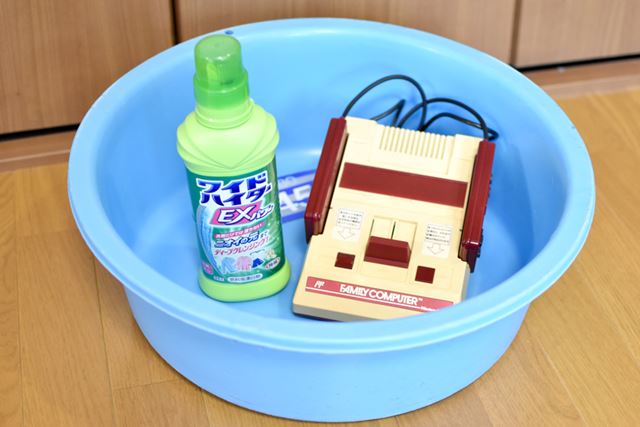 Cleaning the NES that has turned yellow due to many years of dirt! What is the result?

The Mini Famicom, which contains 30 masterpiece titles and is about 60% smaller than the NES main body, was released. Actually, the author also played with this Famicom and became “Pico Pico Taro”, What I thought again was “Is NES so white?” The NES in the closet at home is yellowed with 30 years of dirt piled up, and when it is lined up with a new, white, innocent, beautiful and beautiful NES, the dirt stands out. 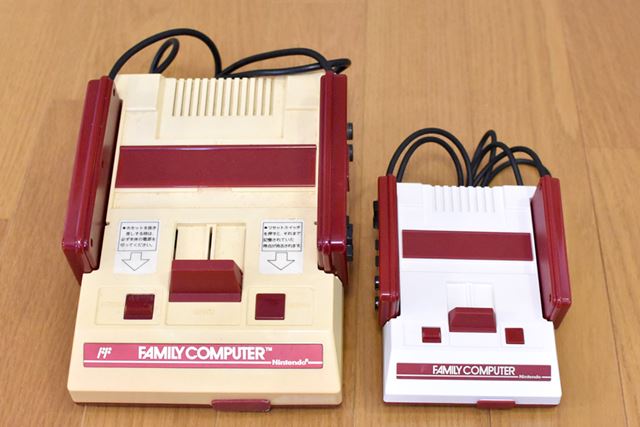 NES (left) and mini NES (right). Comparing the two, the white of the new NES stands out.

Therefore, this time, I will clean the NES that have turned yellow and bring it back to the “amazing whiteness” of the mini NES flash. The procedure is as follows: (1) disassemble the NES and remove the board, (2) bleach only the NES case with “Wide Higher EX Power”, and (3) restore the NES after washing. First, let’s start with disassembling the NES. “It’s not a Nintendo other than “pure white”!” 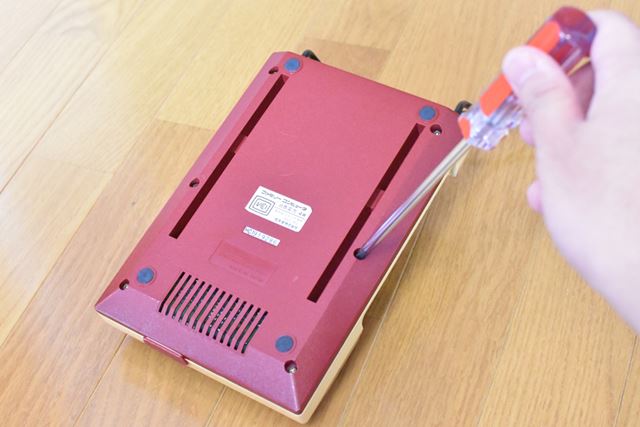 Use a Phillips screwdriver to remove all 6 screws on the back of the main unit.

If you remove all 6 screws on the back side, it looks like this 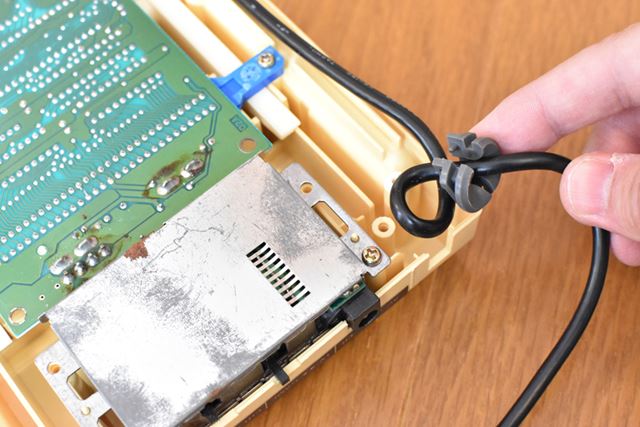 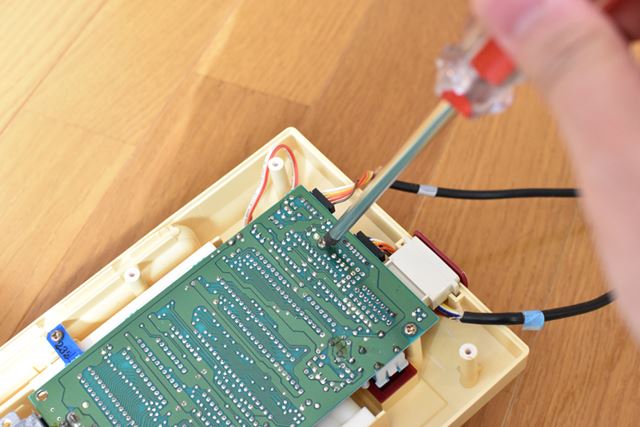 Remove the screws on the base 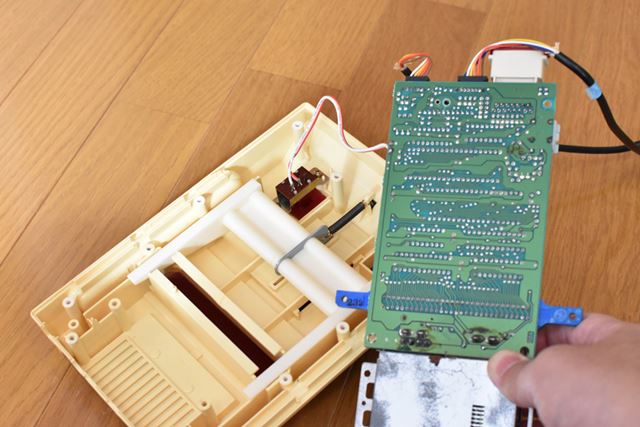 It seems that the base has been completely removed, but since the screw is also fixed to the power switch part, remove it here as well 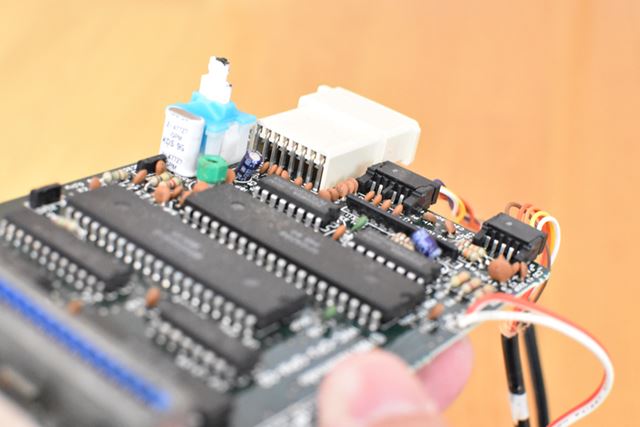 The connection terminals for external devices cannot be removed because they are integrated with the board. 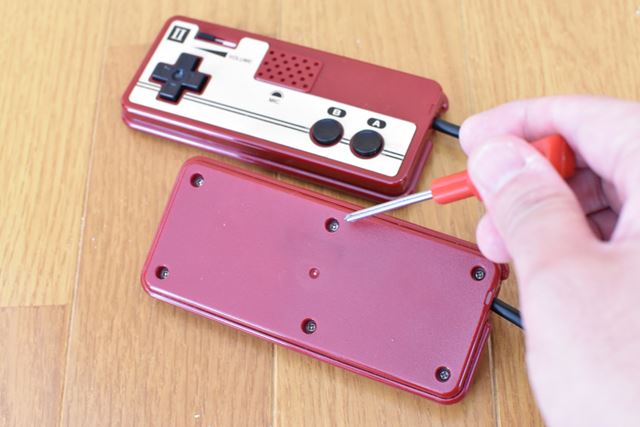 Following the NES body, the controller is also disassembled. Since the screw size is small, change to a thinner Phillips screwdriver and continue working. 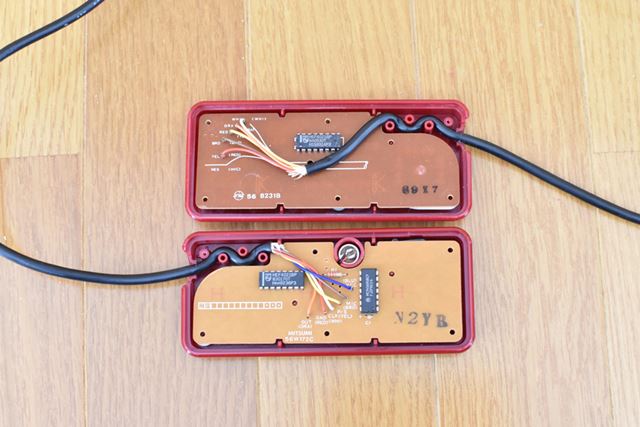 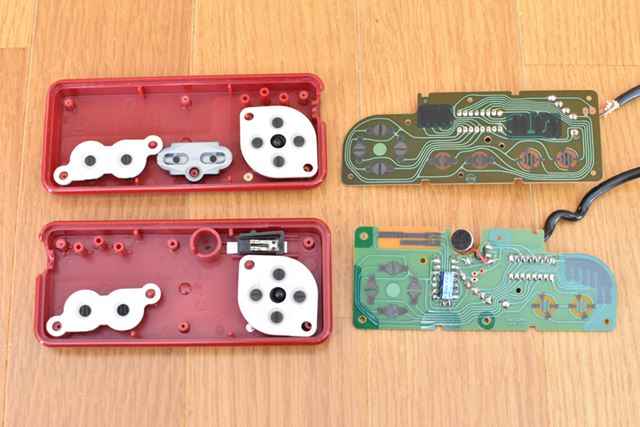 When I flipped over the base of the controller, I found rubber for each button. If you look closely, the 2CON also has a microphone. hot!

I was happy, so I tried to shoot with two microphones up. Memories of games such as “Takeshi’s Challenge”, “The Legend of Zelda”, and “Doraemon” will come back to life! “Thank you 2 Con Mike!” 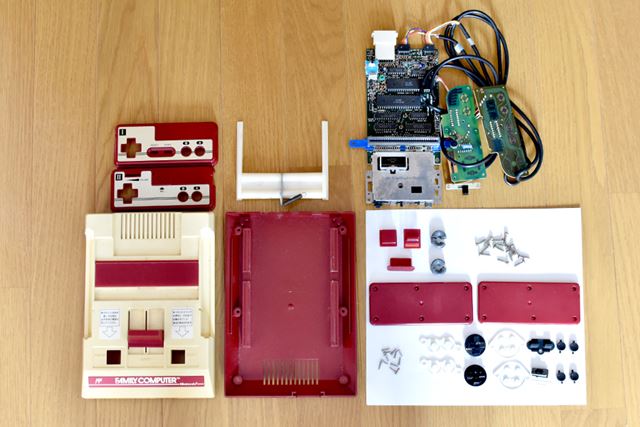 Permanent preservation version! This is the figure that disassembled the NES! It was a legacy build, so it could be disassembled smoothly

The point of bleaching is “Wide Higher EX Power”. It is said to contain hydrogen peroxide and a bleach activator, which are said to be effective in removing yellowish stains, and it seems that stains are removed by a chemical reaction when exposed to ultraviolet rays. So I decided to leave the tarai on the sunny balcony for a while. 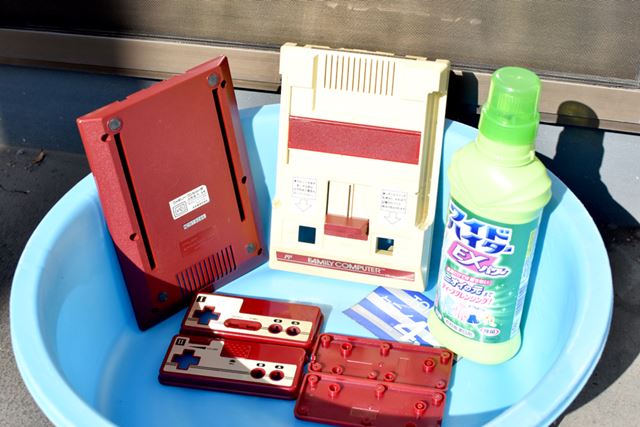 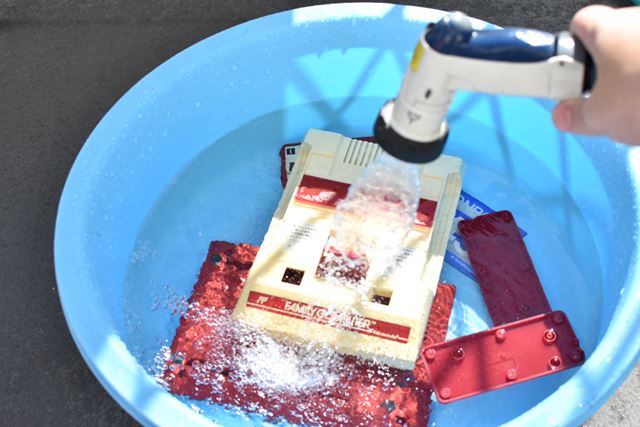 Even though it’s only the case, I feel a great sense of immorality when watering the NES 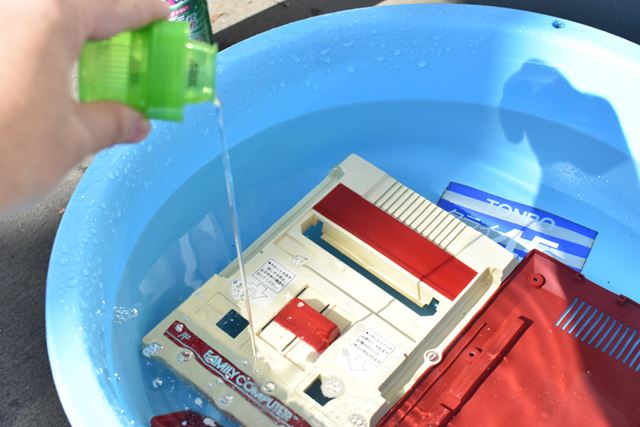 After accumulating water in the tarai, throw in wide highter EX power. This time, I tried putting 6 cups with a 40ml cap. I placed it on a sunny balcony, but what happened…

Place the tarai on the sunny balcony for 3 weeks. As mentioned above, it is necessary to expose it to sunlight, but the weather around my home from December 1st to December 21st, which was verified this time, was “7 days of fine weather, 9 days of fine or cloudy weather, and 5 days of rain. “Sun” (from the Japan Meteorological Association website) and the weather was fair. Fortunately, there were many opportunities to get sunlight, so I would expect it to be bleached smoothly. 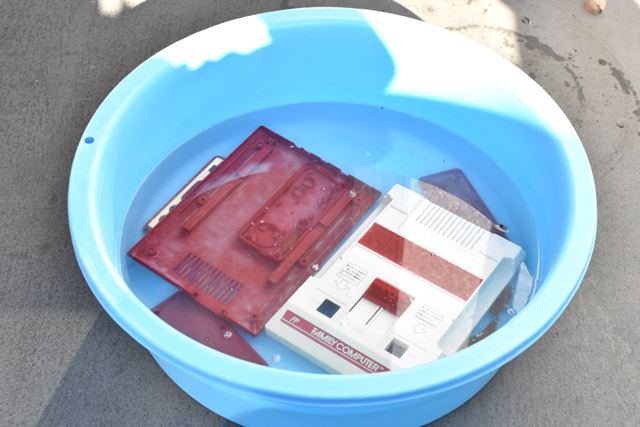 NES that have been immersed in Wide Higher EX Power for 3 weeks. If you look closely, you can see dead leaves and dead carcasses… 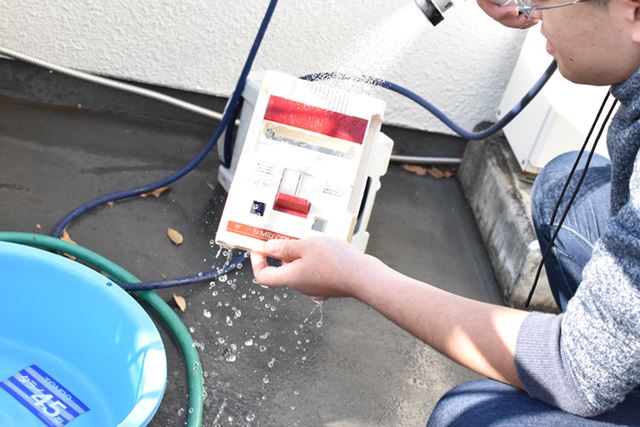 Use a shower to wash your NES. I had been soaking it for 3 weeks, so I thought it was the end 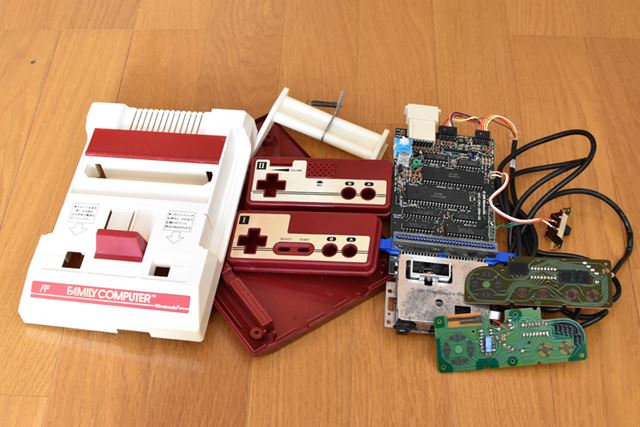 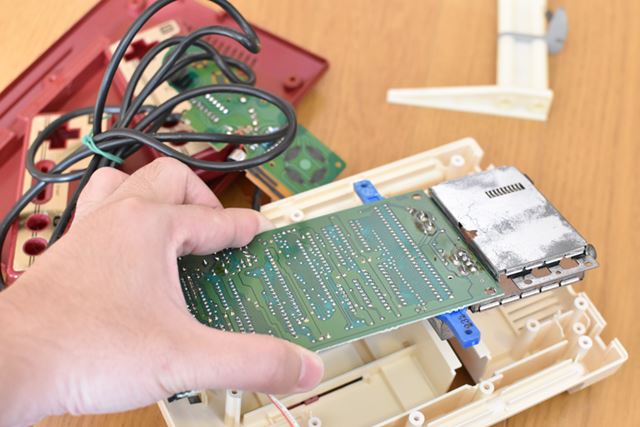 Again, assemble the NES. When I forgot the restoration procedure, the photos taken at the time of disassembly were very helpful

[Result]It turned out to be white, but it’s still one step closer to the “Mini Famicom Burr” 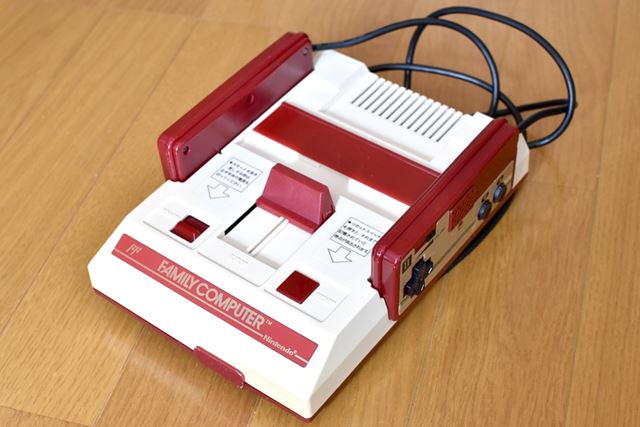 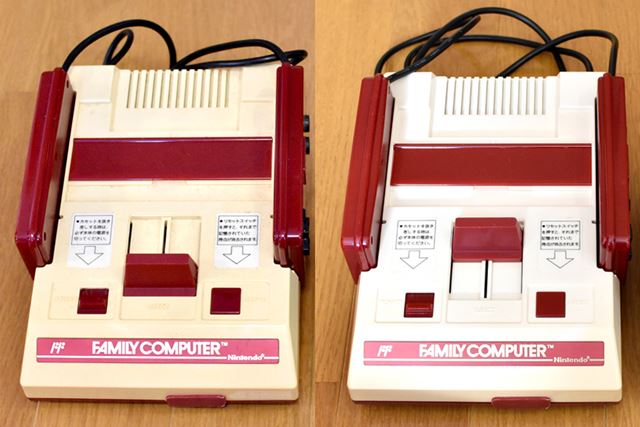 Before after before cleaning (left photo) and after cleaning (right photo). Did the yellowish stain come off quite a bit?

Oh! The yellowed NES seems to be whitened. The difference is clear when comparing before and after cleaning. Wide Higher EX power, isn’t it pretty godly? Is this a huge success? 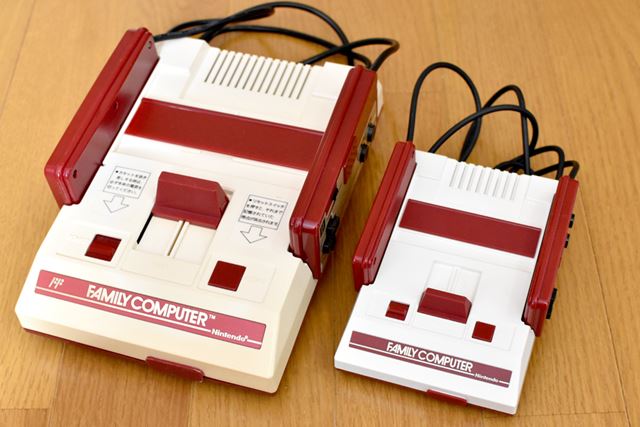 Next, I compared the NES that I cleaned and the NES, but the impression is that the whitening of the NES is just one step further. It looks like a thin stain remains on the tip of the NES. There are various reflection points such as “Is the amount of UV light too small?”, “Is the amount of Wide Higher EX power too small?”, “Is the bleach pickling time shorter than 3 weeks?” ..

That said, it wasn’t as white as the Mini Nintendo, but it turned white to a level that could be said to be a great fight. It’s a NES that I enjoyed as a kid and I remember it so much that I want to keep it clean. At home, I want to gently place the cleaned NES next to the Mini NES and decorate it carefully. Because it is “only one NES in the world”.