Although Asanzo is a brand that always advertises in Vietnam and possesses Japanese technology, Asanzo re-imports components and products from China, taps and affixes the words 'Made in Vietnam'. So is this behavior similar to Khaisilk's scandalous case earlier this year?

This morning (June 21), a number of major newspapers have published a series of investigations about Asanzo company imported Chinese goods but recorded origin in Vietnam. Accordingly, the reporter of Ho Chi Minh City's Women newspaper and Tuoi Tre newspaper have discovered a lot of container cars imported from Cat Lai port and went straight to Asanzo's factory in Ho Chi Minh City.

According to a survey by Tuoi Tre newspaper reporter, from 2014 up to now, there have been 19 companies importing Asazo-branded household electrical products from China into Vietnam. In addition, there are a number of companies specializing in importing components of Asanzo brand to assemble TVs, air-conditioners and telephones … Items imported from China to carry the brand name Asanzo do not stop at TV and machines cold phones, but also pay to everyday household items such as rice cookers, blender, oven … And of course, all of them come from China. For example, on December 9, 2016, Asanzo Media Co., Ltd. imported more than 3,000 blenders from Winstar Electrical Enterprise (China). One week drunk, the company continued to import 2,056 electric hot pot from Guangdong Zhanjiang Household Electric (China).

After returning from China, Asanzo company described by investigating reporters asking workers to remove the "made in China" stamp and replace it with the brand's stamp during assembly. . This makes the TV originated from China, after being replaced with stamps suddenly become a product of Vietnam origin. 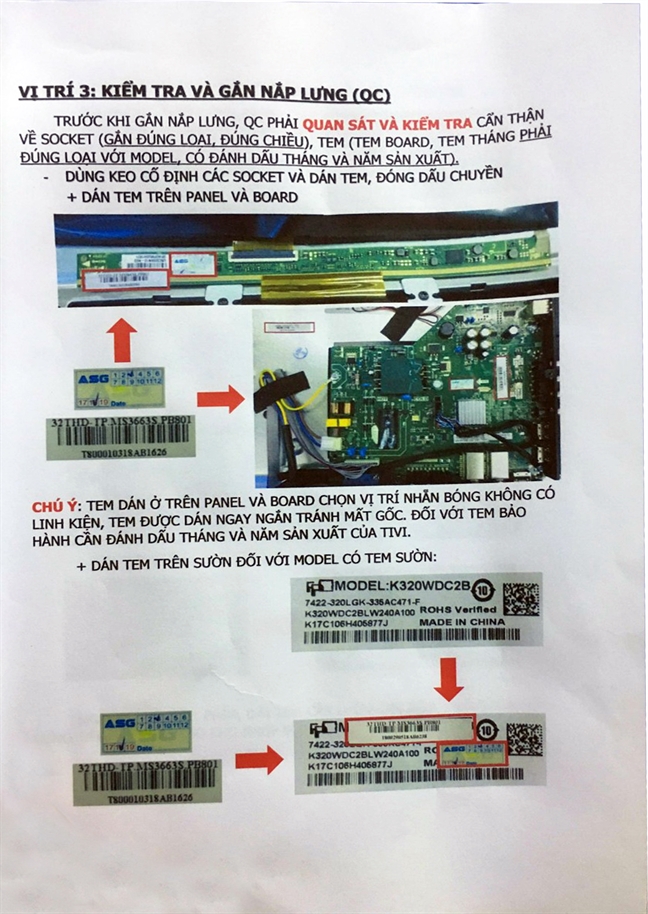 According to the Ho Chi Minh City women's newspaper, Asanzo tore the 'Made in China' label and stuck it on the 'Made in Vietnam' label.

Asanzo is a well-known company in the market with cheap household appliances, refrigeration, and electrical appliances. According to the advertising of this company, their products are manufactured according to Japanese technology lines, originating from Vietnam and owned by Vietnamese people. Made from cheap TVs in 2014, this company has invaded both refrigeration, household electricity and smartphones. This company was surprised to launch a lot of cheap products in a short time, the price is very cheap. By 2016, Asanzo's TVs sold more than 500,000 units and accounted for 15% of Vietnam's television market share.

Does Asanzo violate the law?

The head of Asanzo, Mr. Pham Van Tam – was introduced to finish 12th grade, has a passion for doing business and used to trade in old domestic television. Mr. Tam will attend the Shark Tank reality show 3 as a 'shark' and was introduced to make the famous ‘made in Vietnam 'television company.

It is worth noting that all household electrical goods labeled asanzo currently imported by 19 companies have C / O form E issued by Chinese authorities. This raised concerns about Asanzo's products being imported from China but labeled as "made in Vietnam" as the Khaisilk brand used to be and was condemned not long ago. 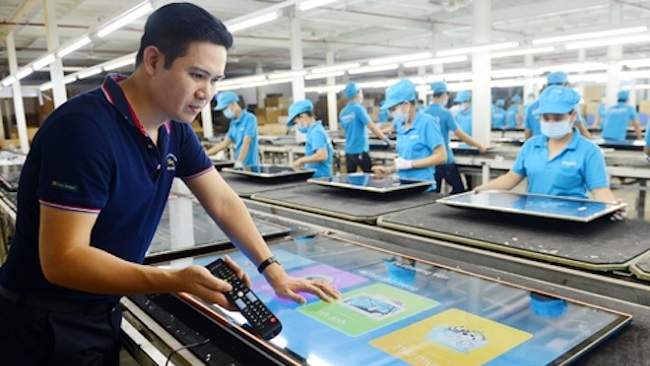 In response to this issue, Pham Van Tam said: ‘My party only assembles and inspects product quality, and will be responsible for consumers. So, outside the product, the company stated that Vietnam origin '.

However, according to lawyer Dang Thanh Tri (Ho Chi Minh City Bar Association), ‘Origin of goods is the country, group of countries, or territories where the whole goods are produced or where the final basic processing of goods is carried out in the case of many countries, groups of countries, or territories Earth participates in the production of that goods'. Therefore, if Asanzo only imports components of assembly, tearing Chinese marks and attaching Vietnamese labels, it cannot be called the place of origin of the product.

The latest development is answering VietNamNet newspaper on the afternoon of June 21, 2019, Mr. Tam admitted that Asanzo company used Chinese components for its products. However, the CEO did not mention the behavior of Asanzo's "‘ made in China "label and Vietnamese origin label.

In accordance with the existing Laws, the act of tearing up 'Made in China' and labeling of Vietnamese origin, Asanzo may act as a 'deceit customer' in accordance with Article 198 of the Criminal Code 2015. , and the offense of producing and trading counterfeit goods according to Article 192 of the Criminal Code 2015. In addition, acts of Asanzo may violate Clause b, Article 213, the current Intellectual Property Law. In it, the goods violate intellectual property rights: 'is the goods or packaging of goods affixed with marks, marks identical or difficult to distinguish them from trademarks or geographical indications being protected for the same goods without the permission of the trademark owner. or the organization that manages geographical indications'.

According to Decree 43/2017 / ND-CP, Article 9 stipulates that production and import organizations and individuals determine and record the origin of their goods but must be honest, accurate and compliant. the provisions of the Law on goods origin or the Agreements that Vietnam has signed or signed.

As such, the fact that Asanzo did not mention anything about its goods and components originating from China is wrong by law. Of course, these are all based on the existing Law and the final conclusion will have to wait for the authorities and the Court.

In addition, when a brand in the country imports products from China but rips the label and affixes it as origin in Vietnam with Japanese technology, it will confuse consumers. In fact, the ads of Asanzo never mentioned the Chinese origin of the component and only spoke of Vietnamese origin.

“Weaving Words” is a reasoning game made out of “words only”?