Recently, there were many colorful iPhone SE models, with capacities of 16/32 GB, without boxes, but with full plastic coating and not activated.

The owner of a shop selling mobile phones in Ho Chi Minh City revealed that the iPhone SE series he has imported has more than 100 units, in four colors: gray, silver, gold and rose gold. The 16GB version costs VND 2.8 million, while the 32 GB model is VND 3.1 million. However, this person refused to disclose the origin of the product.

iPhone SE was imported to Vietnam in the boxless condition and accessories. Photo: Bao Lam.

The iPhone SE models in the new shipment are completely without boxes, only wrapped in air-bubble bags with a layer of plastic. The ports are still new and all have not activated Apple warranty. When activated, the system still accepts normal machines. The battery information section shows that the device has been charged 2-3 times. The product information section displays the code name LL / A, originating in the United States.

Mr. Vu Duy, a years old iPhone business in Ho Chi Minh City, said that the shipment may be due to a US carrier. However, it is not excluded that the case they were "butt cheeks" again in another country and brought back to Vietnam. Mr. Duy assessed that the 3-year-old machine, which has been discontinued for a long time, suddenly reappeared is surprising, especially when it is still in a new condition. 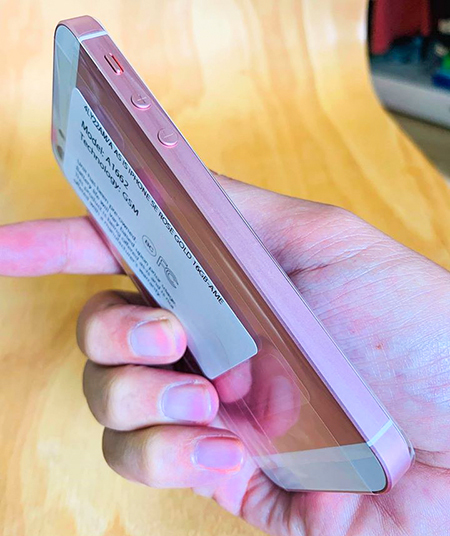 Dinh Long, a follower of Apple products, said that, with the activation and in a new state, the iPhone SE could become a valuable collection device. Besides, it can also be used as an auxiliary device because the design is not outdated, can run the latest iOS 13. However, Mr. Long also noted that due to unclear origins, buyers should be careful because the device is easily damaged and will be difficult to guarantee.