Since being defeated by the Android army, Apple has always held a special position in the global smartphone market. In terms of market share, quarterly iPhone sales are equivalent to just one fifth of all Android vendors combined. But in terms of revenue, iPhone in a quarter can bring in the amount of money Samsung or Huawei sold in half a year (or Xiaomi for the whole year). In terms of profit, Apple even accounts for more than half of the market.

The reason is simple: iPhone is the absolute hegemony of the premium segment, the segment that brings the highest profit. To see how dominant the iPhone is, look at the rankings of the world’s top-selling best smartphones quarter by quarter. The list always includes cheap Android iPhones and smartphones. In other words, only low-cost Android models can match the iPhone in sales. High-priced Android is completely beaten by the iPhone.

Based on market research firm statistics, 2019 is clearly the year of the iPhone XR. From Q1 to Q3, the list of the world’s best-selling smartphones always records the iPhone XR at the top. The fourth quarter number is not yet listed, but because the last quarter is always the most successful quarter of Apple, we can be sure that this affordable “rabbit ears” iPhone model will be in the top 5 if not ranked first.

Ironically, Vietnam did not contribute to the success of the iPhone XR. According to our observations, the major retail chains in Vietnam stopped selling this iPhone model many months ago. The second largest retailer in Vietnam even bluntly affirmed the “sluggish” situation of this smartphone: 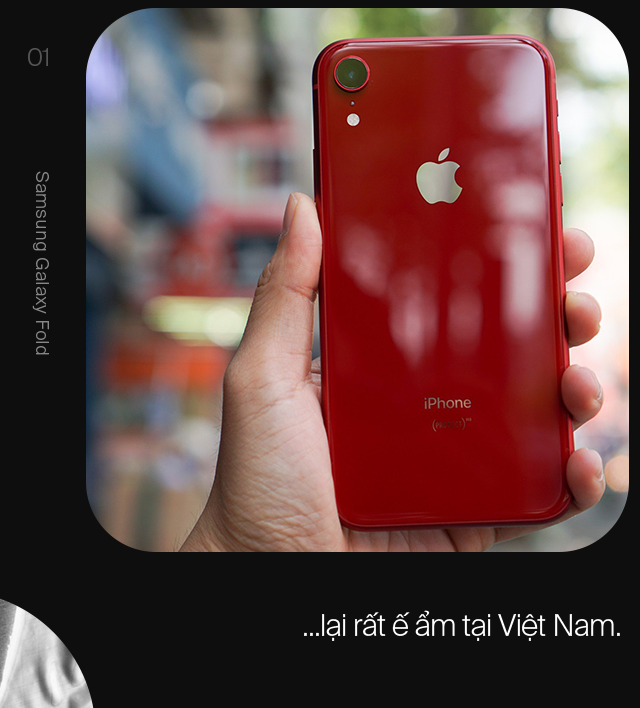 Selling well in the world, sluggish (and discontinued business) in Vietnam is not a story exclusively for iPhone XR. In March 2019, retail chains in Vietnam also announced to stop selling iPhone 8. But globally, iPhone 8 was recorded as the fourth best-selling smartphone in the first 6 months of the year. after iPhone XR and 2 cheap Samsung Galaxy models.

iPhone 8 and iPhone XR have many similarities. The iPhone 8 is the most affordable Apple-branded smartphone in the 2017 generation; As of March 2019, the list price of this product is only US $ 500. The iPhone XR is also the cheapest product in the 2019 iPhone trio, initially launched at $ 750 and reduced to $ 600 last September. When analyzing the reasons why the iPhone 8 and iPhone XR are popular, any market researcher will mention the price factor.

Another advantage is the configuration: iPhone 8 has the same configuration as iPhone X while iPhone XR has the same configuration as iPhone XS. However, in exchange for the advantage of price and configuration, iPhone 8 and iPhone XR have always lost to the “brothers” in experience. The iPhone 8 still uses an outdated 16: 9 screen, while the iPhone XR lags behind the iPhone XS in terms of screen (the XR uses LCD, the XS uses OLED) and the camera. The design between the “competitively priced” smartphone and the thousand-dollar smartphone is also very different: anyone can distinguish the iPhone 8 and iPhone X when viewed from the back, and anyone can distinguish between the XR. and XS.

The fact that Vietnamese users chill two of the world’s best-selling smartphones proves an important fact: in the high-end segment, we don’t care about price. In return, the Vietnamese really want to experience and design. Excess users do not carry the same mindset as midrange users. The price and configuration don’t mean much to them – even the more (and the more different) it seems, the more popular it is.

Looking at this strange fact, you will immediately understand why Apple’s rival, Samsung, last year promoted the Galaxy Fold. As the first folding smartphone in history, Galaxy Fold is sold in Vietnam at an “unbelievable” price: VND 50 million, equal to the Galaxy S10 and Note10 combined, and nearly twice the main iPhone 11 Pro. the firm. The iPhone paradox was first applied to Samsung when we received information that the Galaxy Fold in Vietnam had sales exceeding expectations, even in a state of “out of stock”.

As noted, the top successful businessmen like Mr. C. Luxury (specializing in selling luxury goods to the giants) or T. Japan (the owner of a very large German car showroom in Hanoi) all choose Galaxy Fold instead of the iPhone 11 Pro Max – unprecedented in the past.The Galaxy Fold is the “status symbol” (highest class symbol) at the moment. 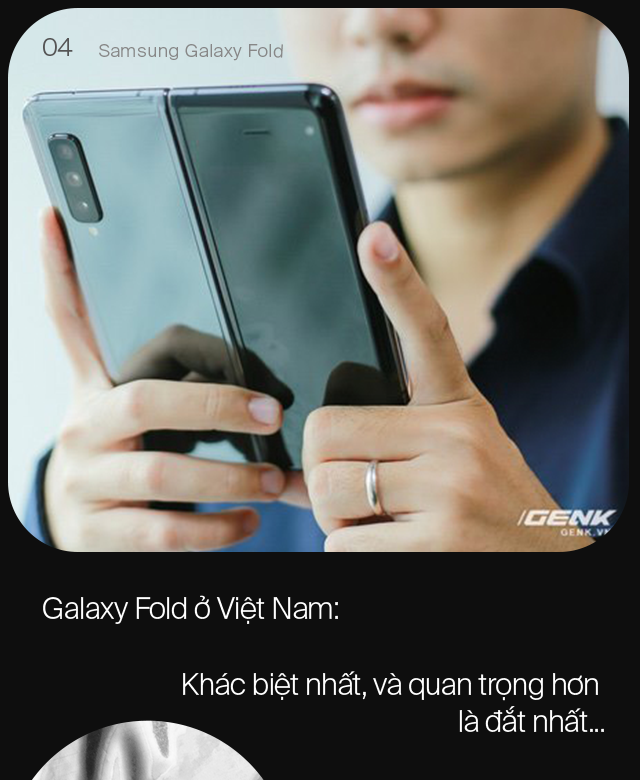 Such Vietnamese users will probably become a “leader” in the foldable era. Only a little unfortunate for Samsung: Vietnam market still seems to go against the world market. According to Samsung’s announcement to Slashgear, the sales target for Galaxy Fold during the year is only about 1 million units. At the same time, Apple sold about 6 million iPhone 11 within the first 10 days of release (temporarily calculated from data released by Counterpoint). Vietnamese users are responding best to the highest smartphone in the high-end category, while international users still love high-end smartphones … affordable.