iPhone or Samsung: which one to buy?

It’s already become routine. Every year, Samsung and Apple launch their new devices and a question moves those interested in buying a new phone: which is the best smartphone, Galaxy or iPhone? With the official launch in Brazil of the new Galaxy S21, the CCM Brazil draws a comparison between the models of the two manufacturers – S21 and iPhone 12 – so that you can make your choice well informed and know the strengths and weaknesses of each of the devices. 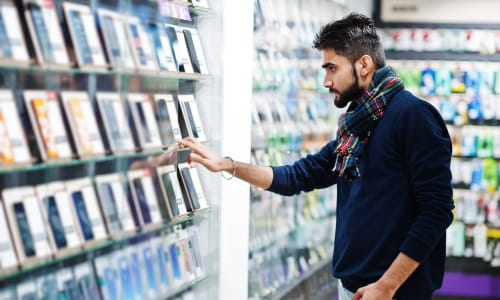 Everything you need to know about the new iPhone 12

In the first question, the undisputed victory is Samsung’s cell phone. Despite being recently launched, the device reaches the market costing R $ 5,999 (or R $ 5,399 in cash at the official Samsung store and several resellers). In turn, the iPhone 12 is on sale for R $ 8,499 (R $ 7,649 in cash). The price difference is so big that the iPhone 12 Mini with 64 GB of storage is still more expensive than the S21. Of course, you can always find more advantageous promotions on any of the devices, especially on special carrier plans.

One of the tighter disputes in this comparison involves the camera quality of the two devices. However, one thing is certain: you will get amazing pictures with any of them. Samsung has been improving the Galaxy camera continuously and this time it comes with a triple rear camera that includes mega zoom and a 64 megapixel telephoto lens. In turn, Apple continues to increase the capabilities of its renowned camera. The main highlights are the selfie mode (with 12 MP on the front camera) and the ability to take great pictures in dark environments without a flash. 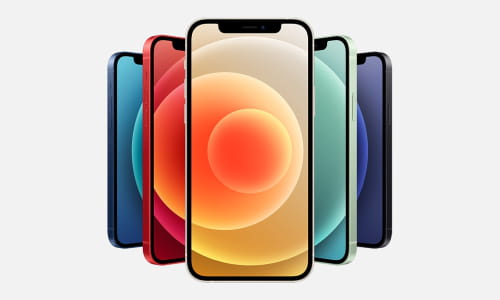 That point goes to Apple’s cell phone. And the reason for that is the A14 Bionic chip. The company’s ‘homemade’ processor is by far the best in its class. Available across the 12 line and the iPad Air, the 5 nanometer chip is capable of performing 11 trillion operations per second, according to Apple. The Galaxy S21 has chip Snapdragon 888, which is very good and an evolution in comparison with the S20, but it is no match for the performance delivered by the iPhone processor.

Android or iOS is one of those issues that generate long debates between experts and enthusiasts. And the answer about which one is better is impossible to be given objectively. Both systems have exclusive high quality features and receive constant updates, always with the inclusion of new features. Thus, the choice tends to be based on user habit. Anyone who is used to one system will take some time to get used to the characteristics of the other. However, both guarantee customer satisfaction.

Which one is the best: Draw

When will your phone receive Android 11?

Another very close dispute. The S21 screen is minimally larger than the iPhone 12 (6.2 x 6.1 inches) and the Samsung model as a whole is slightly heavier and larger than the Apple smartphone. In addition, the S21 brings an innovation in terms of design with a detail to house the cameras that may not please everyone. In turn, the iPhone maintains the already classic and beloved design by the fans. By tradition, we get the iPhone 12.

Apple has improved in this respect and user complaints that the battery did not arrive until the end of the day have decreased in the latest versions of the iPhone, but this is still a point where Samsung – and most other manufacturers – clean up. The 4,000 mAh battery is much larger than the competitor’s, which guarantees more hours of autonomy. In addition, the charging performance of the S21 is, on average, 50% higher than the iPhone 12. 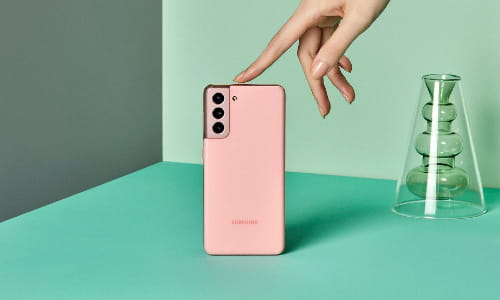 We already saw in the item Structure and Design that the Galaxy S21 is more robust than the new iPhone, ensuring greater protection against impacts and a firmer grip, preventing falls. Still, in both, be sure to have a good cover and film on the screen. In addition, Samsung models tend to be more durable in terms of performance. Many users keep the same device for years without major complaints while the iPhone becomes obsolete faster. Point to the Galaxy.

If you’ve made it this far, you’ve noticed that each device won three points and there was a tie. And the result is the same. Pointing out the best smartphone is very difficult, if not impossible. The benchmark company AnTuTu, for example. evaluates the Galaxy S21 with a score of 614,886 points while the iPhone 12 received 613,737 points. The difference is minimal.

The truth is that you must make your choice based on what you intend. If the pocket is what weighs the most in this decision, don’t hesitate to buy the Galaxy S21. On the other hand, if you are looking for a cell phone to take the best possible photos, the iPhone 12 is the best option. In addition, anyone who already has a Galaxy or iPhone tends to be loyal to the manufacturer. The choice is yours, but it will now be made with all the information on the table.