Not surprisingly, Apple’s iPhones are the best-priced products after a period of use.

Over time, the smartphones you buy will lose their value because of depreciation during use. This devaluation is inevitable, but the rates of exchange, resale and return of capital between products of different brands have a certain difference. Specifically, Apple’s iPhone products always retain the best value compared to most other competitors.

BankMyCell Company has tracked depreciation and resale value of many devices over the past several months and put together a very intuitive data sheet.

Throughout 2020, the company has tracked acquisition values ​​of the 310 most popular smartphones. Data from the statistics table shows that, Android smartphones have a depreciation rate twice as high as the iPhone. In other words, Apple’s iPhone has always held a better price for at least the first two years of ownership. 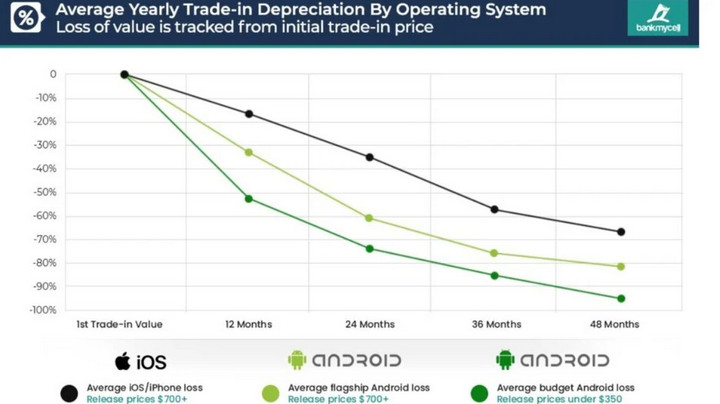 Although many will argue that the time gap has shortened, when tracking to the 4th year, it was found that the difference in the rate of loss of value between the iPhone and Android remained unchanged. Specifically, the value of the iPhone only decreased about 66.43% compare to 81.11% of high-end Android smartphones in the 4th year of use. 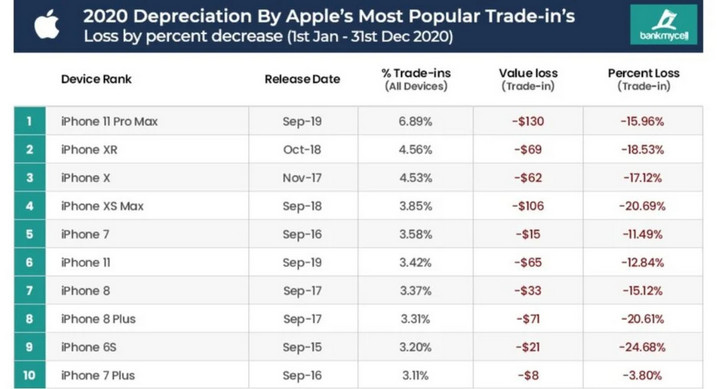 Take for example the case of the Galaxy S20 Ultra which is worth 64.71% of the original price while the iPhone 11 Pro Max only loses 32.22% of its original value after 9 months of use. Saying so to see Apple’s products so far outperformed Android smartphones in terms of ability to keep prices after using.

Tien Thanh according to Gizmochina