iPhone 11 will continue to be the "non-breakthrough" product line of Apple, but there are certainly many buyers


In addition to the biggest upgrade is the rear camera cluster, Apple's upcoming iPhone 11 models remain the same compared to the previous generation and there are not too many outstanding changes.

While Google and Samsung have brought significant improvements to their smartphones this year, some analysts say Apple's iPhone 2019 doesn't have too many changes from its predecessor, only being upgraded. In certain parts and not really considered "breakthrough".

Most upgrades of the iPhone 11 will be negligible

According to the analysts at Mizuho, iPhone 2019 is not expected to add many new features and this could directly affect Apple's smartphone business "for at least 2 years", the situation rarely occurs with the company.

To confirm, Mizuho said there will be two models of OLED iPhones and an iPhone LCD model released later this year. They still use the same panels as the 2018 models, but this time Apple is expected to completely remove Force Touch touch technology.

Talking about supply chains, Japan Display will be the main company that supplies LCD panels for iPhone 11R, followed by LG Display and possibly including Sharp. Samsung is expected to be the only provider of OLED displays for the standard iPhone 11, and share a portion of orders with LG for the iPhone 11 Max larger. Despite previous rumors, the iPhone 2019 will still have a design on the front and the overall size of the "rabbit ears" will remain the same. In addition, the screen's bezel border may be slightly cut, though not too significantly.

Inside, new iPhone models are expected to be powered by Apple's next-generation A13 chip, but Mizuho thinks they will only have "some minor changes" compared to the Bionic A12 found inside the iPhone. XS. Of course, 2019 iPhone generation obviously will not support 5G network.

Camera is the biggest upgrade of iPhone 11

According to the analysts at Mizuho, ​​the only major upgrade point on this year's iPhone models, will be an improved rear camera system, in which iPhone 11 and iPhone 11 Max will be equipped with 3 cameras on the back. However, other rival Apple companies such as Huawei, Samsung and Xiaomi have launched many new smartphones with the following 3 cameras since the beginning of this year. 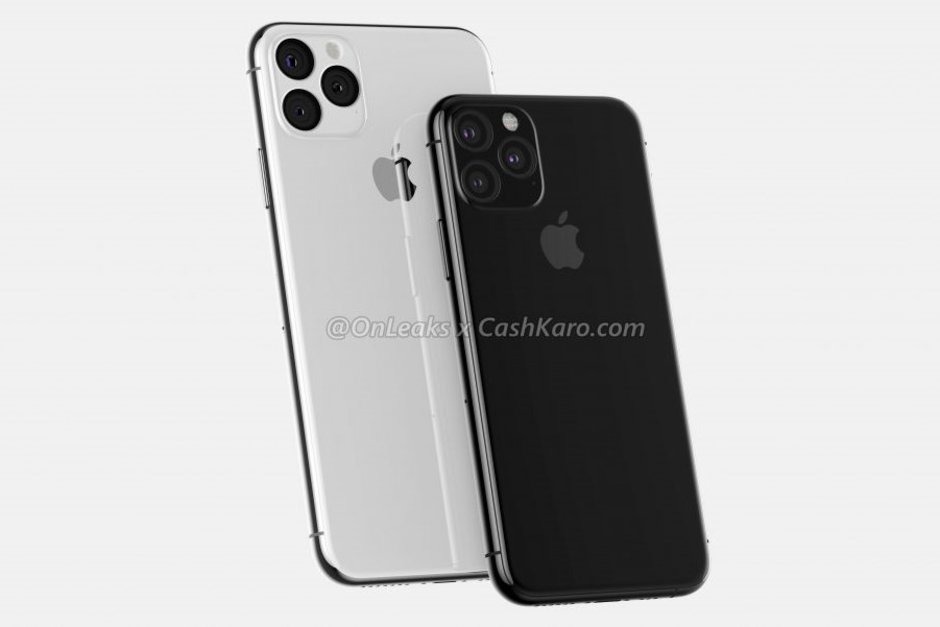 If the leak is correct, the main camera and telephoto camera on iPhone 11 and iPhone 11 Max will have 12MP resolution, supporting OIS optical image stabilization. The wide-angle camera added to these iPhone models will have the same resolution, but the optical image stabilization feature will be abandoned. However, Apple will also bring some improvements to the portrait mode for new iPhone models through upgraded hardware.

In addition to the rear camera cluster, the iPhone 2019 will also have a completely new 12MP selfie camera on the front to replace the 7MP sensor found on existing devices. They will come with a special black coating, thus making the notch evenly and more beautifully. The same coating may also appear on camera sensors on the back.

Apple was rumored to be equipped with a rear 3D sensor for iPhone 2019 models. However, after considering the features, production capacity, cost and energy saving capabilities, the company finally remove this idea. Even so, we can still expect 3D sensors on the next generation of iPhones in the future.

How to watch VTV3, VTV3 HD on the computer