As usual, there are only about 2 months left when the iPhone model of 2019 will be released and the news about the device as well as Apple is more and more popular.

According to the latest leak information on iPhone 11, this year there will be 3 new models released in September. In addition, Apple will also produce an iPhone version using a fingerprint scanner on the screen instead of scanning the face to shelf in the Chinese market.

In this article, please read about the portraits of the upcoming iPhone 11, why Apple has published a fingerprint version for the Chinese market and the change of Apple employees right away. in front of the super product launch.

It seems that the rumors so far are going in the right direction on the rear camera cluster with the square of the device despite receiving a lot of disagreements coming from users.

On the Slashleaks technology website, a simulation design allegedly belongs to the successors of iPhone XS, XS Max and XR that appeared this week.

The images seem exactly the same as the information we received in the first half of 2019, since analyst Steven Hemmerstoffer published the first images on his twitter page about the camera cluster on the iPhone. January this year.

All three iPhone products that Apple launched this year will have square camera design but for the next iPhone XR generation, the device will only own 2 lenses in that camera cluster instead of 3 lenses like 2 the other.

The design image also clearly shows that the iPhone 2019 will still use the traditional charging port as the previous generation, not replace with USB-C port according to recent rumors.

From now until the next iPhone launch is 2 months, the iPhone 2019 casing companies have also started working on their work. Filip Koroy, a famous YouTuber technology channel with over 7 million subscriptions called EverythingApplePro, has released a video showing the iPhone 11's outer shell being produced in China. In the video, Filip Koroy launched 3D models of three iPhone 11 product lines and compared the difference of rear camera cluster with iPhone 2018 series (XS, XS Max, XR). 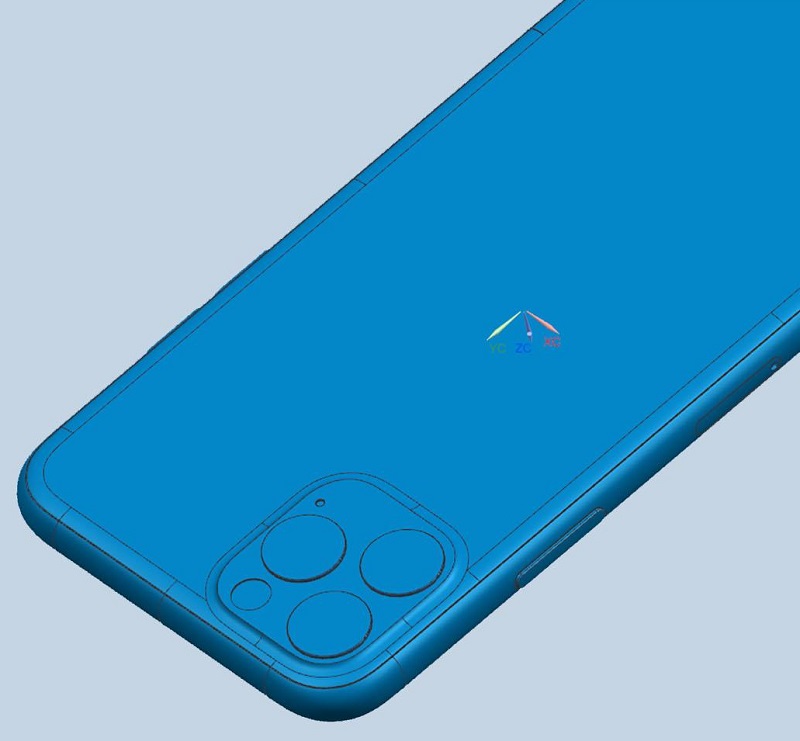 According to the information received, the 2019 iPhone models will be a bit thicker than their predecessors, although the rear camera is larger in size but will be in the same plane as the back.

Sure, Apple will bring many surprises with major improvements in the rear camera cluster on the iPhone in 2019. The lenses can include ultra-wide-angle options, powerful zoom capabilities, and high-quality shooting. in low light conditions and new features from the highly anticipated iOS 13 software.

There will be a non-Face ID version for the Chinese market … !?

Another interesting news about the iPhone over the past time is that Apple will offer a cheaper iPhone version in China. It can be said that this is a move in Apple's plan to improve sales in this country.

Recently, the trade war between the US and China as well as the competition from phone makers from the two countries have significantly reduced Apple's sales even though that number was not previously. be impressed.

According to the information from the Counterpoint page, based on the image below, it can be seen that the market share of Apple smartphones in China in 1 year has not improved even though there have been signs of decreasing quite a lot. By the first quarter of 2019, Apple's market share in the Chinese market was only 9% while domestic companies like Huawei accounted for 34%.

This may indicate that the competitiveness of iPhone in this country cannot be as strong as other brands such as Huawei, Vivo, OPPO, Xiaomi. A major factor in Apple's market share decline in a large market like China is most likely the cost of products.

According to a report from China's Global Times, cited on MacRumors, Apple could replace the current Face ID security technology with a cheaper on-screen fingerprint scanner. With such a change in security technology, Apple may reduce some production costs, resulting in a reduction in product costs.

Apple will stick with Face ID to increase its brand position, but the company can also choose to use both security methods to scan faces and scan fingerprints on the iPhone's official version. 2019.

Jony Ive left Apple, will it be good news for the Apple?

Last week, Apple officially announced the company's main designer, Mr. Jony Ive will leave the company after nearly 30 years of work. According to Apple, Ive will leave Apple to start his own business next year with a design company he founded. Apple will become one of Ive's main customers in the future.

But the fact that Mr. Jony Ive left at the present time has caused the media to give a lot of conflicting information about this issue. 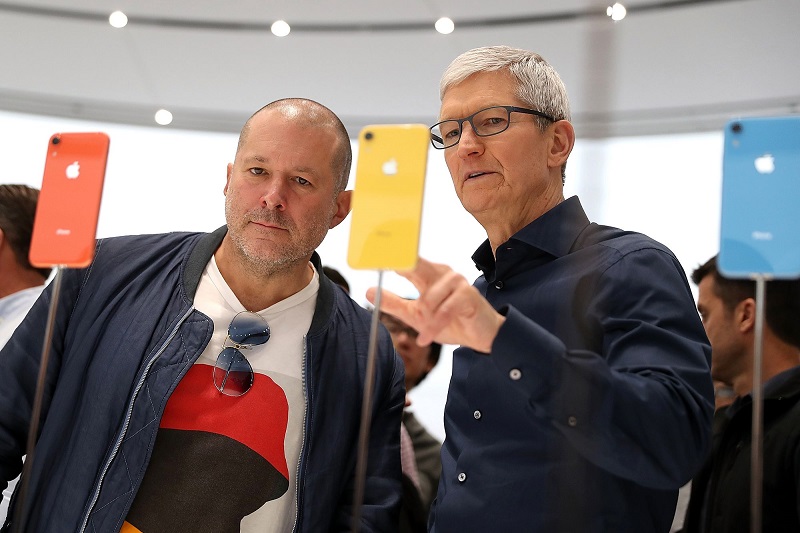 According to an article from the Wall Street Journal, design expert Jony Ive has gradually intended to leave Apple for many years because of conflicting opinions about the company's direction after the Steve Jobs era. The article said this news did not shock many Apple employees.

The Wall Street Journal also added that the fact that Mr. Ive left the company seems to have brought good news to Apple's design activity, when the fundamental change will take place. From an enterprise led by an over-specialized hardware expert, the company will rely on old designs to promote and aggressively run software and services.

However, Tim Cook has expressed disagreement with what this magazine offers, he used the word "absurd" to talk about the article as soon as it was released online. In an email to NBC News posted by Twitter reporter Dylan Byers, Apple's CEO said that many of the articles presented today are inconsistent with reality, suggesting a complete lack of understanding of how Apple works. , may distort the company's relationships.

Mr. Jony Ive did not directly answer the article. Meanwhile, the magazine that is behind this article has not yet shown a move to change the content, despite the ongoing mixed reactions.

‘Love Call Center’ Jeong Dong-Ha “Lim Young-woong, we have no choice but to do well.. It will shine for a long time.”[직격인터뷰]