On the evening of May 11th, Beijing time, Intel released the Tiger Lake-H series standard mobile processor with 45W thermal power design, which complements the last piece of the Tiger Lake family’s layout and brings a lot to this year’s high-performance notebook platform. New possibilities.

The 11th-generation Core Tiger Lake processor has the following four series. The previously released H35 is not the same as the traditional notebook standard pressure processor, but this time the H series is truly positioned for high performance. 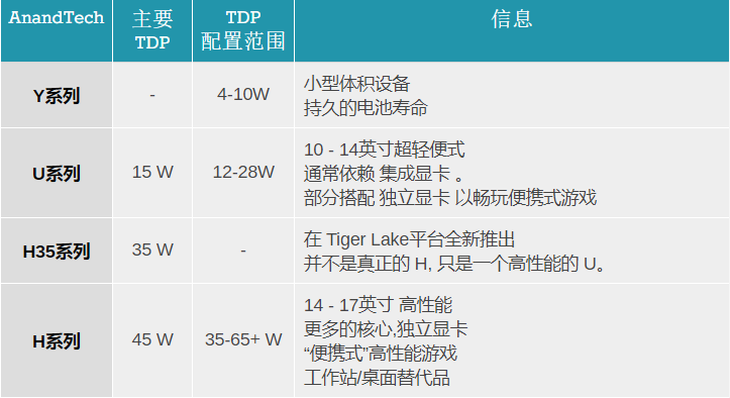 This time Intel has brought 5 new models to the consumer level. They are all Willow Cove cores built with 10nm SuperFin process. Compared with the previous generation Comet Lake-H, single-core single-threaded performance has increased by 12%, while multi-threaded The performance is improved by 19%, which is very large.

The flagship model i9-11980HK uses an 8-core 16-thread design. With the support of Turbo Boost Max 3.0 turbo frequency technology, it can increase the frequency of up to 2 cores to 5GHz, and does not lock the frequency multiplier. You can use the XTU tool for overclocking. The specifications are comparable to the desktop level. 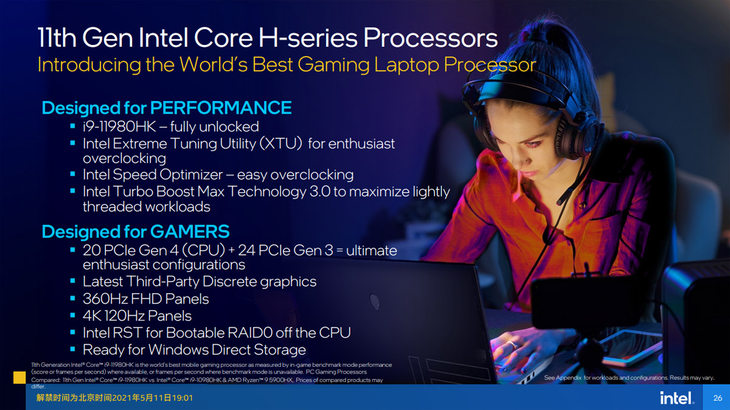 Compared with the 10th-generation flagship Core i9-11980HK, the 11th-generation flagship Core i9-11980HK has a 5% to 21% improvement in game performance under the same TDP settings. Compared with the Dragon 9 5900HX, the performance is also improved by 10% to 20%. Among them, the three games “Super Touring Car Race”, “Total War Legend: Troy” and “War Thunder” have more than 20% improvement. 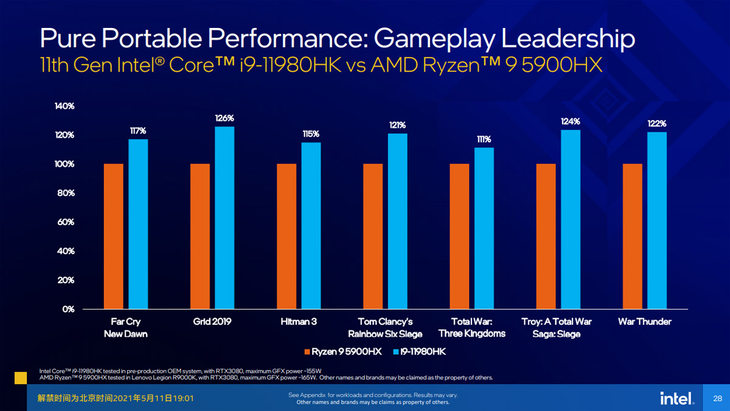 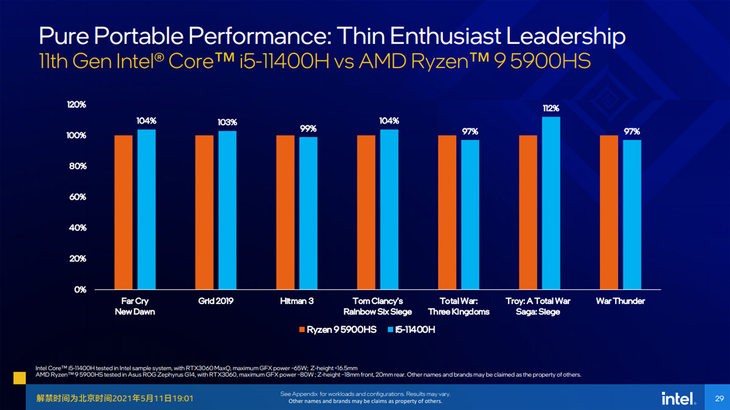 In addition, the number of PCI-E 4.0 buses of Tiger Lake-H has increased from 4 to 20 in H35. OEM manufacturers can realize the combination of 16+4 single display + SSD through the 20 buses provided by the CPU, or realize the combination of single display plus dual/triple SSD through the 8+4+4+4 mode, or even through Intel RST Technology to achieve RAID 0, to provide gamers with better data throughput. Moreover, the matched PCH can provide 24 PCI-E 3.0, and the entire platform can provide 44 PCI-E channels, which has a very powerful expansion capability. 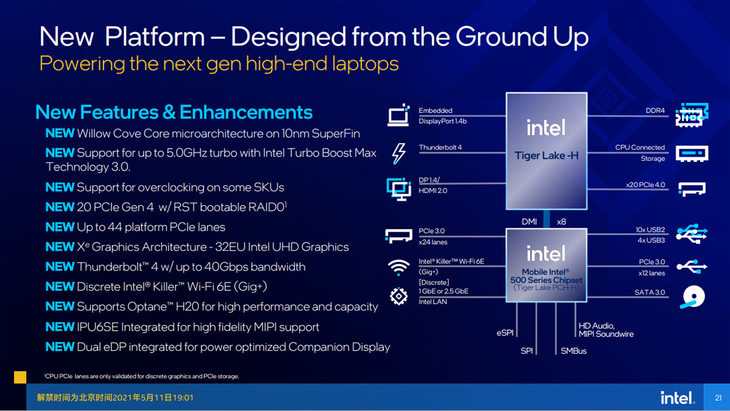 The Thunderbolt 4 controller integrated in the CPU can provide a high-speed I/O interface with a speed of up to 40Gbps. A single cable can achieve multiple functions such as power supply, data transmission, and video transmission, providing users with very flexible high-speed connection capabilities. The DMI bus connecting the CPU and PCH has also been upgraded from x4 to x8, which has doubled the interconnect bandwidth. PCH can provide 4 USB 3 and 10 USB 2.0 interfaces, and supports WiFi 6E, with very strong I/O expansion capabilities. . However, because this series of processors are usually paired with a standalone display, the nuclear display scale has also been reduced from the highest 96EU of the H35 to 32EU. 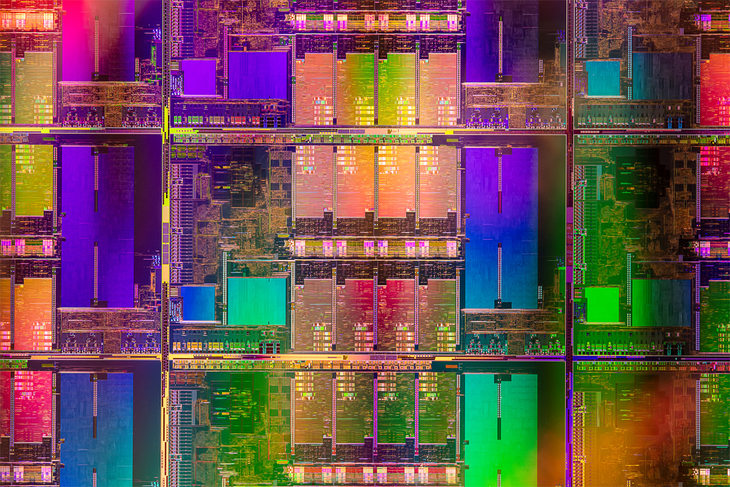 Tiger Lake-H can support up to DDR4-3200 memory. Like Rocket Lake-S processors, the Gear mode of memory is introduced. By default, Gear 1 mode runs on DDR4-2933 and below, while DDR4-3200 runs. In Gear 2 mode, users can also use XTU to adjust. A large number of high-performance notebooks equipped with this series of processors will also be released one after another starting today. 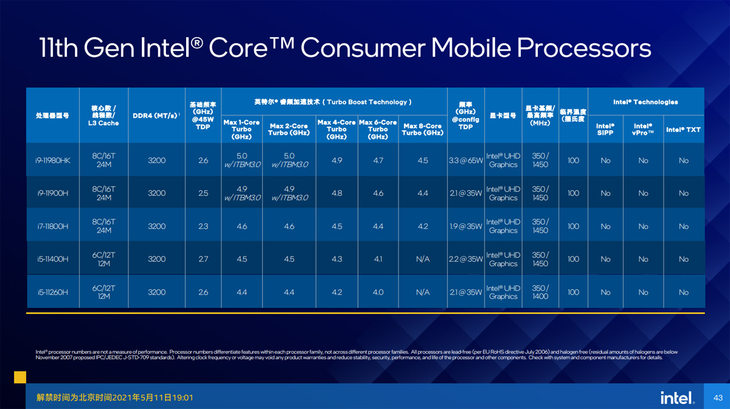