Indonesia hopes the new US administration will strengthen cooperation with ASEAN 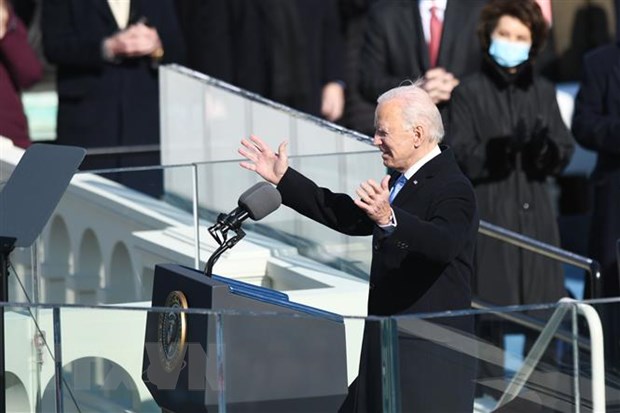 On January 21, Indonesian Foreign Minister Retno Marsudi said that Indonesia has high expectations of US President Joe Biden’s regime because the US is one of Indonesia’s most important partners.

This hope is even greater when the world is facing the COVID-19 pandemic, an effort to restore the economy, maintain world peace and stability in the context of fierce competition between the great powers.

According to the VNA correspondent in Jakarta, speaking at the press conference, Ms. Retno Marsudi expressed her hope that the new US government would stir up the spirit of multilateralism and international cooperation. Because in the past four years under the leadership of former President Donald Trump, the US has really often prioritized unilateralism.

Many unilateral US policies during the Trump era have affected stability and peace in the world. Unilateralism is very detrimental for other countries, especially developing countries. Indonesia hopes the US will strengthen cooperation with the United Nations to respond more quickly and effectively and strengthen the World Health Organization (WHO) against the challenges of this unusual pandemic.

The United States can also reinforce its commitment to world peace and stability, especially amid increasing competition from major countries.

In addition, Ms. Retno Marsudi said that the US could strengthen its commitment to strategic partnership with ASEAN and strengthen its centrality in Southeast Asia to maintain stability and peace in the region, especially. on the South China Sea issue.

The Indonesian Foreign Minister also hoped for positive US contributions to the settlement of the Palestinian-Israel issue in a fair and consistent manner with the resolutions of the United Nations, including a two-state solution.

Ms. Retno Marsudi said that the US should avoid unilateral actions and solutions that are inconsistent with international law. Other way, Indonesia is also ready to work with the US to continue to support the comprehensive peace process in Afghanistan.

Retno said that for economic issues, the US can play a role in assisting a solid and sustainable world economic order, especially after the COVID-19 pandemic.

The United States can be part of an effort to promote an open, fair and mutually beneficial world trading system.