In the future, we will embrace new laptop design styles with Samsung’s OLED screen technology

See also: Samsung’s 90Hz OLED display will take laptops to a new level, the first device expected to launch in the first quarter of this year.

In the launch video, Samsung Display talked about the future of OLED displays. According to the company’s orientation, this technology screen will be used to develop thin and light devices with high mobility. In addition, this screen also unlocks a series of breakthrough design possibilities, such as the inner folding screen, multi-fold screen, scroll screen, slide, … 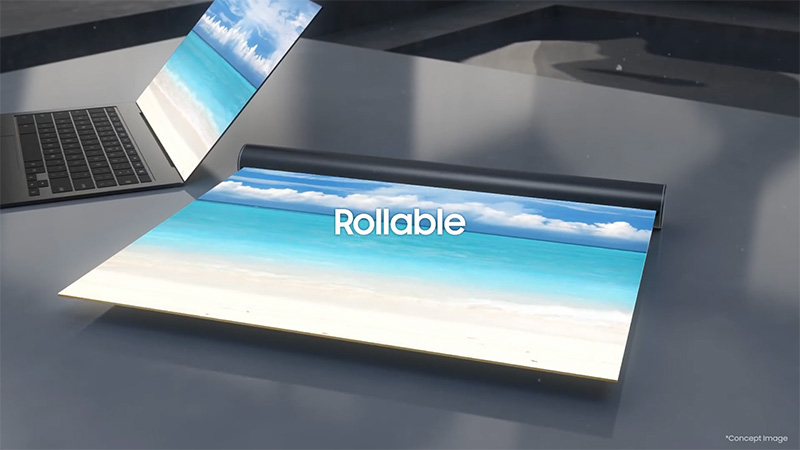 These ideas allow the company to create and create novel laptops. Imagine a laptop with a screen that slides, extends to the sides, or a screen that can extend height by scrolling up from the hinge …

In fact, a laptop with an expandable screen is not a crazy idea. In 2017, Razer launched a multi-screen laptop concept called Project Valerie, but the experience is still limited to the individual screens. 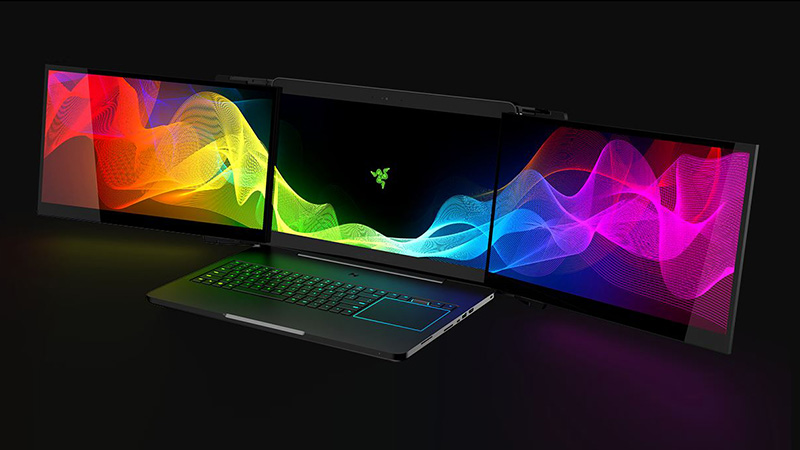 Another good example is the Lenovo ThinkPad X1 Fold laptop, a foldable laptop with a 2K OLED screen. In terms of ideas, Lenovo has done very well and has captured the pioneer position, but in fact, this product of the company has many problems related to practicality and price is too high. 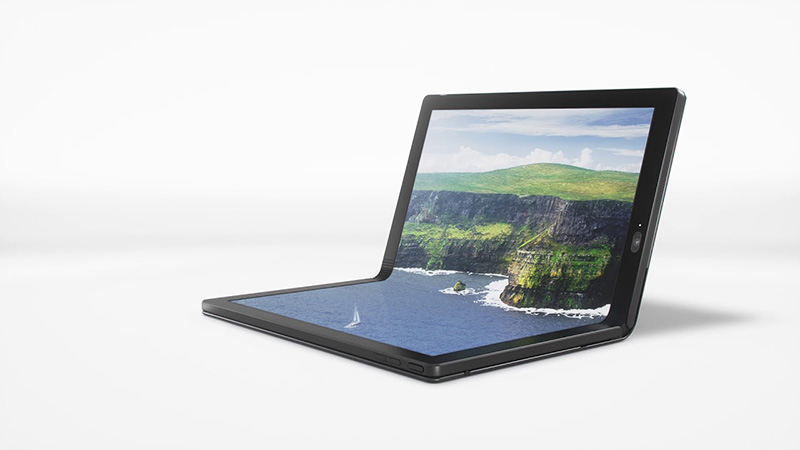 From the examples above, we can hope that Samsung will learn and release more complete OLED laptops.

Samsung Display’s laptop OLED screen technology promises to optimize design aspects like thinness and weight. Specifically, screens using this technology will have thinner bezels as well as thinner panels (reduced from 2.1 mm on conventional panels to only 1 mm). In addition, the weight of the panel will also be 30% lighter than the conventional panel and the camera technology hidden under the screen will be used by Samsung on the new panel. 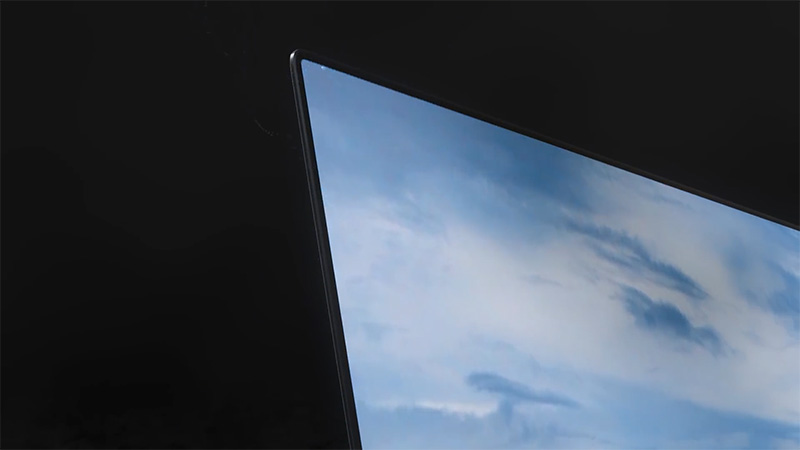 The ultra-thin bezel of the OLED screen. Source: Samsung Display 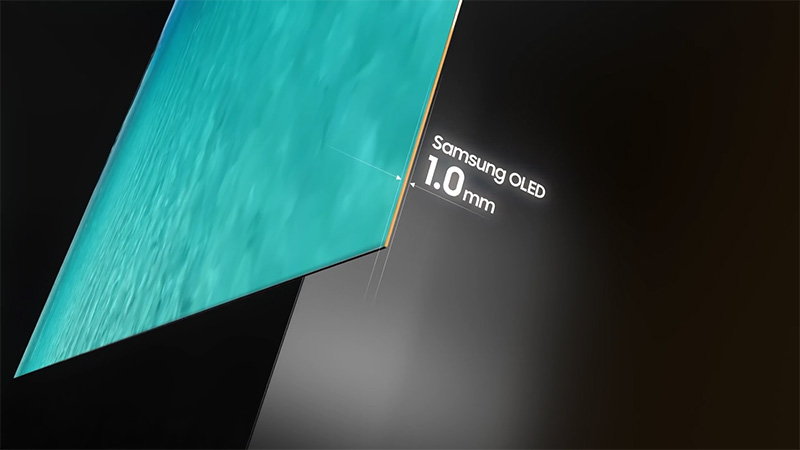 The thickness of the panel is reduced to only 1 mm. Source: Samsung Display.

It can be seen that with the modern laptops being designed increasingly thin and light and elegant, this is understandable because the thinner the devices, the more advanced and complex machining quality, thereby making those devices become more advanced. In addition, most of the thin and light laptops also show high aesthetics and are easy to carry with you to use.

By optimizing the screen bezel size, panel thickness as well as weight, Samsung Display’s OLED technology will continue to encourage this laptop-making trend. At the moment, the world’s thinnest laptop is the Samsung Galaxy Chromebook with a thickness of 9.9 mm. Maybe in the future, we will see even thinner and lighter laptops using Samsung Display panels. 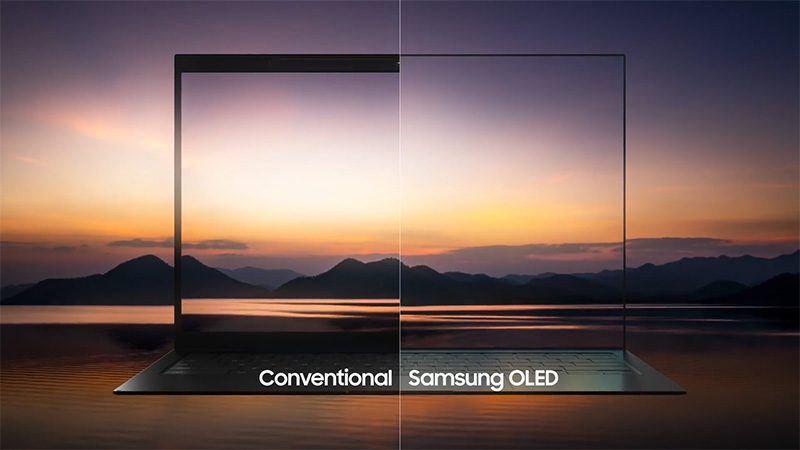 An advantage of OLED screens in general and Samsung OLED screens in particular is that the display quality is superior to traditional IPS screens on laptops. Specifically, the colors on the OLED screen will be much brighter and more vibrant than the old screen, Samsung calls this technology Ultrapure Color. What’s more, Samsung’s OLED display covers a much wider range of colors than regular displays. 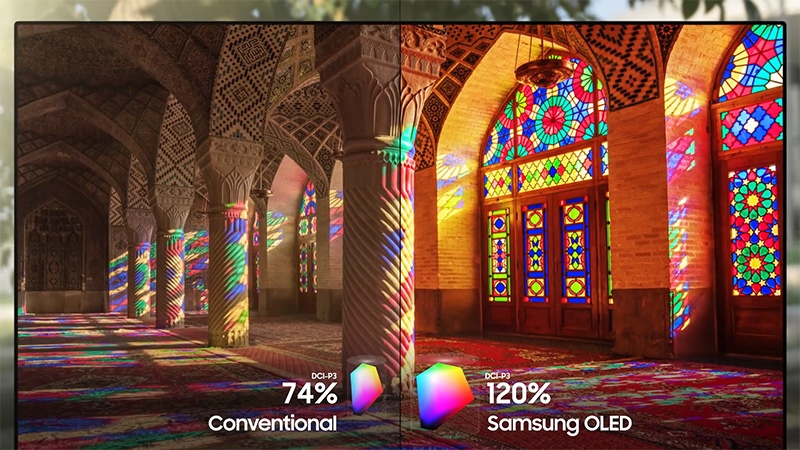 The picture quality is superior to Samsung OLED screens compared to traditional ones. Source: Samsung Display. 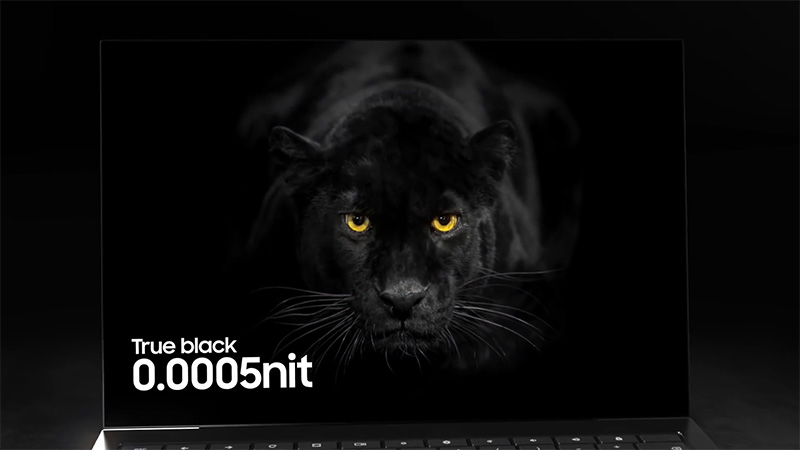 Samsung also integrates another feature that reduces blue light, helping to protect the user’s eyes, especially for young users with sensitive and vulnerable eyes. Samsung Display’s OLED screen has 6.5-7.5% less blue light output. The company also claims that the image quality of its OLED display at a refresh rate of 120 Hz will be equivalent to that of a conventional display at 240 Hz.

In short, I consider the OLED screen for the Samsung Display laptop both capable of displaying good and friendly to the user’s eyes. 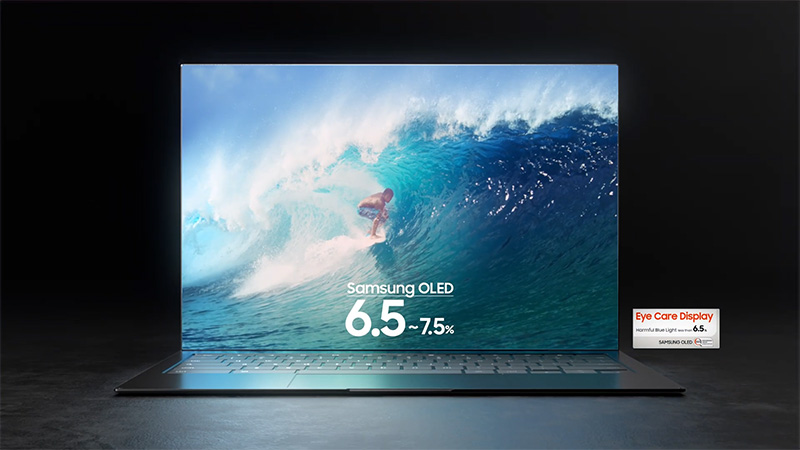 The new OLED screen will have up to 7.5% less harmful blue light. Source: Samsung Display.

It can be seen that Samsung Display is very confident with what OLED screen technology for its laptops. Let’s wait and see how Samsung and other laptop brands will take advantage of this technology on their products in the future.

What is your impression of Samsung Display’s OLED screen technology? Please leave your comments below.

See also: Not a smartphone, this is the first Samsung device to feature a hidden camera under the new screen