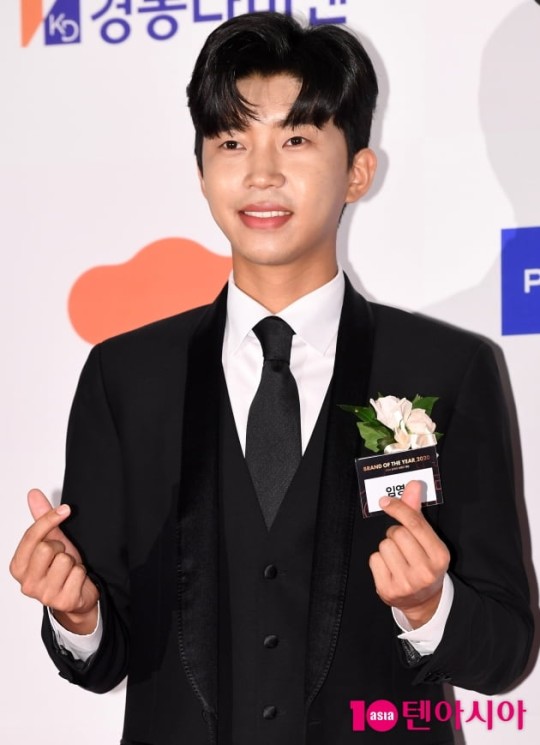 ‘Age of Heroes Band’ donated 11.24 million won to the NGO ‘People Selling Hope’ on the 9th.

This donation will be used for the ‘Cambodia Jungle Forest School Creation’, one of the Cambodia School Hope Project. Now, the goal is to spread the good influence of Young-woong Lim, who will advance overseas beyond Korea, and to help the poor educational environment of Cambodian children. As a result, Siem Reap Coctnut Elementary School is building a new, sturdy classroom with bricks by covering the site of the torn down of an old wooden classroom. 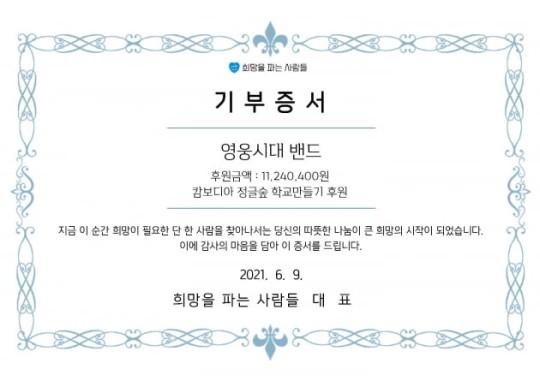 The donation for Lim Young-woong’s birthday by ‘Band of Heroes’ is the second precedent activity following the first donation of 12.32 million won delivered to Severance Children’s Hospital on the 2nd. 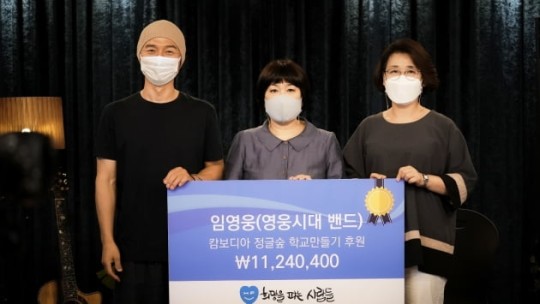 ‘Age of Heroes Band’ is a gathering that started at the Hero’s Era official cafe in Seoul, and as the number of members increased, fans from overseas also gathered from across the country. With donations amounting to 100 million won, it has been serving as a lunch box service at Seoul Station since a year ago. Recently, we are forming a desirable fandom culture by operating a ‘True Deokhu Class’ for novice Hero Age members.

In addition, Lim Young-woong’s fans, who are active all over the country, are continuing their cheering activities to commemorate his birthday (on the 16th). Seoul, Jeonbuk, Daejeon/Sejong, Gyeonggi, Daegu/Gyeongbuk (Pohang, Gumi), Gangwon, Incheon, Busan Buses across the country are celebrating his birthday, etc. In addition, Lim’s fans are planning various events such as outdoor advertisements and subway advertisements. 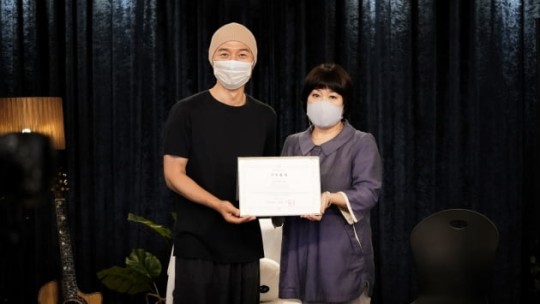 Im Young-woong is currently active in TV Chosun’s ‘Call Center of Love’ and ‘Mulberry School’ with a unique sense of entertainment.

In addition, Lim Young-woong’s official YouTube channel subscribers are 1.18 million, and the cumulative number of views has exceeded 870 million. There are many videos on the channel that are recording hundreds to tens of millions of views, such as ‘Now I believe in only me’ and ‘The story of an elderly couple in their 60s’.