3 fixed fans! ??The story of the bottom idol

This work is a TV anime original work.
The four main casts are for the project to make this work
A new voice actor selected at the audition. A short animation of about 10 minutes per episode.
Directed by Shota Nakano, produced by Shin-Ei Animation 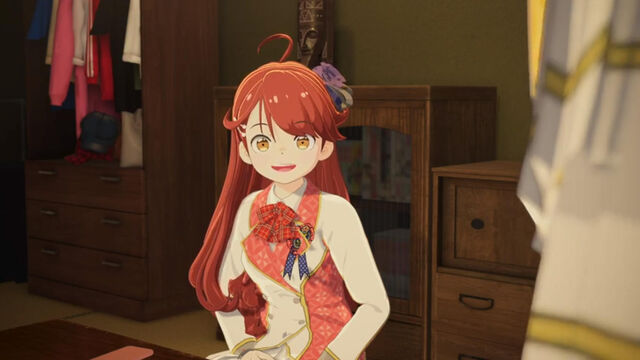 At the beginning of the first episode, it is a scene that can be said to be important in any animation.
I wonder what kind of work will start, such a feeling of expectation
This work folds in a snap.

Another idol who was watching it

I’m confused for some reason.
In response to such confusion, “Ruka” drank up and answered as follows.

This is the beginning of one episode. Surprisingly boring.
Is this really a gag? Isn’t it?
It’s an incomprehensible line that can’t even make that judgment.

With this, you can tell if “Ruka” is a minor. However, the setting is 22 years old.
There is no problem even if it is not non-alcoholic.
Tsukkomi is meaningless because the blur is not established as a blur,
There is no fun as a gag. Desperate slippery and even chills. 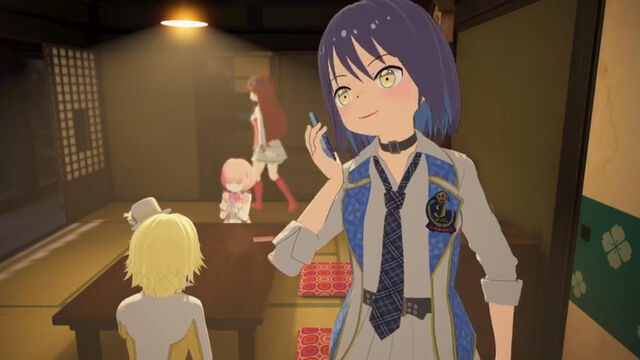 They are bottom idols. Even though it is the 3rd anniversary of the formation, only 3 customers are filled.
Four people live in an old folk house, and every day I wonder why they can’t sell.
Although I am aiming for the Budokan, the reality is harsh.

They, who can only gather three guests,
How on earth do you fill the venue for 100 people?
What is the “figurine” that suddenly started to speak?

I can’t laugh at the gag at all,
I’m curious about the story as an “idol anime”. 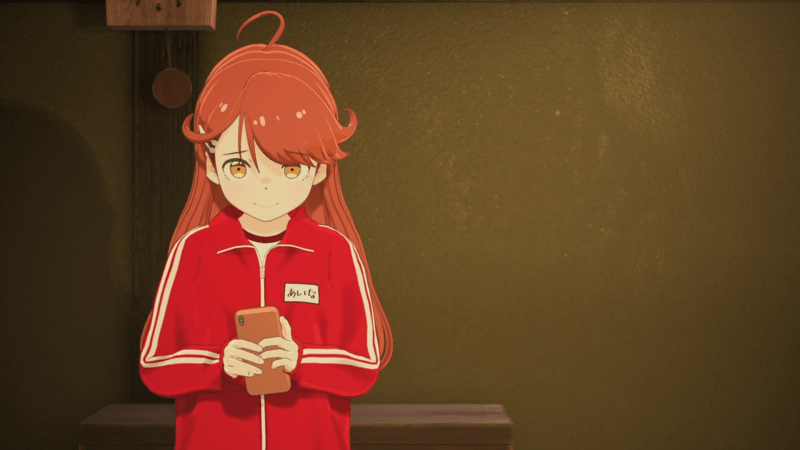 “Aina” tells her family that she is an idol
I haven’t said it for 3 years. Somehow embarrassing.
However, the situation is so tight that it cannot be said.
Because she decided to become a “grandfather living next door”
Confess that you are an idol.

The idol who was a cliff at the time of episode 1
The members will change as they are cornered further.
It ’s not bad for showing the story,
Changes in the cornered situation also dig into the character
linked.

As an idol who can’t sell, as an idol with a lot of cliffs
I will do my best to think about what they can do in 9 days.
The everyday portrayal of this humble idol activity is not bad,
As the story progresses, each person becomes firmly attached.

By the way, gag can’t laugh even 1mm.
Even though the story is not bad
Like every time, the afterglow of such a not bad story
I wonder if the gag that is slipping is a little more manageable
I almost hold my head.

However, a gag that seems to hold such a head
You will be able to feel the strange taste just because you are slipping.
I can’t laugh, but the gag of this work is okay
You can think about it from the middle stage. 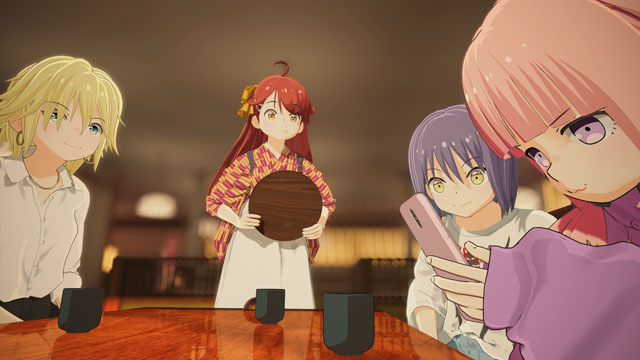 Parents also say various things because they are idols who cannot sell.
The days when my part-time job continues, the circumstances that can never be said to be wealthy,
Even if I continue to be an idol as it is, there may be no future.

Because they have been idols for 3 years and have only 3 fans
Realistically, I’m worried about the “future” and think about my friends.
Still, they remain “idols”.
Even if the future of eating weeds awaits.

Because such girls were at the bottom like that
An invitation to make a “major debut” is also coming.
But that’s not what they really think of as an idol.
However, “selling” is their desire because they have been at the bottom for three years.

However, “old fans” deny the appearance of such girls.
Only 3 fans, fans who have been supporting us for 3 years
They deny that they will make their debut in a different way after working hard for three years.
They answer the thoughts of such fans. 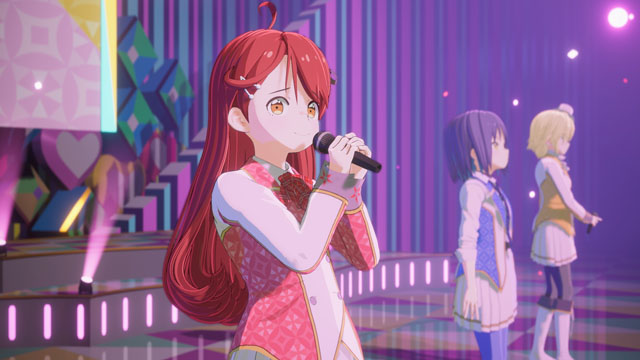 She worked hard for nine days.
The result comes because I worked hard

“I love your logos, Idols!”

Psyllium that looks like more than 100 people
It’s a proof of the love of the fans and their hard work.
Because it’s a bottom idol, it’s because it’s the bottom.

Once I thought about another way, and once I tried to become a colored idol.
However, they broke their shell and became “idols”.
Stand on the stage like you are.
Fans answered such girls, and the capacity of 100 people was born.
1 Cool and beautifully draws the story of “idol”.

However, the epilogue that he went to “Budokan” a year later
It’s a little abrupt, and it’s a fairly unreasonable development.
“New bottom idol” was also mentioned at the end,
To put it bluntly, the feeling of snake foot is undeniable.

There were various things, but the bottom idol filled the capacity of 100 people.
When it was over, it ended with a refreshing story,
It is a work in which the epilogue for the development of the sequel has been carried by the sequel. 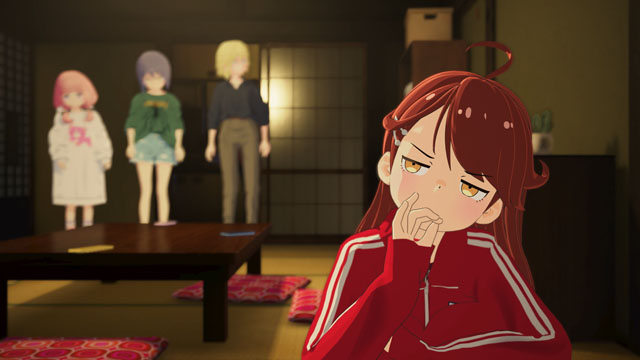 Overall, it’s an interesting work as a story of “bottom idol”.
The bottom idol who didn’t sell for 3 years, I was idol with such inertia
They struggle to fill the “9 days later” live.
This core story is not bad.

In the story of doing what you can do little by little at the bottom
The four main characters will stand up properly,
Thinking about their own awareness of “idols” and what they are “idols”,
That leads to results.

The last part feels a little opportunistic,
Although the epilogue is nothing more than a snake,
It tells a story that feels not bad at all.

In the epilogue, it also has an atmosphere that seems to be doing the second term,
If there is a story of “sold girls” and “new bottom idols”
It was a work that made me want to see it for a moment. 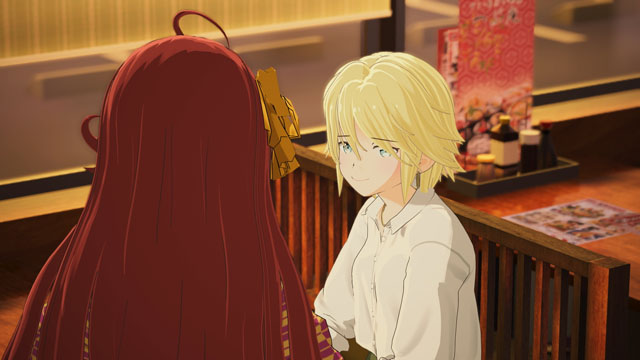 The gag in episode 1 is really messy,
As a viewer, I wonder if this work is really okay
I was worried, but from the middle stage, such a gag
It’s a work that isn’t bad except for gag, as it’s less slippery.

Even the part that feels like opportunism in the final stage
If there are 2 more episodes in all 12 episodes instead of all 10 episodes
Just because a convincing storyline might have been born
This half-finished scale is a little sloppy.

Some people may have cut it because one episode is slipping, but
If you take a closer look, the fun that makes you feel “not bad”
It is a work that oozes out.

I don’t know if there are two terms,
If there is, I hope that the mystery of the “figurine” will be solved.