Idol chart rating ranking, Kang Daniel’s most votes for 127 weeks in a row 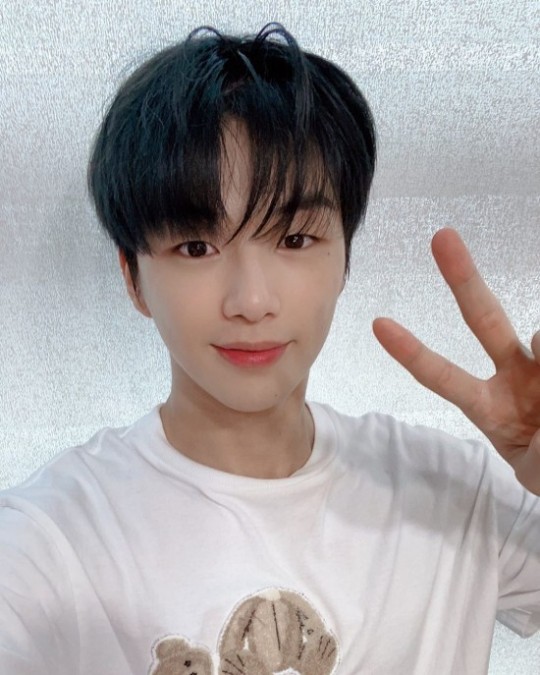 Singer Kang Daniel rose to the top vote in the idol chart rating ranking of the 3rd week of August.

Kang Daniel, who ranked first for 126 weeks in a row in the 2nd week of August. The first place in the third week of August also increased to 127 weeks. 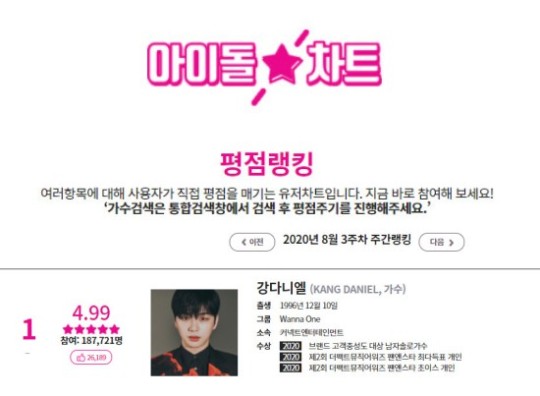 On the other hand, Kang Daniel is going to make a surprise appearance on ‘1 Night 2 Days’.

In the second story of KBS 2TV ‘1 Night 2 Days Season 4′(hereinafter ‘1 Night 2 Days’)’Summer Vacation Special’, broadcast at 6:30 pm on Sunday (30th), from last week to the end of the watermelon sale The members who challenge themselves are drawn.

Previously, the members of ‘1 Night 2 Days’ who obtained pocket money by selling watermelons to acquaintances such as Park Myung-soo and Yoo Min-sang, attacked’Music Bank’ by surprise and started the’Watermelon Auction’ for the first time in history. The six men are scattered and visit the waiting rooms of the singers, hoping to create an unexpected and unusual chemistry.

First, the eldest brother Yeon Jung-hoon visits Kang Daniel’s waiting room. In order to overcome the awkwardness, Yeon Jeong-hoon, who was shouting ‘1 night and 2 days’ slogan at the beginning of the day, said, “I’m honestly not good at this!” However, the two who showed a breathtaking atmosphere at first say that they promise to form a sudden duet, making them curious about the honey chemistry they will show.