Right after the complete image of the Hyundai Elantra N was revealed, the Korean automaker also decided to release the first two teaser images of the high-performance C-class sedan before the market launch date.

Hyundai Elantra N is currently one of the most awaited Korean car models by car enthusiasts, as this is the first time this 31-year-old sedan has a high-performance version to compete with rivals from Germany. and Japan.

Recently, on the Internet, images of the Elantra N model appeared on the streets of Portugal without any camouflage. And after only 2 hours, the automaker from the land of Kimchi also released teaser photos of the next member of the “big family” of high-performance cars N Performance. 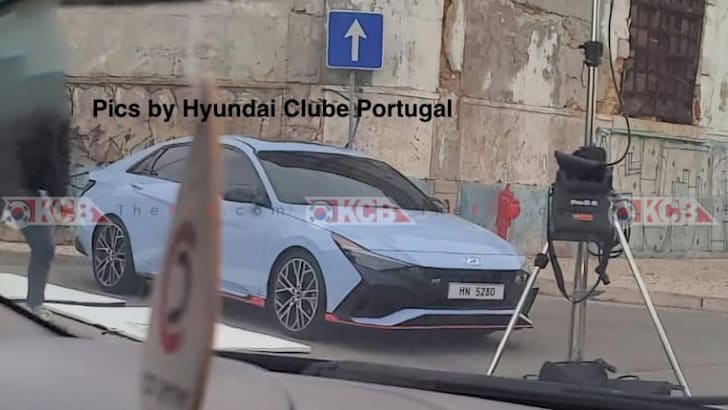 Through the images, it can be seen that the Elantra N stands out in the typical Performance Blue tone of the N Performance branch. Accordingly, the overall design of the car remains unchanged compared to the regular version, with angular and “dangerous” lines, but Hyundai has changed and added a series of new details to increase the car’s character. “aggressive” for the sedan. 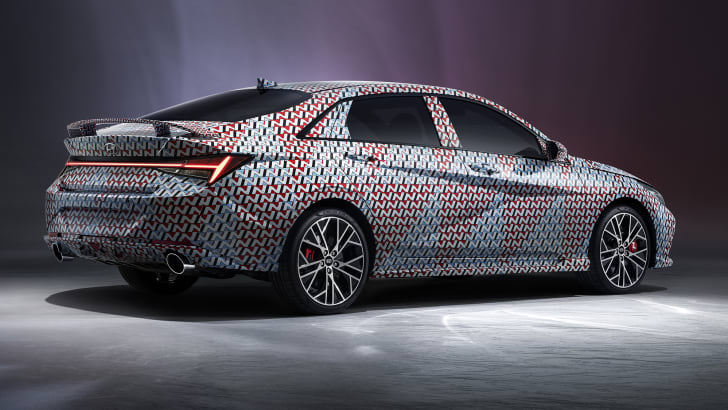 Accordingly, it can be seen that the grille is now completely glossy black, while the front bumper, bodywork, fixed spoiler and diffuser are a combination of black tones with red accents. contrast, highlighting the strong and fierce look of the car. 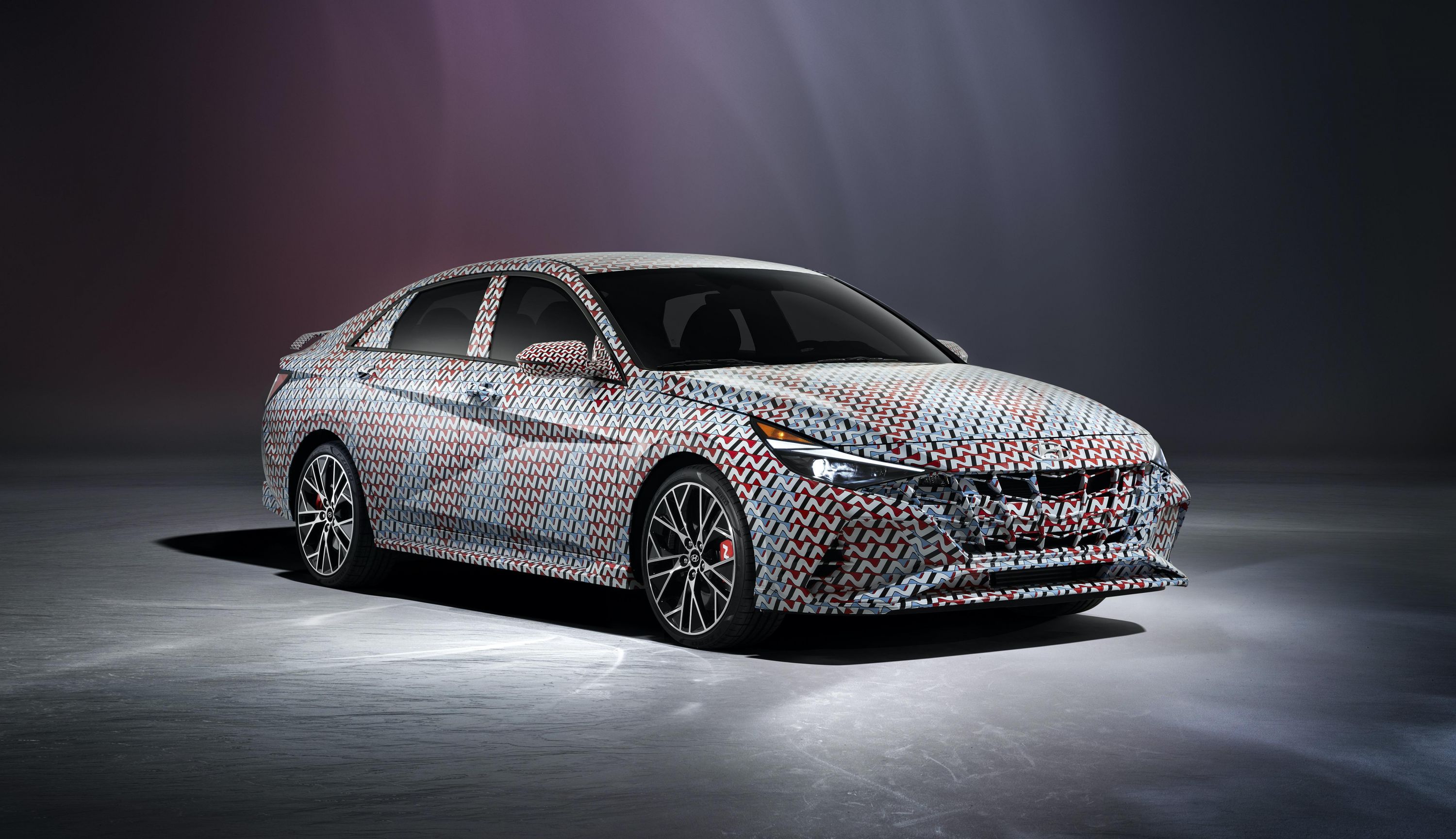 Hyundai Elantra N 2022 has an eye-catching set of wheels

The dual sports exhaust pipes are symmetrically placed on both sides of the rear and create a large oval shape, which is expected to produce a powerful sound like the i30 N model with the attractive “popcorn” sound. 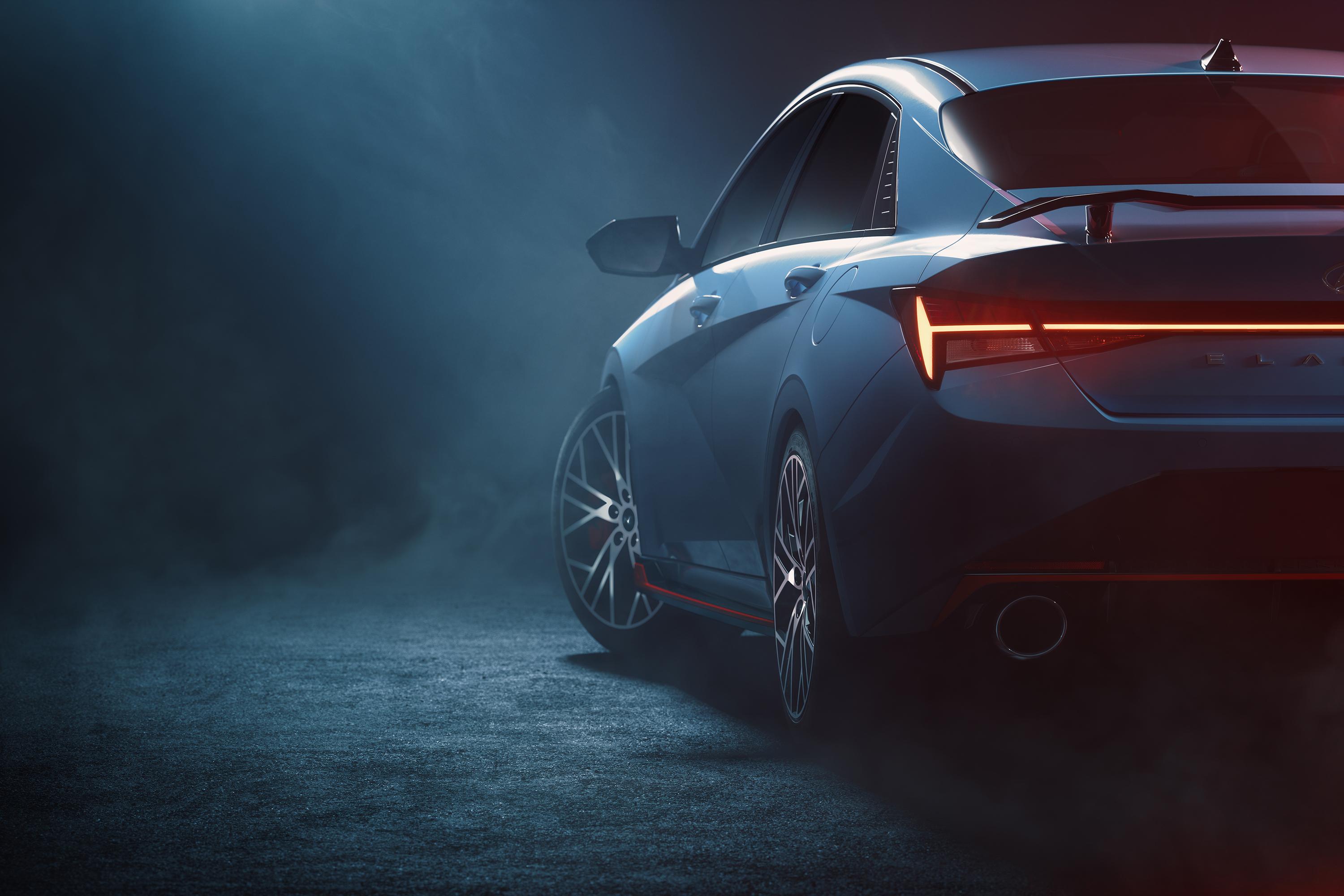 The set of 19-inch sport wheels revealed by Hyundai is a “private plot” for the Elantra N, somewhat “similar” to the way the wheels are shaped on the Audi RS models, angular shapes and 2-tone silver paint. and black, accompanied by a white N badge in the middle of the “leg” as well as Michelin Pilot Sport 4S sports tires. 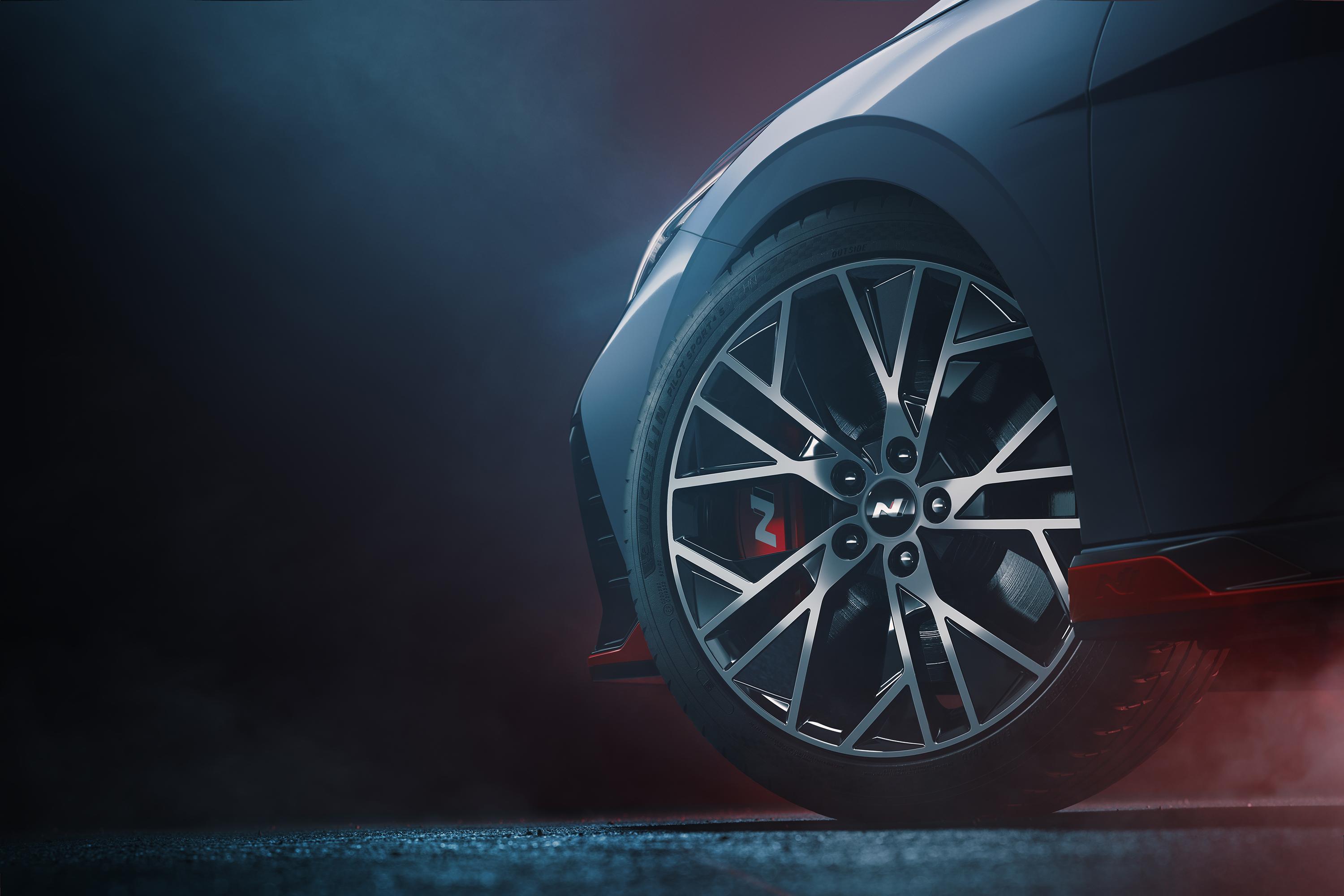 The interior of the car has not been announced yet, but consumers are expecting the car will be added a set of sports seats with the “N” logo detailing very “cool” like the i30 N. 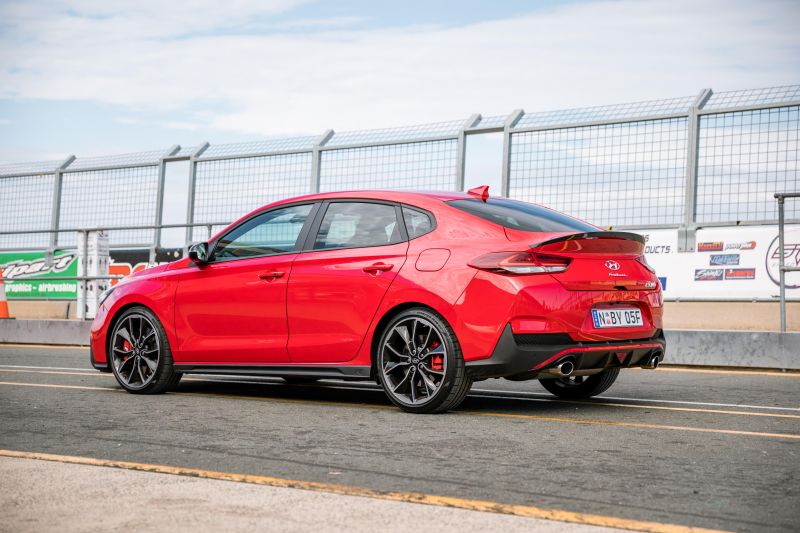 In terms of power, the Hyundai Elantra N is expected to own a 2.0L 4-cylinder turbocharged engine, shared with the Kona N model, with an output capacity of up to 276 horsepower and 391 Nm of torque. – torque. All power will be transmitted to the front wheels through a 6-speed manual transmission or an 8-speed dual-clutch wet-type gearbox. 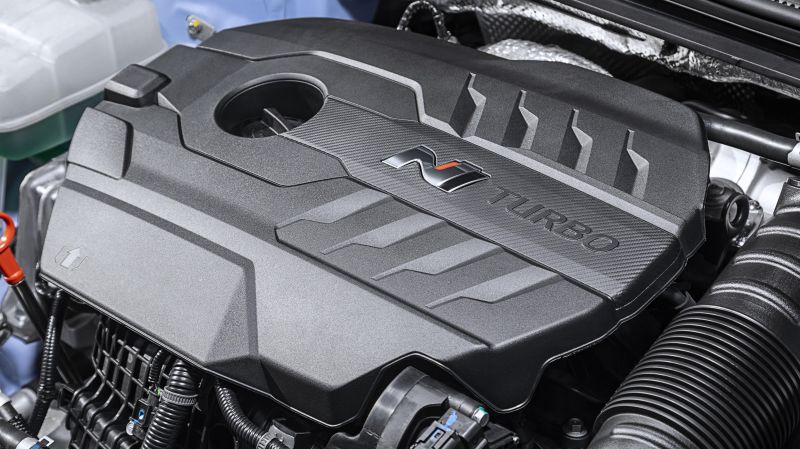 In addition, the car will be equipped with adaptive shock absorbers, large brake discs and a system to change driving modes with diverse personalization features. It is expected that the model will be launched right next month, with an estimated price of about 30 thousand US dollars. 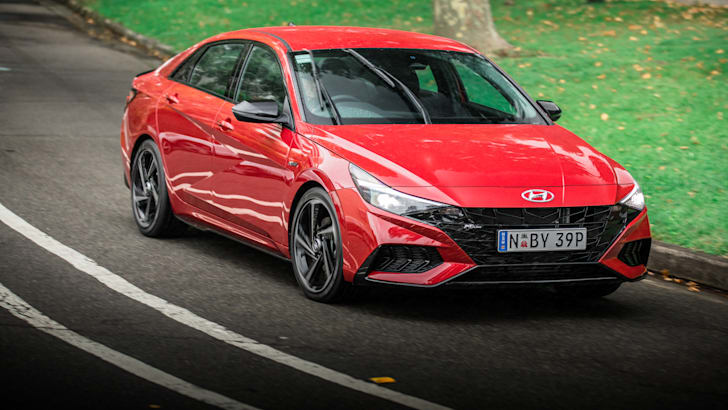 In Vietnam market, TC Motor is still distributing the 6th generation of Elantra with 4 versions, with the same starting price from 580 million VND. Currently, there is no information about the 7th generation of Elantra returning to Vietnam in the near future, when the sedan begins to show signs of exhaustion in the race to compete for sales with rivals in the segment. C class like Kia Cerato or Mazda 3. 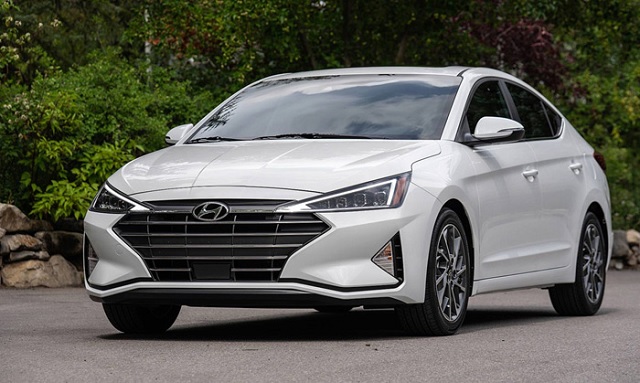