Many people believe that the price listed by Xiaomi for the Redmi K20 is too high and needs to be reduced a bit.

At the end of last May, Redmi, the brand new subsidiary separated from Xiaomi at the beginning of the year, unveiled the duo Redmi K20 and K20 Pro with the aim of "redefining" the term "Flagship Killer" when the K20 Pro is the smartphone that runs on the Snapdragon 855 chip with the cheapest price on the market.

A few days ago, the duo was officially announced in the Indian market. The duo's listed price is starting from Rs 21,999, equivalent to about 7.4 million for the regular Redmi K20. This price is a bit higher than the 1999 listing price, equivalent to VND 6.7 million in the Chinese market.

And that is why many people believe that Xiaomi is selling the Redmi K20 with too high price, as well as the company should reduce the price of the device to Rs 20,000, about 6.7 million, the price is equal in China.

Even on Change.org, a website specializing in calling internet users' signatures to perform necessary actions, nearly 500 people signed a petition requesting Xiaomi to reduce the price of the Redmi. K20 down. 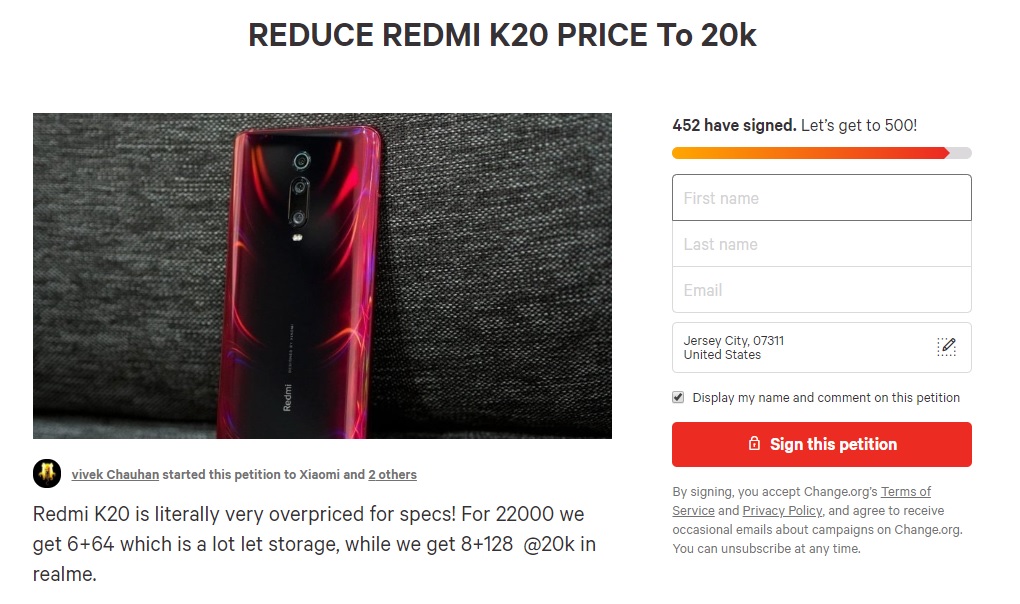 For those who don't know, CPUs on smartphones are the most expensive component in the list of components that make up a phone. Not only that, the design of the Redmi K20 is also luxurious and superior to the Realme X, so is the camera when the Redmi K20 has a wide-angle camera. Although the price is slightly higher than the Chinese market, that price range may be due to the taxes imposed by the government on Xiaomi. Not to mention the genuine warranty service in this country where Chinese users can not be used. So suppose that Redmi K20 is too high price in India is probably not right, when the level of configuration that Redmi gives for this mid-range segment is already too high, let alone the highest, by the Snapdragin 730 chip is currently the most powerful chip in the mid-range segment.

How to extract music from any video on your computer