Huawei has always brought us smartphones with extremely good designs and impressive cameras. Today we have the first information about the next generation of high-end smartphones from the company, the Huawei P50. Today’s article I will summarize the leaked rumors about Huawei P50 coming in the near future.

Note: The article is still being updated continuously until the official launch of Huawei P50.

Concept leaks about the appearance of the Huawei P50. Source: Waqar Khan.

Recently, the famous Leaker with high prestige Waqar Khan – A cosmic prophet in the technology world who always released phone concepts that are almost identical to actual phones at launch, posted a video concept of the device. The next one of Huawei is the Huawei P50. You can refer to the video below.

Based on the leaked video above, we can see that the Huawei P50’s appearance is extremely luxurious with its beautifully curved design. This is inherently only available on high-end Huawei devices. In addition, the bad news for fans of the waterfall curved screen, the Huawei P50 will only be the flat screen.

Although there is no longer a curved screen, we can hope that this will make the Huawei P50 cheaper. There is currently no information about the display technology or screen size on the Huawei P50, but I expect the device will have 2K + resolution, DCI-P3 HDR technology for high color and contrast display. same 120 Hz refresh rate as the Mate 40 Pro. 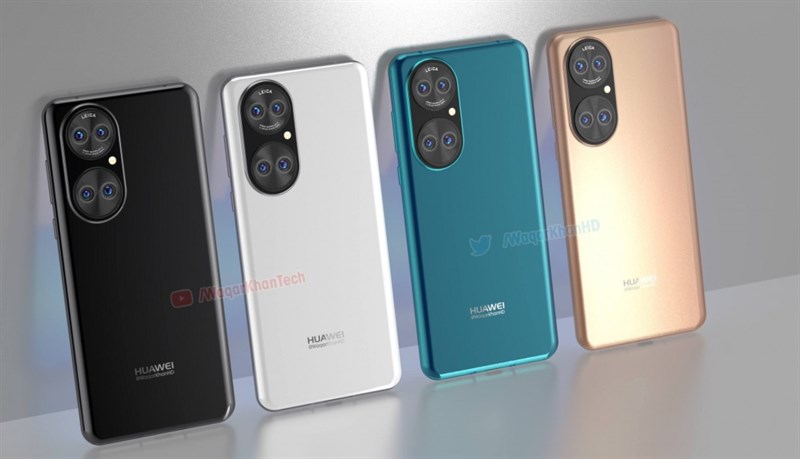 The overall design of the Huawei P50 is based on the concept of Waqar Khan. Source: Waqar Khan.

In addition, the point I pay most attention to on the back of the Huawei P50 is the extremely unique or unique design of the camera cluster on the current smartphone market. We can see that Huawei P50 will have 4 lenses and arranged in two separate clusters. 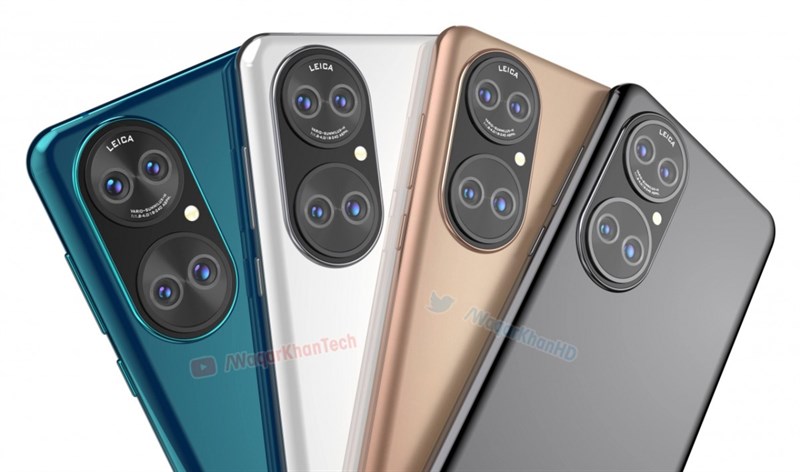 The back design of the Huawei P50 is extremely unique. Source: Qaqar Khan

It can be said that this design is very good and unique, but it reveals too many weaknesses such as looking too cumbersome, losing the inherent neat and elegant. The back side looks unbalanced and lacks uniformity, making the Huawei P50 look very unattractive. I always look at the cameras above as if smiling at me! 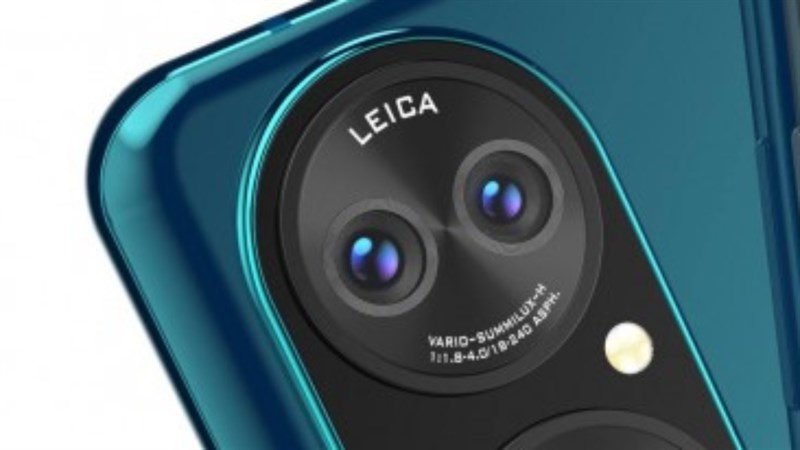 Currently there is not much information about the parameters and camera features of the Huawei P50, just know that the machine will use the Sony IMX800 sensor with a size of 1 inch. Thanks to the large sensor size for high quality photos, better light capture. Let’s wait for the device to launch in the future.

According to a leaked source from technology site Gsmarena, this year’s Huawei P50 Series will use an 8-core Kirin 9000 homegrown chip, a 5-nm process Mali-G78 MP24 graphics core, support network band connectivity 5G, previously Huawei Mate 40 Pro is also equipped with this chip with a total Antutu score of 686,835.

It can be said that this chip is Huawei’s most powerful chip, so the ability to battle games, handle heavy to light tasks will not disappoint us. There is currently no information about the RAM and internal memory of the device, as well as the battery capacity, so when I have it, I will update immediately for you. 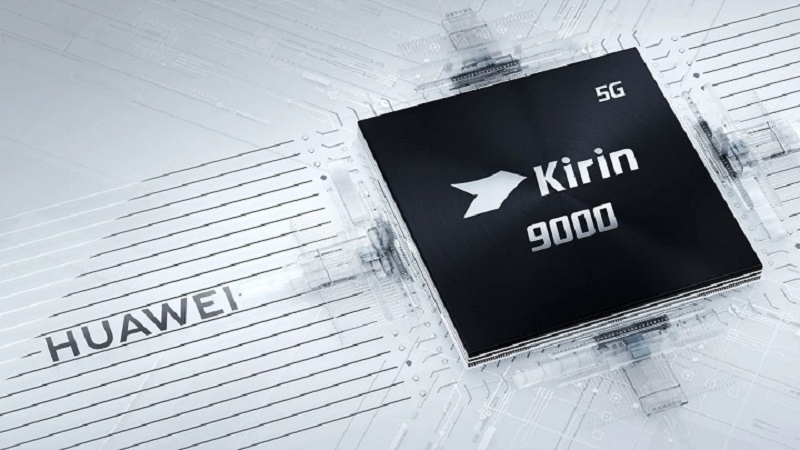 Kirin 9000 chip will be equipped on Huawei P50. Source: Gsmarena.

Regarding the official launch date of the Huawei P50, according to information from the androidauthority page, it is possible that the device will be released on April 17.

What do you think about this Huawei P50? Please leave your comments in the comments. Thank you for taking the time to follow the article. 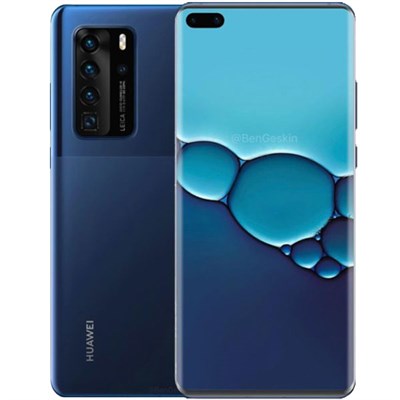