Huawei Nova 5i is one of the new mid-range smartphones from Huawei manufacturer, with a beautiful design, perforated screen and a fairly modern 4-camera cluster.

At the launch event in late June, Huawei officially launched the new Nova 5 series with the participation of 3 medium and high-end smartphones including Huawei Nova 5, Nova 5 Pro and Nova 5i. In particular, Huawei Nova 5i is the cheapest smartphone, also the upgraded version of Nova 3i and Nova 4e earlier.

For a more detailed look at this new smartphone, today Sforum will open the box and quickly launch the first Huawei Nova 5i in Vietnam. The version we have on hand today is the most advanced memory version with 8GB + 128GB RAM storage, currently priced at 2199 yuan, equivalent to 7.4 million. In addition, Nova 5i also has another option of 6GB + 128GB RAM, which is cheaper than 1999 currency, equivalent to 6.8 million dong. 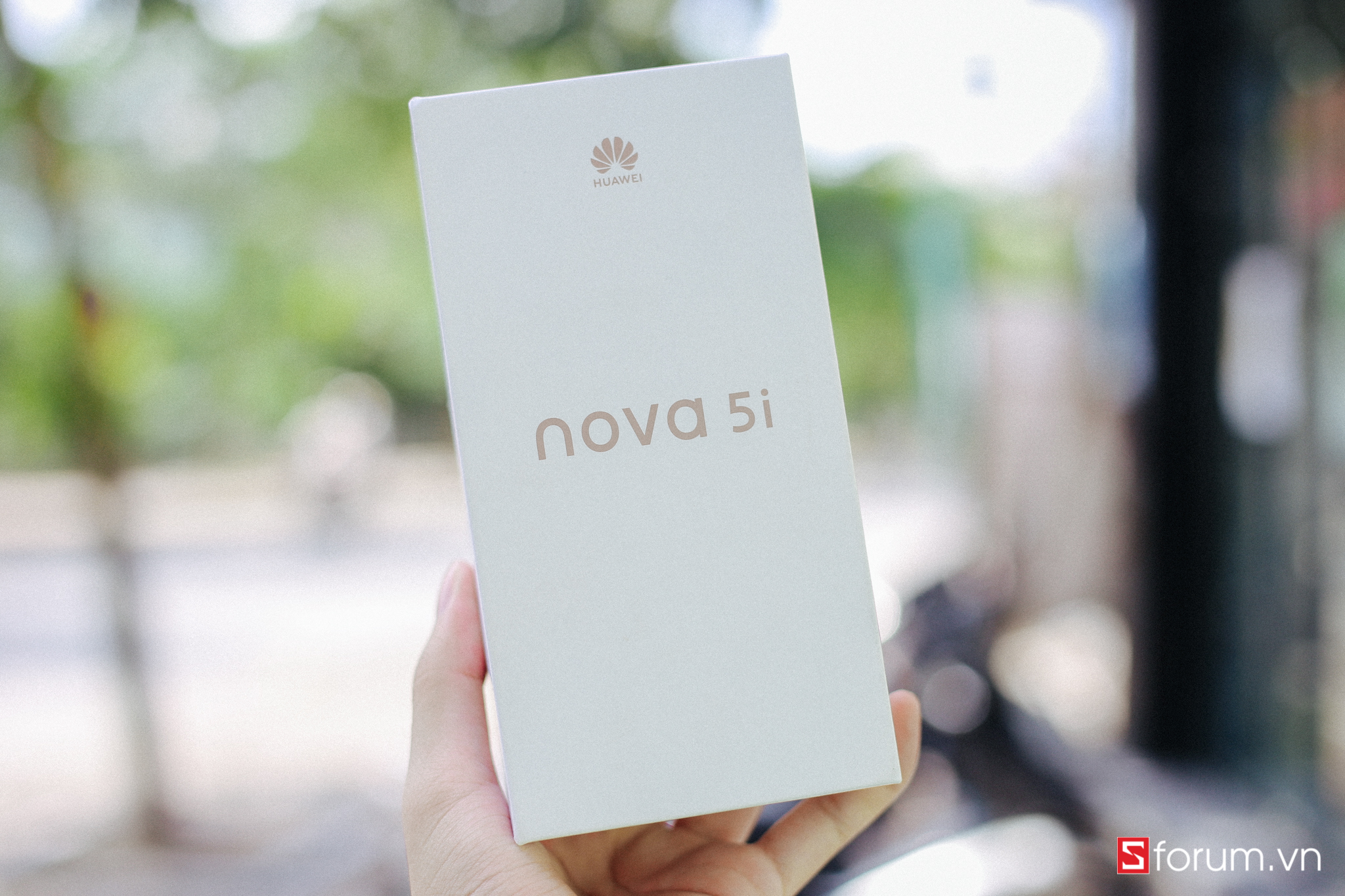 Although it is a mid-range product line, however, Nova 5i is still "polished" by Huawei. It owns a glossy 2-sided design. Like the Nova 4 generation, this year's Nova 5 series will also be equipped with a "mole" screen with dimensions of 6.4 inches, Full HD + resolution. With this design, Nova 5i has 85.1% of the screen display area compared to the front. The screen edge of the device is also made thin, but still appears the lower chin. 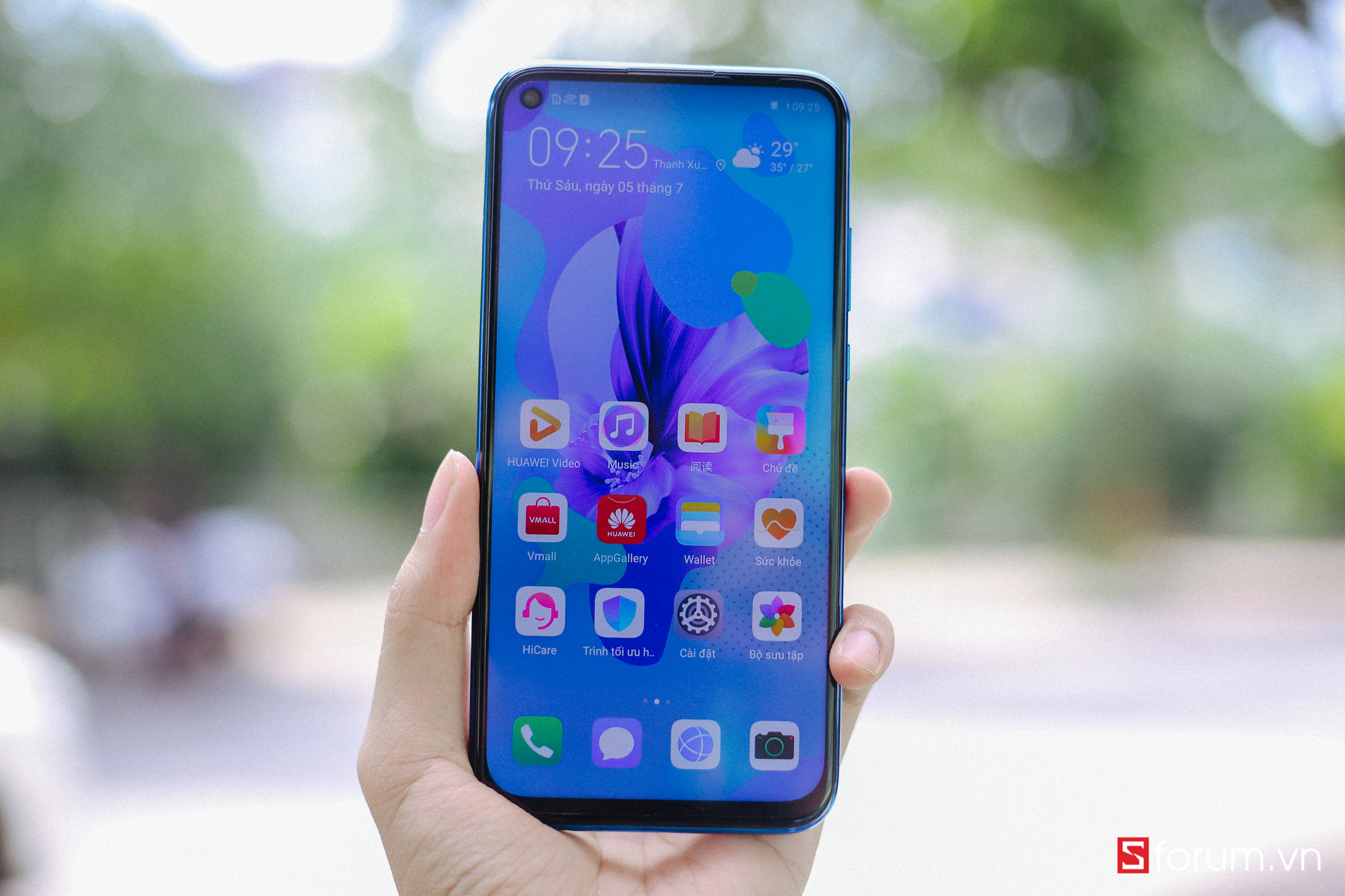 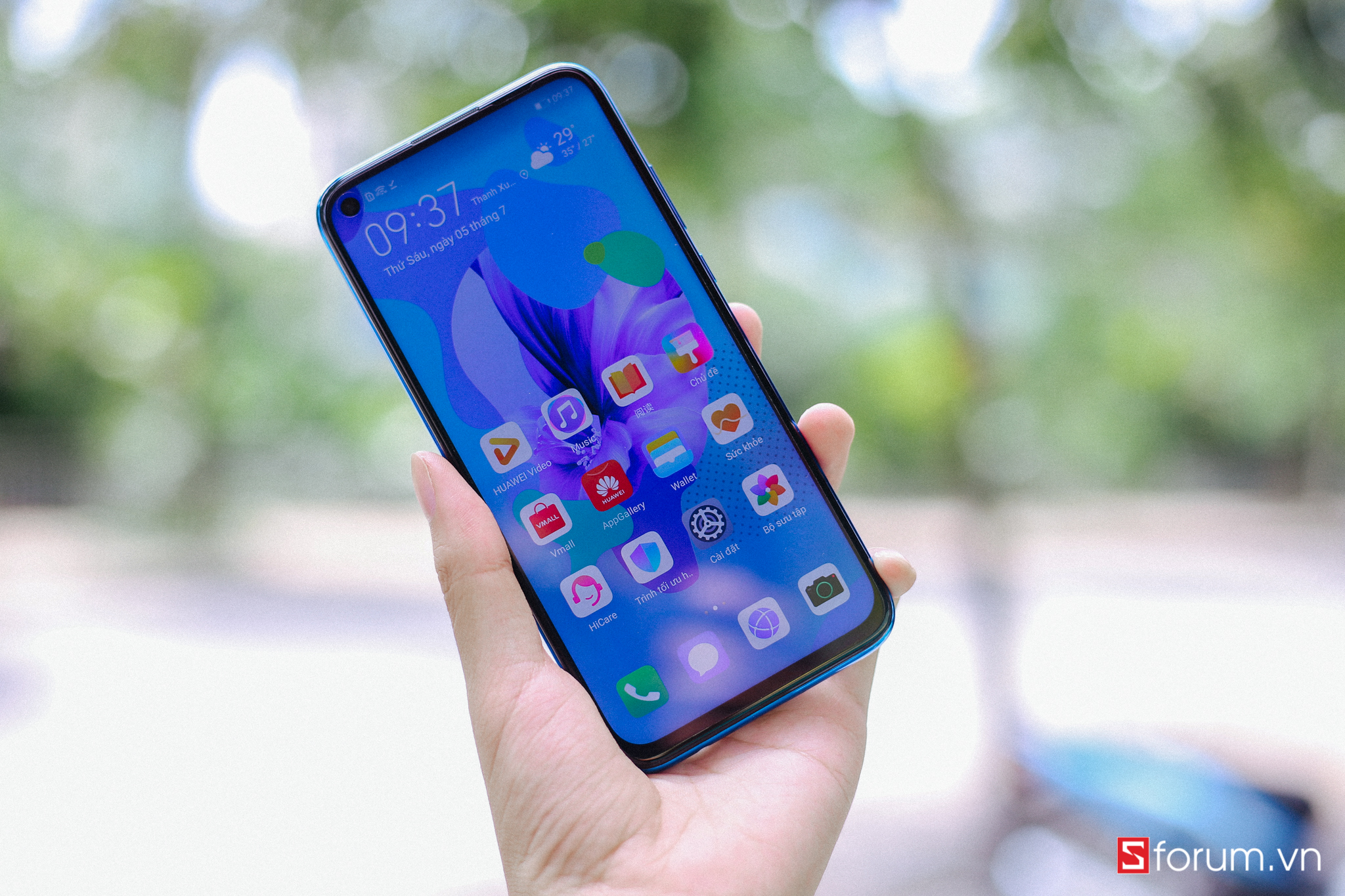 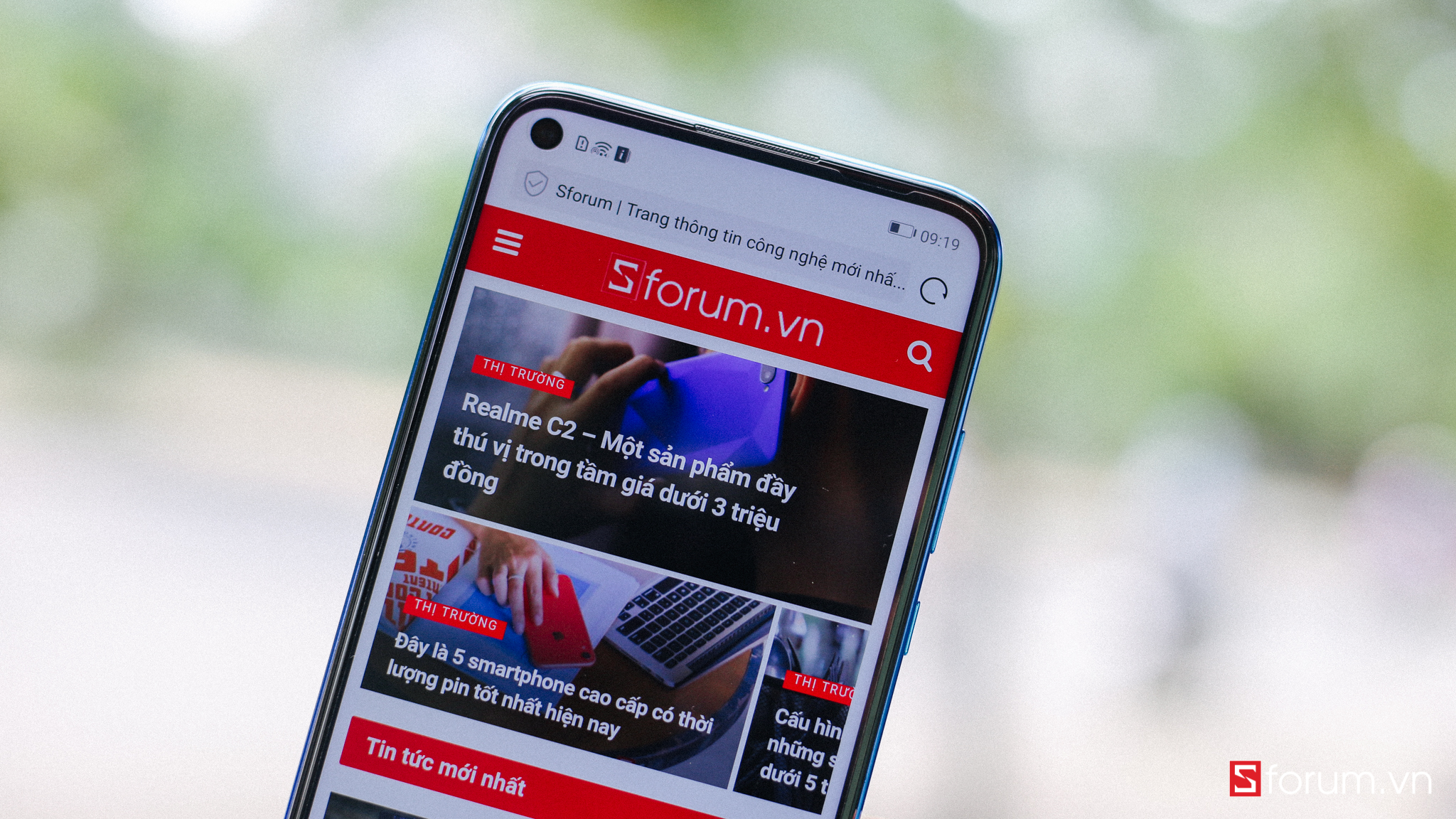 Nova 5i's screen is an IPS LCD screen, in combination with supporting the DCI-P3 color range, the screen of this device will have good display quality. However, the brightness of the screen is not too high, in the harsh sun condition, the display is slightly dark. However, this is acceptable because Nova 5i is just a mid-range device anyway. To the back, the first impressive point is the main 4-camera cluster, including a 24MP f / 1.8 wide-angle main sensor, an 8MP sensor with super wide-angle lens, a 2MP f / 2.4 sensor. macro and another 2MP f / 2.4 sensor measure depth. Nova 5i's back design is similar to other Huawei and Honor products, with a fingerprint sensor located in the middle, next to the camera cluster and Huawei logo in the bottom corner. 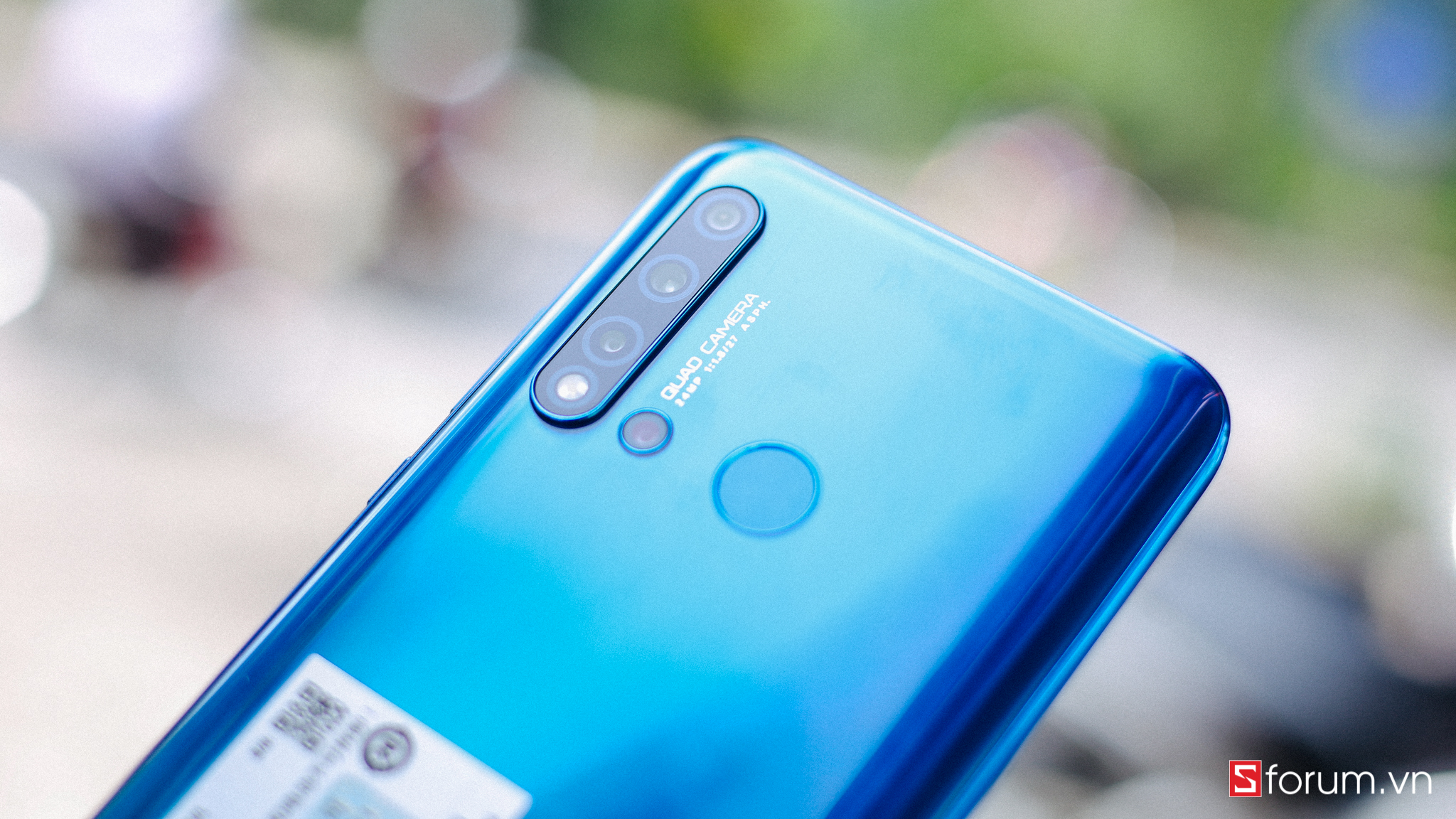 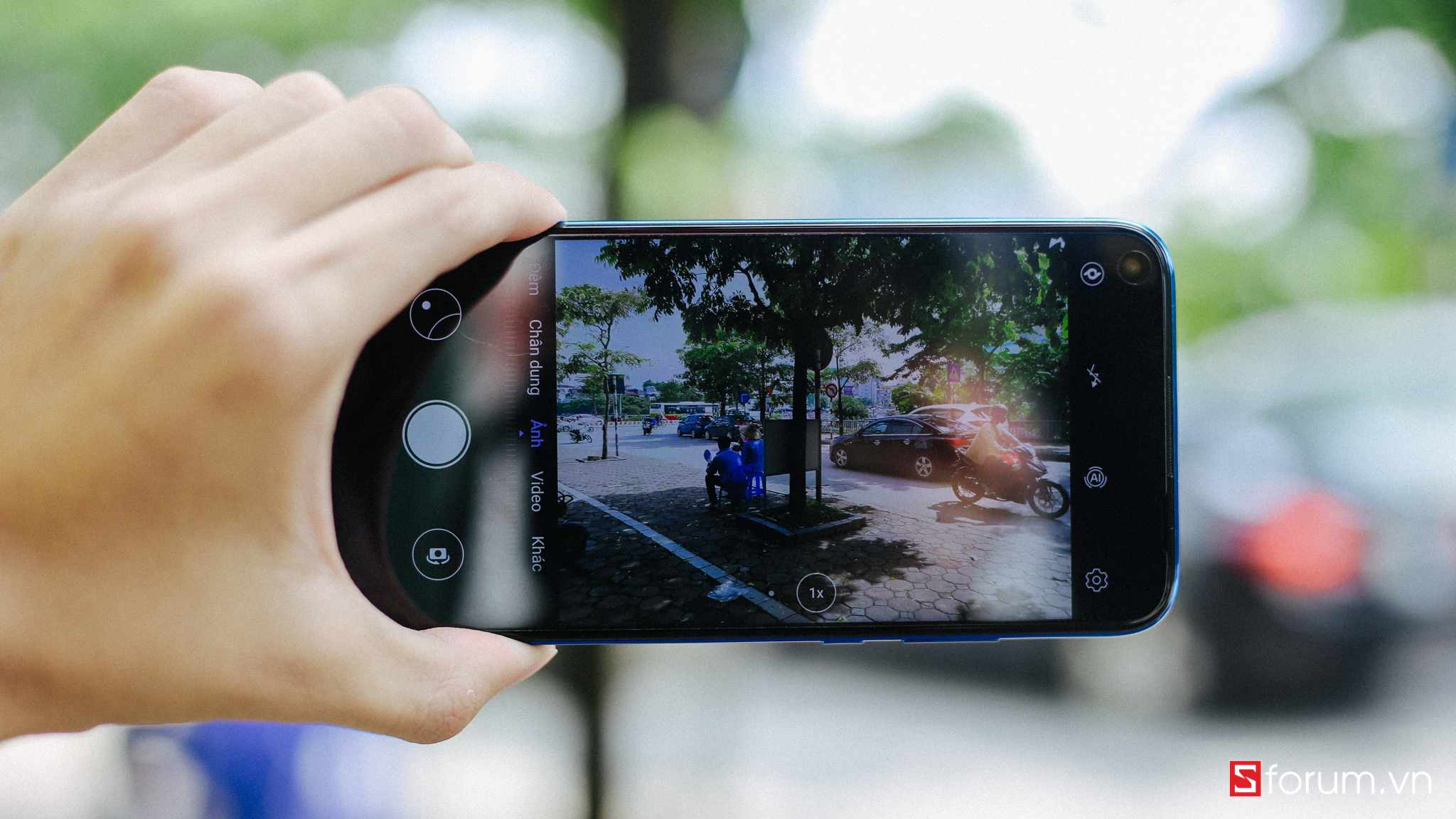 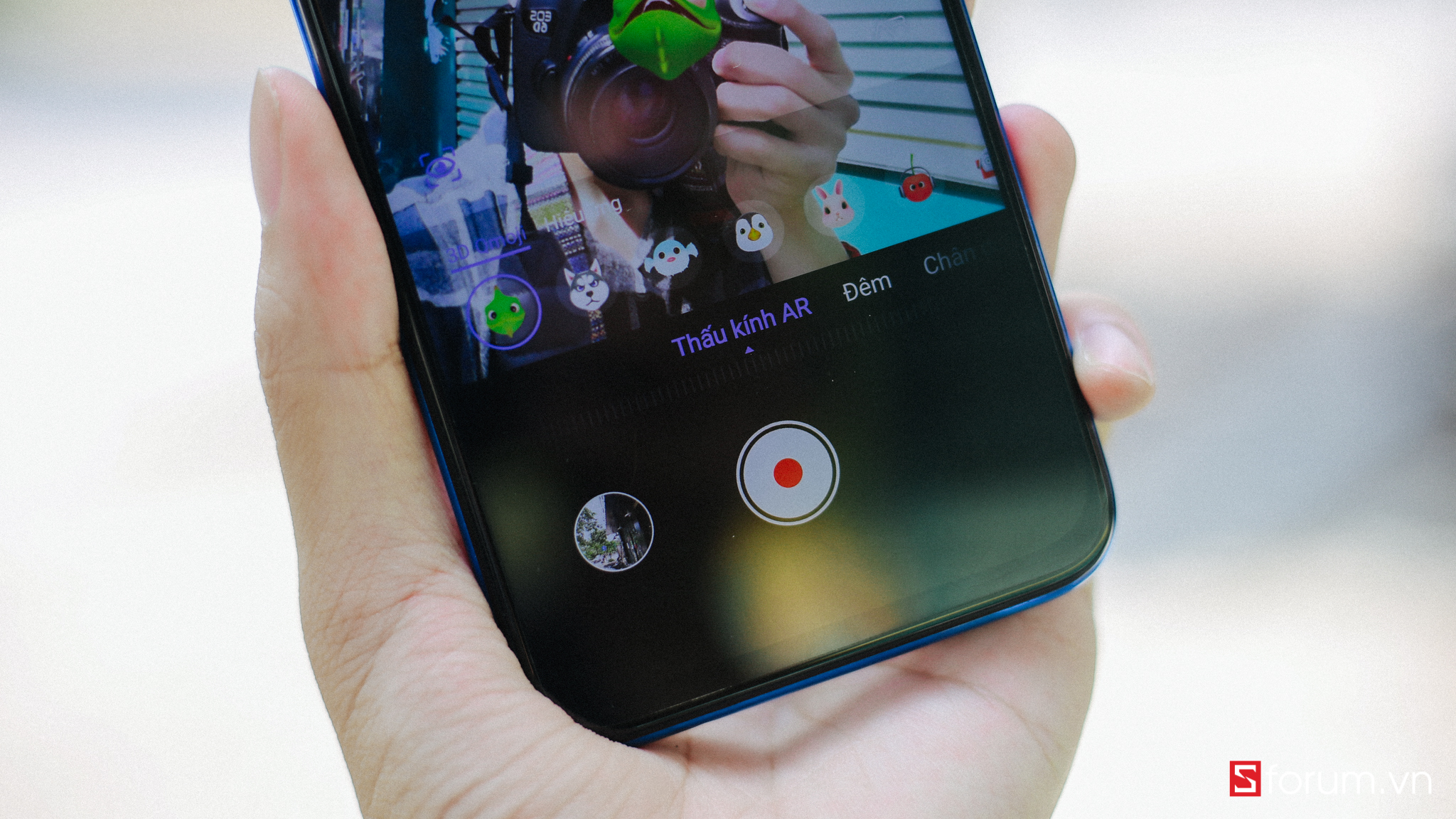 The sides of the device will be the location of the hard keys and the connection port, including the power and volume keys on the right side, the sim tray on the left side, the bottom is the USB-C charging port with voice mic and speaker range, side The above is the 2nd recording mic. Fortunately, on Nova 5i, Huawei retains the 3.5mm headphone jack, while on the Nova 5 and Nova 5 Pro, the premium port is removed.

In terms of hardware configuration, Huawei Nova 5i is equipped with 12nm HiSilicon Kirin 710F chip, a slight upgrade variant of Kirin 710 chip appeared on Nova 4 last year, which is nearly equivalent to Qualcomm Snapdragon 636. When dots Test points with AnTuTu software, this processor is still not impressive.

It has 2 memory versions: 6 / 8GB RAM with 128GB of memory. The device is available on Android 9 Pie with EMUI 9.1 interface and navigation gestures. Nova 5i's battery has 4000mAh capacity, supports 10W charging. Nova 5i will be sold with 3 color options: black, gradient blue and red. At the present time, Huawei's new 5 series Nova series is only being sold in Chinese domestic market. Users who want to buy these smartphones will need to wait for their notebooks to arrive. However, if readers are interested in other smartphones from Huawei such as Huawei P30 / P30 Pro, Mate 20 / Mate 20 Pro or mid-range lines such as Huawei Y9 2019 and Nova 3i, they can refer to the extremely high price. attractive at CellphoneS store chain system at the link below.