Just like the previous leaked information, Huawei has just officially announced its next-generation mobile chipset, HiSilicon Kirin 990. It is still built on the 7nm process but comes with new enhancements to get there. better effect.

According to GSMArena, the Kirin 990 uses TSMC's all-new 7nm FinFET Plus EUV process and Apple's upcoming A13 chip uses the same manufacturing process.

In addition, Huawei's new chipset is directly integrated with the 5G modem and combined with the mobile processor in a real chip. This will help it consume less power and use less RAM than current 5G smartphones. It is also the first SoC to have more than 10.3 billion transistors. 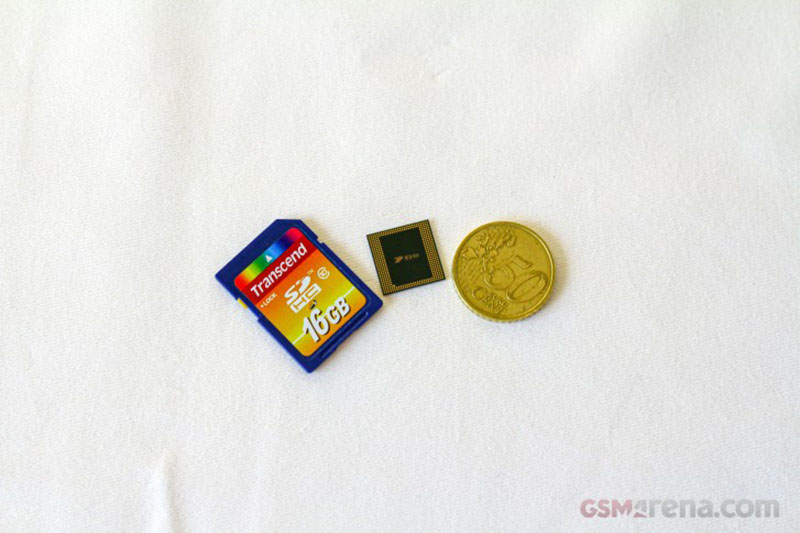 Moreover, the 7nm + EUV process has allowed Huawei to optimize energy efficiency more than Qualcomm's solution. The Kirin 990 provides 12% better Big-Core performance, while the mid and small cores save 35% and 15% more energy, respectively. 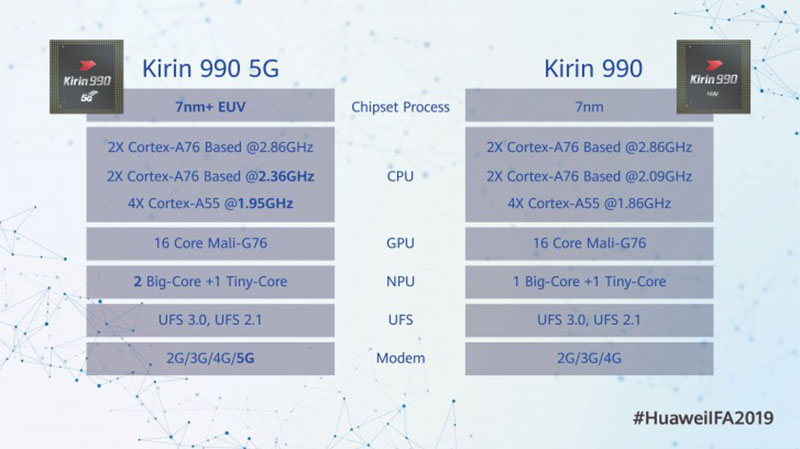 For graphics intensive tasks, the Kirin 990 has the same Mali-G76 GPU as on the Kirin 980 but has an additional 6 cores and 16 cores. It provides intelligent cache for games that increase GPU bandwidth to DDR by 15% and reduce DDR power consumption by 12%. The end result is 6% better graphics performance than the Adreno 640.

Moving on to the AI ​​section, Huawei is also creating a huge advantage for the Kirin 990. The quad-core NPU is built on the new Da Vinci architecture, improving performance and efficiency at the same time. It uses the same logic as the standard CPUs in today's SoCs. Big-Core for AI and Tiny-Core tasks for intensive AI computing.

Expected, the first smartphones to use the new Kirin 990 chipset, the Mate 30 and Mate 30 Pro duo will be officially launched by Huawei on September 19. Wait and watch it! 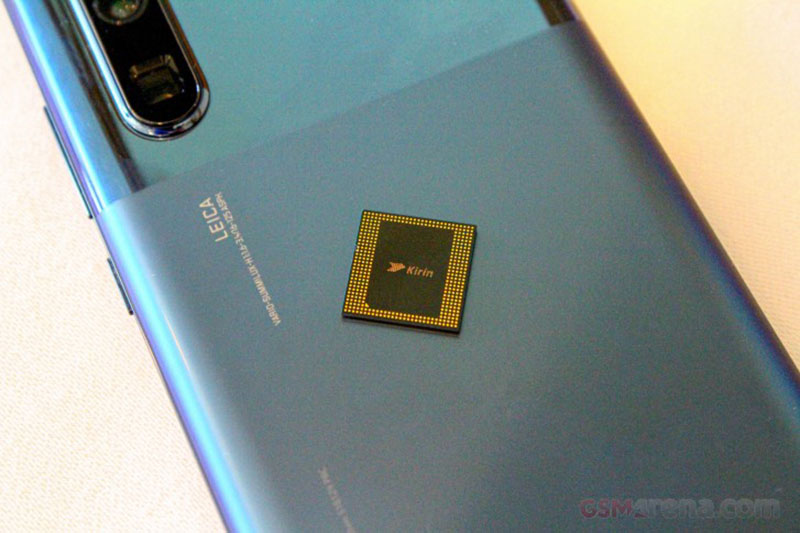