Huawei is patented on the new folding screen smartphone, the perfect successor of Mate X


Earlier this year, at the MWC 2019 event, which took place at the end of February, Huawei officially announced its first folding screen smartphone, called Mate X. The phone is expected to sold later this month, but the launch has been postponed until September to avoid the same fate as Samsung Galaxy Fold.

Although Samsung and Huawei have delayed the launch of their first fold-up smartphonne, it seems that these companies still have not stepped back in developing foldable smartphones.

Accordingly, Huawei recently submitted a patent on a smartphone about a new folding screen smartphone with an impressive design.

Discovered by Letgodigital, Huawei's new patent shows a smartphone with a folding screen in three. Besides, according to the patent description, Huawei's new folding screen smartphone has three different folding models. The first variant has a thick screen border on both the top and bottom of the device, the second model only has the border on the top of the screen, and the final version is the best when there is no screen border. both.

The folding method of this smartphone is also different from Mate X. Accordingly, the flexible screen of this phone is held by magnets. The folding mechanism looks clever when the device has two hinges attached to the edges of the case. 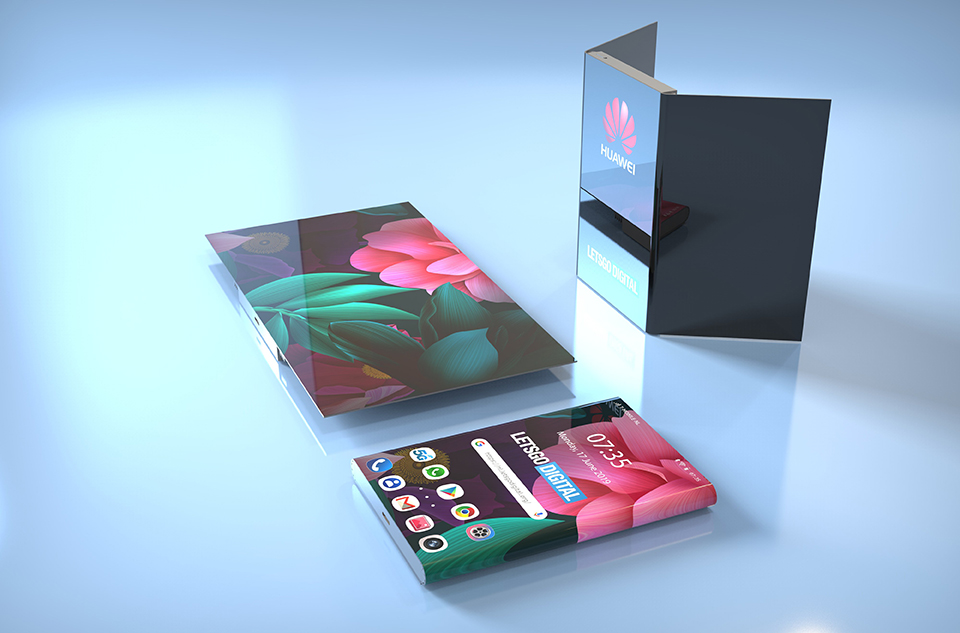 Currently, there is no information about the software that this phone uses, but it would not be surprising if Huawei decided to use HongMeng OS (possibly named Ark OS for the international market) by the Chinese manufacturer. is facing Google's ban on Android use.