Mr. H.N. According to Long, the HP EliteBook X360 830 G6 does not have a lot of improvements in appearance but is focused on upgrading internal features and performance. This is quite understandable, because until now, the G5 has not revealed any defects based on its appearance. The EliteBook X360 G6 is a truly upgraded version, an "extreme" laptop experience for every entrepreneur and business.

Specifically, the HP EliteBook X360 830 G6 provides users with maximum connectivity to handle jobs that are 100% effective with a maximum configuration of up to 32GB RAM, 8th Generation Intel® Core ™ i7 processor and 2TB NVME solid storage .

With the built-in operating system Windows 10 Pro, advanced features are suitable for managing devices and applications in the enterprise, protecting data and allowing users to access Windows update for Business. 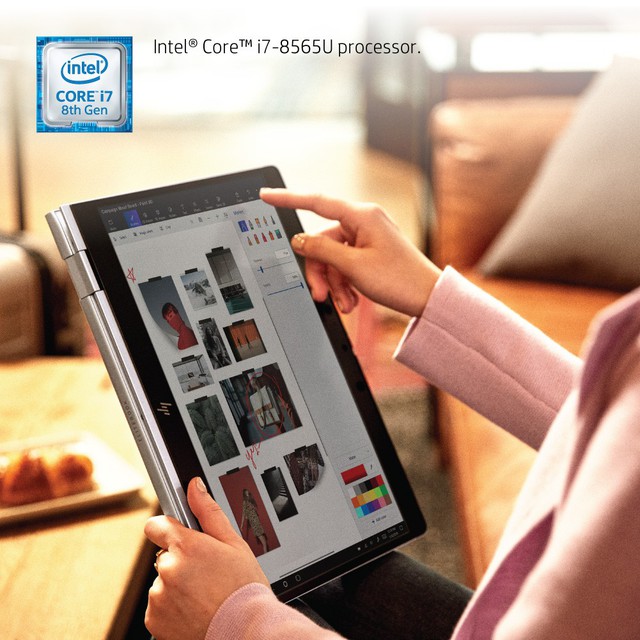 Featuring a 360-degree screen rotation, the Elitebook x360 830 G6 allows users to use tablet or tent mode, extremely flexible when working in groups. Still pressure-sensitive pen application up to 4096 as G5 generation, G6 allows users to use, write, draw on the screen with the feeling of writing and sketching is equivalent to holding a pencil on paper background.

With the HP EliteBook X360 830 G6, users can also easily work in groups while on the go or where there is a lot of noise. The improved G6 has noise filtering capability, equipped with a third microphone and a loud voice speaker to help users stay in touch. All important contracts or meetings can be transmitted completely through the Elite G6.

Not only does the Elitebook x360 830 G6 score an absolute score because of its versatility and versatility. 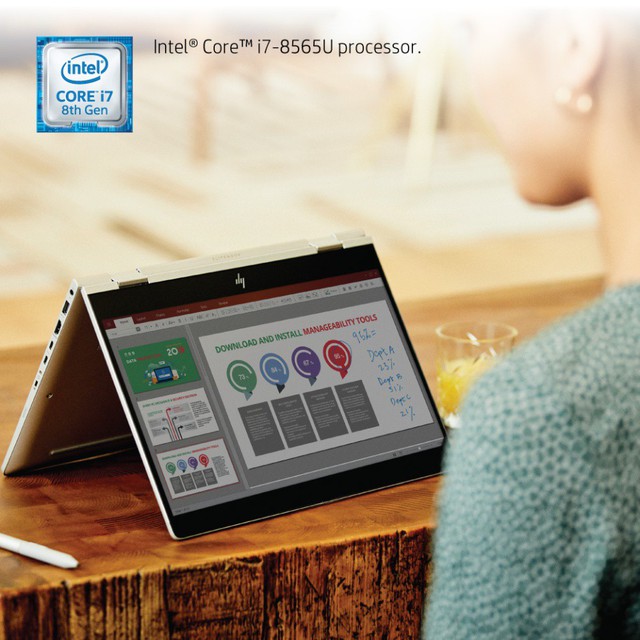 The HP EliteBook X360 830 G6 fights against future growing malware through self-protection security solutions, implemented with both hardware and software.

HP Sure View Gen3 option reduces visual light when the screen is viewed from the side, making sure the information you are working on G6 will be protected "absolutely safe" from "curious eyes" .

HP Sure Sense helps quickly identify traditional viruses or even bad information that has never been detected. The BIOS feature helps the computer to automatically recover after being attacked, HP Sure Recover Gen2 ensures fast, safe and automatic recovery only with network connection …

The Elitebook x360 830 G6 has a private camera shutter to block physical webcams when not in use. This feature is similar to the camera slider on most of the higher-end Elitebook 1000 series and with camera kill on the most advanced laptops available today.

With the above advantages, it can be seen that the HP EliteBook X360 830 G6 is a "must-have" computer for every entrepreneur, and is also a computer worth owning if users want to increase their security and flexible application capabilities in managing your business.

The HP EliteBook X360 830 G6 will soon be launched in Vietnam through a genuine distributor of Synnex FPT Distribution Co., Ltd. to a group of business customers, businesses can "see, touch, directly experience "Its advantages.

Post Views: 69 CORE SWX has a promotion on at the moment where you can trade-in your old batteries and chargers to get a discount on new batteries or FLEET battery chargers. CORE SWX has two “Trade-In & Save” programs. One is for their line of smart brick battery packs which have capacities ranging from […]

Post Views: 7 Ambarella, a semiconductor design company that focuses mainly on imaging hardware, has announced the released of its new CV5 system on a chip (SoC). This new 5nm SoC can process one 8K or four 4K streams while using minimal power consumption and provides plenty of overhead for AI-powered features and capture modes. […]

Tencent officially took over the development of System Shock 3!