YouTube is definitely a name that is not unfamiliar to each of us. From newborn babies to the elderly wearing glasses, it all seems irresistible to the temptation of this online video sharing platform. We even spend a few hours a day watching interesting videos shared on YouTube and find this platform useful for modern entertainment. But have you ever wondered how YouTube was born? Or why has this platform achieved so much success? In this article, we will learn about the history of YouTube – the largest video sharing social network in the world today.

To remind you of how it works, YouTube is a video sharing site where users can upload or download to their computer or phone and share video clips. The reason YouTube is also considered a social media platform is because it allows users to perform many different actions through their account, such as uploading, viewing, rating, sharing. , add to favorites, report and comment on every posted video, and subscribe to other users. Technically, YouTube uses WebM, H.264 / MPEG-4 AVC, and Adobe Flash Video technologies to render a wide variety of user and enterprise-generated multimedia videos. The content available on YouTube is also diverse, including video clips, TV shows, music videos, news, documentaries, sound recordings, movie trailers, and more like blogging. by video, short creative videos and educational and entertaining videos … Unlike other social networking platforms that require an account to use, YouTube allows unregistered users (visitors) still most videos can be viewed on the site, while registered users are allowed to upload an infinite number of videos. In addition, some videos will also limit the age of the viewer, such as only for users over 18 (usually videos containing sensitive content or potentially offensive to a group of people. specific use). 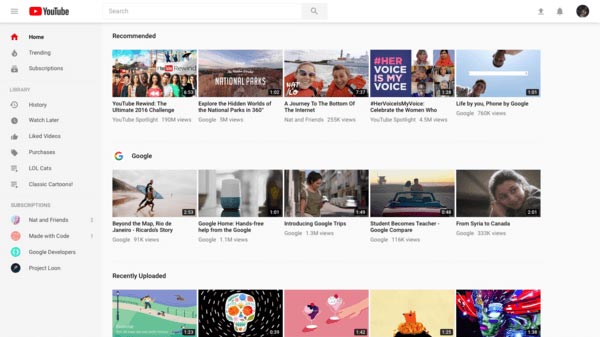 Getting back to the main problem, YouTube was founded by three talented engineers – who were all core employees at PayPal: Chad Hurley, Steve Chen and Jawed Karim, in mid-February 2005. After PayPal was acquired for $ 1.5 billion, all three decided to make their own and start a new company. Hurley studied design at the University of Indiana Pennsylvania, and Chen and Karim both studied computer science at the University of Illinois at Urbana-Champaign. According to a story still circulating on many forums and media, Hurley and Chen developed the first few ideas for YouTube in the early months of 2005, after the duo had difficulty wanting to Share some video footage of their dinner party at Chen’s apartment in San Francisco. It was the absence of simple and synchronous video sharing platforms at the time that left young engineers wondering and thinking about why not creating such a platform for people. also having trouble like me 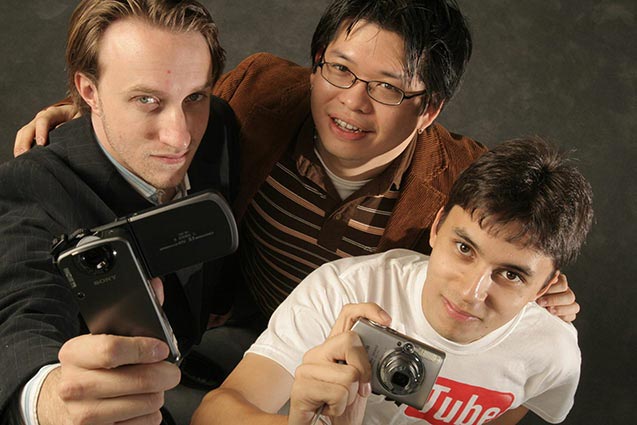 However, the interesting thing is that Karim did not attend the party and denied that the troubles encountered in the video sharing of the party which directly led to the idea of ​​founding Youtube. According to him, the inspiration for YouTube first came from the disastrous “incident” of Janet Jackson – a famous American singer, dancer and actor at the 2004 Super Bowl event, when her breasts were not. luck was revealed during a performance and many camera angles captured the scene. Of course, due to being a celebrity, Janet Jackson’s incident has received the attention of many people, and Jawed Karim is also one of them. However, the problem was that he spent a lot of work and still could not find the clear video clips of the event on the internet, and this led Karim to the idea of ​​a web sharing Extensive video sharing, sharing and hosting videos from anyone wishing to post their videos. Whatever the in-depth idea, one thing we can be sure of is that the domain name “YouTube.com” was activated on February 14, 2005, and the website interface. to be developed and refined in the coming months. Previously, YouTube was known as a tech startup financed by venture capital investments, mainly from Sequoia Capital’s $ 11.5 million capital between November 2005 and November 2005. April 2006. YouTube’s initial headquarters were modest, housed in an office above a Japanese pizza and restaurant restaurant in San Mateo, California.

The first video posted on YouTube was quite short, only 18 seconds long and titled “Me at the zoo”, with content showing that co-founder Jawed Karim was on a tour at the San Diego zoo. The video was uploaded on April 23, 2005 and is still kept and playable on this platform.

YouTube officially made a beta test available to the public in May 2005, just six months before its official launch in November 2005. The YouTube website later achieved playback speeds. development is fast and until July 2006 – less than a year since its official launch, the company proudly announced that more than 65,000 new videos are being uploaded to YouTube every day, and at the same time. This also “pocketed” more than 100 million video views every 24 hours – this was an extremely impressive achievement for a fledgling online platform like YouTube at that time. In addition, according to data released by market research firm comScore, as of May 2010, YouTube was the dominant online video provider in the United States, with a market share of about 43% and more than 14 billion. video views every day.

In 2014, YouTube said up to 300 hours of new video were uploaded to the site every minute, three times that of a year earlier, and about a quarter of those videos came from IPs. located outside of the United States. Also at this time, YouTube attracts 800 million new users every month. It is estimated that in 2007 YouTube consumed the same amount of bandwidth as all of the world’s Internet bandwidth needs in 2000. According to third-party web data analysts like Alexa and SameWeb, YouTube is the web. third most visited in the world, as of June 2015. In addition, SameWeb also ranks YouTube as the top TV and video website in the world, attracting more than 15 billion unique visitors each month. 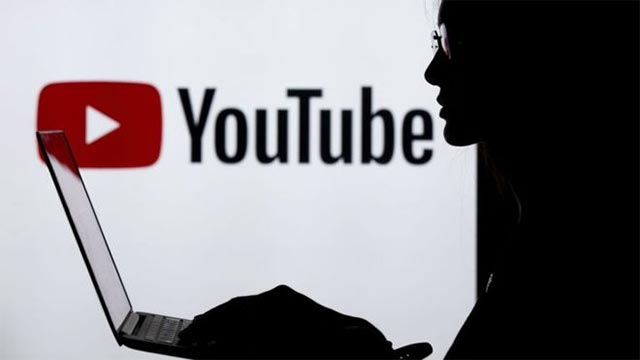 However, YouTube has also faced a lot of trouble during its development, one of which is the choice of the name www.youtube.com which has led to disputes with another website. It has a similar name, www.utube.com. Www.utube.com owner Universal Tube & Rollform Equipment filed a lawsuit against YouTube in November 2006 after being frequently overwhelmed by people wanting to access YouTube but mistyping it for utube. However, in the end, it was Universal Tube who had to accept to change its website name to www.utubeonline.com.

The real turning point for YouTube was in October 2006 when Google Inc. announced that it had acquired YouTube for $ 1.65 billion in Google stock, and the deal was formally finalized on November 13, 2006. The contract between YouTube and Google appeared after YouTube launched. issue 3 written agreements with several other media companies in an effort to avoid the risk of going to court due to piracy. After “returning to the team” of Google, YouTube continued to operate independently, the leadership team (including the co-founders) and 67 employees of the company still worked normally. 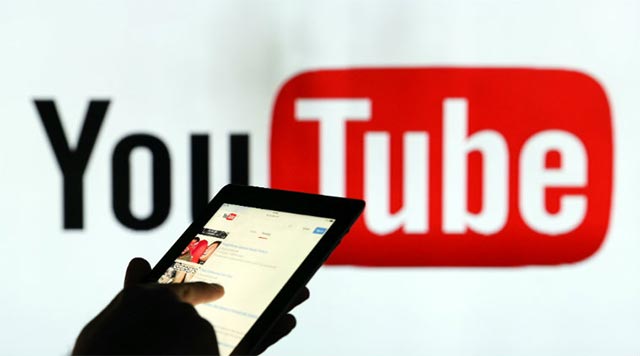 Google did not provide detailed figures for YouTube’s operating expenses or revenue in 2007, and these figures were recorded as “insignificant” in the company’s profile. In June 2008, an article by Forbes magazine predicted that YouTube’s revenue in 2008 would be at $ 200 million, which noted great progress in advertising revenue on the platform. share this video. In January 2012, it was estimated that YouTube visitors spent an average of 15 minutes per day on the site, as opposed to the 4 or 5 hours per day that a single US citizen spends on average. Watch TV.

YouTube officially decided to cooperate in marketing and advertising with NBC in June 2006. In November 2008, YouTube reached agreements with many large enterprises in the media and entertainment sectors such as MGM, Lions. Gate Entertainment and CBS, which allow these companies to post their long-running movies and TV episodes on the YouTube website, include ads in a US-only audience program called “Shows”. It can be said that this move has contributed to the fierce competition between YouTube and sites like Hulu, which owns content from several other major US entertainment and media companies such as Fox and Disney. In November 2009, YouTube launched a UK audience version of “Shows”, offering around 4,000 long-term shows from more than 60 different partners. In January 2010, YouTube introduced an online movie rental service, available only to users in the US, Canada, and the UK, and as of the end of 2010, the service offered more than 6,000 movies. different. In March 2010, YouTube began streaming certain content for free, including 60 Indian Premier League cricket matches. According to YouTube, this is the world’s first free live broadcast of a major sporting event. Also in 2010, YouTube “left the capital” to San Bruno, California. 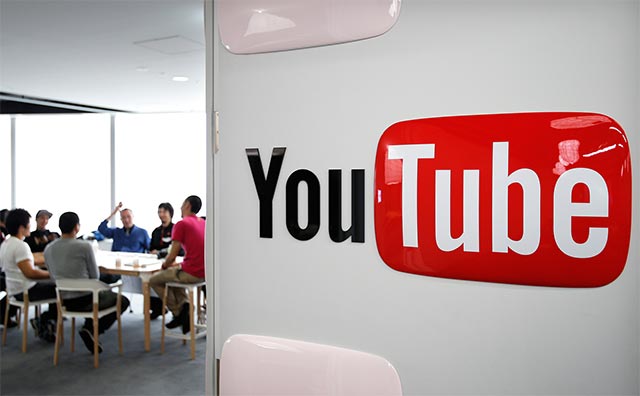 On August 10, 2015, Google announced plans to form a new corporation called Alphabet that aims to restructure the company by moving its subsidiaries to Alphabet, thereby narrowing the scope of operations of the company. Google. However, YouTube is still a subsidiary of Google, and has continuously grown and maintained its unique position in the video sharing field until today.

How often do you visit YouTube? How do you think YouTube needs to change to become a more complete service platform? Leave your comments in the comments section below!

Post Views: 46 ESET security researchers have discovered 42 Android apps on the Google Play Store that contain adware to show ads to victims to make money from them. These include applications that have been downloaded 8 million times since being launched in July 2018. Notably, ESET discovered that the author of dozens of Android […]

Cyberpunk 2077 postponed to September 2020, Keanu Reeves fans will have to wait

Post Views: 63 After the remake of Square Enix’s Final Fantasy VII and the new Avengers, it’s time for the highly anticipated Cyberpunk 2077 from CD Projekt RED to see its release postponed for several months. The title initially expected for May is moved to September. The players impatiently await the next game from CD […]

How to buy the best 10th-gen CPU

Post Views: 44 Confused by Intel’s new 10th-gen line up? We combed through every Ice Lake and Comet Lake CPU spec to figure out what’s right for you