How to Set Up a Cisco Router

The purpose of this article is to explain how to configure a Cisco router, as well as presenting the basic commands for its use. To understand the procedures in this article, you need to know about the function of a router and the routing protocols. The explanation uses a scheme of two computers – each representing a network. The tests were performed with the Packet Tracker. 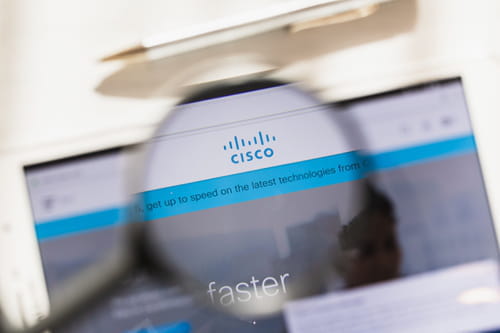 How to Implement a Cisco Router

You will need a router Cisco, two computers (representing the networks) and the console cable, which is provided with the router. 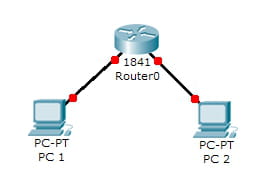 How to configure the computers IP

Network cabling, use of console cable

The two networks are now connected to the router. However, you will find that they are not communicating. Start by connecting the console cable (blue cable) between the router and the computer to be used for configuration. Initially, we will use Microsoft’s HyperTerminal to perform the necessary operations. You can also use PuTTY.

Different modes of operation of the router

User: view all information related to the router without being able to change it. The shell is

Privileged user: view the status of the router and import / export images from IOS. The shell is

Line configuration: configure a line (access to the router via Telnet) online. The shell is

Special: maintenance mode that can be used mainly to reset the router’s passwords. The shell is

First of all, you need to connect in privileged way and then move on to the global configuration mode to perform the following manipulation:

When in global configuration mode, just enter a single command to apply a password:

. Now, when a user tries to connect in privileged user mode, the password will be requested.

The configuration of the interfaces is ready. Your two networks should be able to communicate now. Try pinging a PC from a network to another PC. Always remember to save your current configuration using the command provided for this.

Configuration with the console cable and HyperTerminal is not very practical. You have the option to authorize administrators to connect to the router through a Telnet session from any computer on the two networks.

Configure the possibility of five simultaneous Telnet sessions on this router. We now arrive at the line configuration prompt. To activate Telnet, you only need to apply a password to the line:

Note: You must have already set a password and enabled authentication on the VTY lines, before connecting via a Telnet session. If not, the router will refuse the connection.

Save your configuration. This ends the basic configuration of the router. Next, check out a summary of the various commands used so far and others that you can use at other times.

Note: if several commands are given, one under the other, this means that they all have the same function and that they can all be used interchangeably.

Normal user: no command to be done, this is how a session starts;

The information commands show information about the router. They all start with the prefix show or sh. In most cases, they must be executed in the privileged way:

Show the running configuration file of the router:

Shows the configured protocols layer 3 of the OSI model:

Shows the memory statistics of the router:

Shows the information and statistics of an interface:

Assignment of IP adress to an interface:

Commands for recording the current configuration

These commands allow save the current configuration to automatically reapply it in case the router reboots. They are executed in privileged mode.

With this command you can return to the last saved setting, undoing all changes made so far. The following command must be run in privileged user mode:

To cancel a particular command, use the prefix at the before the command previously executed. For example, cancel the configuration of an interface:

How to change the router name

The router name can be modified to allow it to be differentiated on networks. The command will be executed in global configuration mode:

Specifically, a different name will appear at the command prompt for HyperTerminal or Telnet sessions.

These commands must be carried out in global configuration.