How to know the sex of the baby

Many parents’ doubts about the sex of their baby can only be resolved by fourth month of gestation. Find out how to know if the baby is a girl or a boy. 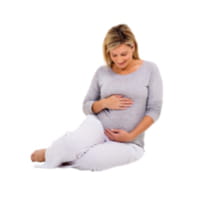 When it is possible to know the sex

It is possible to determine the sex of the future baby with precision through an ultrasound performed on the 22nd week of gestation. If the position of the fetus allows visualization of the genitals, the specialist doctor is able to perceive the formation of the penis or the labia majora. Before the fourth month of pregnancy, the organs are not fully formed and determining sex is a complicated task, with a high margin of error.

How ultrasound is done

In all, women must make three ultrasound throughout pregnancy. They must occur at the 12th, 22nd and 32nd weeks of pregnancy. The exam consists of a morphological ultrasound to check the growth of the fetus, analyze the functioning of the organs and measure the amount of amniotic fluid and the thickness of the placenta. While the 22nd week ultrasound helps to determine the child’s sex, the 32nd week ultrasound helps to observe the baby’s position and the possibility of normal delivery.

Some superstitions point out that certain signs on the body of the future mother they are able to indicate the baby’s gender, such as breast size, nipple color, belly shape, urine color, hair strand appearance. However, these supposed signs cannot guarantee the baby’s sex.

The Chinese table has been used for more than 700 years as a way of determining the sex of the baby. It takes into account the woman’s age and the month of conception. Based on this, we consult a table that indicates the child’s gender. According to the Chinese table, for example, 21-year-old pregnant women will only have male children if conception occurs in January. If it happens any other month, the baby will be a girl.

The Mayan table is another table used historically to point out the sex of the baby. Like the Chinese, she uses the woman’s age and the month of conception as variables. The results between the two tables are conflicting. In the Mayan table, for example, 30-year-old pregnant women who conceived in April will have a female daughter. In the Chinese table, pregnant women in this same condition will have male children.