Mac booting problems come in many different forms, but the gray screen crashes can be one of the most troublesome as there are so many possible causes. In addition, there are many other Mac problems that are also confused with the error of the Mac hanging on the gray screen.

What is the gray screen issue on a Mac?

The truth is that this error doesn’t always appear on a gray screen. The Mac that crashes at startup can also manifest as a black screen. In fact, the screen is so dark you could mistakenly believe it was powered off. This is especially true of Macs with built-in Retina displays, such as the Retina iMac model that doesn’t have a power indicator.

This booting issue is called the gray screen issue, as the screen will go gray during the boot-up phase when the problem occurs. Instead, recent Mac Retina models have a black or very dark display instead.

The gray screen issue occurs after the Mac is turned on or restarted. Characteristic of this problem is that the screen changes from blue when powered to gray, although you may not see a blue screen as it usually disappears very quickly.

You can only see the gray screen, which can also include the Apple logo, the spinning ball or the ban sign (a circle with a slash above). In any case, the Mac seems to be “frozen”. No abnormal noise, such as spinning optical drive or fan making excessive noise; the Mac just doesn’t continue with the login screen or the desktop.

Another startup error mistaken for this issue is that the screen goes gray with a flashing folder icon and question mark. It’s a separate issue, very easy to fix (will be covered in another article).

How to fix Mac stuck on gray screen when booting

Temporarily remove all peripheral devices for the duration of the procedure below (unless otherwise noted).

1. Turn off your Mac by pressing and holding the power button.

2. If possible, disconnect the Ethernet cable, audio in / out cable, headphones and any other peripheral devices.

Important Note: Do not disconnect the keyboard, mouse, or monitor. If the keyboard or mouse is connected via a USB hub, ignore the hub by plugging the keyboard and mouse directly into the Mac to check.

One of the most common causes that can cause gray screen issues is a problem with the peripheral or its cables. When a problematic peripheral is plugged into your Mac, it can prevent autostart from happening and cause it to stall while waiting for the peripheral to respond to commands.

The most common form of this problem is a problem with a peripheral or its cable causing one of the signaling pins on one of the Mac’s ports to “stuck” at high / low voltage. , short circuit to ground or positive voltage. Any of these conditions can cause your Mac to “freeze” during boot.

Note: Keep in mind that the problem could also be with the cable of the peripheral, so if you re-plug the peripheral and it causes the gray screen issue, try the peripheral with the new cable before you completely replace that device. 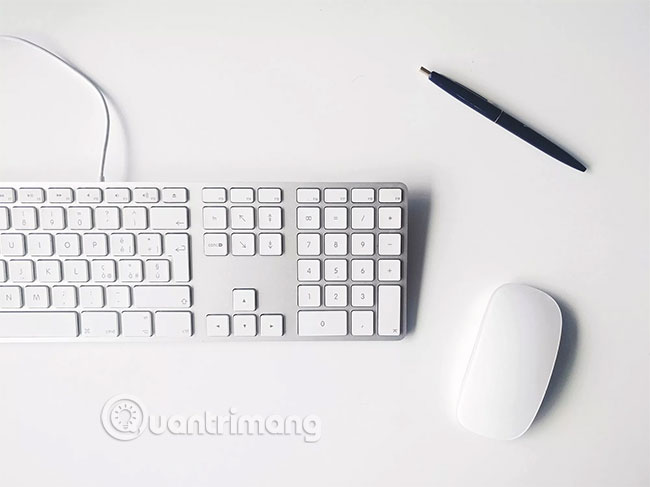 Try changing your current mouse and keyboard to an alternative that you know works well, then restart your Mac. If you don’t have a backup device, simply disconnect the mouse and keyboard you are using, then reboot by pressing and holding the power key.

If your Mac can get to the login screen or desktop, then you’ll need to determine if the problem is with the mouse or keyboard. Try plugging in one at a time and then restarting to confirm.

If there are no faulty peripherals or cables, try booting the Mac using Safe Boot mode. To do that, first disconnect all peripherals except the mouse and keyboard. 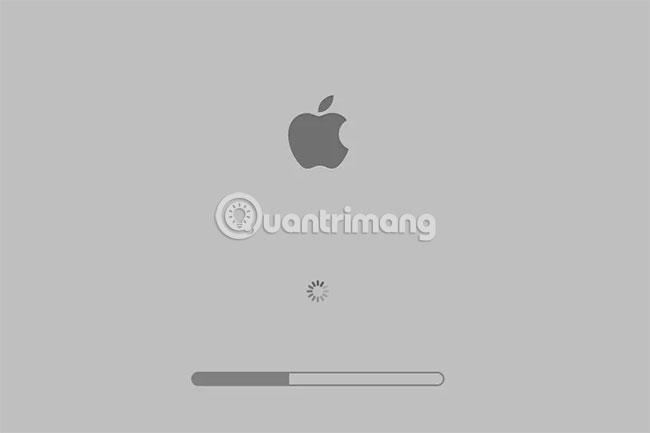 During the whole Safe Boot process, your Mac will perform a check on the boot drive folder. If this directory is intact, the operating system will continue the booting process by loading only the minimum number of kernel extensions needed to boot.

If your Mac successfully boots up in Safe Boot mode, try restarting your Mac in normal mode. If your Mac boots and goes to the login screen or desktop, then verify that the boot drive is working correctly. It is very likely that this drive has some problems that need to be fixed. You can use Disk Utility’s First Aid tool to check and repair the boot drive, even in the worst case scenario, the drive may need to be replaced.

Note: Resetting the PRAM and SMC returns the Mac hardware to default settings. Sound levels are set to default, for example, the internal speakers are set as the audio source, and brightness and display options are reset.

Restart the Mac after resetting the PRAM and SMC. If it works properly, reattach the peripherals one at a time, restart your Mac after each one, to verify that neither of them is causing the initial gray screen issue.

Method 4: Remove all but the minimum amount of RAM from your Mac

If you added any RAM stick to your Mac after buying, remove that stick and see if your Mac starts up normally.

If this is the case, then one or more modules of RAM have failed and you will need to replace it. However, you should be able to continue working with your Mac until you have replacement RAM.

Important Note: Unfortunately, some of the above troubleshooting steps will probably cost you some, even all, of the data on the boot drive. So, before taking those steps, be sure to try this RAM fix method first.

Method 5: Repair the boot drive by booting into external media

Boot into an external media, such as the installation disc, to verify the boot drive has a problem. 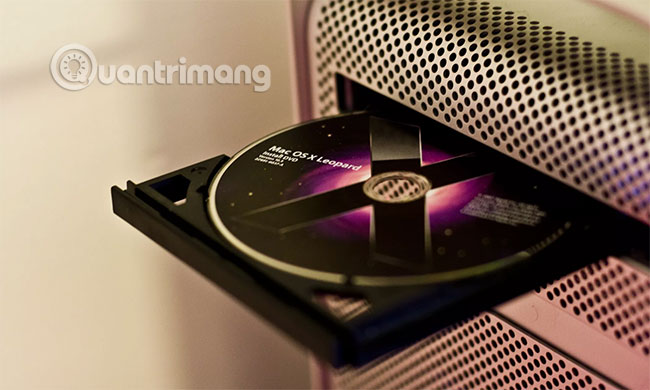 1. Insert the installation DVD into the Mac optical drive.

3. Start the Mac while holding the key C. This tells your Mac to boot from the media in the optical drive.

Boot from another bootable drive, such as an external hard drive or flash drive that contains a bootable operating system:

2. Connect an external hard drive or plug the flash drive into the USB port.

3. Start the Mac by holding down the key Option.

4. A list of available drives with a bootable OS X or macOS system installed will appear.

5. Use the arrow keys on your keyboard to select the destination drive, and then press Return or Enter.

If your Mac boots using any of these methods, repair your startup drive using the instructions in the Disk Utility section.

Note: If at this point the repair didn’t work, the boot drive might need to be replaced, including reinstalling the entire operating system.

Tips: If you can’t repair your startup drive using Disk Utility, try a third-party utility. Even if you can repair your boot drive, it will need to be replaced in the near future.

Method 6: Boot into single-user mode to repair the bootable drive

The screen looks like an old terminal, but is similar to the boot sequence in many Unix and Linux operating systems. In fact, many of the same commands are available from the prompt.

When in single-user mode, the Mac doesn’t automatically load the GUI, including the desktop. Instead, it stops the boot process after starting the base operating system kernel.

Method 7: Remove, replace the boot drive or take your Mac to a service center.

If you are unable to start your Mac using any of the methods listed above, your boot drive may be damaged or there is another internal component that is preventing your Mac from starting.

Post Views: 78 Why did the mk enter it jump down to the title of huhu help meeee

Post Views: 66 Triumph Street Triple is not too rough when accelerating, it accelerates fast but still has enough time for us to enjoy the feeling of following the fuel stream is spraying into the engine compartment. And the car was born as if to enjoy the beautiful roads, the curving road around the cliff […]

Post Views: 127 Do you feel frustrated because the shoelace keeps falling, affecting the running, or the teacher is bothered by being forced to bend down by the lover because it is romantic like a Korean movie … Don’t worry, because Famous shoe brands in the world that stand out are Nike is solving those […]