How far can the “big tree” of China Gold Jewelry hit the IPO?

However, it is precisely because the back of the tree is good to enjoy the cool, Zhongjin Jewelry also exposed some problems. With only 25 R&D personnel, accounts receivable and franchise model, will the hidden risks be a “stumbling block” for CICC Jewelry to hit A shares? 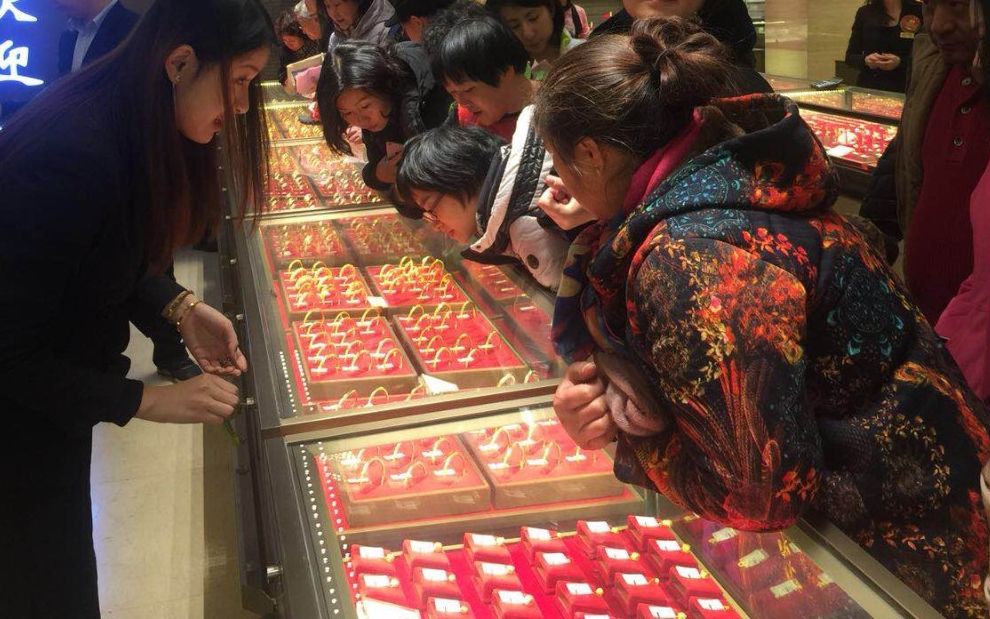 CICC Jewelry is the second batch of pilot enterprises for mixed-ownership reform of central enterprises identified by the National Development and Reform Commission. It has formulated a pilot program for mixed-ownership reform to introduce investors with multiple ownership systems. In 2017, CICC Jewelry introduced CITIC Securities Investment, Suqian Hanbang and other strategic investors and industrial investors, and established an employee shareholding platform to increase capital and shares, financing 2.25 billion yuan.

According to a previous report by China News Agency, after the capital increase and share expansion, the total shareholding ratio of the three types of new entrants reached 41% (of which, strategic investors hold 24.52% of the shares; industrial investors hold 9.81% of the shares; 150 A key employee holds 6% equity). The shareholding ratio of China National Gold Group Co., Ltd. and those acting in concert was reduced from 85% to 51%.

Today, China Gold Jewellery has moved towards the third step of reform.

Although born with a “gold spoon”, Zhongjin Jewelry is also facing a common problem in the jewelry industry-accounts receivable are increasing year by year.

CICC Jewellery’s bad debt provision of accounts receivable in 2019 was 123 million yuan, which was a significant increase from the 2018 bad debt provision of 64.78 million yuan. In this regard, China Gold Jewellery said that it was mainly due to a single provision of 71,297,600 yuan for bad debts. The company’s customers, Starlight Jewelry Group Co., Ltd. and Hefei Junge Trading Co., Ltd., were temporarily unable to repay the company’s payment due to their liquidity problems. The balances of accounts receivable related to these two companies were 28,624,500 yuan and 26,867,500 respectively. CICC Jewellery has made full provision for bad debts for the above accounts receivable and has filed related lawsuits.

Among them, the controlling shareholder of CITIC Guoan Investment, CITIC Guoan Group, was previously in a debt crisis, but as of the signing date of the prospectus, all the accounts receivable of CITIC Guoan and Beijing Gold Trading Center in 2018 have been recovered, and CICC Jewellery and the two No more transactions occurred.

It is worth noting that China Gold Jewellery stated that since January 2020, the pneumonia epidemic caused by the new coronavirus has spread throughout the country and the world, and the retail industry has been greatly affected by the new coronavirus epidemic. The epidemic has adversely affected the operation of the company’s downstream customers. In extreme cases, it will affect the downstream customers’ payment to the issuer, and even lead to bad debt losses for CICC Jewelry, which may cause the company’s listing year’s operating profit to drop by more than 50% year-on-year or even The situation of loss.

In the prospectus, CICC Jewelry admitted that the increase in the number of franchise stores and the further expansion of the scale will increase the difficulty of the company’s management, especially in the internal control aspects of the company’s procurement and sales, inventory management, personnel management, and financial regulations. High demands.

The common business model of the jewelry industry is a combination of direct sales and franchising. Industry insiders told reporters that the advantage of direct sales is channel control, but with heavy assets and large investment, it is suitable for companies with sufficient funds and franchise stores are more flexible. Under the franchise model, the company can fully and effectively utilize the geographical advantages of franchisees to accelerate the efficiency of brand expansion, but there are also very big hidden dangers.

The last jewelry company that relied on the “join” model to counterattack and tried to land in the A-share market was Saturday Fu. According to the prospectus disclosed by Saturday Fortune, from 2016 to the first half of 2019, the franchise model revenue was 474 million yuan, 807 million yuan, 1.323 billion yuan, and 753 million yuan, accounting for 90.69% and 86.45% of the main business revenue, respectively. , 82.18% and 80.50%. As of June 30, 2019, Saturday Fortune had 3,050 franchise stores and 20 self-operated stores; the net increase in the number of stores in each period during the reporting period was 182, 489, 529, and 269, respectively. Saturday Fu admitted in the prospectus that under the franchise model, the company needs to maintain a high inventory level and style reserves to meet the purchase needs of franchisees.

There are only 25 R&D personnel, and the transformation is long

With the increasingly fierce competition in the industry, gold and jewellery companies are accelerating their transformation from “manufacturing” to “creative”, gradually deviating from the original low-value-added profit model that relies on entrusted processing, and by cultivating their own brands and building sales channels, The business extends from the original manufacturing and processing to the downstream light asset side such as brand operation, channel management, design R&D and supply chain integration, and more participates in the competition in the gold jewelry retail market.

CICC Jewelry is also trying to transform. However, in 2017, 2018 and 2019, the research and development expenses of CICC Jewelry were 3.5224 million yuan, 3.4645 million yuan and 8.5274 million yuan, which accounted for a relatively low proportion of current operating income. As of December 31, 2019, the company has only 25 R&D and designers, and 9 with master’s degree or above.

Libya: Eastern forces withdraw from some areas in the capital Tripoli

Post Views: 75 -> Libya: Eastern forces withdraw from some areas in the capital Tripoli 0:00 / 0:00 0:00 Southern North Southern North North female Southern female Southern South The withdrawal was made after the LNA lost control of the Watiya Air Base in southwestern capital, Tripoli, to forces supporting the Libyan National Solidarity Government […]