Simply put, a VPN (or virtual private network) provides a secure way to connect to the Internet, encrypting the data you send over the connection to protect it, while also providing you with better levels of online privacy.

VPN technology has been around for years, but there has been a spike in interest lately. This has been fueled by a variety of factors, including growing concerns about governments monitoring online activities, ISPs likely to resell user data, more people working from home and, of course, the ubiquitous hackers looking to intercept malicious act data.

It is therefore not surprising that many people are turning to a VPN to defend themselves against these impending dangers. An understanding of how this software works will help users decide if and when to use this technology, the types of threats they can protect against and all of the limitations found therein.

Broadly speaking, there are two basic types of VPNs: corporate and consumer.

The first type is the consumer VPN, which is the variety that most people think of these days when the term is mentioned. With a consumer VPN, the user is connected to the private network through an encrypted tunnel, called a VPN tunnel. Data transferred through the tunnel is encrypted to keep it private and prevent it from being intercepted.

The user transmits encrypted data to the VPN server through the virtual connection, which then connects to the global web, keeping user activities more anonymous and secure. The ISP cannot see the transferred data, only that the user is connected to a private server.

Consumer VPNs have many uses contributing to their current popularity. Some common uses include:

Methods of setting up a VPN for a home user include at the computer or router level. Configuring one individually on a PC has the advantage of simplicity, and it’s easier to try a new service without fully committing to it. While desktops and laptops can be set up this way, and even Android and iOS phones, not all devices – like smart TVs or multimedia boxes – will be able to connect to a VPN service.

On the other hand, having VPN at the router level offers the advantage of having the entire network on the VPN without configuring each device individually, which means that the aforementioned devices like smart TVs will be covered.

A crucial component is the tunnel that connects the user to the VPN server, which is the key to keeping data private. At this point, remember that to send and receive data over the Internet, you need to divide it into packets. To secure each data packet, it is wrapped in an external packet which is encrypted through a process called encapsulation. This external packet protects data during transfer and forms the basis of the VPN tunnel. Upon arrival on the server, the external packet is removed, to access the data of the internal packet, and this requires a decryption process.

Corporate VPN, also known as remote access VPN, is a method for an off-campus employee to connect to the corporate private intranet securely while off-site. Security is maintained via a password and, in some cases, via a security token or a smartphone app that generates one-time passwords.

There are two essential elements of a corporate VPN. The first is the remote access server (RAS), also called network access server (NAS, but this term is confusing because NAS is also an acronym for network storage), which is the server with which a user connects via the Internet to access the corporate network. The second component is the VPN client software, which establishes the connection to the RAS and guarantees confidentiality through the encryption process.

This technology is useful for off-site or on-road workers who still need to access resources on the company’s internal private network. Once the remote worker is authenticated, they are connected to the company intranet via an encrypted tunnel; in other words, a private connection is established on the public Internet. The corporate VPN has enabled remote workers to collaborate with colleagues using services such as desktop sharing.

For larger companies with multiple campus locations, and in turn multiple LANs, an even more robust solution is required. It is a site-to-site VPN, which makes it easy to share corporate resources across multiple sites by securely connecting geographically separate campuses. 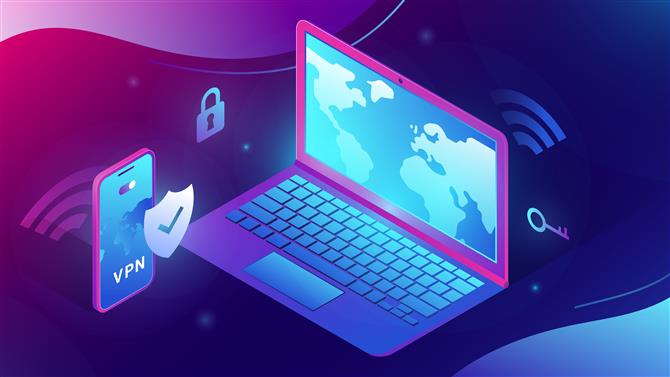 VPN is a technology with many useful applications, as well as limitations. With an understanding of how a VPN achieves privacy through the tunneling process, users can successfully leverage the tool, thereby improving their Internet experience.

For users who value their anonymity and online security, it is worth choosing, configuring and maintaining the best VPN service (there are even free quality VPNs) to keep internet traffic encrypted and safe.

Hamster Free Video Converter: Convert any video to any format

Post Views: 47 The first day of playing Red Dead 2 went pretty well, so I wasn't too concerned about reports of performance issues on the internet. But those issues currently dominate social networking sites. Some gamers reported that the game froze when they first came to Valentine. The sound is distorted and when I […]

Post Views: 54 Apple was one of the first companies to introduce portrait or bokeh capabilities to the iPhone with the launch of the iPhone 7 Plus in 2016. Since then, it has only tweaked this feature and has not really had any. improve any meaning. Recently, a new application on the iPhone has allowed […]