How about the performance of the A12Z to be used on a computer? Running score surpassed Intel quad-core Core i5 processor, reaching mid-range level

This article is released under the authorization of Kuai Technology. Original title: New iPad Pro performance test: The A12Z runs beyond the quad-core Core i5. The content of the article represents the author’s point of view, and has nothing to do with this standing field. Please do not reprint without permission. 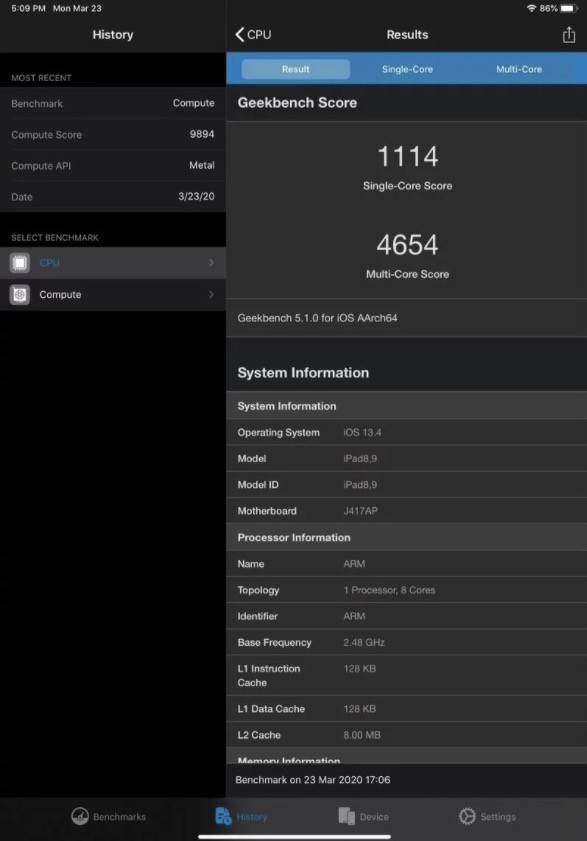 For this comparison, some netizens also said that the A12Z/A12X running points are stronger than the MacBook Air. However, it is also pointed out that the MacBook Air has also achieved active cooling fans, but the A12X/A12Z does not.

In terms of price, the MBA i5+256GB is $1299, and the price of the 11-inch iPad Pro with keyboard cover and Apple Pencil is similar, so how do you choose?