Today (May 16), the Bundesliga will officially return and focus on the match between Dortmund and Schalke. These two teams are “rivals” in the German Ruhr region. The interesting information is that the current coach of Schalke, David Wagner is a close friend of Jurgen Klopp, the former Dortmund coach. It is the American coach who admits that he is influenced by many of his best friends’ football philosophies. 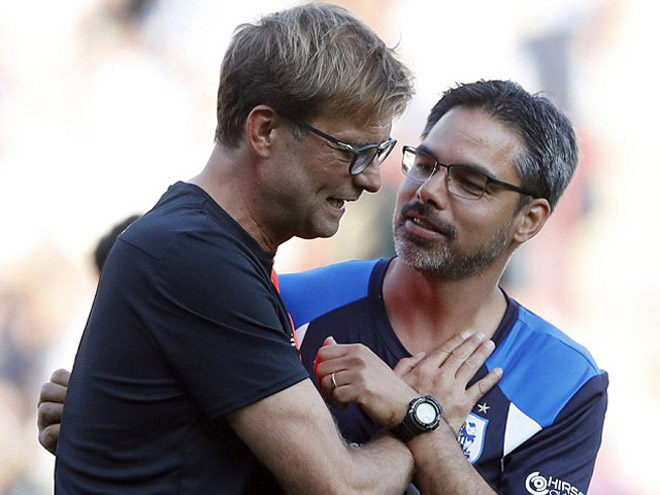 Unai Emery blames Ozil. The Spaniard was beaten by Arsenal last year due to his poor performance and still seems to be quite upset with Mesut Ozil. The German midfielder was the highest paid in the team but could not play. “I have tried my best to help him but the result is nowhere. He also promised to be determined but it all stopped at an average level.

Messi is not confident. In a recent interview with Mundo Deportivo, Leo Messi acknowledged that Barcelona received a slight advantage from the break due to the Covid-19 epidemic. However, the Argentine superstar is unsure of the team’s performance and needs to step into real matches to know exactly.

Lampard praised Xavi and Iniesta. In a recent interview, Frank Lampard did not regret the words of the former midfielder duo of Barceloan, Xavi and Iniesta. “Confronting Xavi and Iniesta is the most difficult. They control the ball and the space too well. They made us run around and could not reach our feet.

“Neymar England” Sancho should join Liverpool instead of MU: While the “Red Devils of Manchester” are in great demand for Jadon Sancho, according to former England defender Glenn Johnson, Borussia Dortmund’s young star should choose to wear Jurgen Klopp’s team this summer:

“Sancho has been noticed by most of the top clubs in Europe, but in my opinion, he will certainly be difficult to reject Liverpool if they knock on the door.” – former star of “The Kop” said on Betdaq. “Mourinho II” about to part with Marseille: According to ESPN, after the departure of Olympique de Marseille sports director Andoni Zubizarreta on Thursday (14/5), coach Andre Villas-Boas is expected to stop leading the team of the French port city next season.

“Second Mourinho” Villas-Boas used to sit in the “hot seat” at both Chelsea and Tottenham. This season, the Portuguese strategist led Marseille to take the Ligue 1 runner-up position when the tournament soon ended because of the concern of Covid-19.

Officially recognizing the new Belgian football king: SAfter the vote of the representatives of all the clubs in the Belgian National Championship (Jupiler Pro League), Club Brugge was officially recognized as the crowning team of this tournament. This is the 17th national championship in history and the 3rd in the last 5 seasons they crowned the highest in Belgium.

The home team Jan Breydel also won an official place in the Champions League group stage next season. The only relegation spot this season in the Jupiler Pro League belongs to the Waasland-Beveren group.

Man City decided to stop Juventus from flirting with Jesus: According to The Sun, in the context of Juventus being very interested in Gabriel Jesus, the Etihad team is planning to persuade this striker to sign a new contract with a salary of £ 120,000 / week. The current contract of the Brazilian striker with Man City is still 3 years away from maturity.

Inter wants to skimp on “hot goods” Dembele: Corriere dello Sport newspaper said that Inter Milan has just jumped into the race for the signature of Moussa Dembele (Lyon). Former Celtic striker is still the target of both Manchester United and Chelsea. Amazon sues, Microsoft is at risk of losing JEDI bidding package and more!

Post Views: 51 -> Microsoft has been awarded the JEDI bidding package by the US Department of Defense – a bidding package worth up to 10 billion USD to provide cloud solutions for the US military within 10 years. However, the result of this bidding makes many parties, as well as rivals of Microsoft in […]

Placing the case on the table or on the ground is less dusty, this is the answer for you

Post Views: 42 In this article, I will analyze some factors to consider when you want to put your PC on the floor. Ventilation and dust problem The case manufacturers always calculate and design so that the air can circulate easily and cool the components inside. Basically, we have fans and air vents on the […]

How to use your DSLR or mirrorless camera as a webcam

Post Views: 48 Homework has become the new standard for most of us, with meeting rooms now being replaced by Zoom, Hangouts or Skype. But if your laptop’s built-in webcam isn’t up to scratch, you may be wondering how to use your DSLR or mirrorless DSLR as a webcam – and we’re here to show […]