New Honor 20 Lite is on its road to its home country of China after George Zhao promised its arrival. The phone already appeared on TENAA, the brand director of Honor shared some of its upcoming colors, and on top of that, the official Weibo profile of the company announced the launch date – it is October 15. 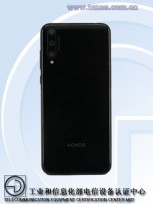 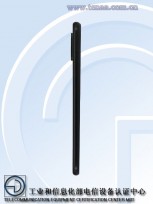 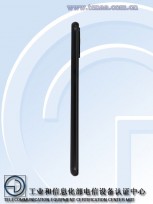 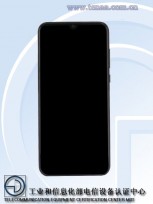 Looking at the camera department, we have a 48 MP main shooter, coupled with an 8 MP snapper and a 2 MP depth sensor, while the front-facing camera is 16 MP. It is tucked in a waterdrop notch and not in a punch-hole like the Honor 20, Honor 20 Pro, or the Honor 20S.

Since the device is aimed at the midrange market, the appearance of the Honor 20 Lite is as important as the specs sheet. Ms. Xiaoyun Zhang, the chief brand officer, shared some of the paint jobs, expected to make their way to the back of the phone. Some of the sketches reveal diagonal gradients with green-orange-peach combo or a colder aqua-purple-violet solution.

Various colors of the Honor 20 Lite

The phone is expected to have Magic UI 2.0 (that’s the rebranded EMUI for Honor phones), based on Android Pie, while the battery will be at least 3,900 mAh. At tomorrows event, we will see how much will the Honor 20 Lite cost – our expectations are to be positioned between the Honor 20i (globally known as Honor 20 Lite) and Honor 20S, so a starting price of around CNY1,799 or about $250.

Post Views: 36 Not long ago, Xiaomi president and general manager of Redmi brand – Mr. Lu Weibing confirmed that Redmi K30 will be the company's first 5G phone. Today, this CEO has continued to share information related to this interesting smartphone. Specifically, in a post on the Weibo social network, Lu Weibing said: “5G […]

Post Views: 55 In iOS 11, Apple has brought to users a long-awaited application: the Files manager. And not only is it used to manage files on iPhone or iPad, this application can also link with other cloud services as well. If you’re a longtime Mac user, you’ll find the Files app on iOS has […]

Post Views: 16 TTVN, dial-up network, Yahoo! Messenger or forums … those are unforgettable memories of many Vietnamese people before Facebook, Zalo. On November 19, 1997, Vietnam officially joined the global Internet after years of testing since the early 1990s. From the period of “chaos” with mail-lists, dial-up networks, to the unforgettable memories with Yahoo […]