Honda CB150R: bonus is not for the majority

With the innovative design following the Neo Sports Café trend, the Honda CB150R becomes more strange, more modern but still has a retro classic. This is also the design DNA of a large family of CBs such as CB1000R, CB650R, CB300R …

In the afternoon, sitting with coffee with a familiar friend with many similarities, how to bring home a motorcycle without being inspected by the unfriendly look of the elderly neighbor or the solemn words of the students because of the aversion of the big bangs exploding. My friend told me to buy a Honda, if you ask about a car, you can say that Honda is okay.

After that afternoon, thanks to acquaintances, I also had the opportunity to experience the Honda CB150R Exmotion. Although only 150cc capacity is classified as the youngest member of CB family and belongs to the small segment. But with the new design, if not noticed, it can be mistaken for other large displacement models because the car shape is quite sticky, full and firm.

With the design taken from the elder in accordance with the Neo Sport Café philosophy, CB150R is easy to impress especially by the harmonious look between modern and classic such as round headlight cluster, Upside down forks or individual car stamps … The front part of the car is highlighted by an always-open 2-stage LED headlight combined with a typical LED demi array, LED turn signals, including LED taillights. 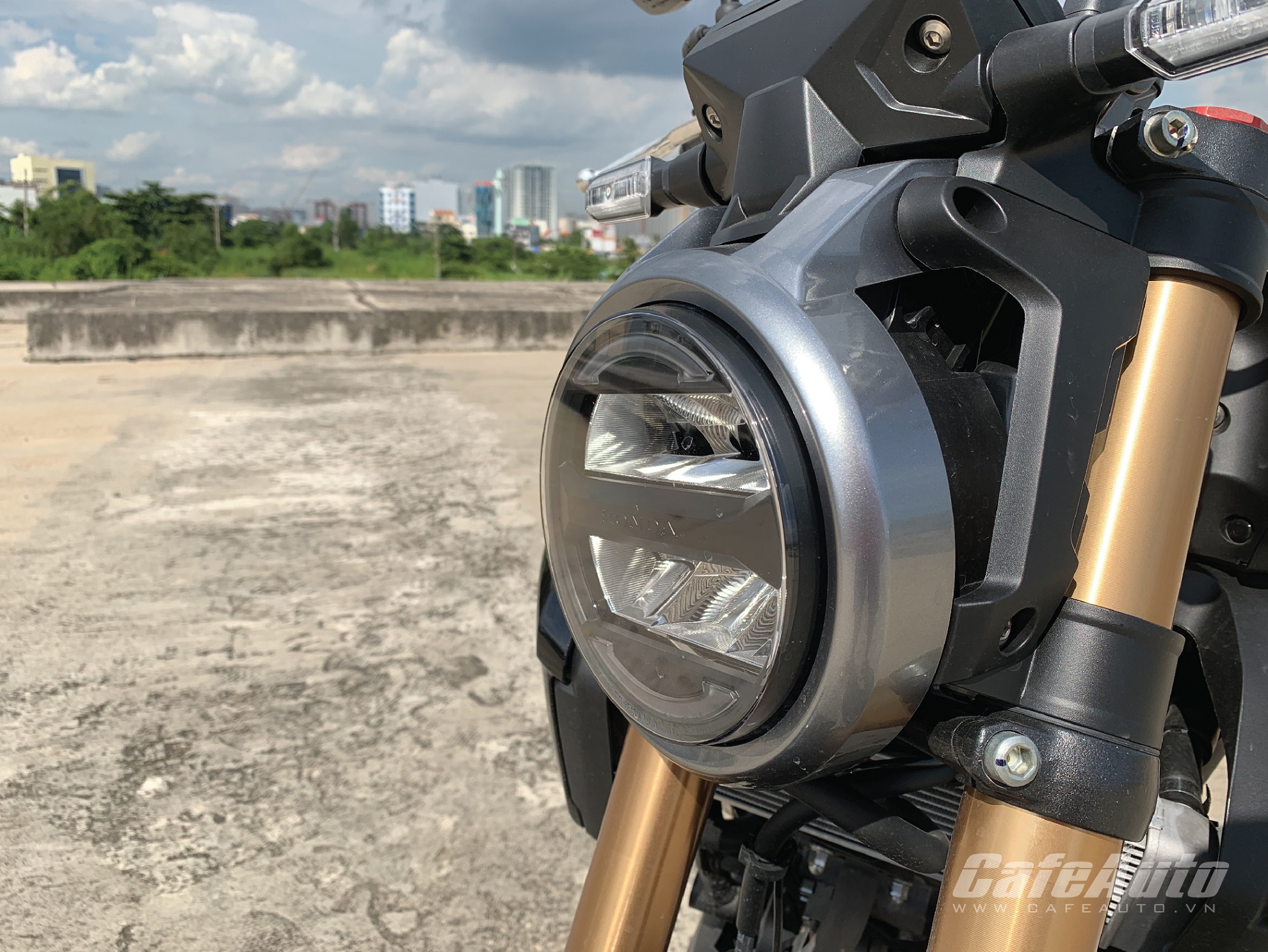 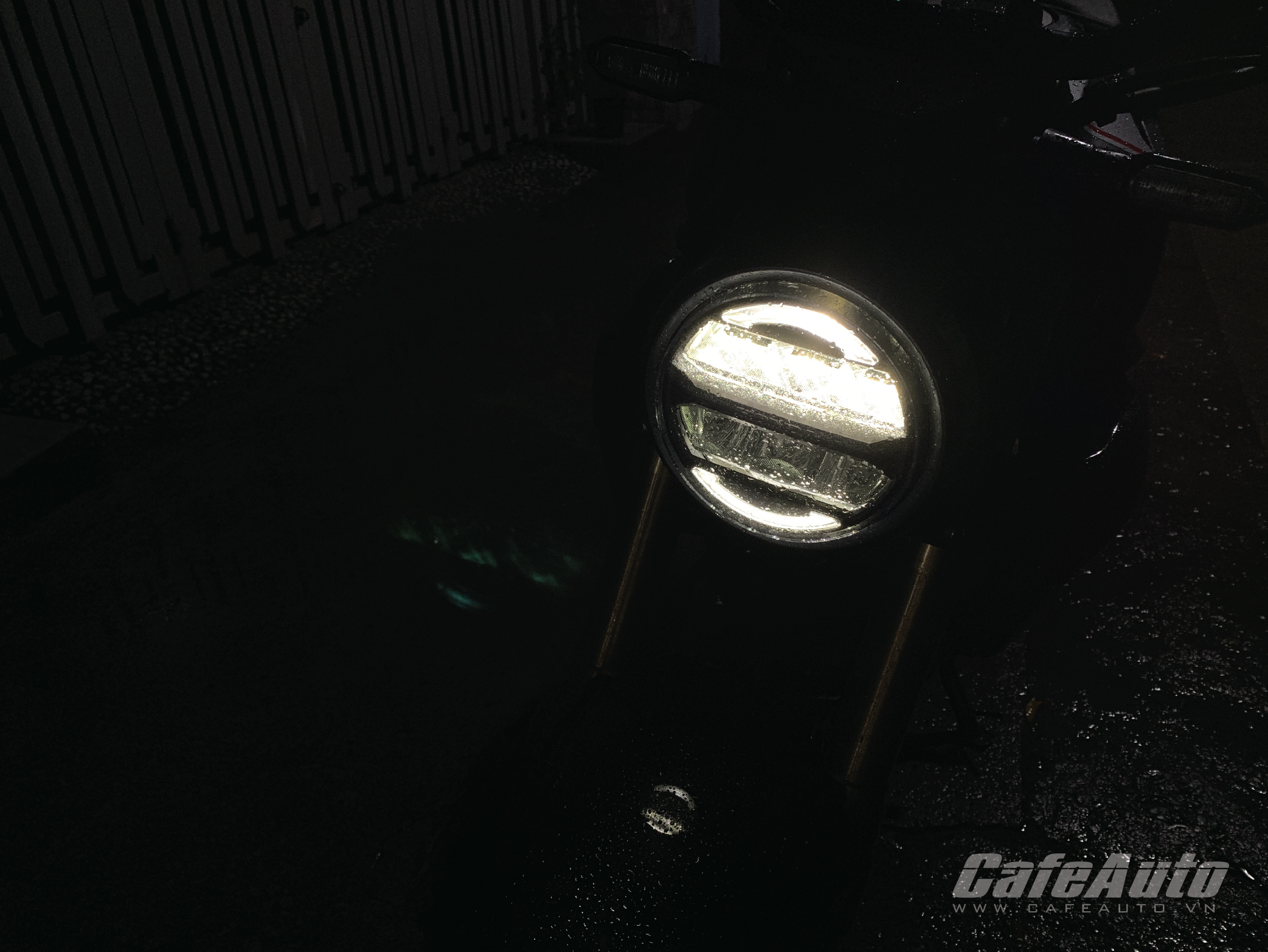 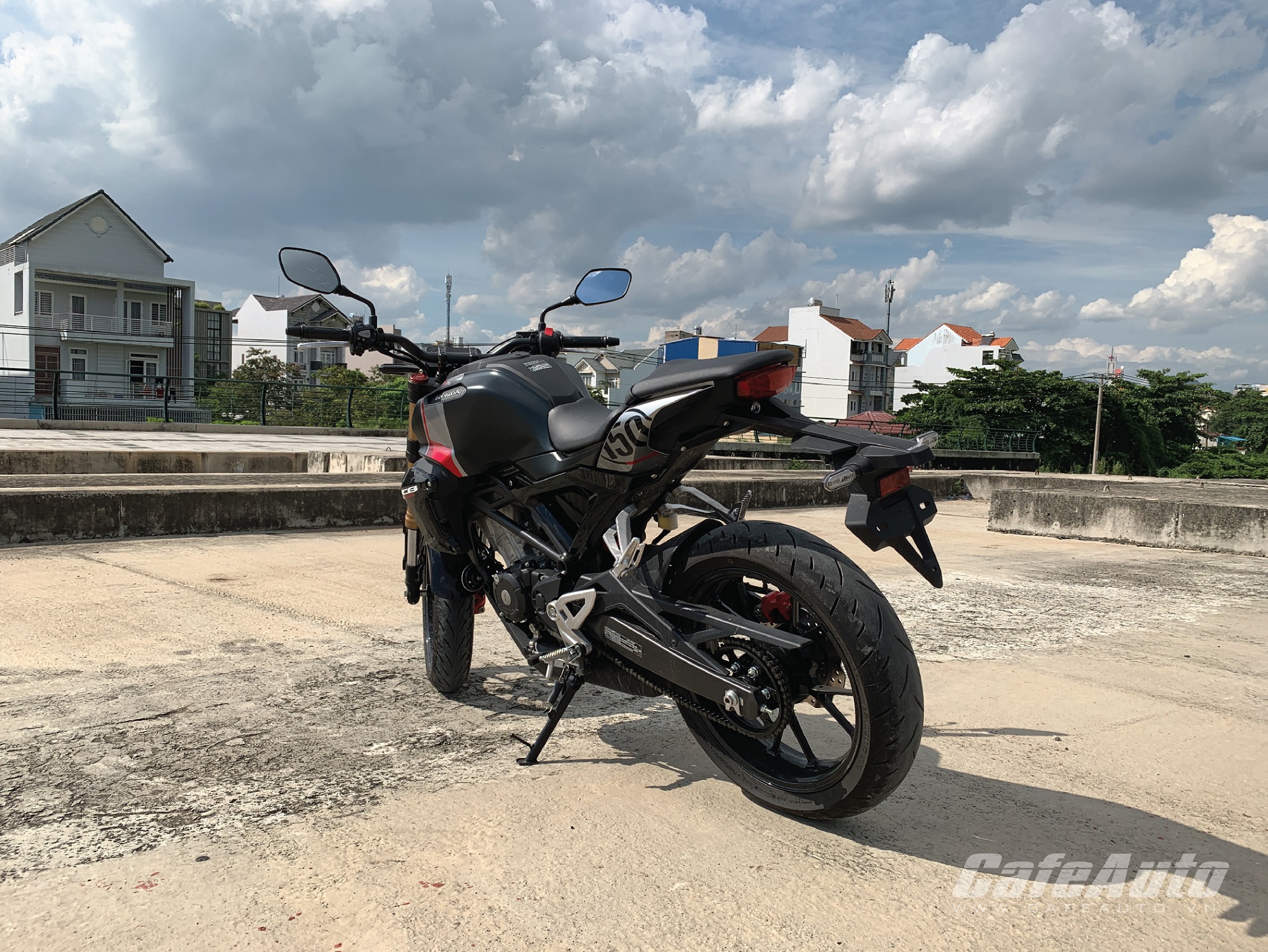 Of course, the lights are not enough to attract, because the soul that makes the hardness is the Upside down forks from the famous Showa brand with the size of 41mm, the largest in the 250cc segment. Along with that is a pair of 17-inch dual-spoke wheels, however, for some, the thin-looking dual-spoke design has not really achieved certain hardness. But the most expensive on the feet of CB150R is the 2-channel ABS brakes front and back to ensure the driver’s safety when operating. In fact, many times the driver deliberately squeezes the front brakes at a range of speed from 40 to 70km / h and the result of the system works extremely well without slipping, which helps the driver calmly handle the Unpredictable unexpected situations. 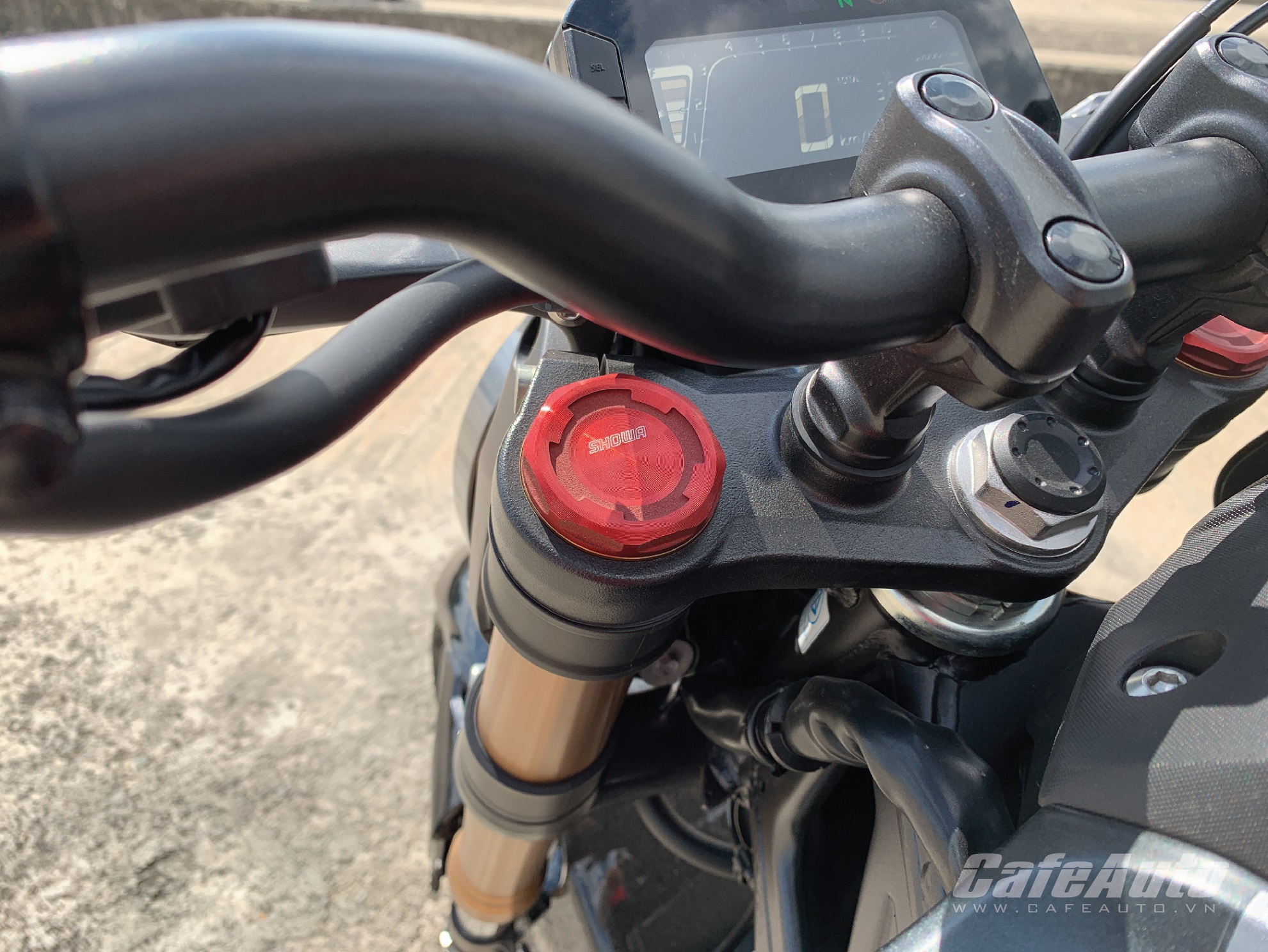 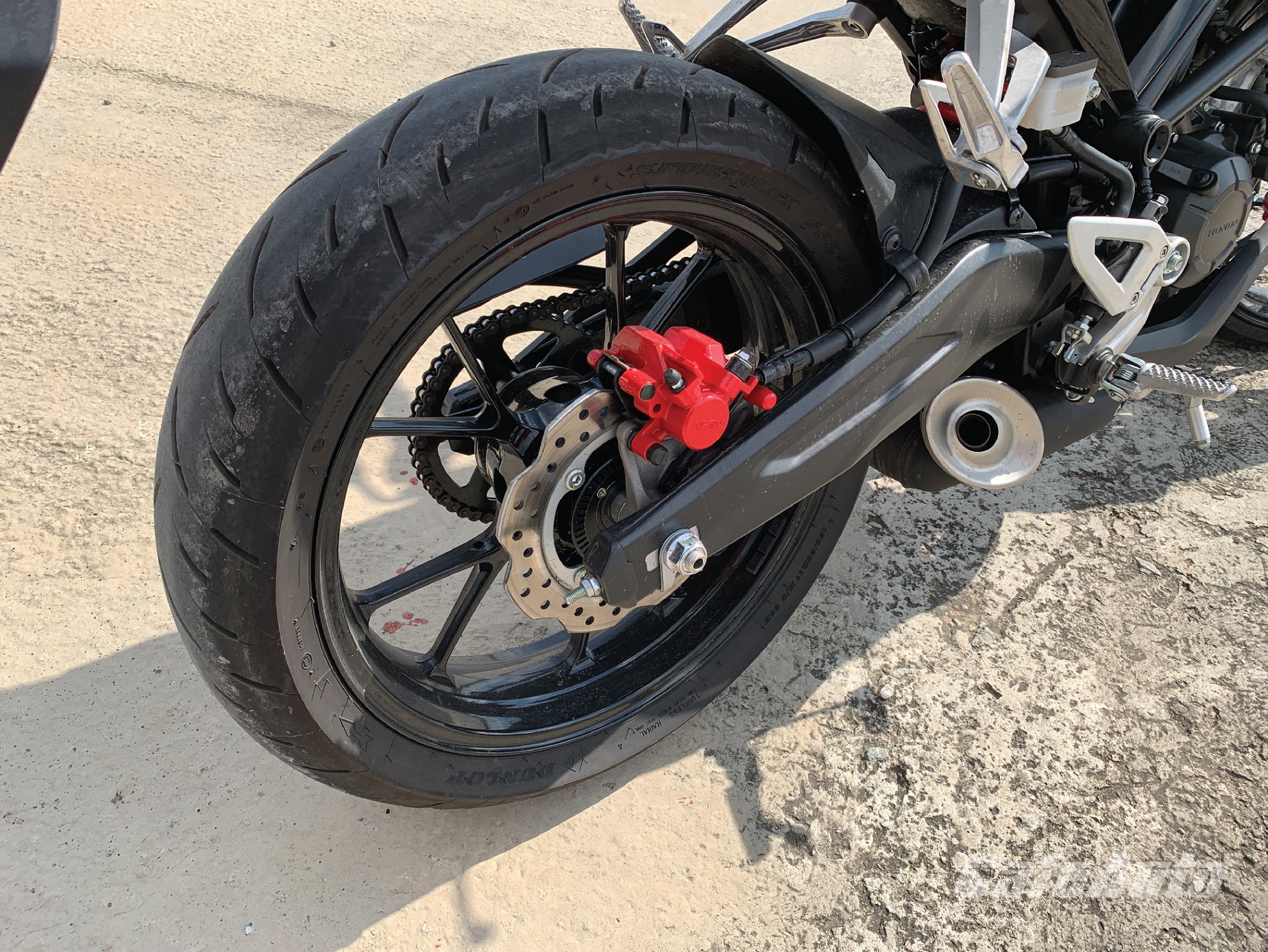 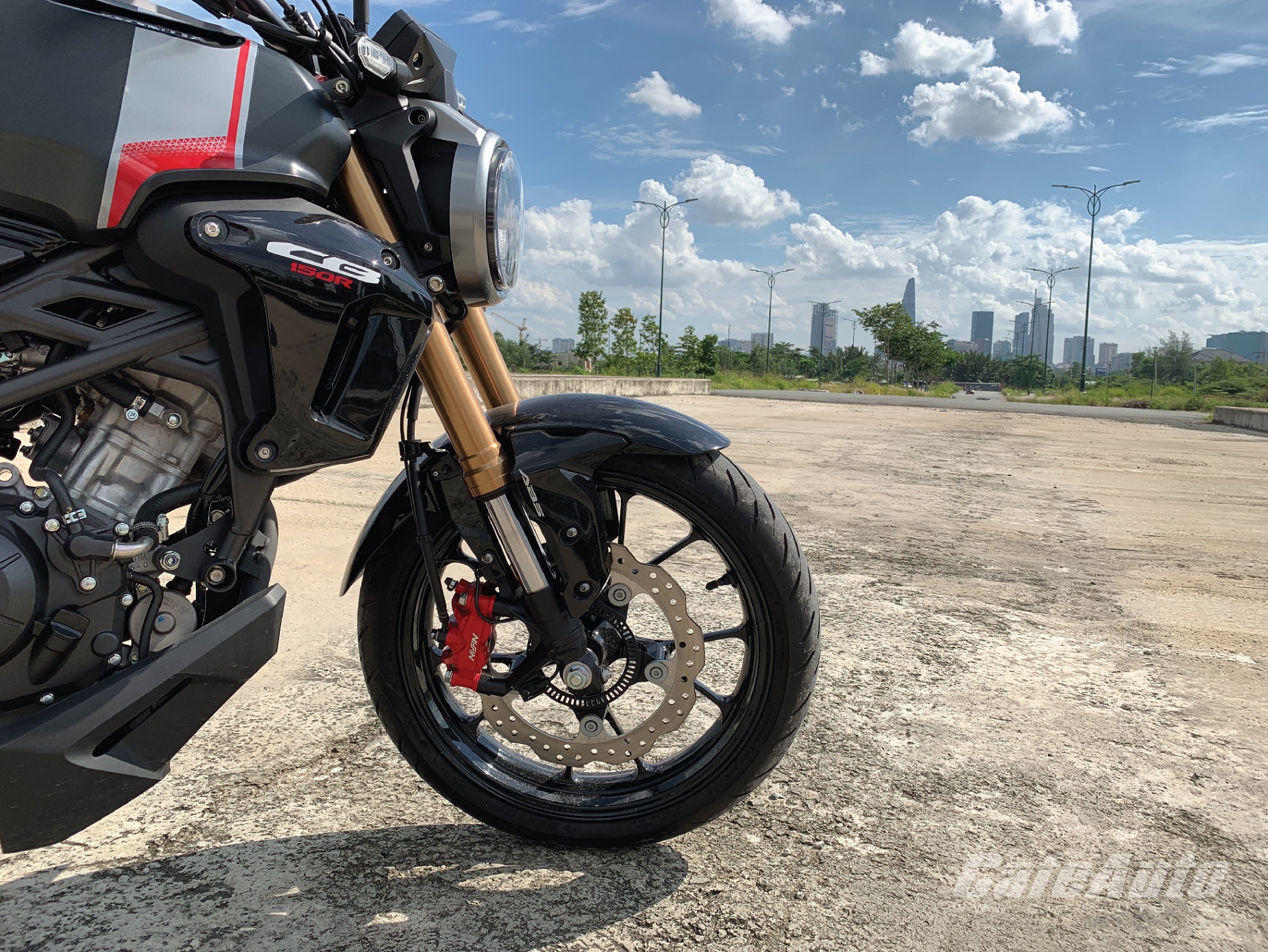 If you pay attention, you can see the 149.2cc DOHC engine block is exposed openly behind the tank is quite small compared to the models in the segment or models with a capacity of 150cc. But CB150R is a nakebike so the chassis is airy to help the engine cool down more efficiently during operation. 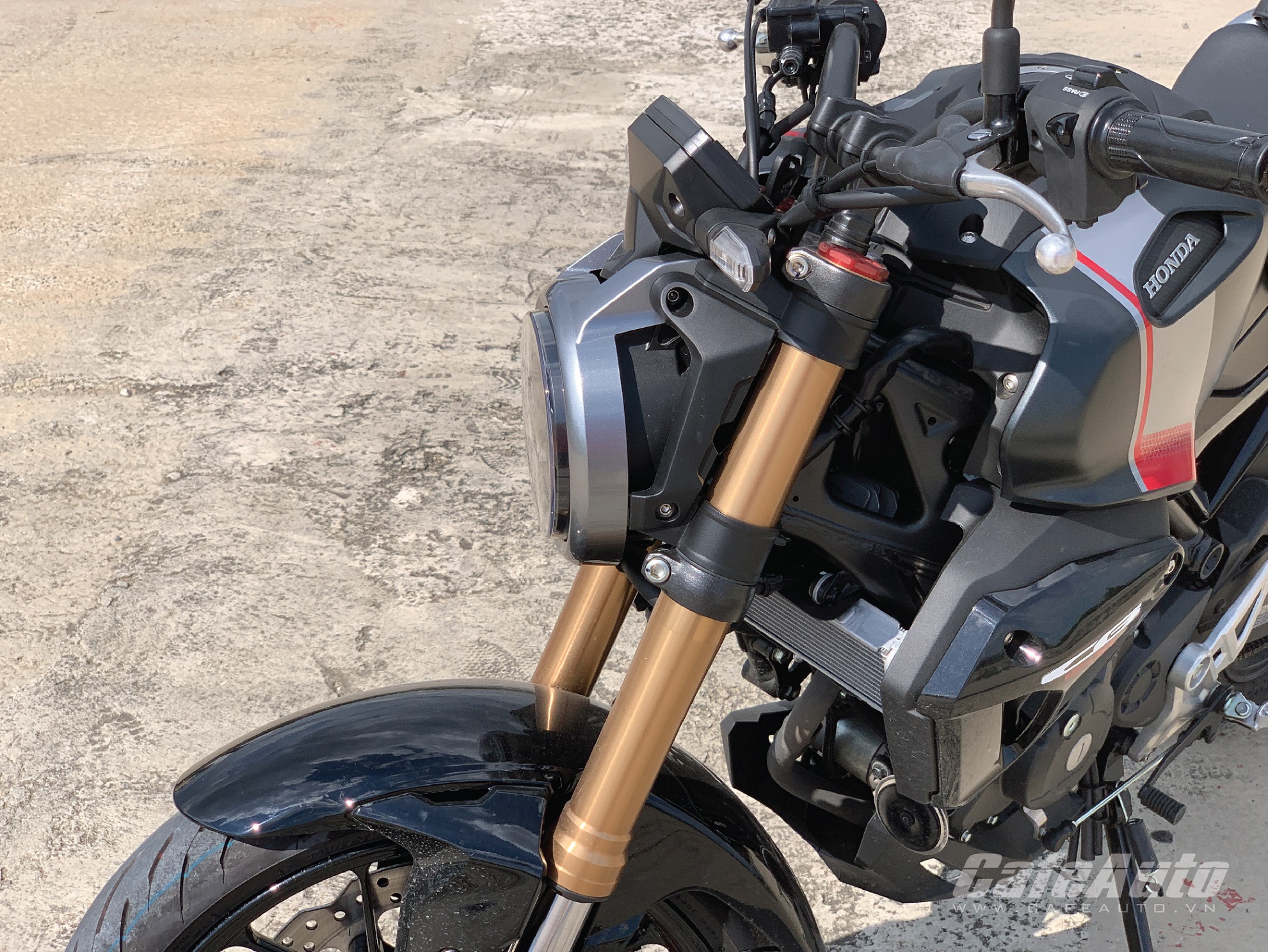 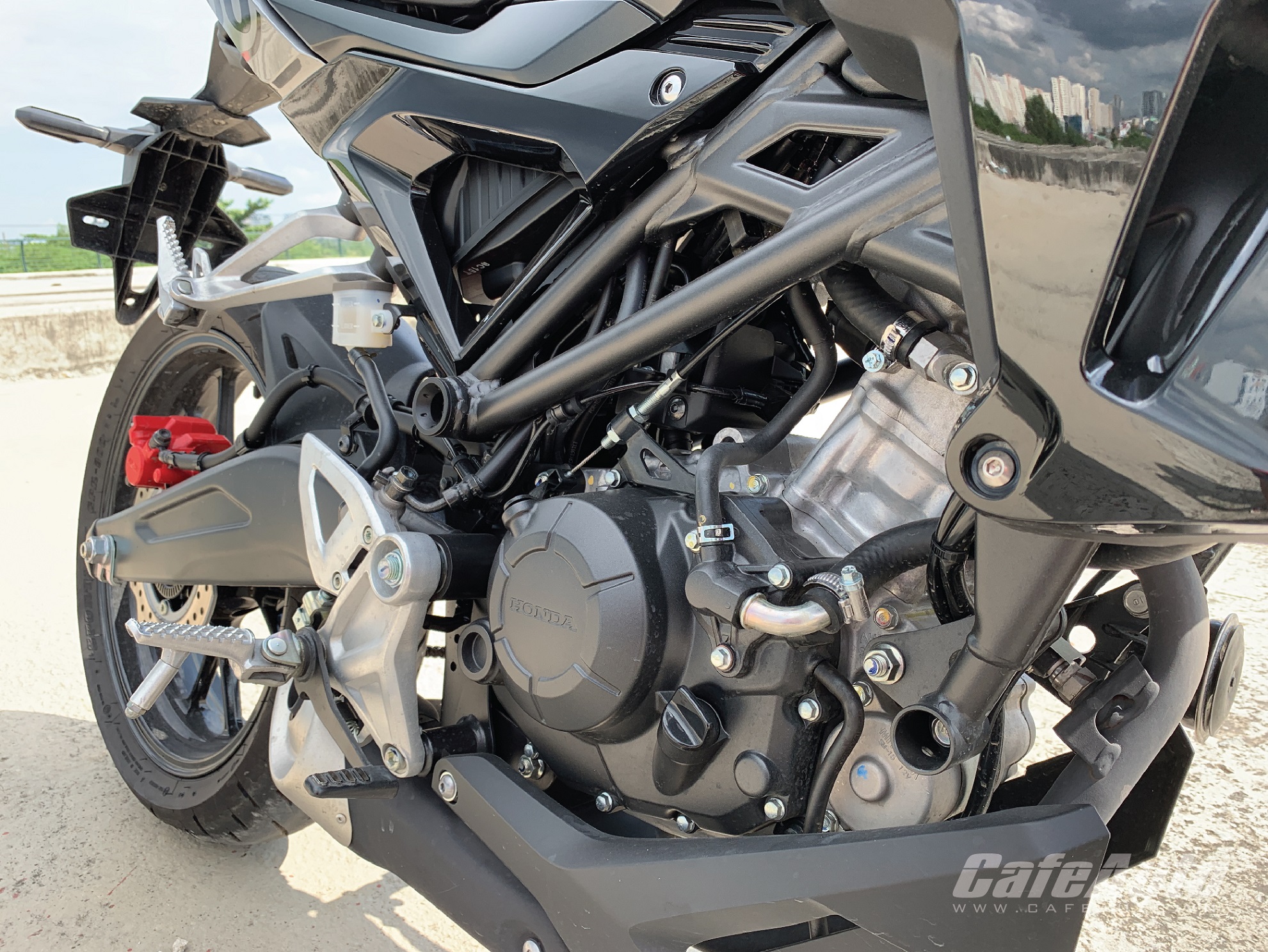 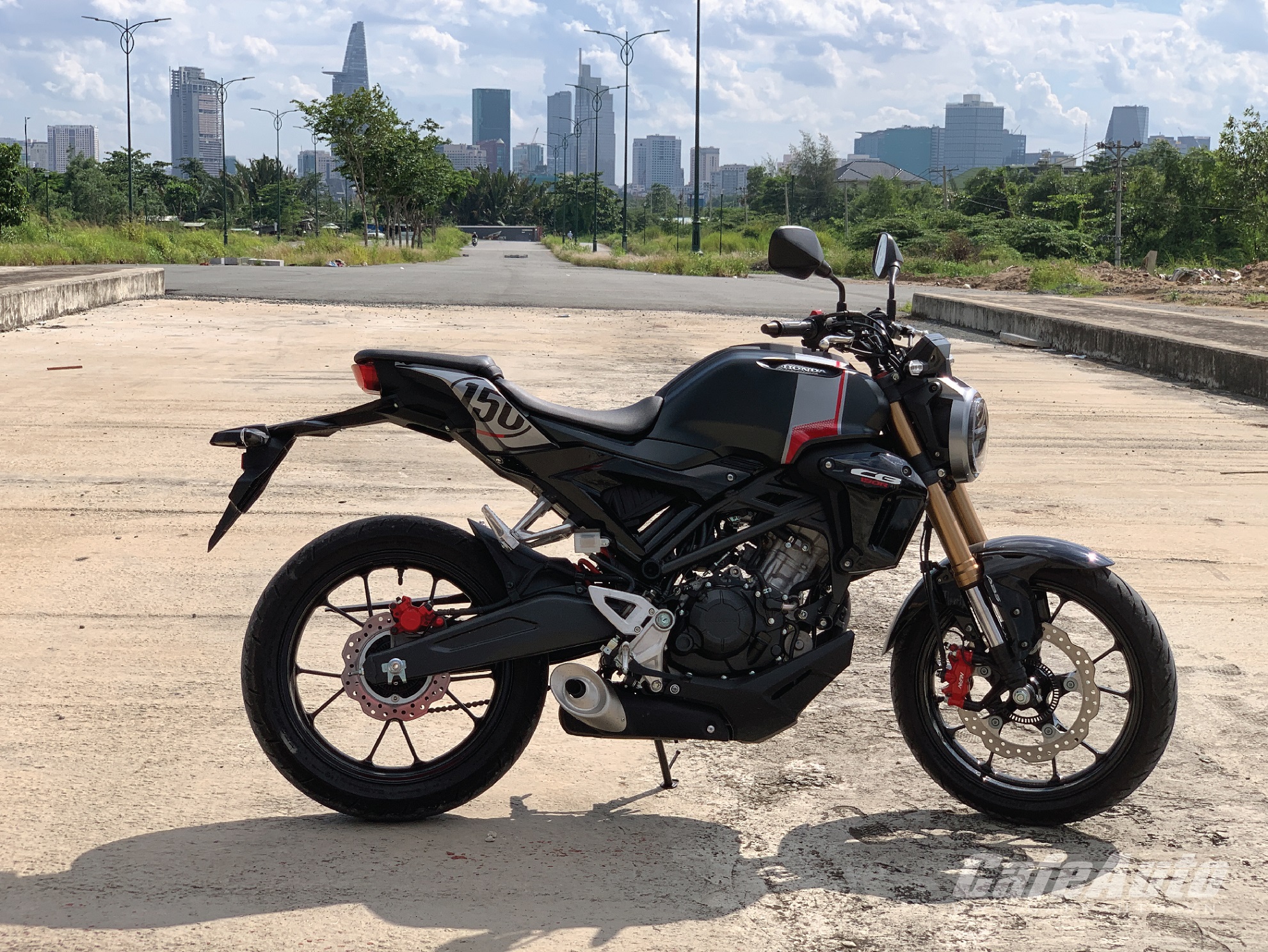 Going back to the handlebar section, where the driver looks at most can see the instrument cluster with TFT panels so that the ability to display parameters clearly. However, it will be a bit dazzling if walking in the sun. And the information displayed is quite complete with rpm, speed, number, gasoline, clock, in addition, users can customize a number of features such as Trip A, Trip B, average speed, quantity Current and average gasoline consumption is displayed on gasoline background and in white letters. 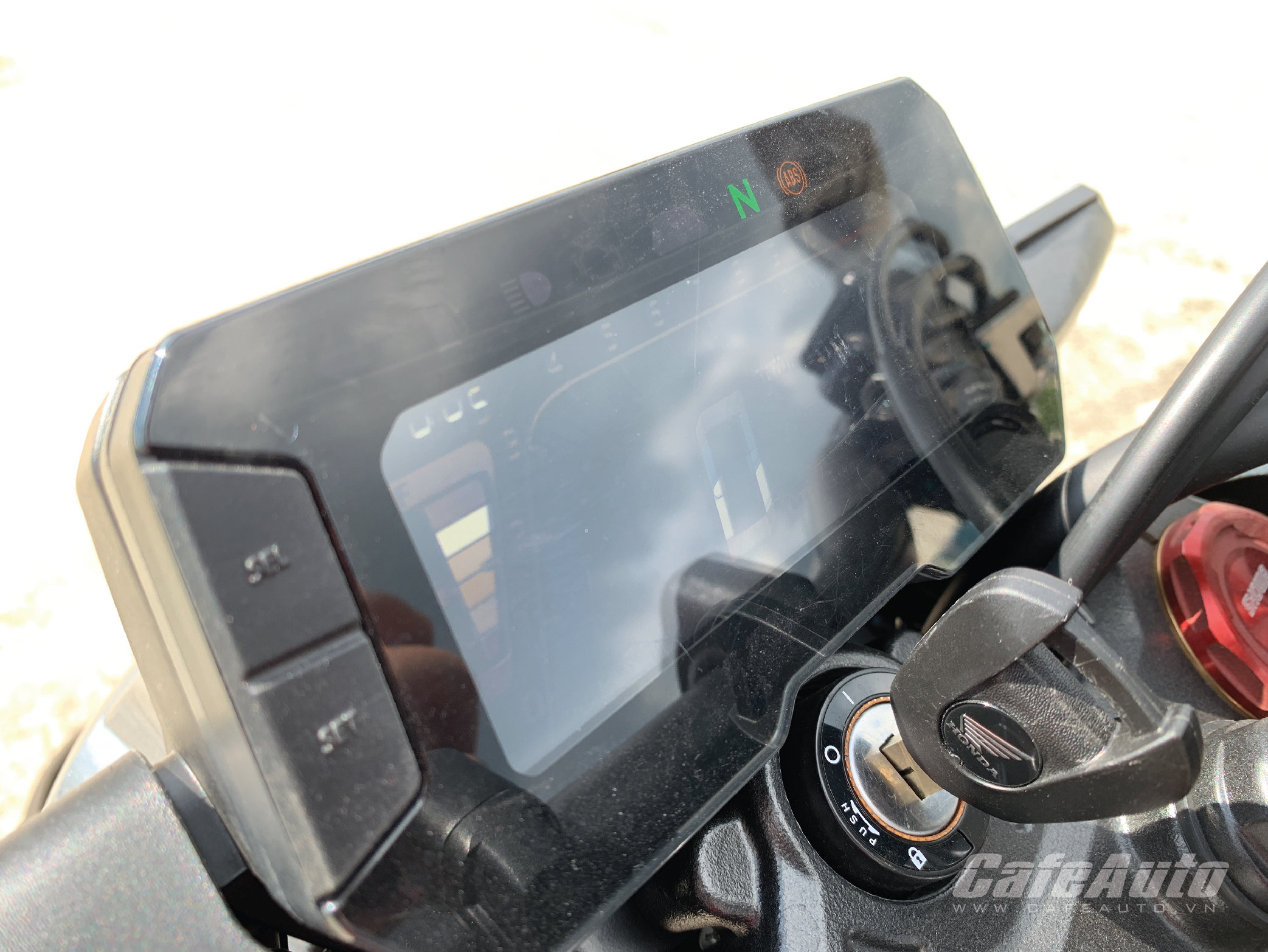 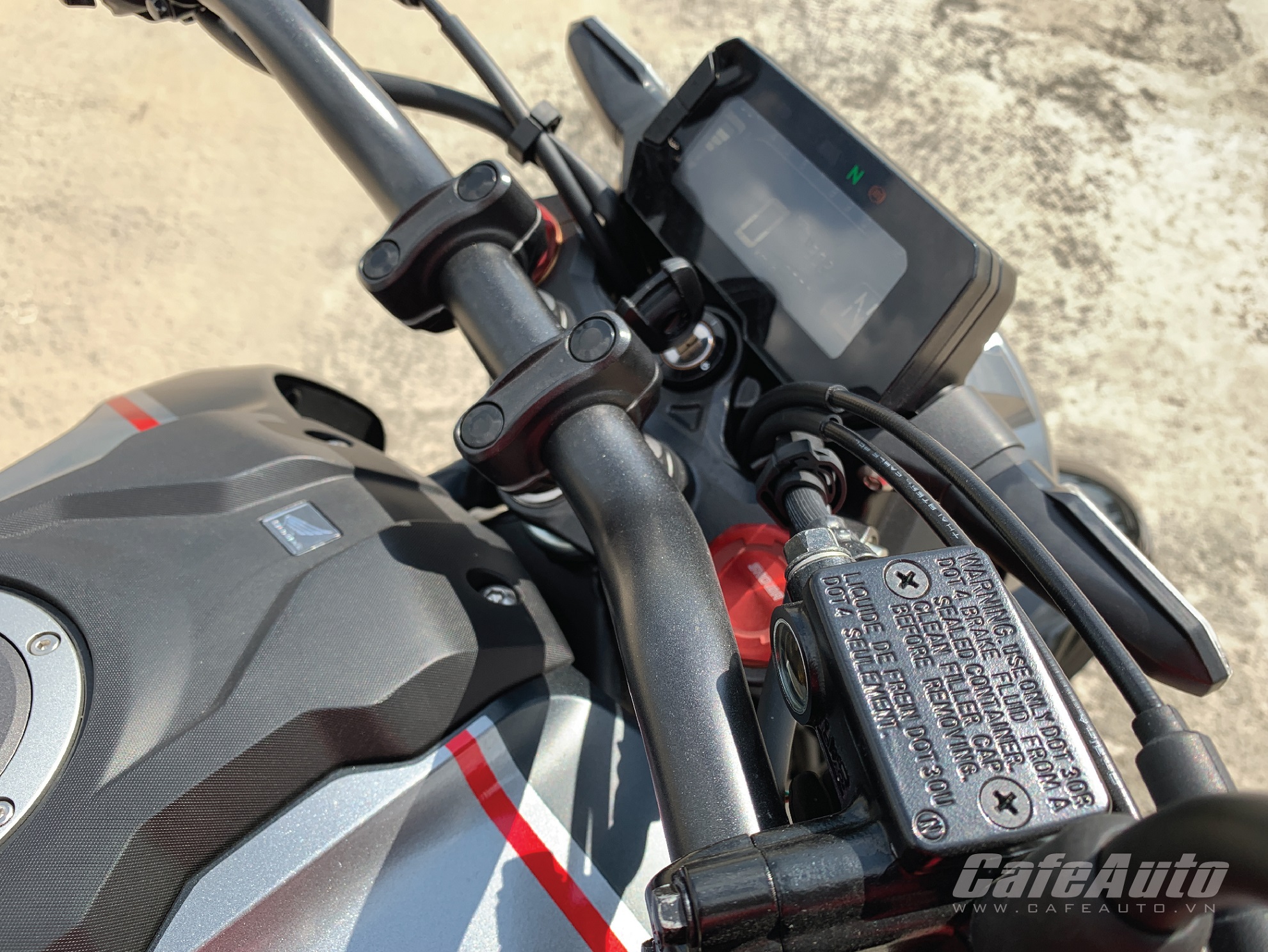 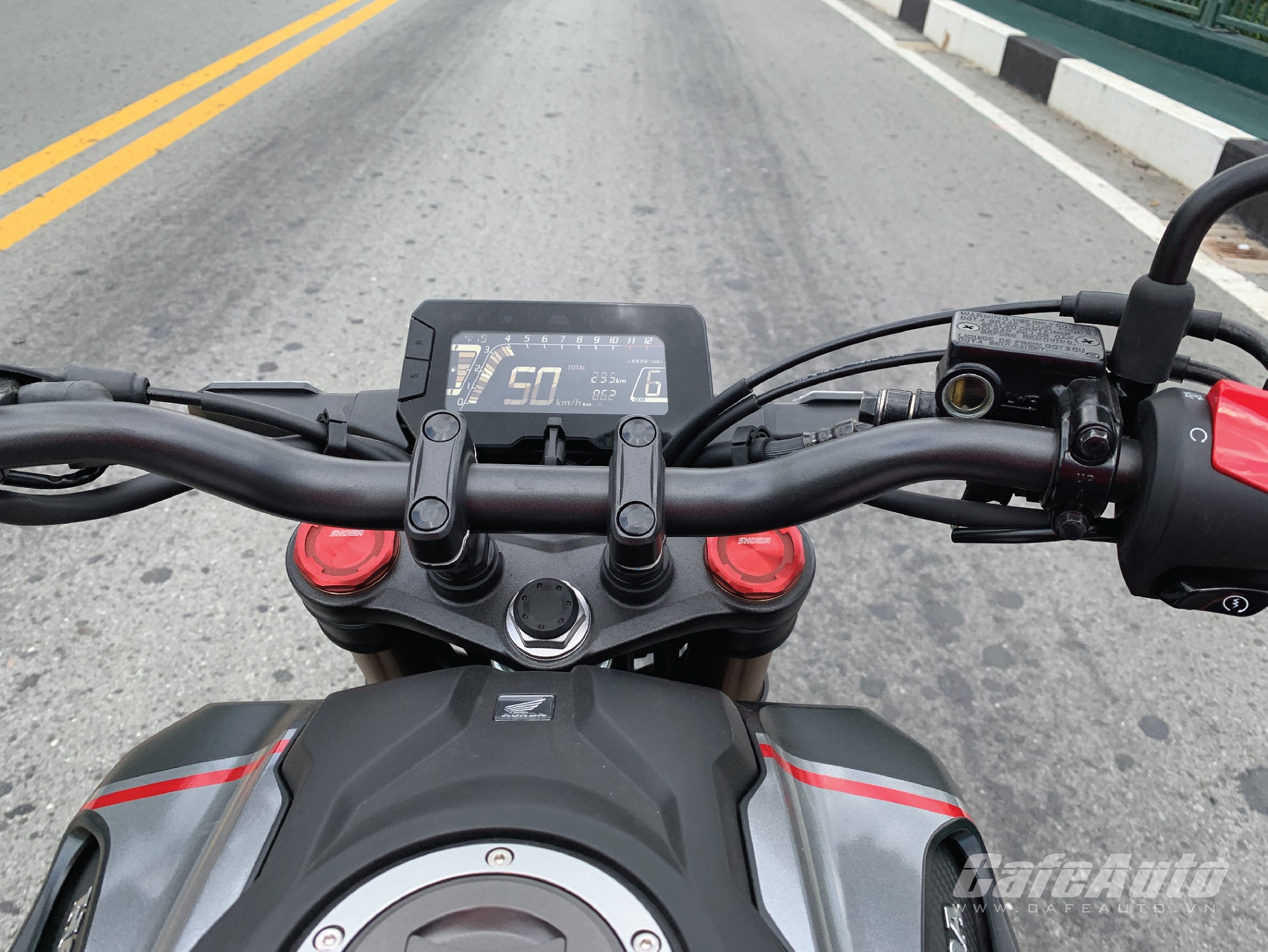 Next, the full two-sided steering wheel with basic buttons also adds a temporary engine toggle and passing button. Because the car is imported from Thailand, the cos lamp will automatically light every time we turn the key to ON. Down a bit is a fuel tank capacity of 8.5L, with two fake carbon niches create accents for the viewer with the unique “CB150R” stamp. Saddle type 2 floors, soft, feeling when sitting smoothly, due to the small displacement, nakebike shape and reasonable handlebar size should feel comfortable sitting, easy to move right in the small alley moderate . 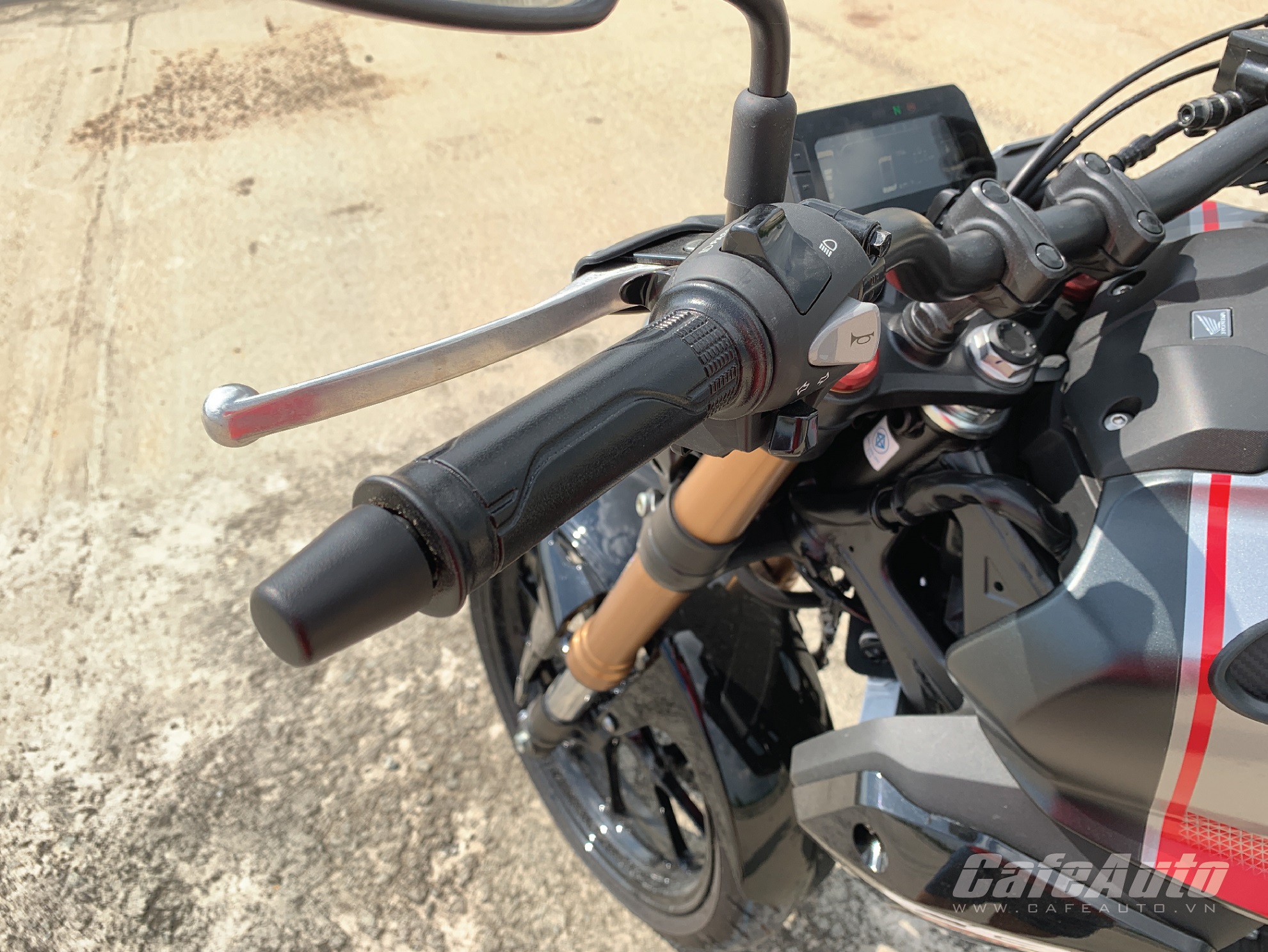 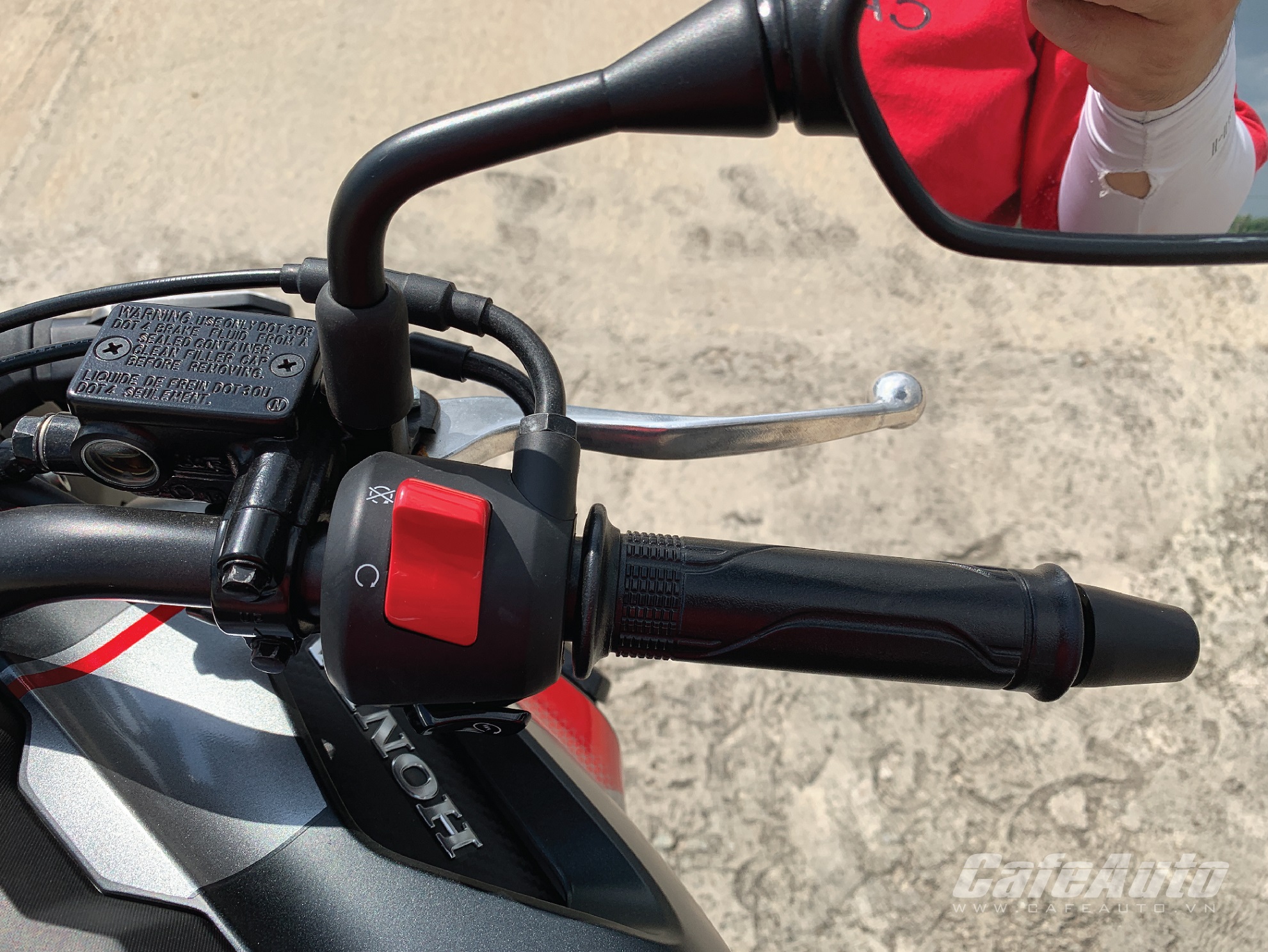 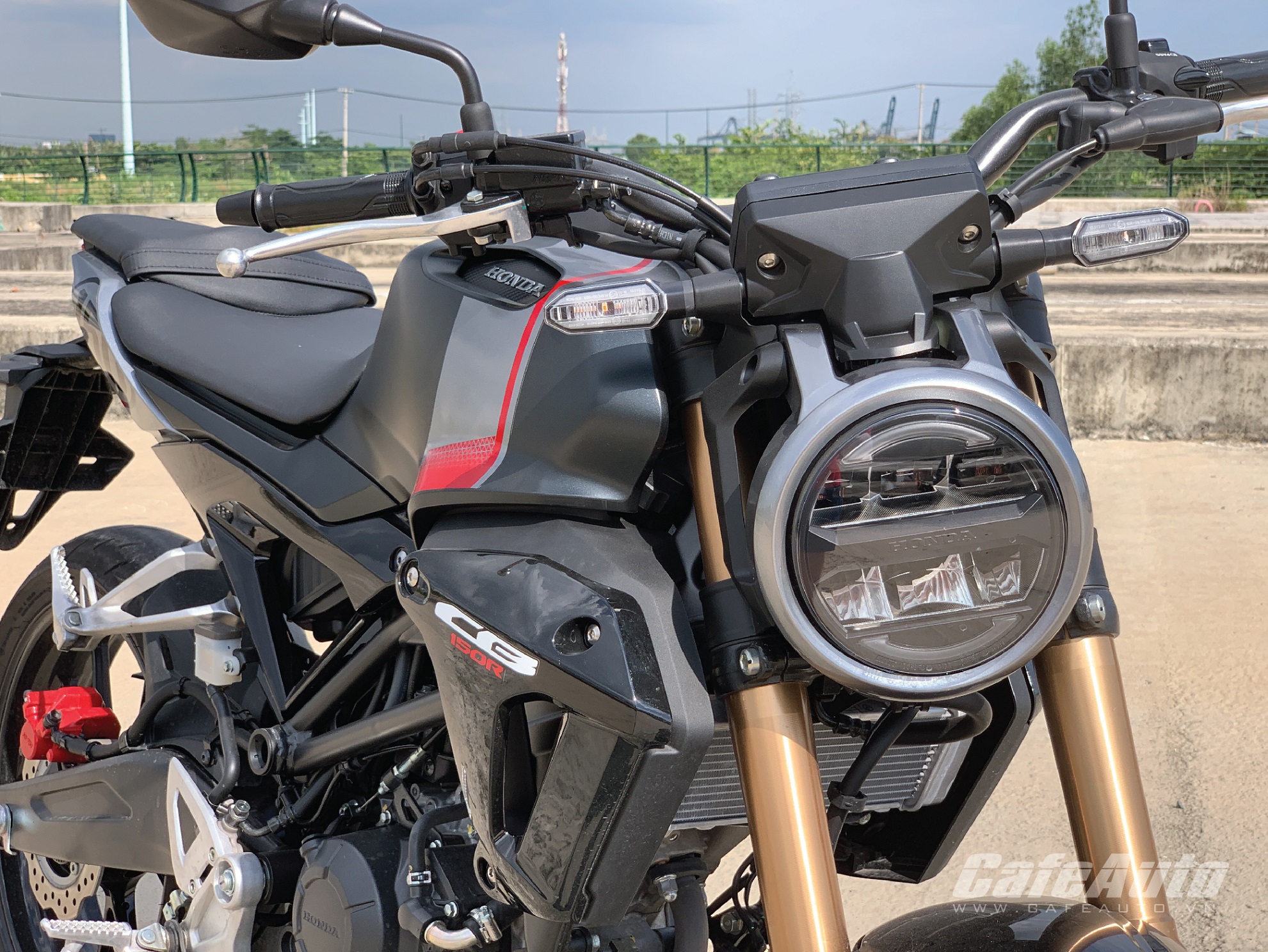 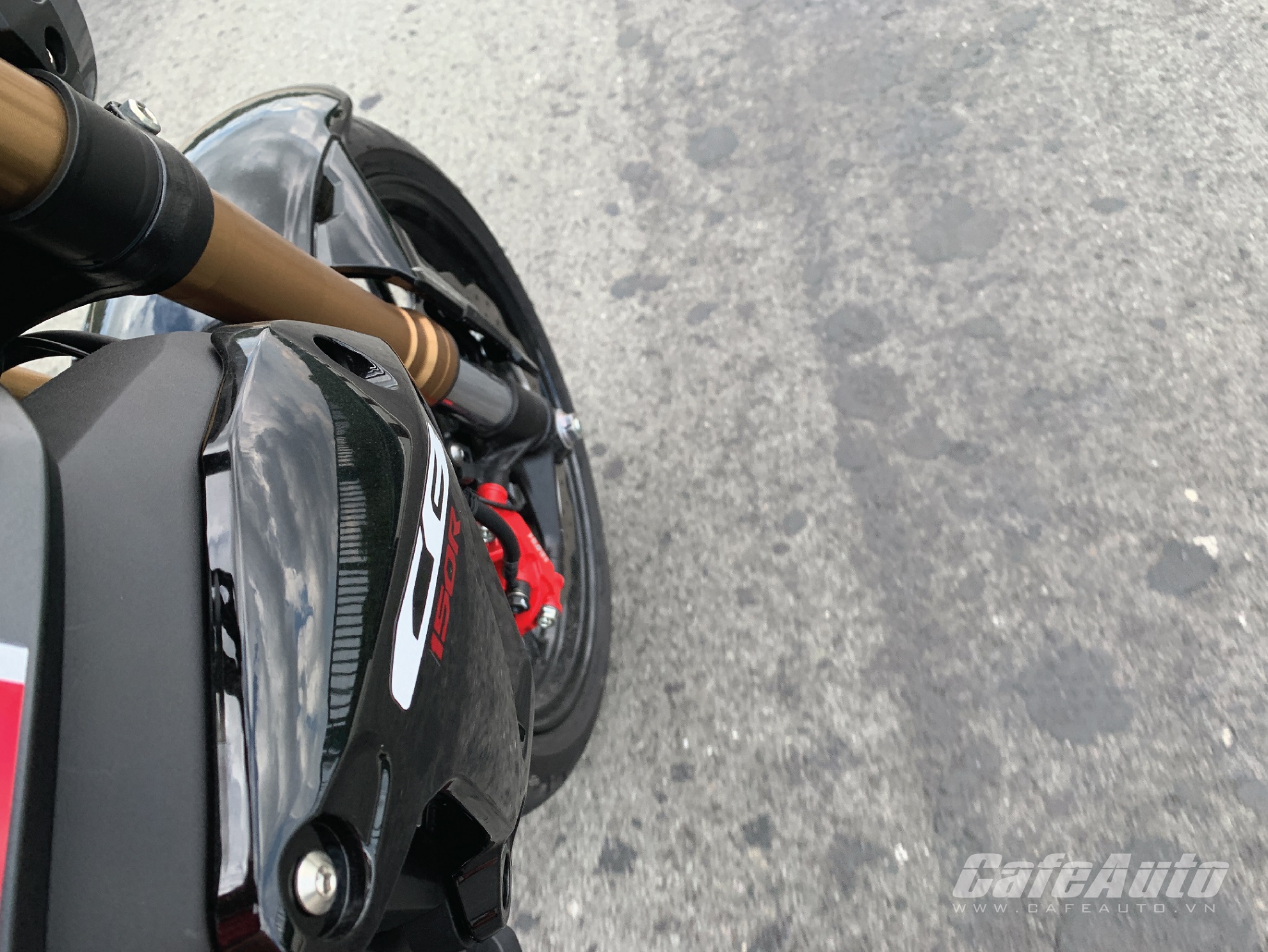 The bottom of the chassis is made of stamping steel, with minimalistic innovative lines, accompanied by a thick, continuous rear wheel kit, but the bottom is designed so that the rear view can be seen from the horizontal. The vehicle seems to be dead-end and short-lived. This can be overcome by replacing a high-performance polymer with Yoshimura or Two Brothers for example. 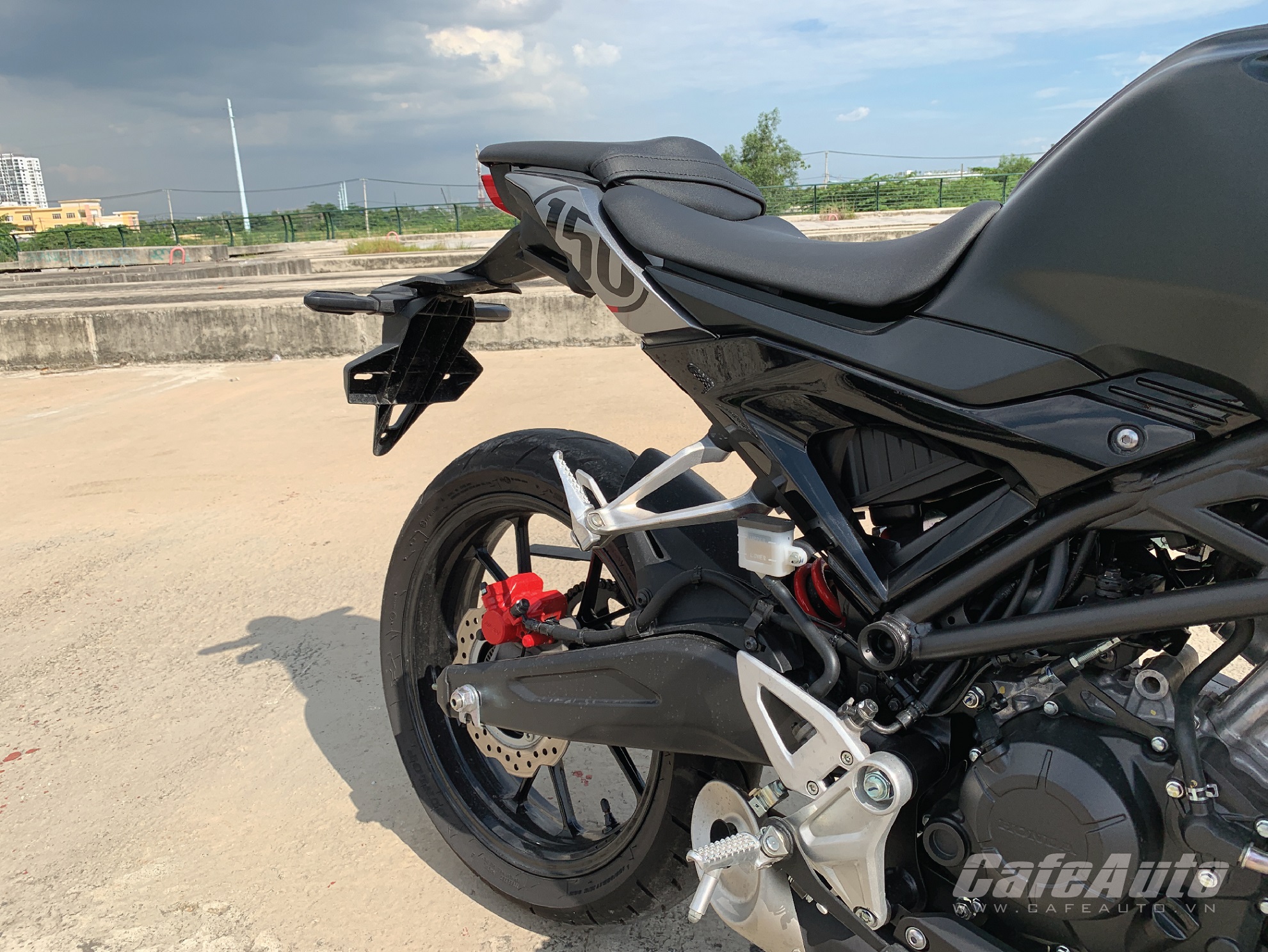 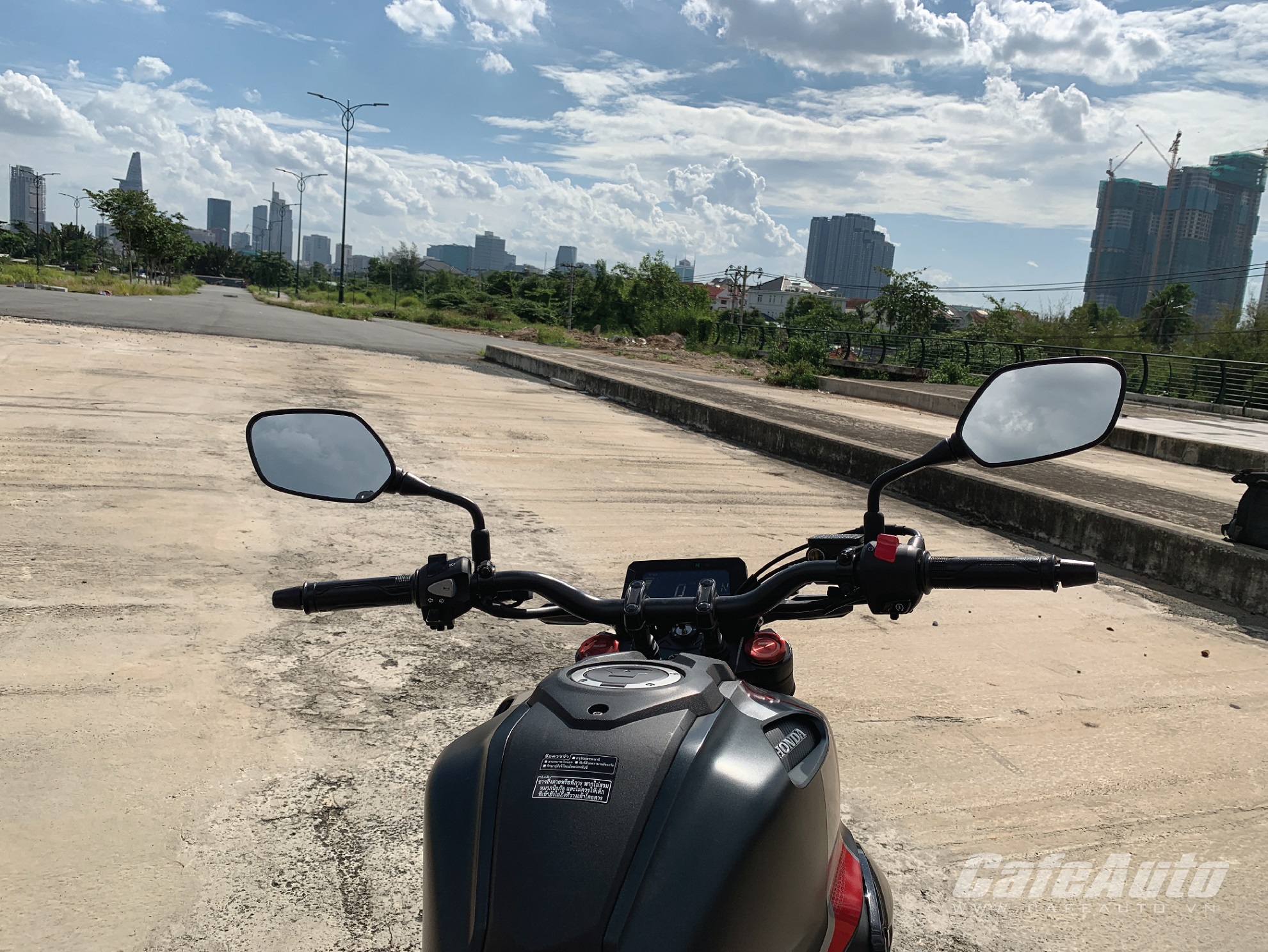 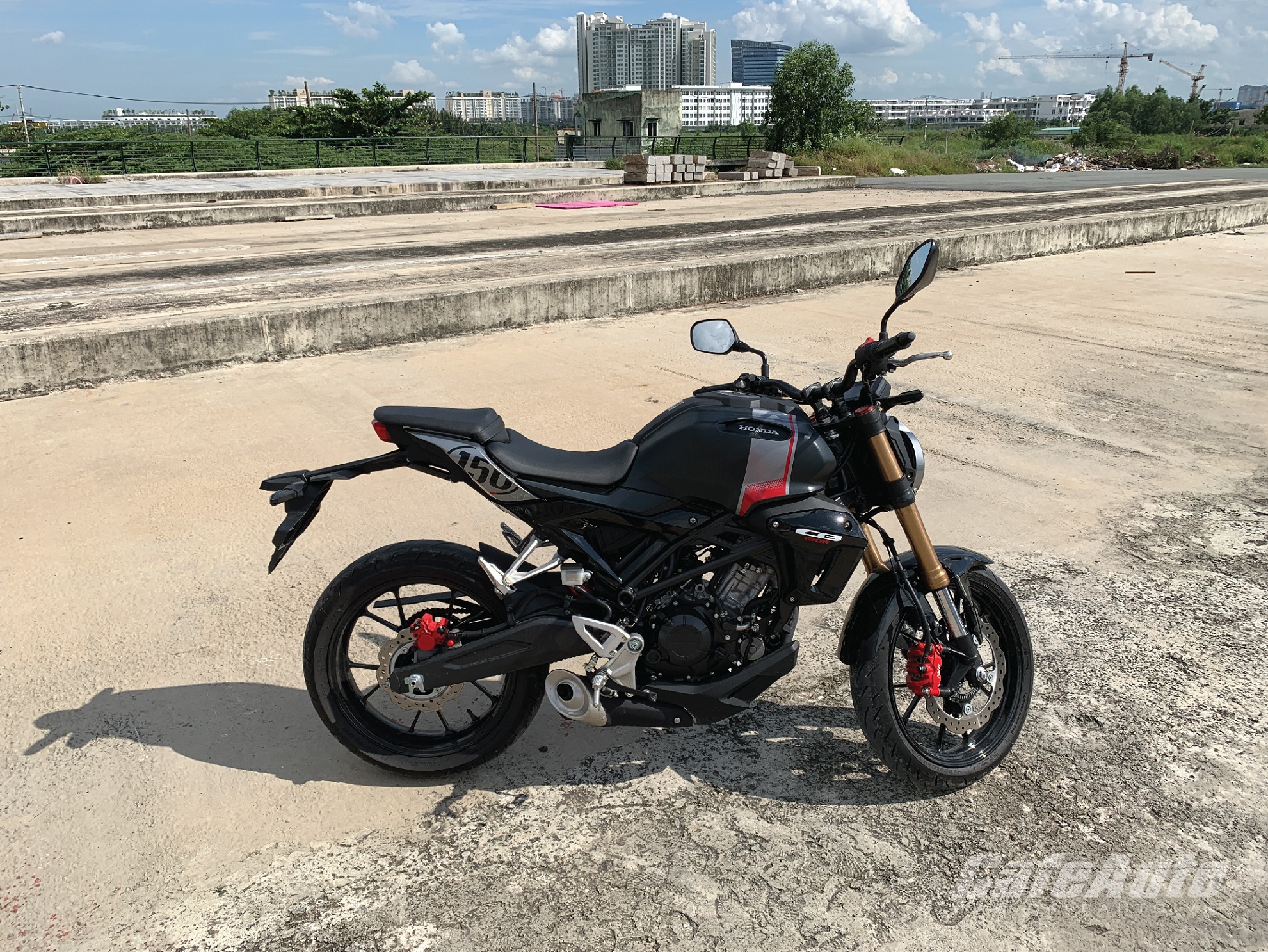 In general, the car can be called harmonious, delicate, not too aggressive or aggressive like other competitors in the segment. In particular, the Honda brand is also easily inspired by parents and older people, making it easier to persuade to buy a car.

The operation lacks a fad to satisfy

First of all, the engine of CB150R is not too different from the two 150cc models of Honda, CBR150 and Winner with DOHC form, water-cooled, Fi fuel injection … with a seat height of 795mm suitable for those who are taller. m7, if the bottom is a little difficult to stand against. 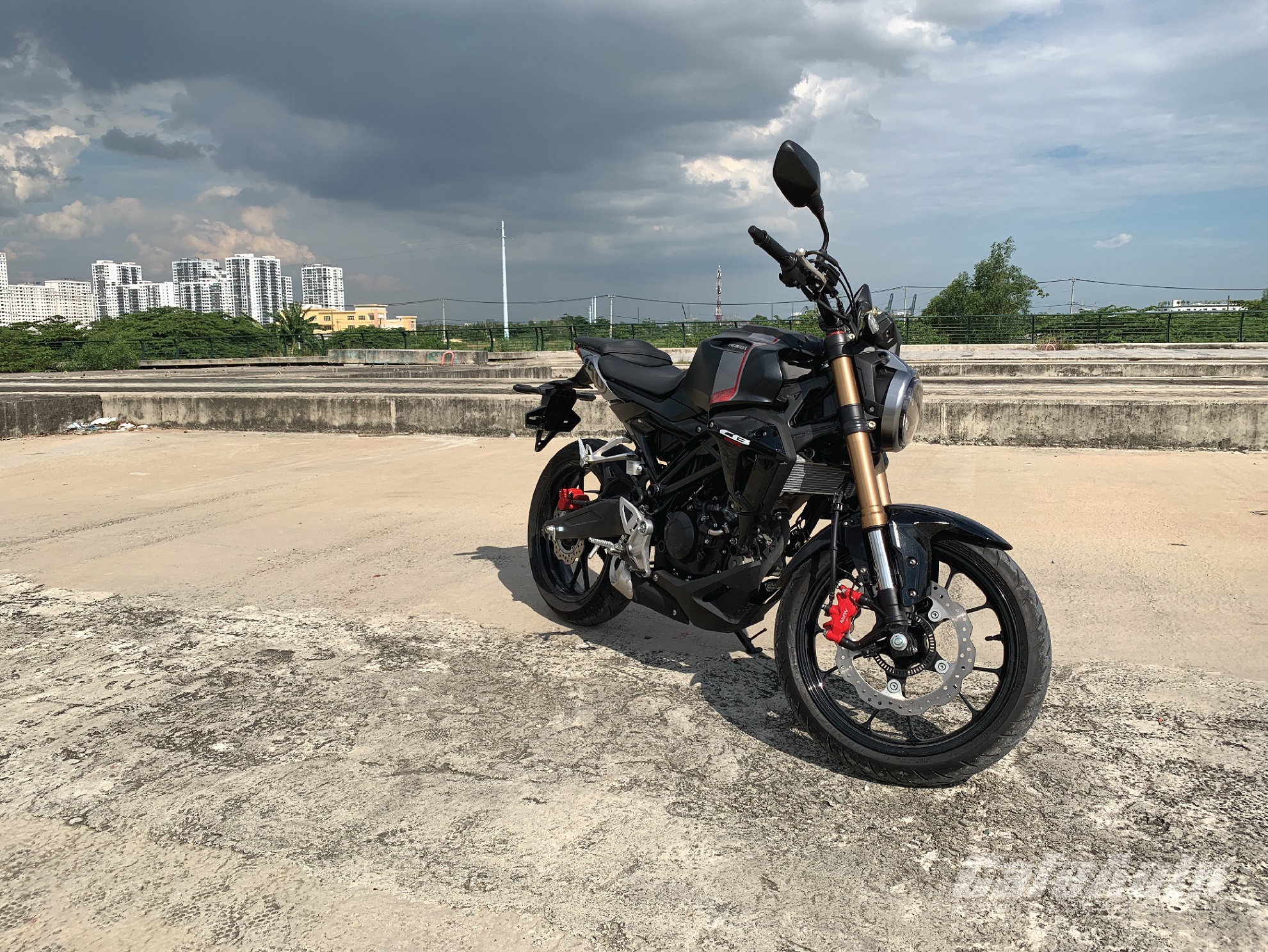 Although it looks big, the total weight of CB150R is only about 120-125kg so it is not too difficult to hold the reins. If you have enough experience, you can board the car in the first departures. But do not be foolish to try with common underbone models such as Exciter, Winner, Raider, Sonic, because the risk of smoke inhalation is very high from the first departure. But if you take the road to the tour, it is a different story, because the compact chassis, comfortable sitting shape, high visibility ensure you are more resilient in the journey about 2-300km. 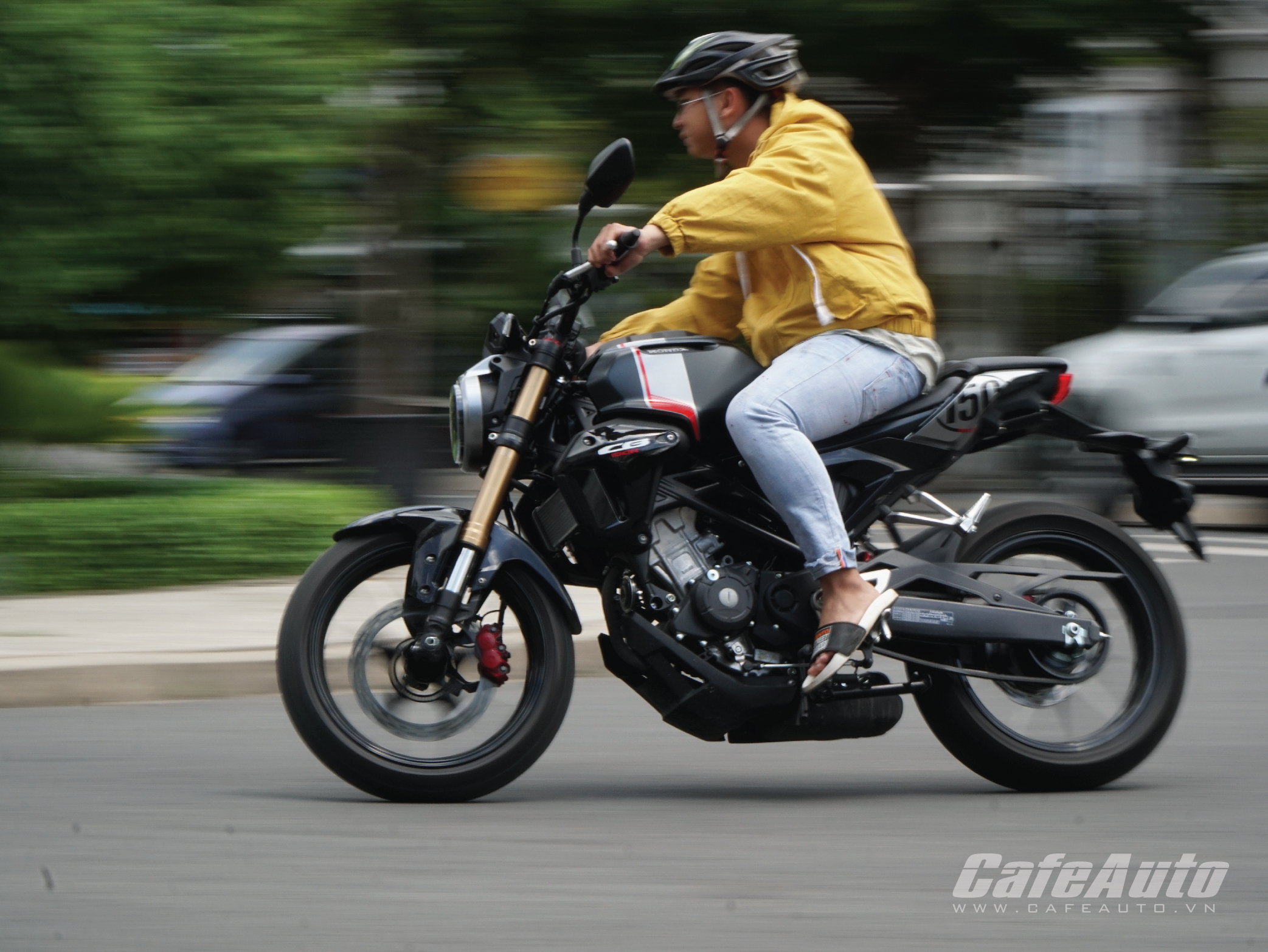 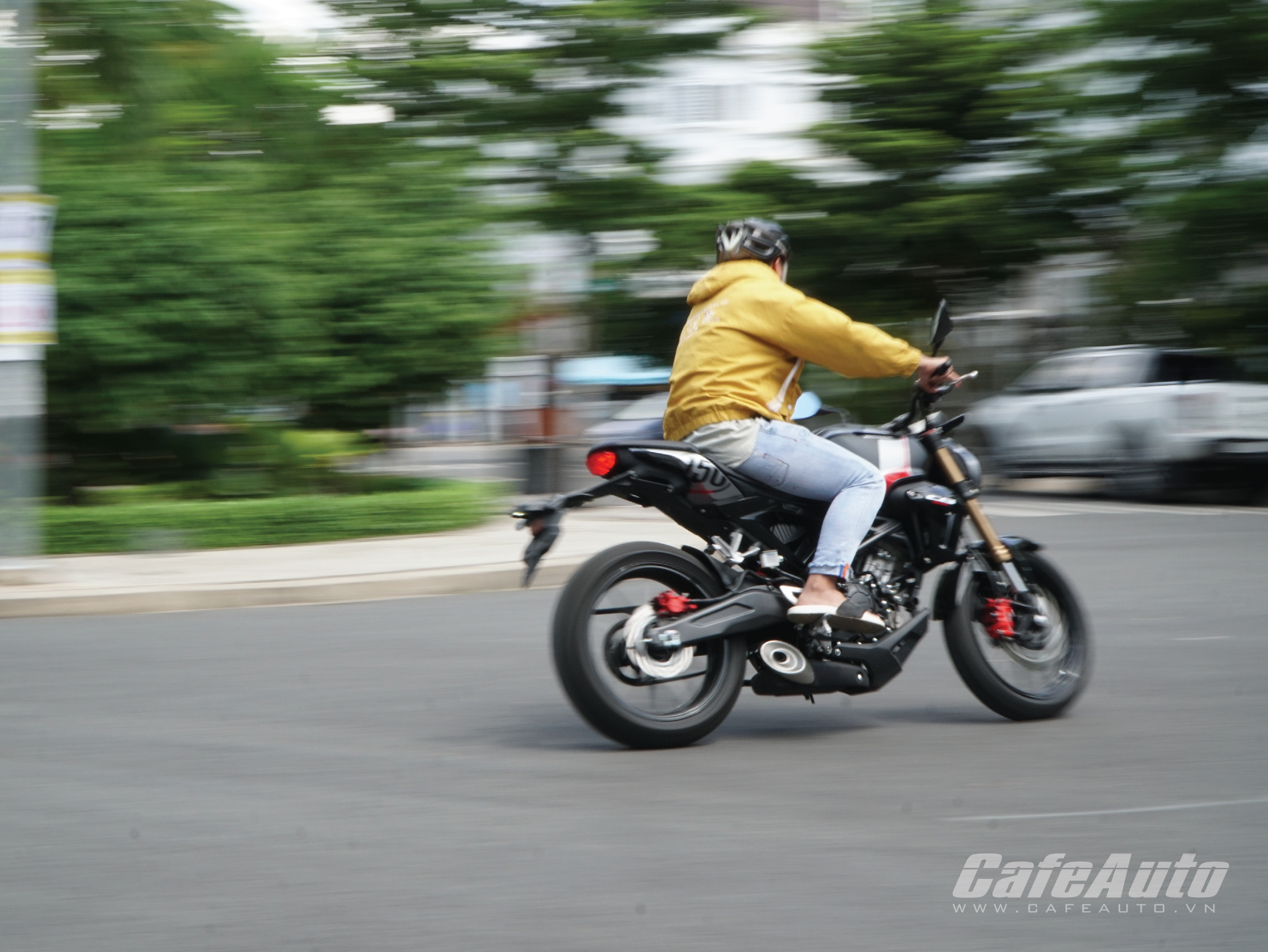 Actual use of the driver who tried to run to Vung Tau and return to Saigon is still very comfortable, a little uncomfortable when splashing a lot upwards to the driver, this is also understandable because of the specific design behind. of the sportbike or nakebike series are mainly ornamental, number plate is the key so the effect of the fenders is almost zero. Walking with CB150R is not too complicated, very light, flexible with the modern hybrid beauty. easily attract the love look of the girls on the road. 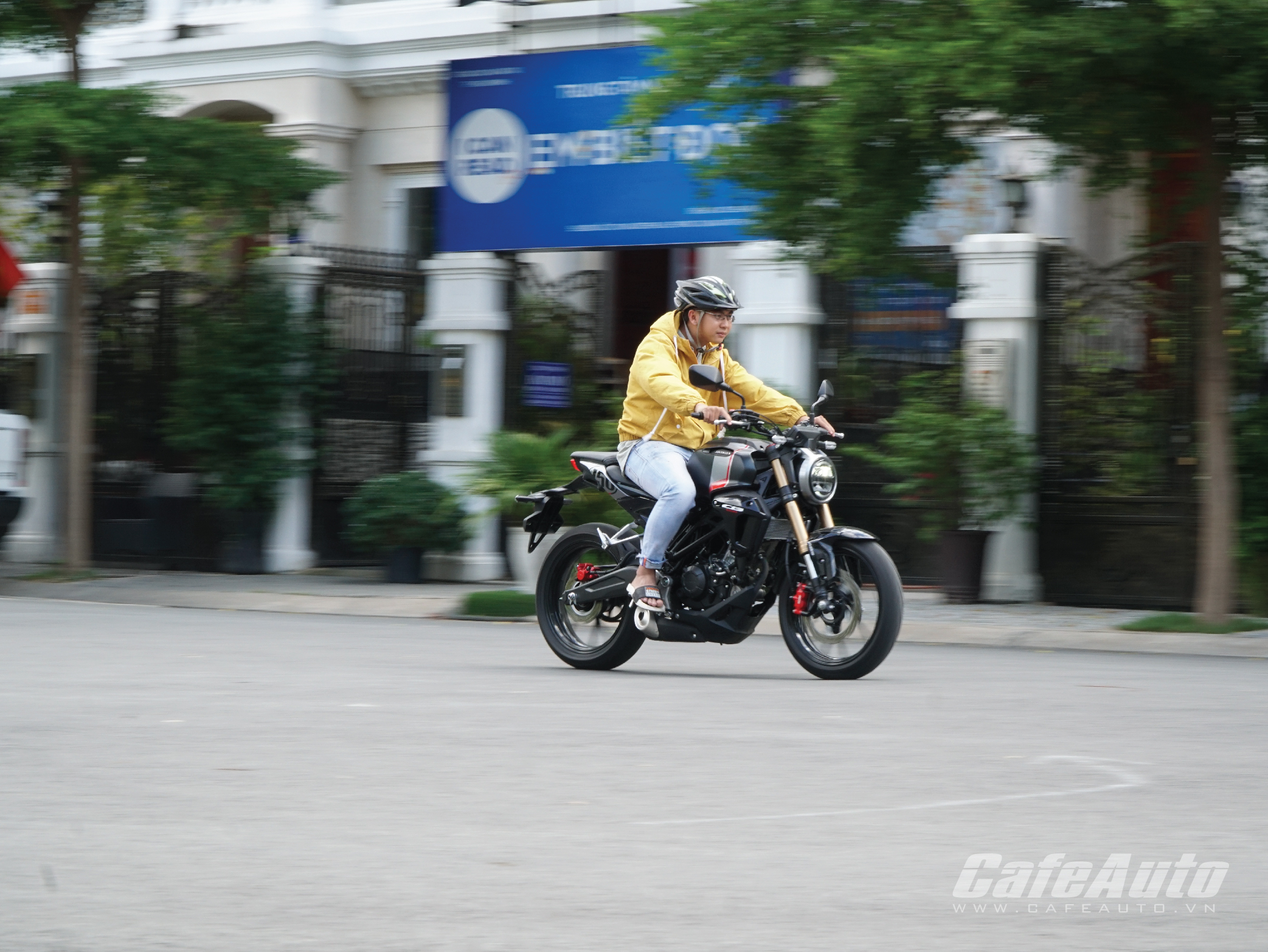 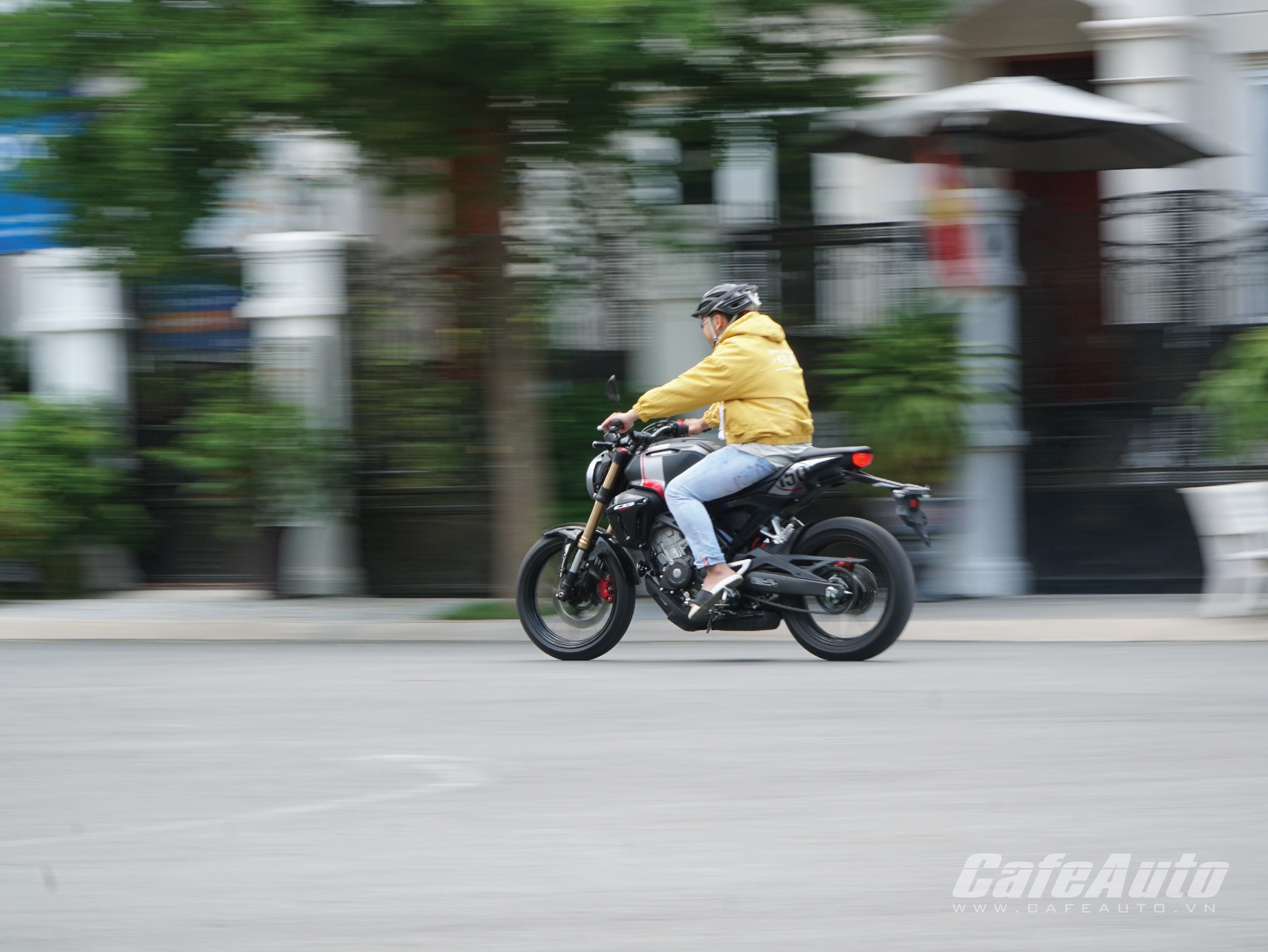 6-speed gearbox of the car allocates the transmission ratio quite reasonably, cleverly can go the speed of 3-40km / h to watch the city at level 6, and if you need acceleration, squeeze the clutch with 2-3 numbers as well. very quickly thanks to the clutch is not too heavy when squeezed. In addition, although the car is new, the shock absorber system is very smooth, the driver deliberately does not let go when passing through the speed humps but the forks before and after work very well, giving a sense of certainty. The reverse part is also thanks to 110 front and 150 rear tires for better grip and smoothness. 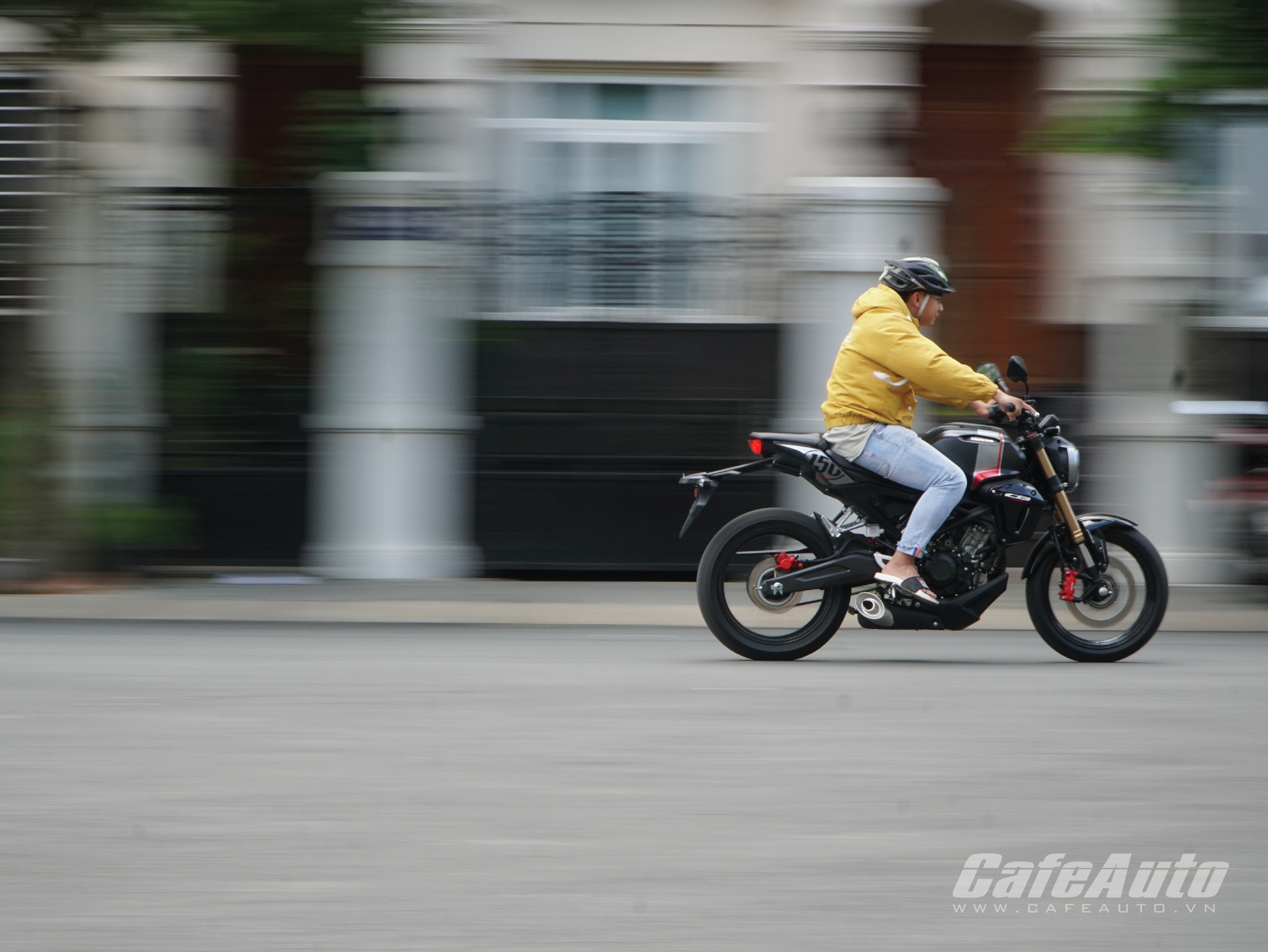 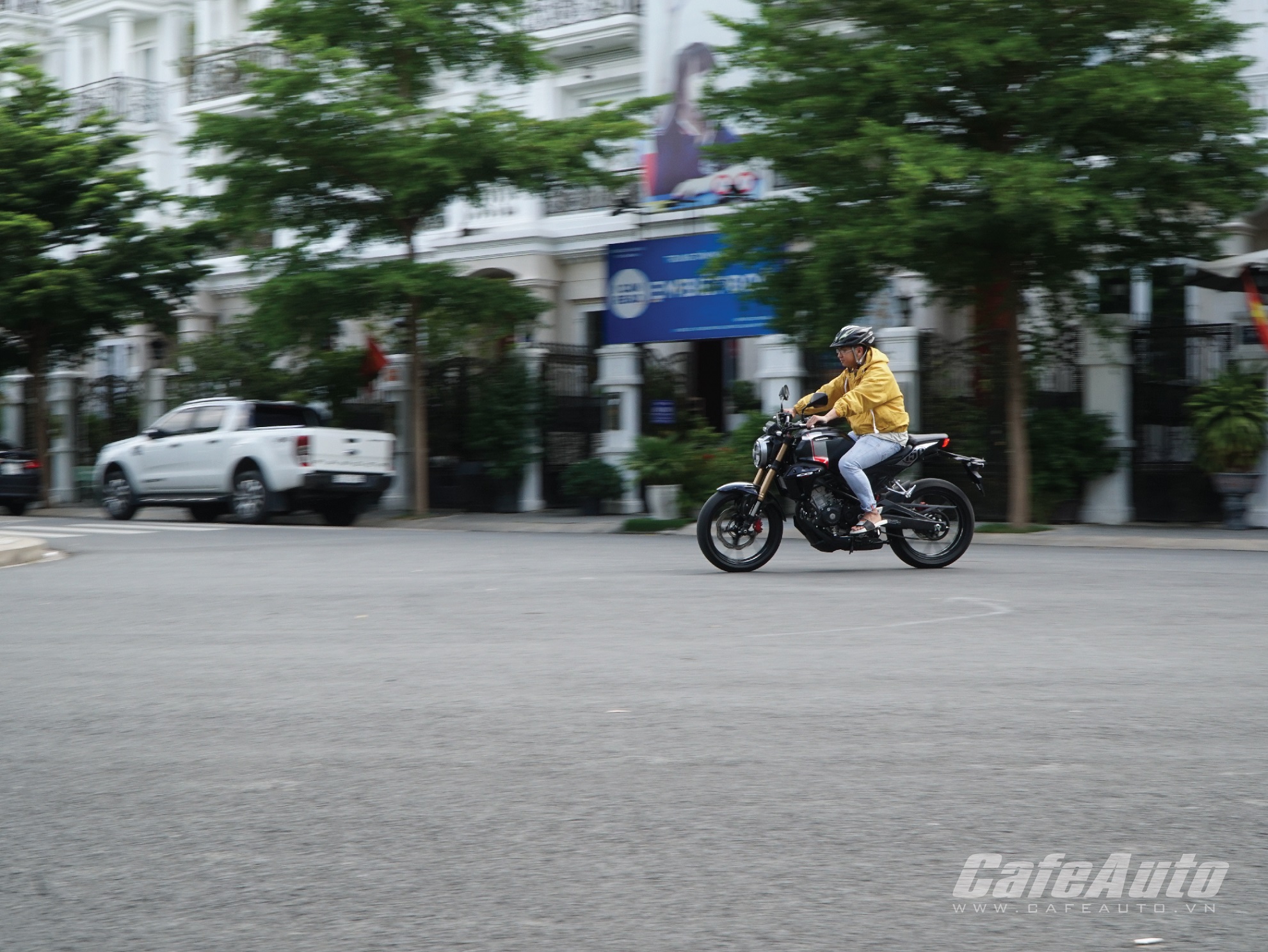 The undercarriage is designed very high, accompanied by engine protection cover, so when using it is not too worried about being curbed every time up and down the sidewalk. If compared to the same segment, the price of CB150R is quite high, a few tens of million differences, but it is no coincidence that the car has such a high price, all thanks to the 2-channel ABS brakes front and back to ensure the car. The vehicle does not skid when braking and braking at high speed. In addition to the Honda brand, the battery will make it easier for students who have just graduated from college to persuade parents to want a new model or an option for those who first approach the large segment thanks to the maintenance and easier maintenance, along with its extensive network of dealers, helps to feel more secure when there is a problem along the way.