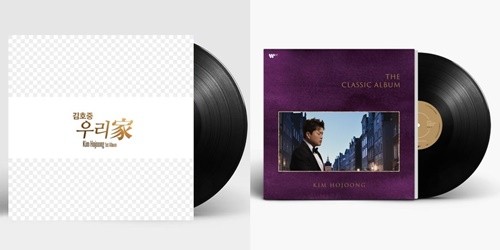 ‘Our Family’ consists of a total of 8 LP-size pictorials in a gate folder type specification, and ‘THE CLASSIC ALBUM’ contains the new song ‘YOU RAISE ME UP’, an LP exclusive track, and numbered. It further increased the collectible value.

On the other hand, Kim Ho-jung set an overwhelming Initial Chodong record of selling 410,000 copies on the first day of release with his first full-length album ‘Our Family’ last year, and the classic mini-album ‘THE CLASSIC ALBUM’ also selling 510,000 copies. Demonstrated brand power.