Val “Valfaris” is a 2D action adventure game with a heavy metal soul, taking the end of the distant universe as the stage. Aggressive battles, fierce enemies, and retro pixel art styles, create a heavy infernal scene of purgatory, and feature the metal blood music of the mining blood, to bring players the ultimate feast of vision and hearing.

The game tells that Valfaris is located in a corner of space and suddenly appears in the dying sun orbit after disappearing mysteriously from the Milky Way chart. Once a self-sufficient paradise, a magnificent castle, now it has become a place of infinite darkness. The fearless and proud Serion from Valfaris returned to his unrecognizable homeland, determined to find out the truth about the fate of the fortress, and face the mysterious evil that inhabited its center. 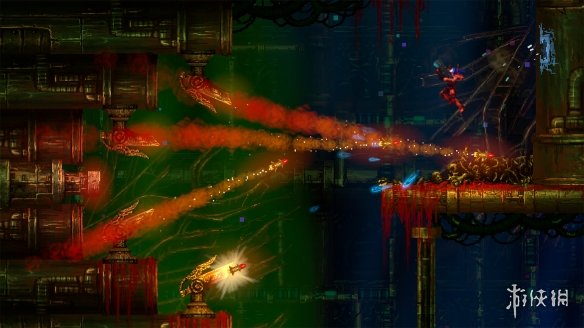 Val “Valfaris” landed on the Steam platform in October 2019 and is currently rated as “especially well received” by Steam. The PS4 / Switch version will launch on January 23, so stay tuned.