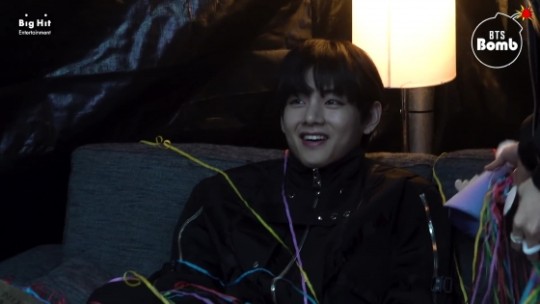 The way BTS’ V was happy with the members’ birthday celebrations impressed fans around the world.

On the 7th, the video of’Surprise Birthday Party for V’was released on BTS’ official YouTube channel’BANGTANTV’.

On December 30, last year, V’s birthday, BTS was preparing for a rehearsal for the New Year’s Countdown Concert that took place online. Jin and J-Hope, the eldest brothers, prepared an event to surprise V, such as putting candles on cakes while V and other members wait in the waiting room.

V, who didn’t know this fact, was astonished and happy as a child when his brothers came into the waiting room with cakes. Before blowing the candles on the cake, V closed his eyes and prayed with his hands neatly assembled.

Fans who watched the video wondered what kind of wish V would have wished, and they speculated that it would be a happy meeting with the fans after the health of the family and the pandemic ended.

When asked about his birthday wishes as a child in an interview, V said, “Dad, mother, and family health were the biggest wishes. Perhaps because I have been praying for 20 years, my parents are still in good health.”

Also, in a recent New Year’s interview, “I think I couldn’t properly show the stage I want to show so much during the pandemic. In 2021, I really want to meet ARMY and show the stage.” He also conveyed his love for fans and passion for the stage.

Jin, the eldest, took off luck saying, “Taehyung, please use your present as a useful gift,” and V expressed gratitude for giving him pocket money while being embarrassed. 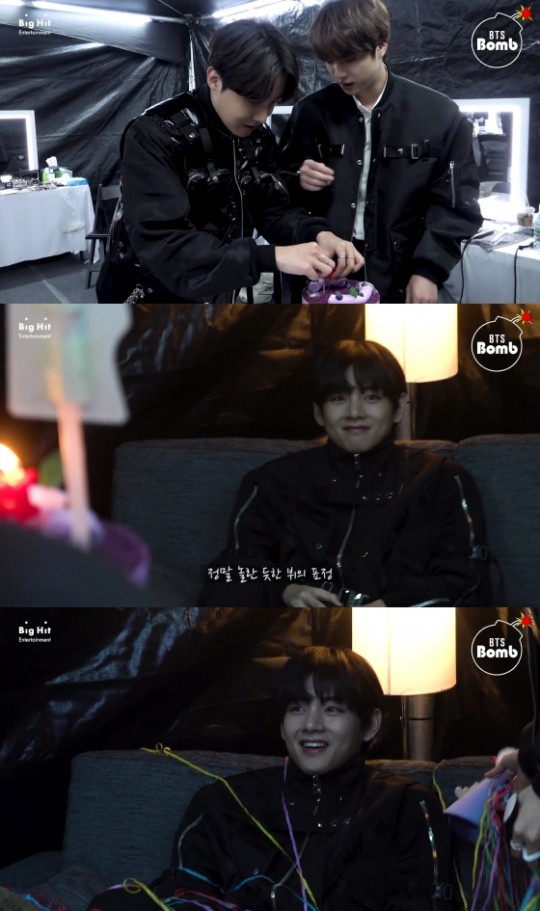 Earlier, on the birthday of Jin, V asked her best friend, actor Park Seo-joon, and other acquaintances to deliver a hearty video message and gave them a passion and happiness. In addition, the contents of a phone call with Jin, which V said, “Hyung is a precious being loved this way,” was released, and the fans were also happy.

Fans who watched the video said, “Taehyung is really unchanged. From childhood to now, it’s so love to hold your hands tightly and make a wish before blowing a candle on a cake. I hope that Taehyung, who wishes for happiness, is the happiest.”