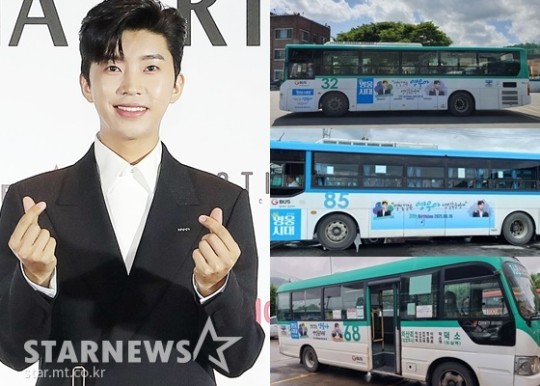 The advertisement phrase’Happy Birthday to Hero like Starlight’ also means Hero Lim shining like a star in the night sky, and it also has a meaning reminiscent of the new song’My Love Like a Starlight’ by Lim Hero, released on March 9th.

In the Hero Age Gyeonggi South, advertisements will be held from June 1 to 30 on a total of three buses, one each operating in Seongnam, Gwangju, and Icheon regions, one bus #51, #32, and #10. 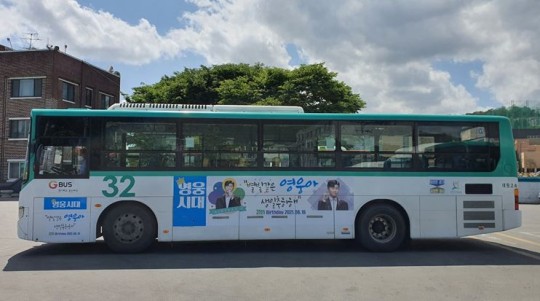 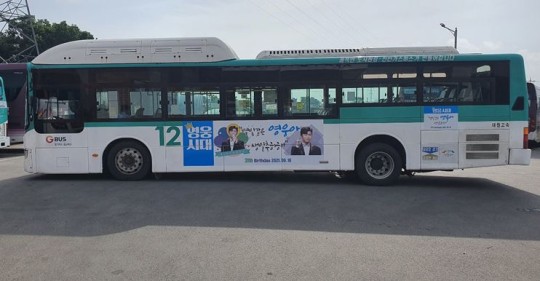 Hero Age Gyeonggi South
In the Heroic Era of Gyeonggi Province, advertisements will be posted on a total of three buses running Ilsan, Paju, and Gimpo: No. 150, No. 96, and No. 85 from June 1 to 30.

Hero Age Gyeonggi North
In the Hero Age, Gyeonggi-do, a total of five buses, including 165, 202, and 68, running in the Guri and Namyangju areas, have a birthday advertisement from June 1st to 30th.

Era of Heroes East of Gyeonggi

Era of Heroes East of Gyeonggi

Era of Heroes East of Gyeonggi
On the other hand,’Hero’s Age’, a reassuring reinforcement of Lim, congratulates him on his birthday and celebrates his birthday in Gangwon, South Gyeonggi, Suncheon, Jeonbuk, Gyeonggi, Chungbuk, Ansan, Seosan, Taean, Gwangyang, Incheon, Gyeonggi, Daegu, Gyeongbuk (Gumi), and Seoul. We are supporting advertisements for the Happy Birthday Bus in the back.

In addition to this, members of’Hero’s Era’ are in the process of supporting birthday celebrations such as advertisements on large shopping malls and major subway stations. ‘The Age of Heroes’ adds meaning through donations, volunteer activities, and donation of blood donations.