The news could not be happier with the gaming community. In the upcoming free game giveaway event, Epic Games Store will be extremely generous when “happy” for brothers and sisters of AAA Rage 2 blockbuster gamers. 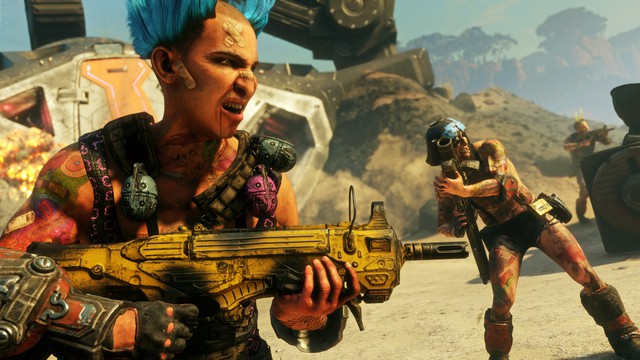 Released in 2019, Rage 2 is really a shooting game not to be missed for gamers who love this genre. After 7 years since the first-person shooter game Rage launched, in 2019, Bethesda suddenly released after Rage 2, making many fans feel surprised and excited. The new game has inherited its predecessor’s core values, its fast gameplay, action and somewhat crazy. After 7 years of development, this is really a blockbuster from Bethesda.

Still the familiar first-person perspective, gamers will play the role of Walker and freely explore the ruined world. Diverse arsenal is always an essential element of any shooting game. The player can continue to maximize their firepower by activating the Overdrive mode, which will also increase the game’s rewards. The Nanotrites feature from the previous version will also be present to increase combat effectiveness. The game also equips quite a few means for gamers to control in the game.

As expected, Rage 2 will be released for free from February 18 to February 25. You can visit here to receive the game forever.