Halcyon 6: Lightspeed Edition is an upgrade to the turn-based strategy game Halcyon 6: Starbase Commander overhauls many problems that hinder the experience. The game possesses a 16-bit graphic style with attractive yet challenging simulation and management gameplay, taking you as the commander of the Halcyon 6 space station in outer space. The player’s task is to turn this “empty garden” into the last line of defense against all alien forces. It is certainly not an easy job.

Experience Halcyon 6: Lightspeed Edition has a lot of things to do, brings a lot of inspiration from XCOM games and has a high replay value. The game experience is divided into two parts: turn-based combat and space station building with function rooms. Building is also the main experience of the game. Doing well in this stage contributes a great part to the hundred-match-winning aspect of turn-based combat. Players start by training crew members from a variety of character classes and assigning them a variety of demanding missions.

It can range from building space warships to monitoring operations inside bases. It is worth noting that the number of warships in the Halcyon 6: Lightspeed Edition experience is quite diverse. Each type also possesses its own weapon system and combat capabilities that are suitable for the different tactics of each player. Basically, the game experience requires you to use all kinds of “resources” including personnel strategically to avoid maximum loss. The problem is that if the spacecraft dies in battle, you lose the commander of that spaceship.

Thanks to the asexual reproduction technology, the lost personnel can be revived, but it consumes a lot of resources. This is the reason that all losses are no small losses to the player. This forces you to be careful in every action and have a clear strategy before the situation unfolds. Support for the crew is a system of skill trees that is quite rich, used to improve the amount of resources as well as improve the abilities of the characters. Character customization is an opportunity for you to experiment with different character builds, adding depth and replay value to the game.

Each character can set up up to three skill groups and change at any time when not in battle. In particular, players can create their own character with many customizable elements not only with names, but also faces, clothes and outfits. You can even write a biography for your crew as well. Although this factor does not affect the game experience, but also a small plus point in the ability to customize the character compared to many names on the market today. That is not to mention warships can also use skills in combat.

Actually, the gameplay ideas in Halcyon 6: Lightspeed Edition are not new, but their harmonious connection creates a very deep experience. For example, most of the skills in the game have beneficial or harmful effects for players to exploit and apply tactics. It makes the combination of different skills quite satisfying not only because of the visual effects but also the strategy. From a player perspective, the gameplay depth and rich customization can make new players make mistakes, but I don’t see that as a minus. 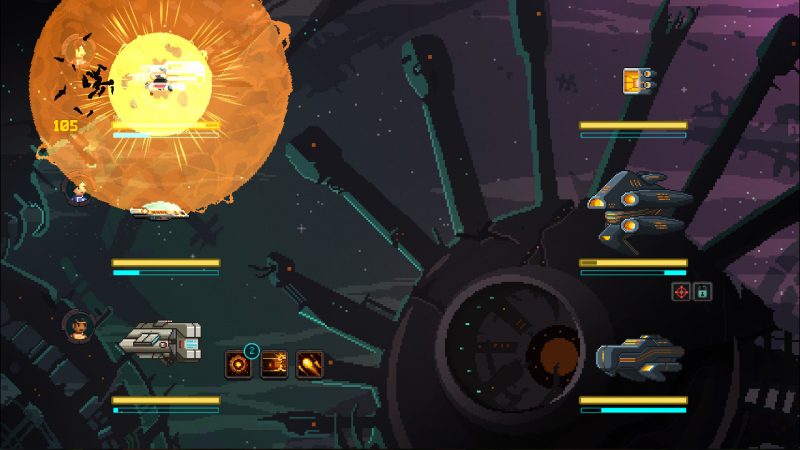 The audiovisual aspect of Halcyon 6: Lightspeed Edition is also quite well done. The 16-bit graphics style is built quite detailed, but the most impressive is the background scenes in battle that you encounter a lot during the experience. The developer also does not abuse the color but has careful calculation in the design, making it easy for players to distinguish and follow the whole development on the screen. Interestingly enough, battles with factions have a full range of motion from attacks to colorful explosions that are quite eye-catching.

Music is also not inferior and has a pretty good complement to the experience, not only in the combat aspect but also in discovery. In particular, while there are many titles that abuse or moderate music to the extent that it can accidentally ruin the experience, Halcyon 6: Lightspeed Edition has a very reasonable music timing balance and does not create a feeling of difficulty. bear the above. From music that sounds mysterious when accessing the space map to fast-paced melodies in battle, it always feels like it was created specifically for the game experience.

The biggest minus point of Halcyon 6: Lightspeed Edition is in terms of building bases only on the basic level. Many rooms have simple functions such as providing energy to the end, without any other purpose. In return, the building mechanics also indirectly lead to a fight or random event, giving you plenty of options in deciding how the situation plays out. The next minus point is that the game plot is quite exciting, but easy to miss due to the design characteristics. I tend to focus more on completing task requests rather than spend my time on storytelling. 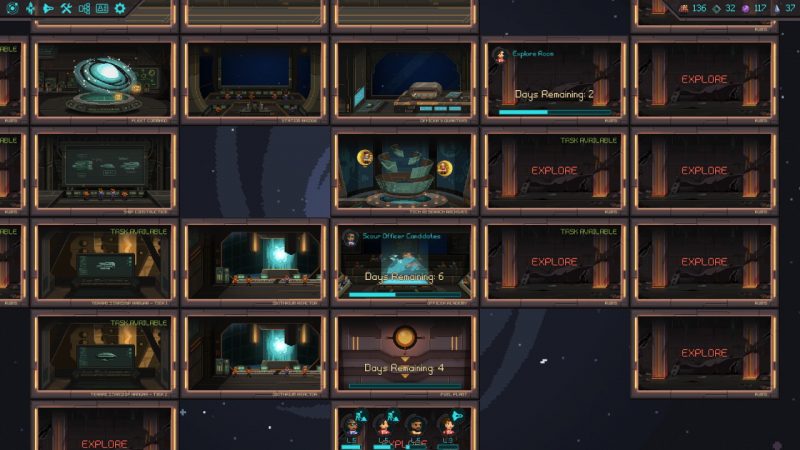 After the end, Halcyon 6: Lightspeed Edition offers a very engaging and challenging management simulation strategy experience with a high replay value. Unless you’re afraid of the 16-bit graphics, this is actually the most notable name compared to the original game Halcyon 6: Starbase Commander. Articles using the game supported by the publisher.