Over the past 7 weeks, white-hat hackers worldwide have made at least $ 32,150 through successfully fixing a series of security flaws appearing on popular crypto and blockchain platforms like TRON, Brave. , EOS and Coinbase.

According to Hard Fork statistics, a total of 15 companies operating in blockchain-related fields paid security researchers bonuses between April 28 and May 16, with a total of 30 bug reports released to the public.

Omise, the software company behind the OmiseGo crypto currency, is the business that has released the most bug fixes (6 fixes). In second place is blockchain market analysis company Augur with 3 bug fixes. Sharing a similar location is a familiar name Brave Software, developer of the famous security browser platform Brave, owns its own token.

This bounty is collectively known as HackerOne, and projects have worked to tailor their HackerOne rewards according to the severity of the detected security vulnerability. While the majority of Omise’s bug fixes are pretty straightforward, and they’re only awarded an average of $ 100 per report, the rewards that have been spent on other organizations over the past 7 weeks are tall. That number is very much because the loophole they discovered is more complex and dangerous. 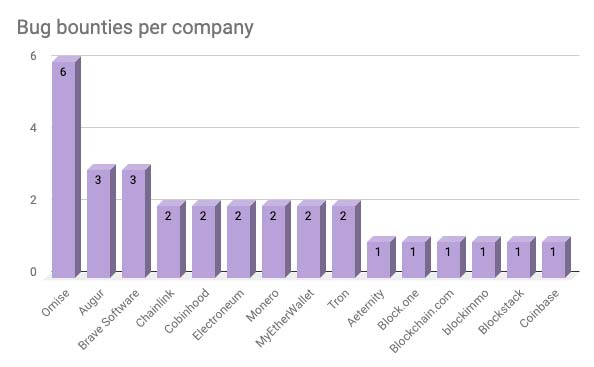 In particular, the case of Block.one, the company behind the EOS blockchain decided to reward a hacker with a record $ 10,000 amount for successfully discovering and repairing a security vulnerability. confidentiality is important on its foundation.

TRON also paid $ 3,100 to a security researcher with another noteworthy discovery involved in the handling of malicious smart contracts, which could have stalled their blockchain platform.

This year, the number of white-hat hackers involved in fixing security issues seems to be stable compared to previous years. While the field of vulnerability exploitation has received more attention from security researchers.

In related information, Binance, one of the largest crypto exchanges in the world, said anonymous attackers successfully stole 7,000 BTC from their own wallets last week. This amount of Bitcoin was equivalent to about $ 40 million at the time of the incident, but now it has increased to 55 million dollars. 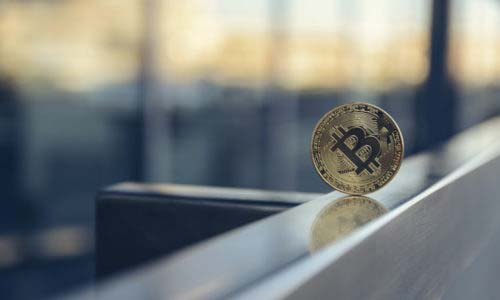 Coincidentally, Binance is also running its own bug bounty program with a maximum reward of up to $ 100,000 for the most critical vulnerabilities.

The warming of the crypto market over the past few months has been a magnet for the attention of global hackers. Similar bug bounty schemes should be implemented more frequently and vigorously to protect the overall security situation of the market.

McLaren pulled out of F1 Australia

Post Views: 59 “McLaren announces its withdrawal from the Grand Prix Australia this weekend,” the British racing team homepage announced tonight. “A McLaren member infected with nCoV. This person was tested and quarantined as soon as symptoms were detected. We anticipated this situation and would have the entire team quarantined. We will support the authorities.” […]

Real discontent because of the Barca schedule

Post Views: 48 Real leaders are not satisfied with the Organizing Committee that ranked Barca before four upcoming rounds in La Liga. “Oh, what a coincidence”, sheet AS (Spain) citing an unnamed Real official reacting to La Liga’s new schedule. According to the arrangement of the Liga Organizing Committee, in the period of competition, Barca […]

Post Views: 294 In a trio of products introduced by Toyota Vietnam on June 8, 2020, Toyota Hiace 2020 is getting more attention because this is a commercial vehicle that is also interested by many people because of direct competition with Ford Transit. Although still imported CBU from Thailand, the Toyota Hiace 2020 was brought […]