Synopsis A world where “magic” existed in the past.A high school girl, Mitsuzuki Kohinata, who lived her daily life but had a feeling of depression, became a battlefield, “Granbelm,” on a full moon night, where she could become the “Princeps” of a magician with magical power that should have disappeared from the world. Know the existence ofQuote-Wikipedia

Robot animation that does not require a robot

This work is a TV anime original work.
Directed by Masaharu Watanabe, produced by Nexus

Turn on the electricity

The story begins when the hero washes his lunch box.
It’s dark in time, it’s pitch black even though I’m in the house
It’s an unnatural darkness that makes you want to say “Turn on the light”.
It ’s dark throughout the work, but it ’s gloomy.
I feel it from the beginning of episode 1.

When I go to school to pick up my forgotten lunch box, a robot suddenly appears.
It’s so abrupt that there is no connection anymore.
Even the viewer is not sure what is going on
The girls on the robot start fighting with full stress and swearing.

I want you to explain the situation before fighting
Suddenly I’m thrown into a world view that I don’t understand.
The characters on the screen are fighting in a big battle,
I can’t keep up because I don’t know what’s going on.

When the hero becomes a pinch, he summons a robot from nowhere and fights.
The operation method seems to be an “image”, and you will be able to call and move the image many times.
The acting of all the characters is excessive. Always screaming and always angry.
It would be nice to explode emotions at this moment, but it is always exploding,
All the characters are so frustrated that I want to be a little calm.

The tension on the part of the viewer cannot keep up with the excitement of the characters’ emotions.

Descendants of the sorcerer 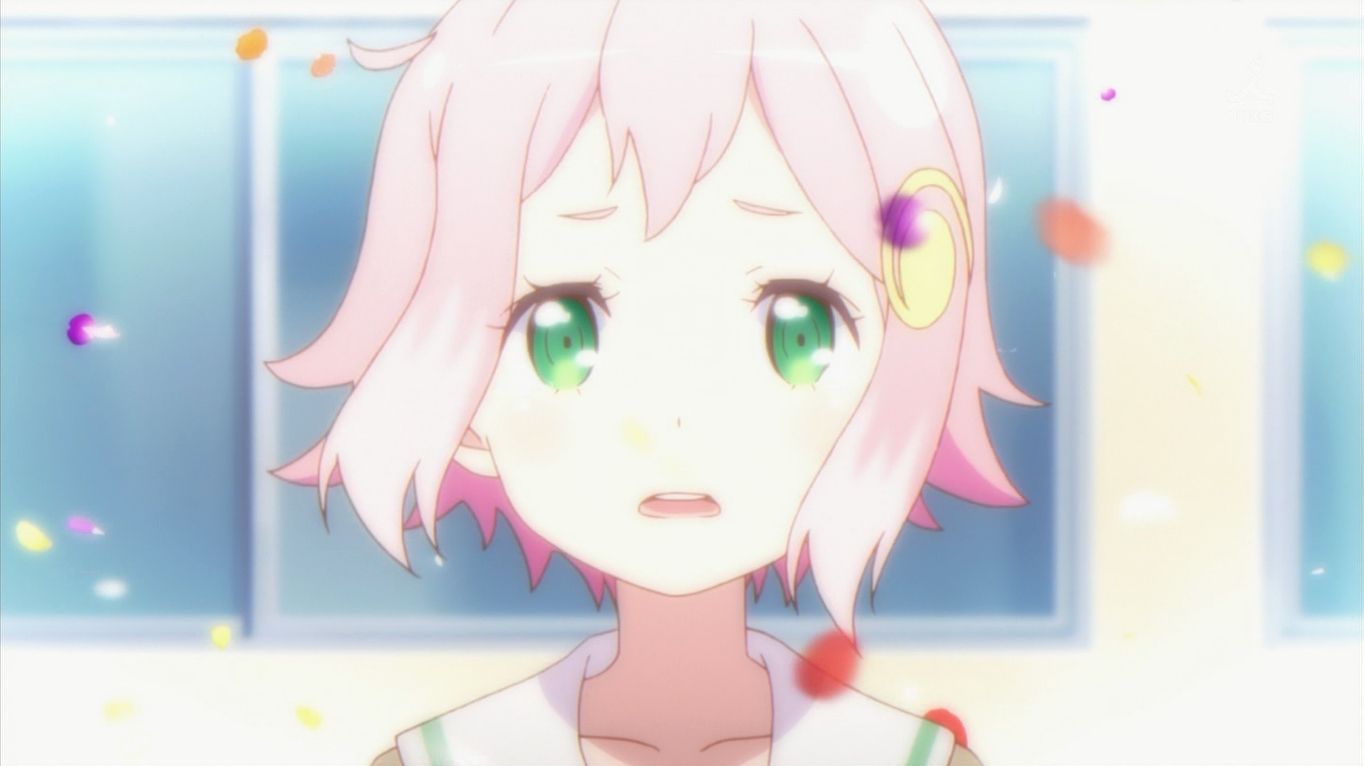 This world used to have magic, but the magical power is sealed.
Under such circumstances, once every few decades, “Granbelm” started over the sealed magical power, and
They hope to be magicians. It’s a so-called battle royale.
Fight until you are the last one, and the last one becomes a magician.
The hero who is not aware that he is a descendant of a magician is involved in such a battle.

Originally, it’s a good story if you don’t participate.
However, she participates for her “need for approval” and “self-establishment.”
I don’t know the reason, but I participated in the ones that only selected ones can participate in,
If you win, you can become the only one in the world.
She participates in such “Granbelm” for her identity.

It’s a pretty rare hero. The reason is a little weak.
Even though she has such a weak reason, she is worried about her future because she is weak.
What can the hero who thinks he can’t be anything?
How will the hero, who has a weak motive, change while there are those who have strong wishes? 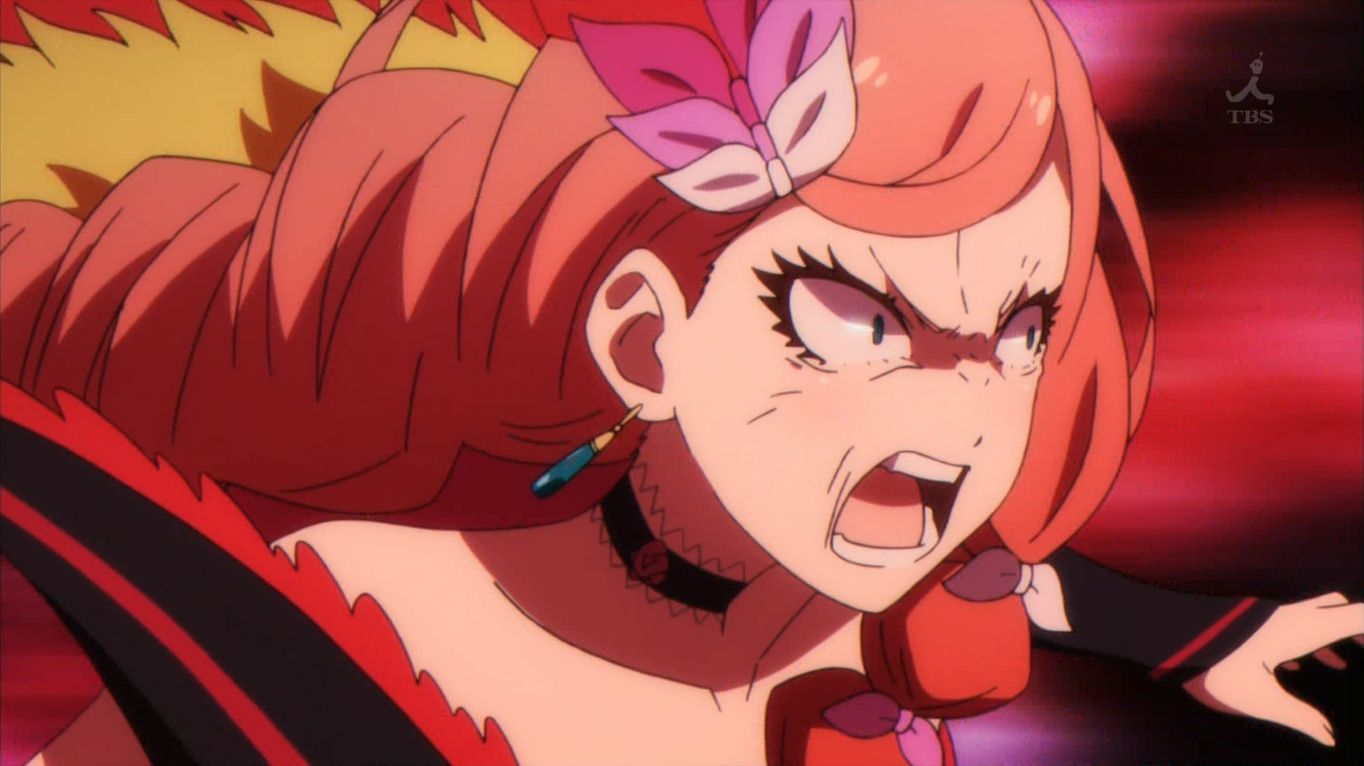 The characters participating in “Granbelm”
I have each wish and thought. There are also troubles between the characters,
At Granbelm, which is held on the 1st of the month and the day of the full moon, we will hit each other with such troubles.

To be clear, the battle scene is boring.
A misunderstanding type that relies on effects from episode 1 and thinks that it should be moved quickly
It’s a battle scene, and you can throw it where you don’t need it.
I know I’m trying to make it a slow-moving battle scene, but it just breaks the tempo.
The production is weak even though it is cheated by the production.

What I want to do in this work is the story of girls, not robot anime.
Commitment to movement as a robot animation and a showcase of battle scenes,
I don’t feel that part.
Robots are nothing more than props for telling stories of girls, with results.

There are people who participate in Granbelm on the way, and it is OK to cooperate with anyone
It’s confusing because various characters are fighting in various places.
The battle is not drawn in 1VS1, but there are many turbulent battles.

In this case, wouldn’t it be better to have a magical girl battle instead of a robot battle?
There is also a part that I think, the element of robot animation and the battle royale of the magical girl
The elements are not well intertwined. 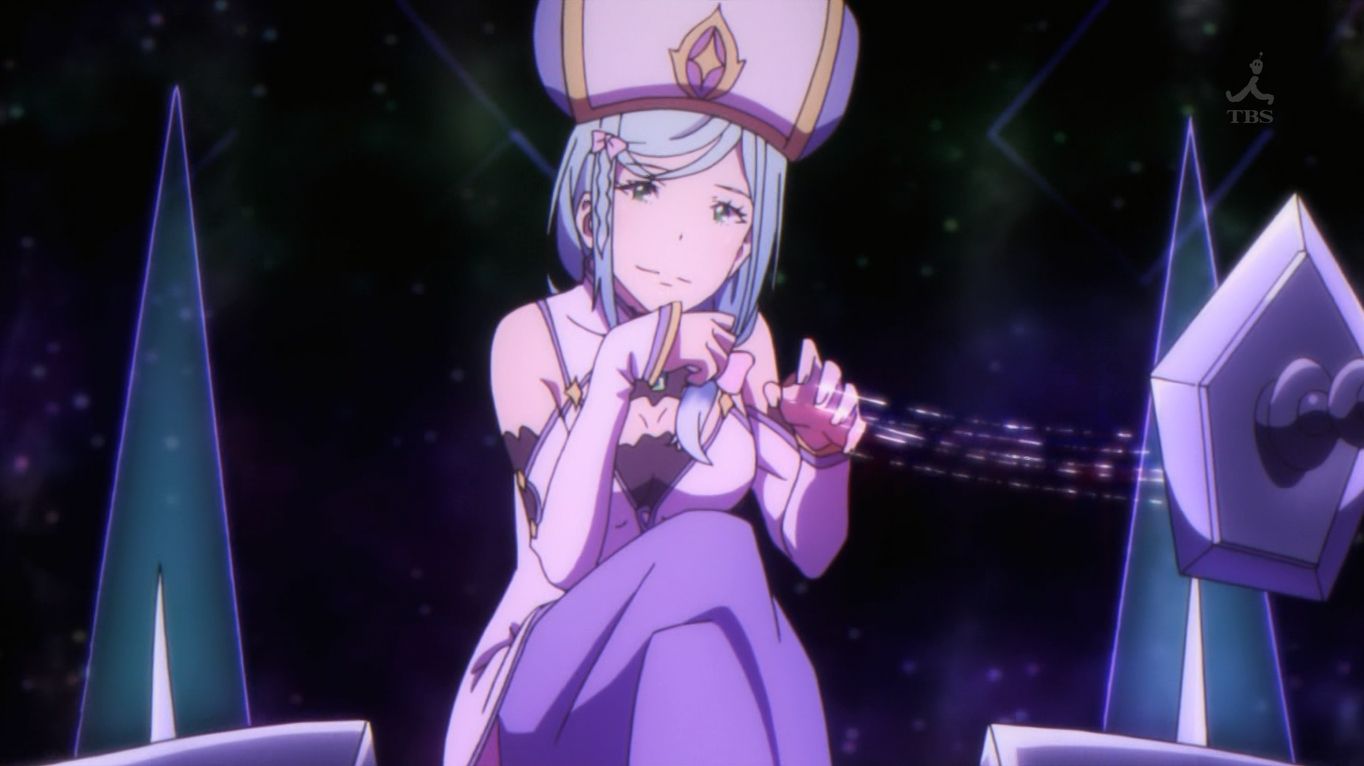 Various mysteries have been scattered from the beginning.
The hero who was able to participate in Granbelm even though he should not be a descendant of a magician,
The reason why other magical girls challenge Granbelm. Why is only one person selected?

There is a strong feeling that the explanation of such a mystery is progressing to the extent that it can be smelled.
Many of the characters’ lines are like “I will understand”.
Candida seems to have been postponed to explain the mystery.

That’s why it’s more than when you’re in a robot battle
Such a mystery when not in a robot battle,
There is a strong feeling that the main story is progressing, digging into the character,
It’s better to have characters fighting each other without a robot battle
It seems to be the true value of the fun of this work.

However, there are still a lot of similar developments,
I often repeat similar scenes.
Then, a little more hero and his friend “New Moon”
I feel that I want it to be used as a scale to dig into. 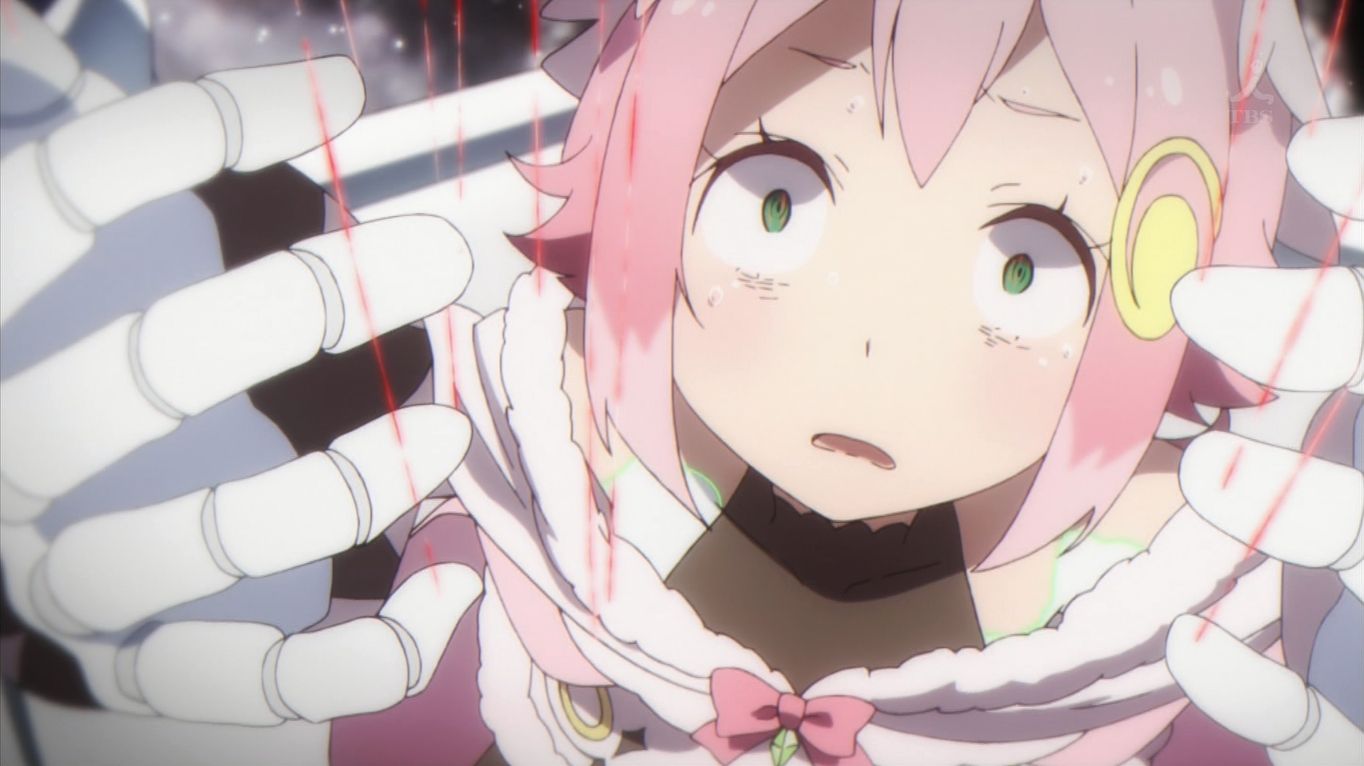 The hero was always looking for his own value.
I joined Granbelm to become something special because I sought the value of existence.
However, it turns out that she was a made “doll” at the end of the game.
It was made from Hana and had no value as a human being.
It’s the final stage when the value of self-confidence fluctuates from the ground up.

Everything is set up for a girl named “New Moon” who was chosen as a magical power.
The existence of the hero and the girls who have fought are all trials against her.
Even if a friend knows that it is a doll made by magic, “New Moon” is
Are you aiming to be a magician to eliminate magical power? The story development is honestly interesting.

However, the reason why this “new moon” is so loved by magic is
I’m not sure, and her digging and charm as her own character is thin.
This work has a lot of excessive emotional expressions and lines, so the character who becomes the “enemy” is better
There are more cases where the character is standing.

The reason why he fought, and if he fulfilled it, his best friend would disappear.
Still, the girls fight. The excitement at the end of the game gives us a strong sense of expectation. 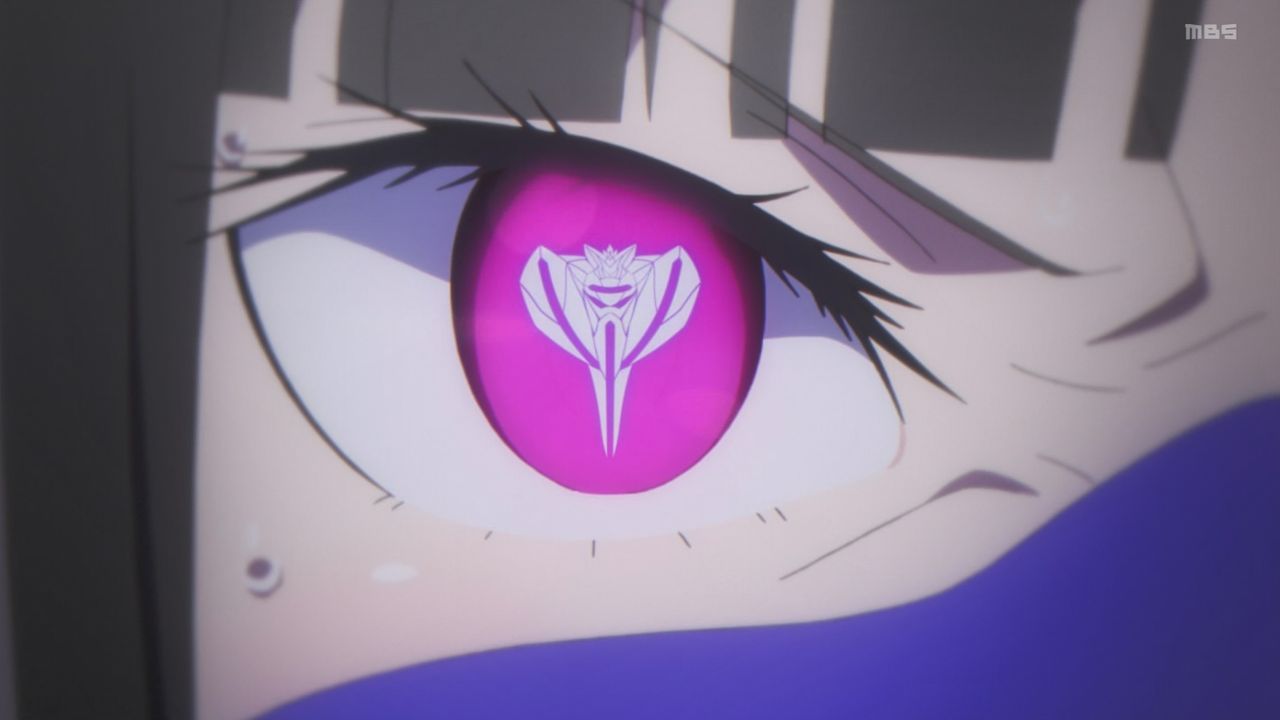 However, that expectation is greatly betrayed. This work is a robot anime for the time being.
The production side probably wanted to create a showcase as a robot anime.
For some reason, the final story is full of parodies.
It’s a parody of a level that can’t keep up with it.

Funnel is good, new type production, sirocco, last shooting, etc.
I’ve seen it in “Gundam”!It spills out of my mouth
The final story is composed of a scene full of Gundam parody.
Originally, this work itself had elements that were reminiscent of various works.
Still, the element of “robot” cheated it a little.

However, the final story has become a parody of even the elements of such a “robot”.
It’s a disappointment that I’ll eat my knees and crumble from my shoulders later.
The more I feel like the parody is worrisome and the content of the final episode does not come to my mind well
Too terrible.Like doing in a gag anime
It’s like doing a parody robot battle scene with a serious work.

In the end, although the story ends up being “not” in various ways,
Why was the girl named “New Moon” chosen, and who was the last transfer student to come?When
The last that ends with throwing elements that throw interpretation to the viewer
It was a work that left a moody indigestion. 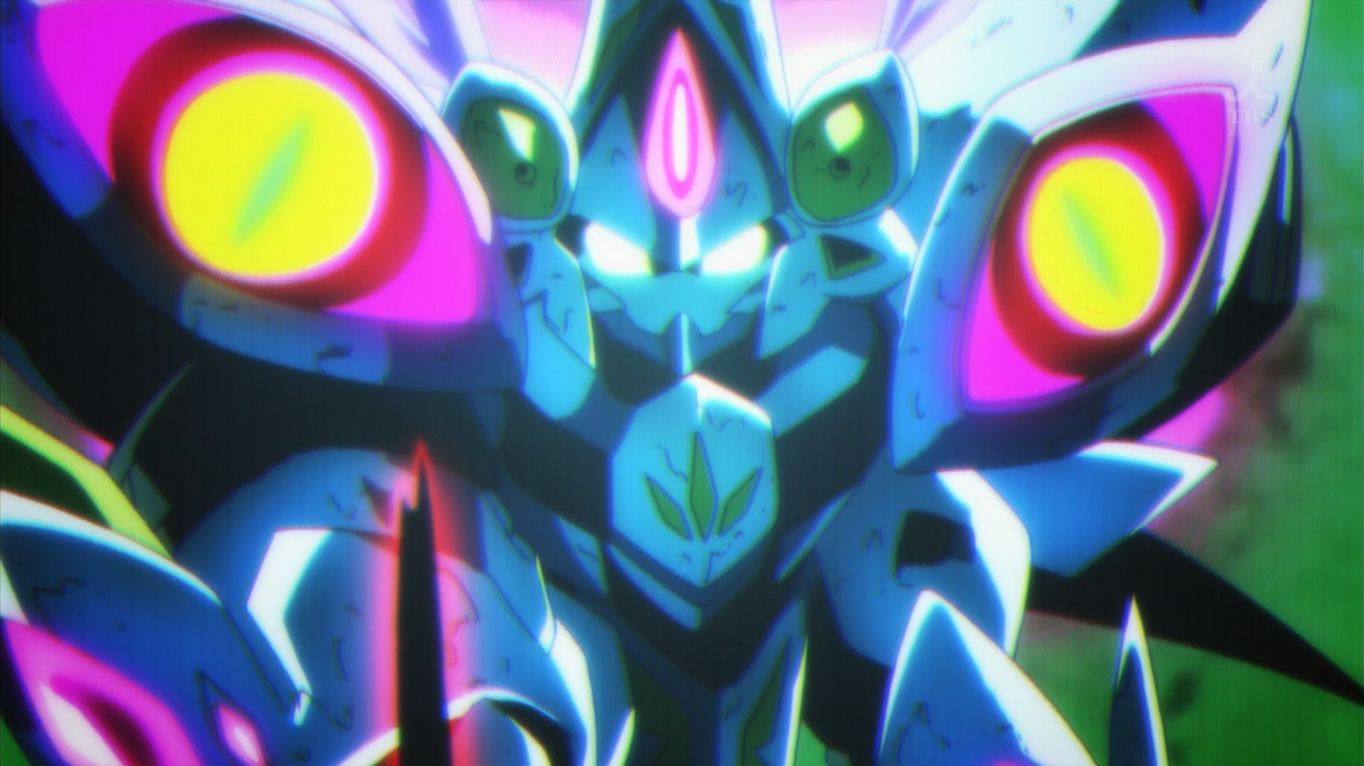 Overall, it was an elusive work.
Although I can see what the production side wants to do and what it should be intended for,
The elements of magical girl battle royale and robot animation are different,
It is difficult to transfer emotions to a character that explodes emotions,
The impression of the main characters is weak because the enemy characters are standing up.

Various works because there is an element of robot animation
Although the elements that are reminiscent of it were cheated
Even that element was made into a parody festival that I don’t understand for some reason in the final episode.
Eventually, I was worried about it and couldn’t get the content of the final story.

In the story, the girls’ conflicts and worries themselves are interesting,
There are some elements that make me wonder, “What was that after all?”
There are many parts that are throwing interpretations to the viewer side,
The digging into the character is also sweet.

Even as a robot animation, the effect news is more noticeable than the production.
There are many developments such as “Did you do it !?” → “I didn’t do it”
It was also noticeable that similar developments were repeated.
In the first place, wasn’t it good to have a magical girl battle instead of a robot anime?When
There is a part that I feel, and it seems that various elements did not mesh with each other.

The design of the robot itself was not bad, but it was not fully utilized,
Although it was a work that I felt a lot of disappointment,
In the end, it was a work in which the element called a robot had become a snake. 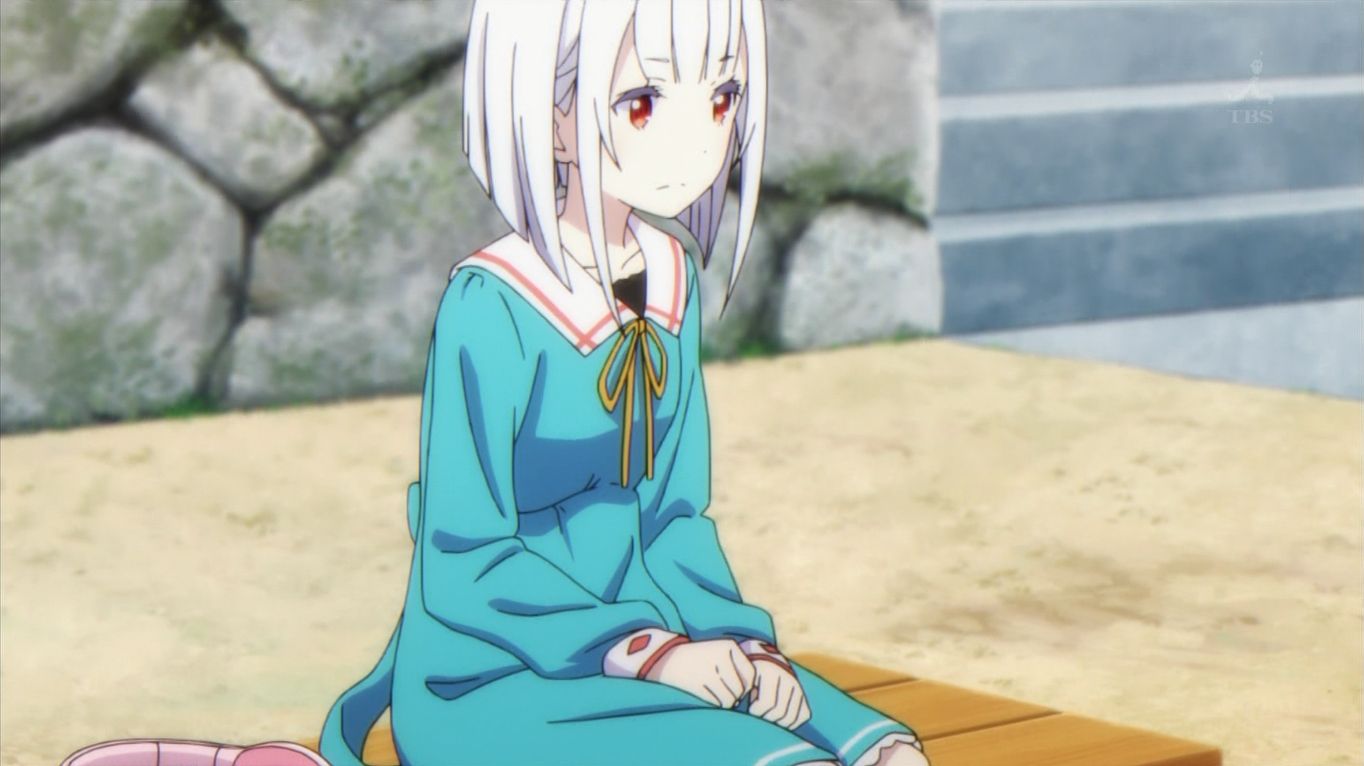 I like robot anime and I was looking forward to finding this work
After all, there was no exciting scene.
Regardless of whether the content of the work is good or bad, I wonder where it is in the case of robot animation
There is a scene that is exciting and interesting, but this work does not have it.
I found it painfully in the final episode.

After all, I haven’t made the original.
Ryu Knight, Gran Sword, Mashin Hero Wataru, etc.
SD, without feeling the goodness of a two-headed robot,
A two-headed robot, not SD Gundam Paro, but Gundam Z and Gundam
Parodying is also a bit difficult to understand.

Even though it is a handwritten robot animation, it does not burn as a robot animation.
It’s a movement that works well, but I didn’t feel any romance there.
It may be the easiest expression to understand.

After the broadcast, the animation director and robot design

“I didn’t really want to have a parody, either …
It’s difficult … I can’t help it …
I wish a few more people could call Roboconteman from the outside,
It ’s difficult.
At an anime studio that has never made robot anime
Everyone involved did their best to do their best … “

It’s a shame that it was a parody without love in the first place.
That’s why the number of people who can make robot animation has decreased.
It may be a real problem, but it’s still
I didn’t want the parody to run away.