Google has long been equipped with automatic backup of images and multimedia files between Google Photos and Google Drive for user convenience, but starting in July, the backup feature says The above will be "dead", even for customers who are using the G Suite.

"We have received some feedback from users that the connection between the Photos and Drive services is bringing a lot of trouble, so next month, we will make changes to simplify spread. experience on Drive and Photos ", Dan Shlosser and Jason Gupta, respectively, are managing directors of Drive and Photos, writing in a blog today.

As soon as the changes take effect, all photos and videos stored on Drive will no longer automatically appear in Photos and vice versa. In addition, deleting files from this side will not work "synchronously" to the other side application. "This helps prevent accidentally deleting files between Drive and Photos.", Shlosser and Gupta said.

With the current link between the two services, it is quite easy for users to "confuse" and delete important photos or videos if they are not careful.

However, we will not need to worry about having to spend time uploading photos to two separate websites because Google will create a new option named "Upload from Drive" on Google Photos page, users can easily select photos from Drive and copy to Photos. Of course the files will be completely separate and all operations on Drive will not affect data on Photos and vice versa. However, Google said this will cause some disadvantages for users, especially the risk of "overflowing" the cloud storage memory because the data capacity will double. However, if users still want the file to be stored in both places, the best solution is to use Google's application Backup and Sync app for Windows or Mac. 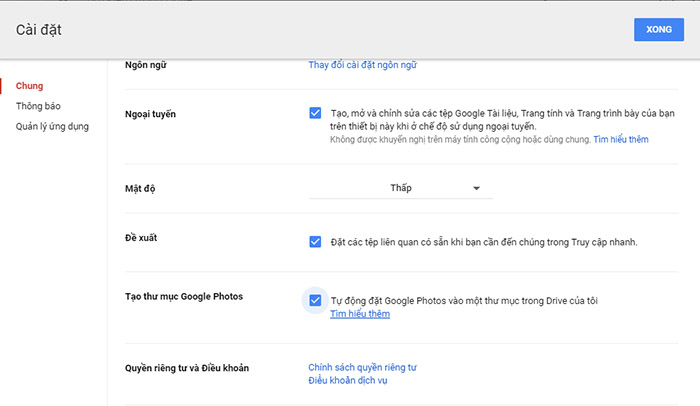 At the same time, Google stressed that the link removal between Photos and Drive will not affect the user's data at all."Any photos or videos from Drive syncing to Photo will not be affected. If you have the‘ Google Photos' folder in Drive, it will still be there, but there will be no automatic updates. ", Schlosser and Gupta said.

Maybe removing this rather handy feature will be inconvenient for some users. For those who are backing up Google Photos through Drive synchronization on a PC, starting in July, they must be familiar with backing up photos and multimedia files on two (or more) services and platforms. Different cloud platforms.

AMD Ryzen 4000H is severely out of stock, notebook manufacturers have no choice but to recommend Intel

Post Views: 29 AMD Ryzen 4000H is severely out of stock, notebook manufacturers have no choice but to recommend Intel 2020-08-04 10:55:24 22 likes 8 favorites 36 comments This article was released under the authorization of Fast Technology. The original title: AMD Ryzen 4000H is seriously out of stock: Notebook manufacturers miss Intel. The content […]

Post Views: 32 Red meat refers to meat from the muscle tissue of mammals such as beef, veal, pork, lamb, mutton, horse and goat. If each food family has its place on the plate to ensure a good nutritional balance, Numerous studies have demonstrated the importance of limiting its consumption in favor of other sources […]

Post Views: 28 The famous Korean newspaper Asiae has released a report stating that Samsung will completely shut down the entire NX digital camera business, at least not until the end of 2016. empty in this array. The staff of the division's division will be transferred to the smartphone and medical sections. Samsung also stopped […]