Godzilla: King of Monster is a movie project that will be collaborated by PUBG Mobile after the Resident Evil event with zombie mode. Unlike zombie mode, you will have to fight ferocious zombies, with the Godzilla event, you will just need to find Godzilla pictures on the wall or floor to receive attractive rewards.

1. The island near Impala 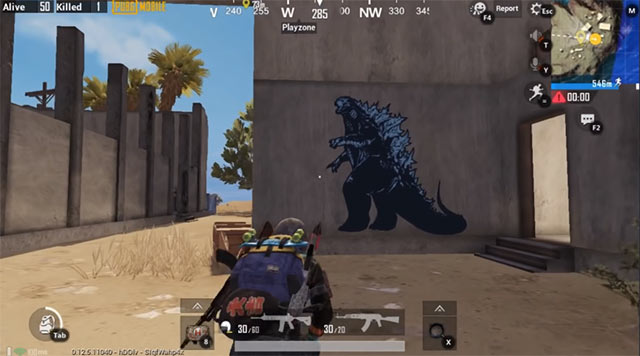 Godzilla image location in PUBG Mobile was first located on an island near Impala, which are three islands lying on the right side of the Impala area. Here in the middle island you will find an image of Godzilla painted on the wall. More specifically, it is located between two blocks as shown in the picture. If the plane’s flight path is close to this area, you can parachute down and look for a picture of Godzilla. If the flight does not pass near this area, you will have to find it quite hard to find it here. So if the flight is too far for you to parachute down here, you can skip it and wait for another chance.

2. At the Los Leones Center

Second place is in the Los Leones area, which is located in the heart of this “densely populated” area. In this area, the photo is painted on a wall outside a half-built building, but this is the image of the three-headed dragon King Ghidorah but not a picture of Godzilla like in Impala. This position is easy, regardless of the flight path, the plane will cross here so you can reach this position without having trouble moving. But you will have trouble with other enemies before you get here. Because when Godzilla wasn’t there, the area already had a lot of people parachuting down. 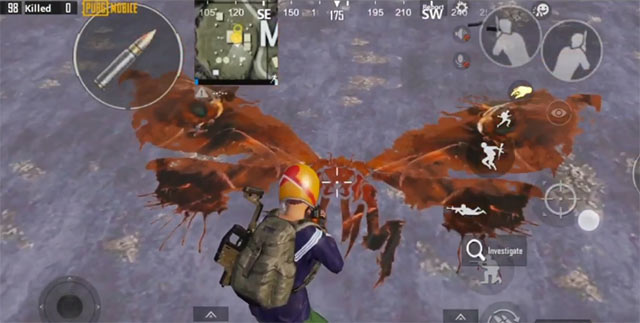 In a “remote” area where the photo of Godzilla PUBG Mobile appeared. Prison is probably not strange to many people as this is a waiting area before entering the game. However, the number of people landing here is very small because it is quite far from the center, if you boast to one of the two corners of the map above, the running will be quite difficult. 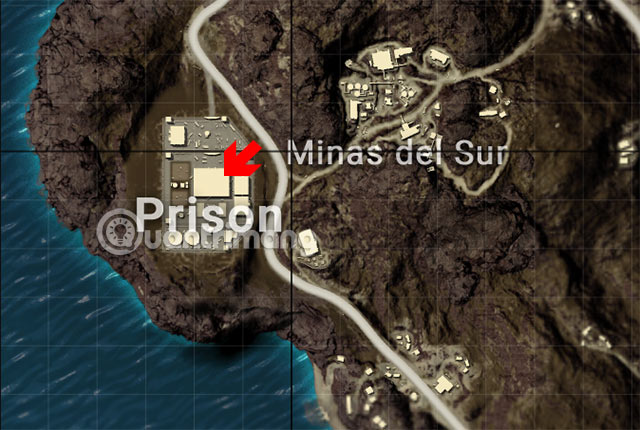 But this is one of the three areas where Godzilla has been featured on Miramar. Finding a photo of Godzilla here is not too difficult when it is printed on the roof of the largest building there. If you do not know where to find it, go to the highest area to observe and you will see a picture of Mothra.

These three Godzilla image positions in PUBG Mobile are not easy to obtain. You should prioritize areas that have a flight path to land. Los Leones is in the center so it is not too difficult to reach, only afraid of surrounding enemies. The prisons and islands near the Impala are a bit difficult to navigate, but will certainly have less players than Los Leones.

Post Views: 38 (Techz.vn) During the time when COVID-19 epidemic was complicated, Samsung has just announced the program “disinfecting free phones” for customers. The University of Tennessee estimates that corona virus can survive on glass surfaces such as smartphone screens for up to 96 hours at room temperature. Therefore in addition to regular personal hygiene, […]

Samsung sold out the first 1,000 units of Galaxy Z Fold2 in Vietnam – VnReview

Post Views: 23 Samsung Vina Electronics announced that the first 1,000 units of the Galaxy Z Fold2 were sold out in pre-orders on retail systems in Vietnam. According to Samsung, just 15 days after officially starting the pre-order program, the first 1000 Galaxy Z Fold2 units were ordered and received by Vietnamese users today (September […]

GMA T.50 – The next ‘wonder’ of the supercar design legend

Post Views: 29 Referring to Gordon Murray, car enthusiasts will remember the father of the greatest supercar in history – McLaren F1. After McLaren F1, Gordon Murray had a period of relative silence before returning with the creation of the design department and the car brand named after him. From here, Murray has embarked on […]