Global smartwatch sales increased by 42% in the third quarter of 2019, Apple is still the "hegemony" – VnReview


While smartphone sales slowed down, the smartwatch business grew significantly. In it, Apple Watch is still a familiar name when leading the market.

Follow GSMArena, Strategy market research firm Strategy Analytics has announced global smartwatch sales in the third quarter of 2019 of 14 million units, equivalent to a growth of 42% over the same period last year.

And not unexpected, Apple still dominates the smartwatch market with the Apple Watch line, accounting for 47.9% of the market share when it sold 6.8 million units globally. In second place is Samsung with 13.4% market share when selling 1.9 million smartwatches. 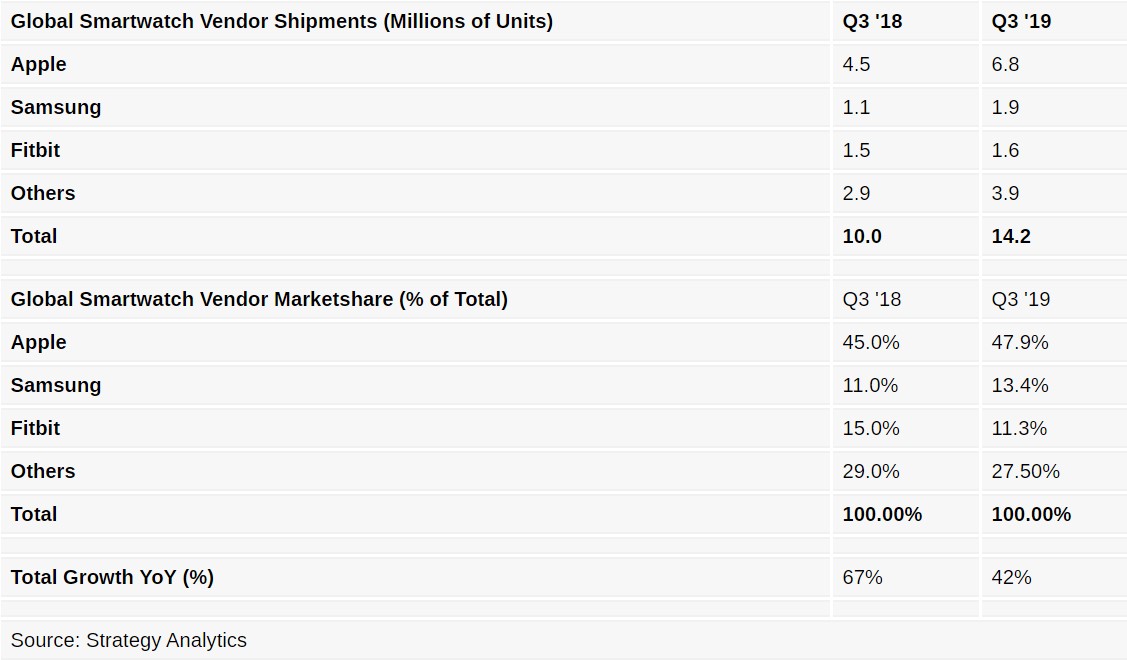 At the same time, the South Korean tech giant also claimed that this is considered the best growth in the past years of the smartwatch business with a growth of 73%. Along with that, Google recently completed its acquisition of Fibit when the company is in third position with 11.3% market share, and 1.6 million smartwatches shipped.

It can be seen that in the future Google will take advantage of Fitbit's smartwatch ecosystem, while Samsung will strive even more. But until now, both are still not able to compete with Apple, as well as gain control of the smartwatch market from this company.