True to the previous information, the Japanese government actually implemented export controls with high-tech items. A retaliatory move from Korea.

Korea is Samsung's home, SK Hynix, the leading memory chip companies. The ban on them will quickly affect the entire chip industry, as well as making customers like Apple, Huawei, and Sony worry. From July 4, Japanese suppliers must apply for a license if they want to export materials and chemicals to Korea. The time to complete the procedure may take up to three months, and the stocks of Korean firms may not be enough to maintain until then.

A source from SK Hynix said Nikkei know, they do not have enough inventory items needed. If not guaranteed until the goods are received, the company may have to suspend the production line. Damage will be incalculable! Samsung just said that the company is assessing the situation without giving further details. With a 70% market share, Korean companies dominate the DRAM memory market. In addition, there is 50% of the global NAND flash memory chip market.

These chips appear inside Apple's iPhone, Huawei phones, computers of HP, Dell, Lenovo, TV from Sony, Panasonic. The chain effect will affect the whole industry, like the domino effect. If these firms cannot guarantee enough memory chips, they may delay the release of new products. This indirectly affects other suppliers in the supply chain.

Not only that, with the removal of Korea from the export priority list (including the US, Germany, Britain, France and more than 20 other countries), Japan makes the licensing process a barrier as mentioned above. Until now, no country has been named and South Korea is the first time. This signifies the anger of the Japanese at a very serious level. 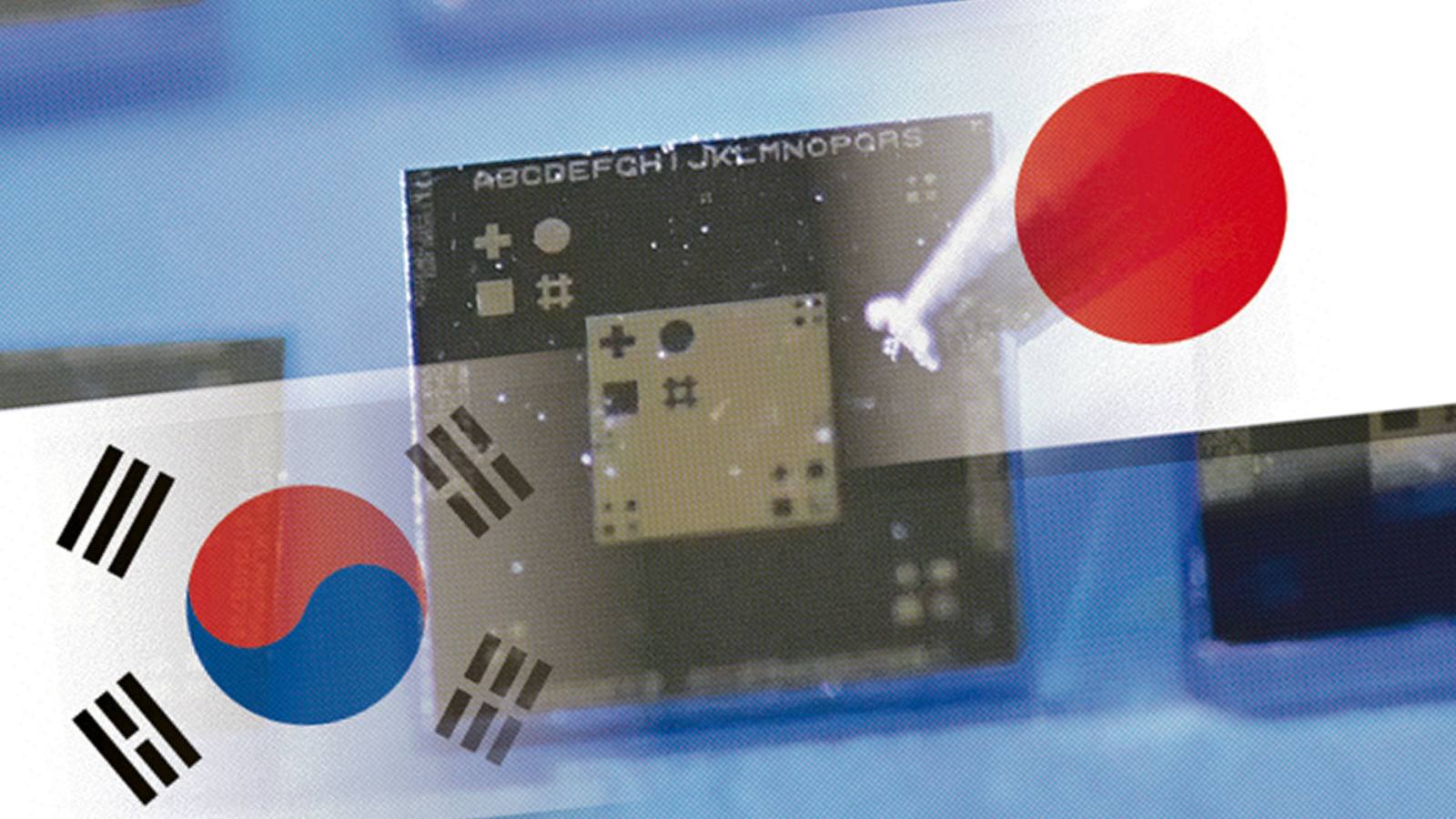 Korea will have to look for other supplies to maintain production, but it is a difficult task

The Korean side prepares to retaliate against Japan by appealing to the WTO. At the same time, the government will provide full support to affected Korean businesses. Some experts argue that it may not work, Japan has the right to self-determination and its case does not violate the rules.

While Japanese companies seem to be "out of hand" with the order issued. An official at Tokyo Ohka Kogyo said: "We are surprised when such a policy is issued so easily.". They were not consulted first and were worried, as a fifth of their revenue depended on the export of contrast materials to Korea and Taiwan. Mitsubishi Chemical was also surprised and hoped the government would consider carefully the consequences. They export both contrast and HF, used in semiconductor photolithography.

Akira Minamikawa, an expert from IHS Markit, said this would cause disruption of production in Korea. Samsung or SK Hynix can look for other supplies, but it is difficult to guarantee replacement for Japan in both quality and output. Especially when the products of semiconductors are high-tech chips, it is necessary to ensure standard quality.