If you are looking for a software to recover data, especially computer drivers, third party software, Driver Magician license software is the first priority choice for this problem. The software’s extremely powerful data recovery feature including the ability to automatically find drivers is also one of the highlights. More specifically in this special event you will be able to own Driver Magician license software for free if you follow the instructions below. Automatically find drivers and install more.


Driver Magician supports users to back up drivers in the computer system to previously selected folders. After performing such tasks as reinstalling the operating system, formatting the drive or upgrading the operating system, users use Driver Magician to restore the system drivers, then you will not have to quit. efforts to find drviers on the internet

$ 29.95 is the value that you need to spend to own the license of Driver Magician on normal days. Sign up today January 16, 2017 – January 18, 2017, you will receive the Driver Magician Giveaway Code without spending a single cost

How to register Driver Magician license

– You guys come in HERE to get the Giveaway Code
– After installing the program,> First start> open the software and choose Help >Register to proceed with copyright registration. Enter the Giveaway information you got above -> select OK 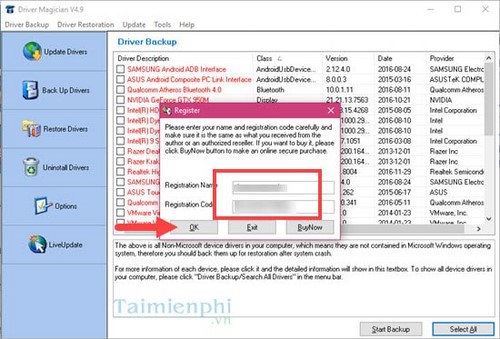 When the system notices as below, you have finished activating the software copyright. 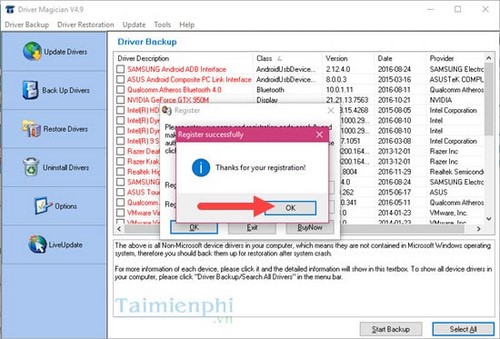 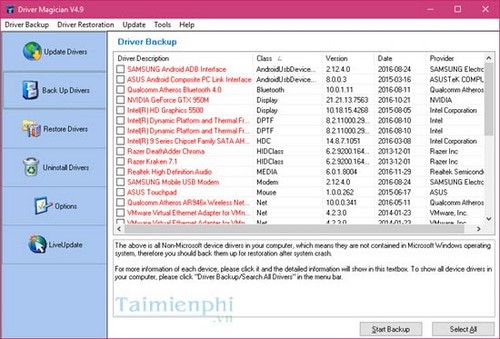