Synopsis Samurai Chisui Kanzaki and ninja Kenroku Sanada will travel back in time to 2030, hundreds of years after 1600.Quote-Wikipedia

Are you writing the script in about 10 minutes per episode?

This work is a TV anime original work.
It is made as one of the cross-media projects.
It is a project targeting the world market,
Yoshitaka Amano, who is familiar with FF, is working on character design.
Directed by Masahiko Komino, produced by Lunch Box Studio Lelle 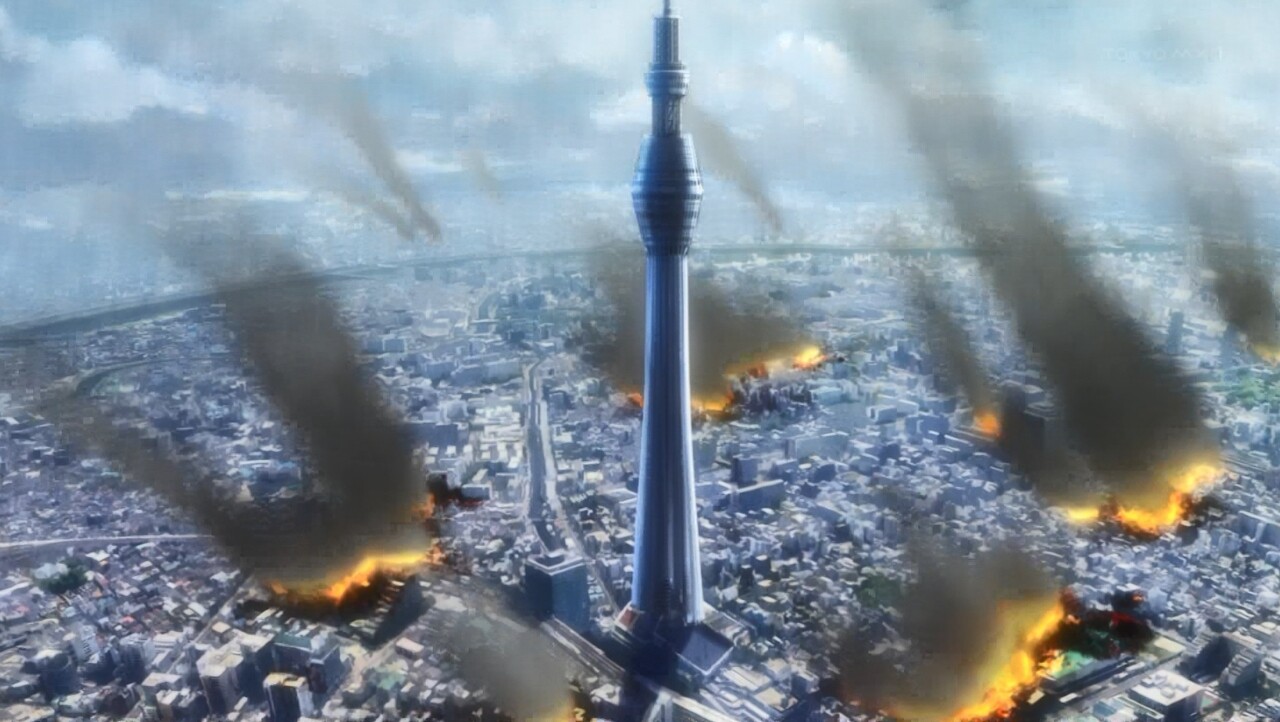 Episode 1 begins with a flashback scene early. A girl from Sumida Ward in 2030
He talks about what happened in the past.
A disease named Gibiate spreads, making humans look like monsters,
The world is in a difficult situation. The girl is enthusiastic about making a “vaccine”.

If you think so, the time series will fly in 1600. It doesn’t make sense anymore.
This is my first experience with animations that fly in chronological order from 2030 to 1600.
The situation has changed so much that I can’t keep up with the story.
A person who seems to be the hero who was exiled to the island is on the way to the island
Get caught up in the rough seas and slip back in time.

It’s a big laugh. I strongly feel a strange sense of expectation in the development that was too blown away.
A 700-year-old samurai travels back in time to 2300 and fights against monsters.
I can’t hide my smile in a setting that is too novel. 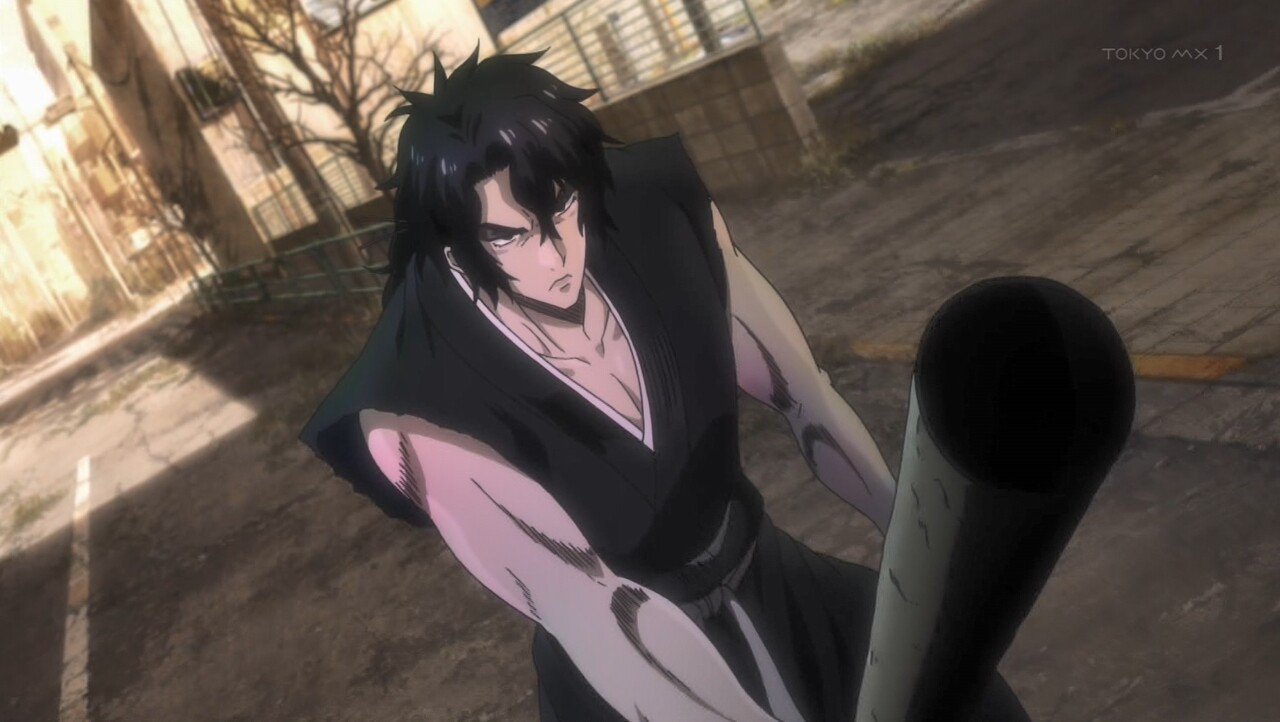 Naturally, the samurai who slipped back in time depended on the gibiate.
Fight against humans who have become monsters. This is the first battle scene in episode 1.
It’s full of “ups” (laughs)

When the characters are fighting, there is only a pulling picture or a close-up picture.
The image making that you can see that you are cheating on the number of drawings is full of B-class animation.
Besides the battle scenes, there are so many up-scenes that the drawing is obviously bad.
It’s an anime that makes your feet up even though it’s a walking scene.

Desperate to move the character of Yoshitaka Amano’s character design
It seems that no other effort has been put into it.
The enemy “Gibier” is also drawn in 3DCG,
It’s about the quality of a PS2 game.

After the middle stage, there are many scenes that just shake the “one picture”.
The thrown grenade doesn’t move as well as the game.
There are a lot of things to do in the battle scene, but there is no end to it if you start digging in.
Please take a look and check it out. 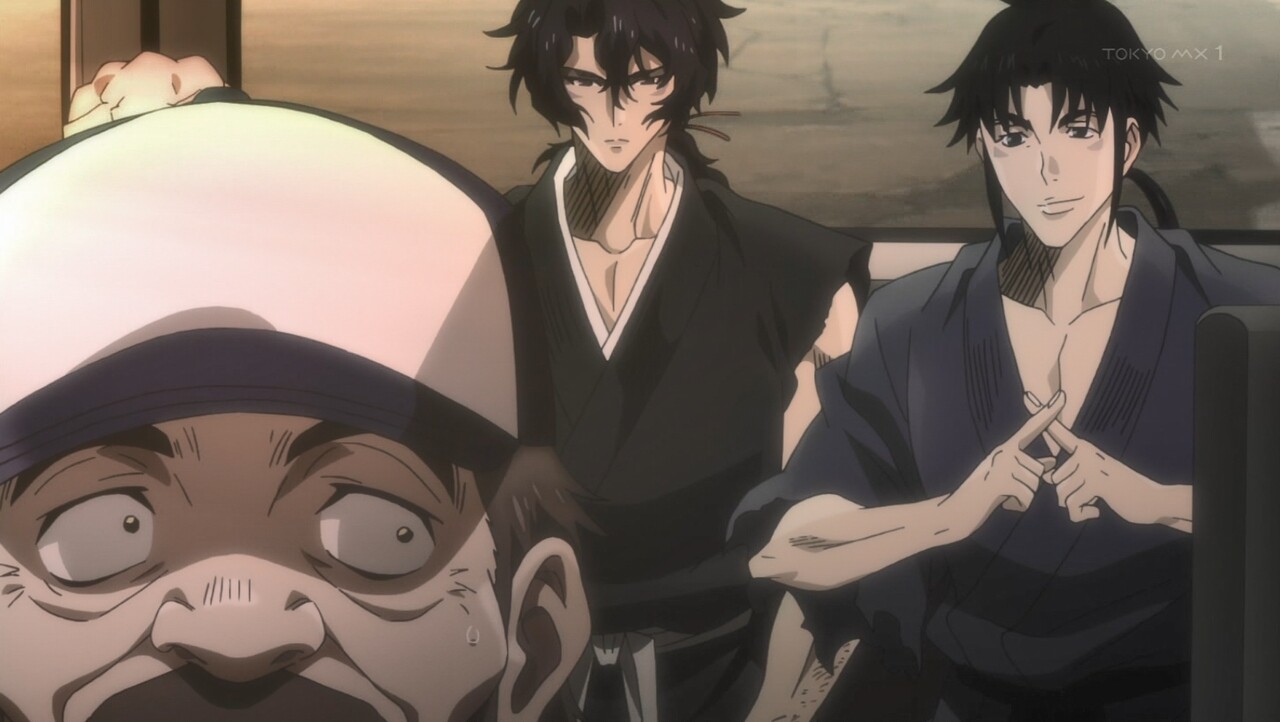 I understand in seconds (laughs) It’s normal to doubt or investigate a little
I don’t do that at all.
In just 3 minutes of conversation, the characters from 2030 and the samurai from 1600
I am convinced that I have traveled back in time. It’s a ridiculous script.
There are only characters with a mass of understanding and adaptability. 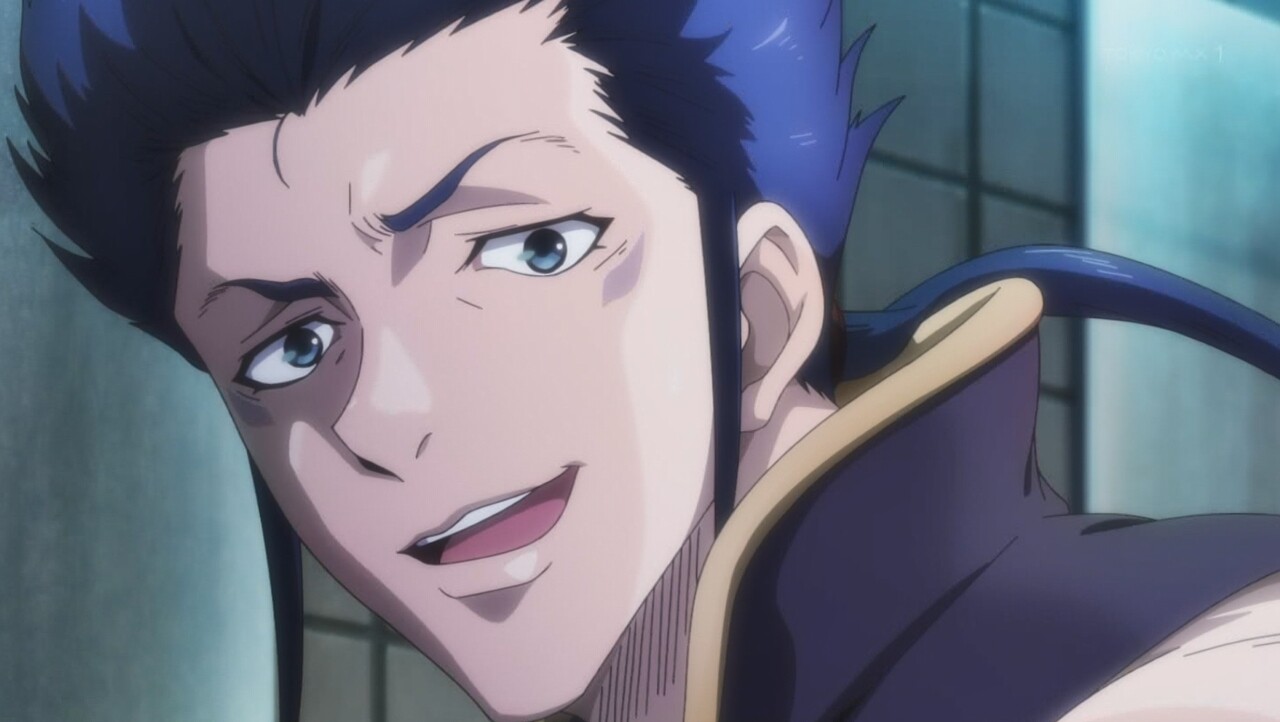 It’s impossible to keep up with the story.
Suddenly, the ninja dyed his hair blue without any connection or meaning,
Light is important as a measure against gibiate, but no measures against power outages are taken.
Even though the gun doesn’t work well, it can be easily beaten with a sword or a shinobi technique.
People who flag it as if they were watching a zombie movie die (laughs)

We deliver very easy-to-understand B-class scenarios as B-class.
The characters are serious, but this one I’m watching is a big laugh.
A world view and settings that are too different from the mysterious glue,
I can’t help but feel the gaps in the battle scenes that don’t look cool at all.

There is a lot of rushing in each scene, and there is no end to rushing.
For example, a certain game puts out a thread and blows it up with a grenade, but it doesn’t break.
If you shoot with a gun normally in a scene a little later, it will cut (laugh)
If it’s that strong, you can shoot it with a gun normally, and it should have been cut by a grenade.
There are a lot of small tsukkomi like this, and there is no tsukkomi at all.

The more action scenes you do, the more you can dig into it. 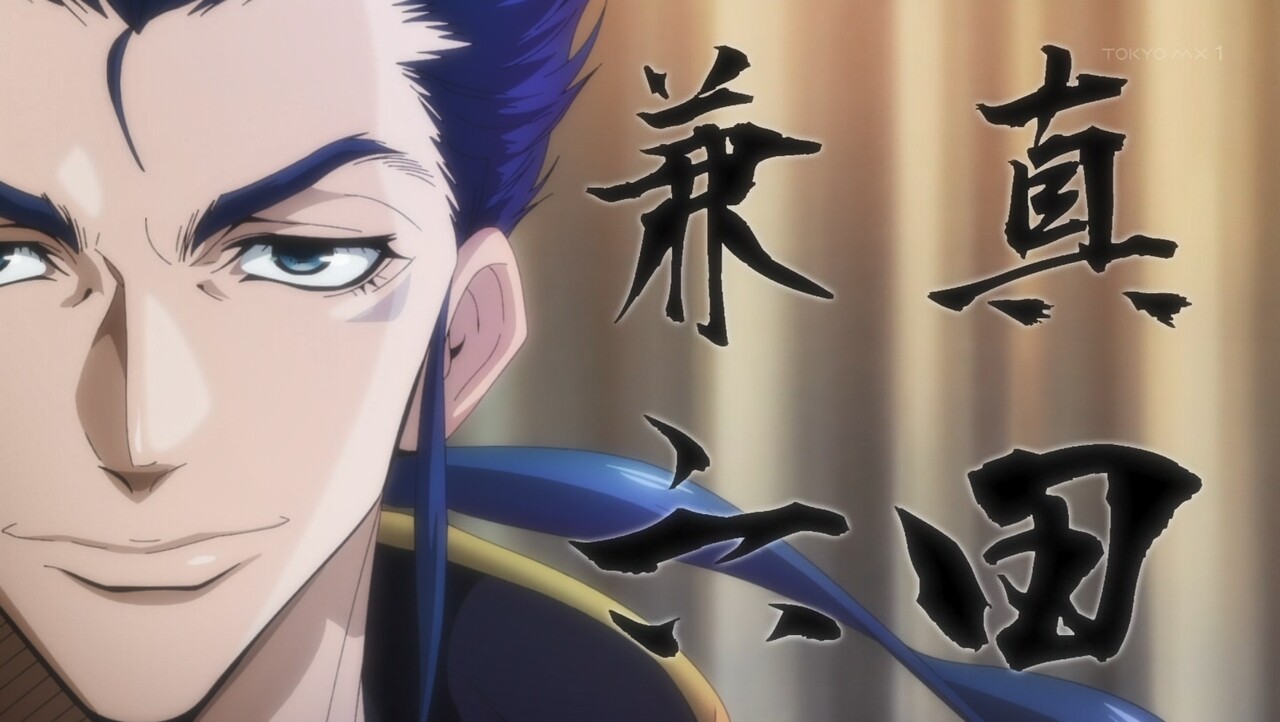 The balance of the volume is also shit, and the balance with the SE that suddenly enters is strange.
If normal voice is 100%, SE is about 180%.
Depending on the scene, it may be difficult to hear the character’s voice.
At the level of wondering what the sound director was doing
Even the voice is not balanced.

The OP is a mystery Yoshida Brothers feat. SUGIZO, and the ending is SUGIZO feat. Maki Ohguro
It feels like a waste (laughs)
It’s so gorgeous that you don’t need such a big game for such an anime.
On the other hand, the sound effects and BGM of the main story do not match subtly, which makes me feel uncomfortable.

The degree of deviation of the character’s lines is also tremendous.

“Someday … when this trip is over, there will be a good restaurant in my hometown.
I want to bring the doctor there … “

It is a world view that seems to have collapsed in my hometown,
I never run a restaurant. Although it is an easy-to-understand death flag,
Couldn’t you write a little more decent line? I think
It is inconsistent with the world view and settings.

In the middle of the game, the car punctured and was surrounded by gamers, resulting in a pinch.
A certain character

Shout. Ninjas and monks are fighting but do nothing in the car (laughs)
In the meantime, I want you to make an effort to change the tires, but do nothing.
When I think so, one of my friends self-destructed, and the tire that should have been flat if it self-destructed
Before I knew it, I was healed and started running. It’s already messed up.

Samurai and Shinobu also came from 1600, but sometimes the words are strange,
I sometimes use the word “type”. The script is inconsistent.

There are so many convenient developments that the weapons they used 1600 years ago
It happened to be on display at an exhibition I went to, and everyone can get it (laughs).
It’s for everyone, not just the hero’s weapons.
Even the Showa RPG will be a little more dispersed.

It makes the development like a mass of opportunism too easy to understand,
On the contrary, it is this work that makes me laugh. 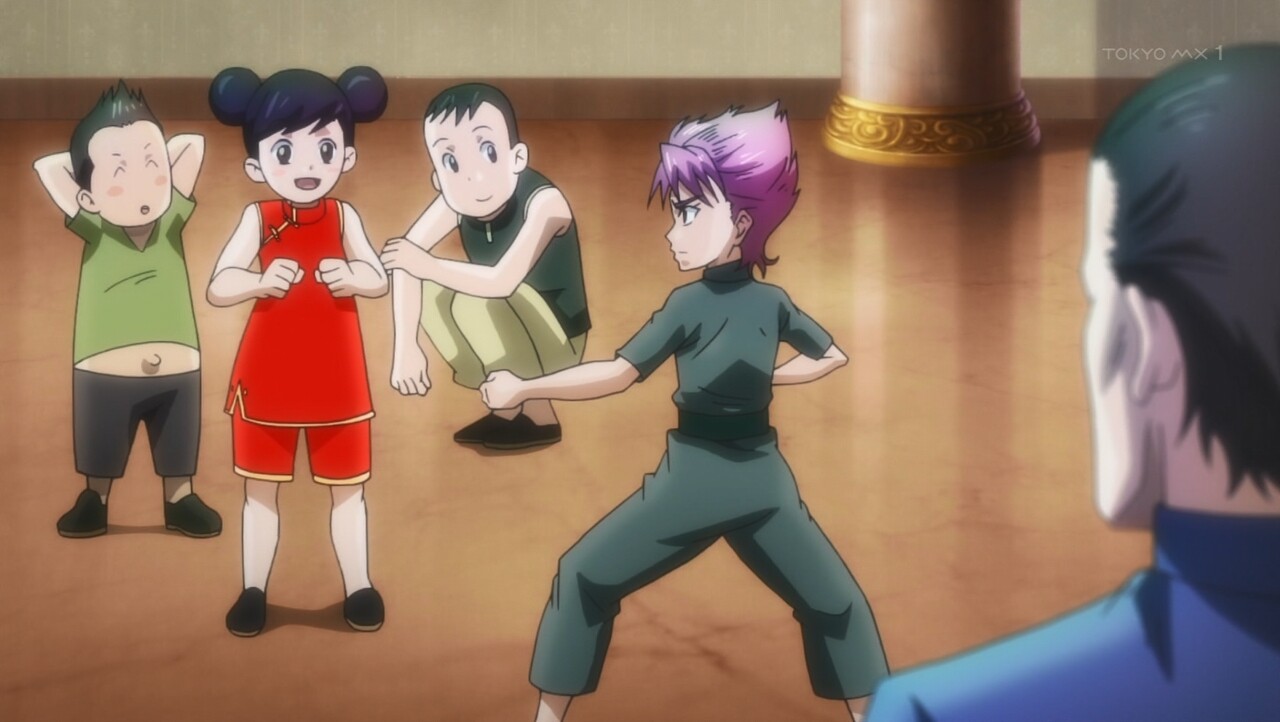 The interview video of the character at the beginning of each episode is also a mystery,
Do you need it? Even the characters I think are being interviewed.
It’s really a mystery.

It continues to develop like zombie movies and overseas dramas in an easy-to-understand manner,
A character suddenly appears and suddenly disappears,
Episodes of sub-characters that don’t matter are drawn,
The battle scene is uselessly long, and he is clearly earning a shaku. 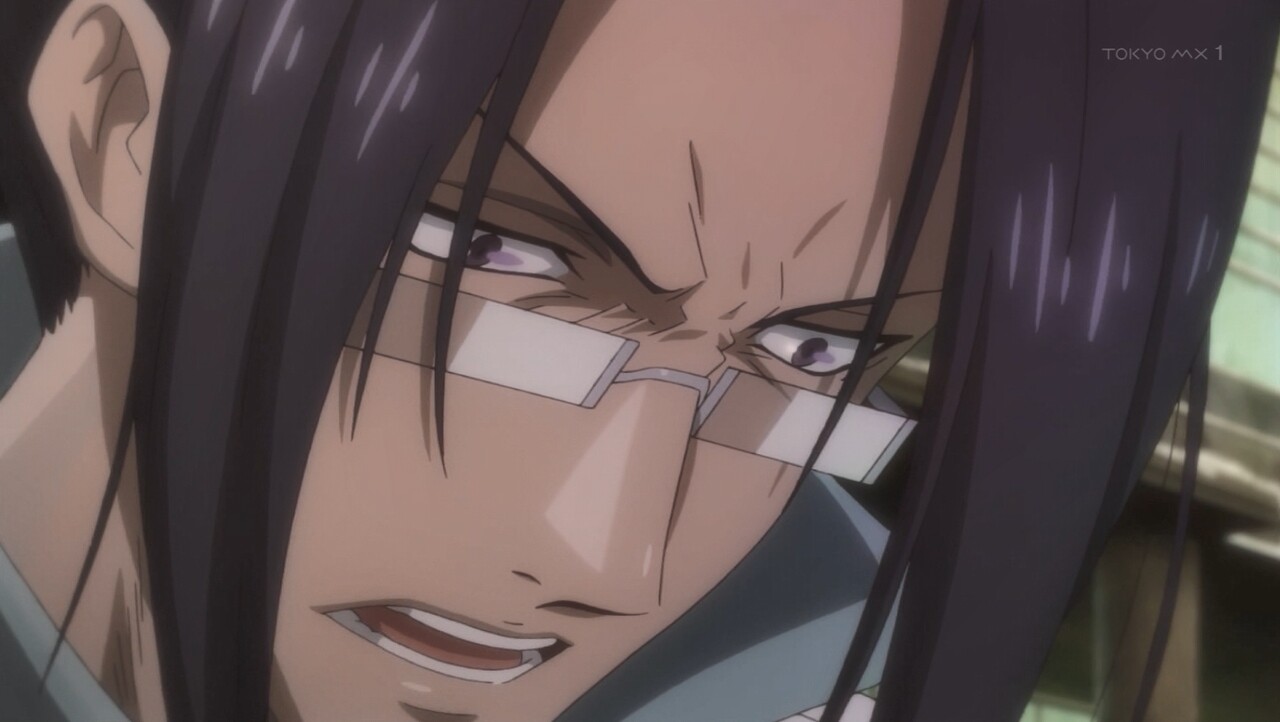 A ridiculous thing is discovered at the end.
This work is a zombie movie + samurai & ninja, and the story could be predicted to some extent.
However, there is a development that no one can predict at the end of the game.

From the beginning, “Doctor” was very suspicious, and there were many expressions and lines that seemed to me.
Being the cause of the jibieate virus turmoil or being a mad scientist
At the end of the game, such as filling the world with Jibie
It smells like a betrayal,
Perhaps many viewers could have imagined that the doctor would be a mastermind.

But in a way it’s correct, but it doesn’t make sense.
He says late in the game.

“I and Meteora … are not humans on this planet!”

It’s a sudden alien remark (laughs)
By the way, Meteora is a powerful enemy, Jibie, who has been chasing after a long time.
Apparently she inadvertently took a medicine that would make her a game.
What does it mean to be careless?

Characters other than the doctor are also showing a confused reaction,
This is the point where you can embrace the character of this work for the first time.
The doctor will explain all the respect that led up to this point.
I see, it’s an explanation that I don’t understand.

The protagonists defeated Meteora, and what did he think about himself?
Become a game and take revenge on the main characters (laughs)
At the end of the game, most of the characters die.
This work makes me laugh even though the character is dead.

With the alien who lost his lover at the end of the zombie thing,
The battle with the samurai in 1600 is too novel. 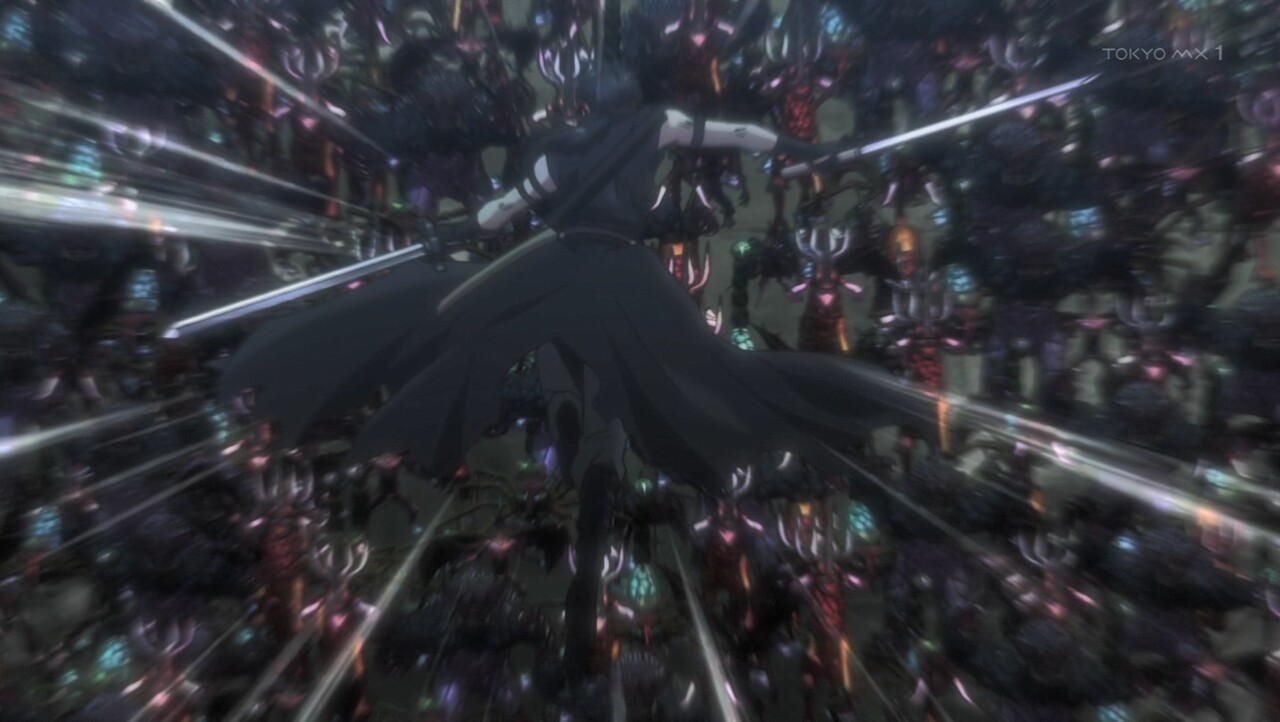 Don’t worry about the fact that even the last battle is moving slowly.
Suddenly, the setting that “Gibier is actually weak in electricity” came out at the end.
It’s not impossible to swallow, but the time slip is actually an alien doctor
The spaceship on board exploded, and the fragments responded to the spirit of the heroine.
It is too mysterious to hear the heroine’s wishes and slip the samurai in time.

The explanation is too aggressive and completely unconvincing.
Even in the final episode, mysterious recollections are put in, and the doctor dies surprisingly easily.
After all, nothing was solved in the final story, there are a lot of gamers in the world,
The number of human beings is steadily decreasing, and neither samurai nor ninja have returned to their original era (laughs).

It was a work that I couldn’t keep up with until the very end. 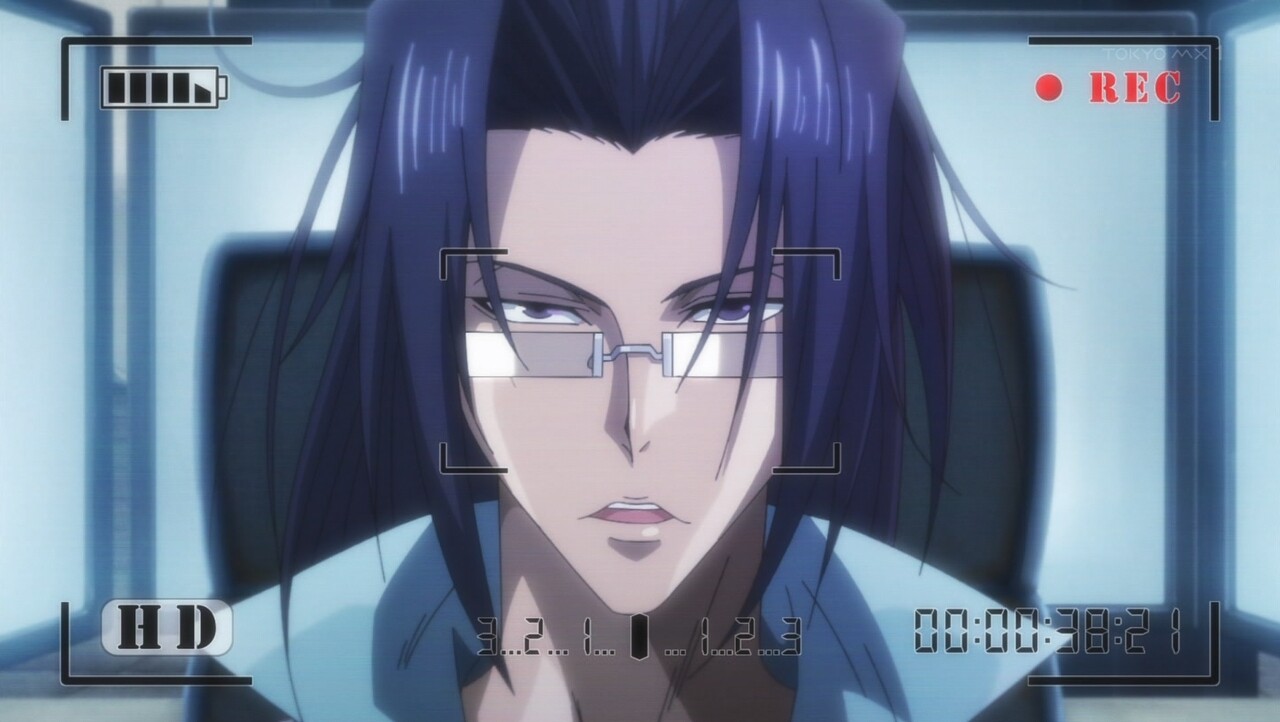 Overall, it can only be said to be a ridiculous work.
I understand that I wanted to make a zombie movie + samurai & ninja with an awareness of overseas markets.
The level of drawing is quite low, the battle scene is cheated and there are many drawing mistakes,
The story earns a scale with the on-parade of the flashback scene and the length of the battle scene,
A story that is completely opportunistic and a development that can not be followed at all
By combining them, it has become a ridiculous work.

If you take it seriously, you will lose.
This work is a gag anime, there is always a point to plunge into,
There are too many points that I have to thrust into, and Tsukkomi can not catch up,
At the end of the game, there is a development that cannot even be thrust into.

By all means, if you have read this review and have not seen this work yet
I want you to try only one episode.
I’m sure Tsukkomi won’t stop and you’ll see it till the end (laughs) 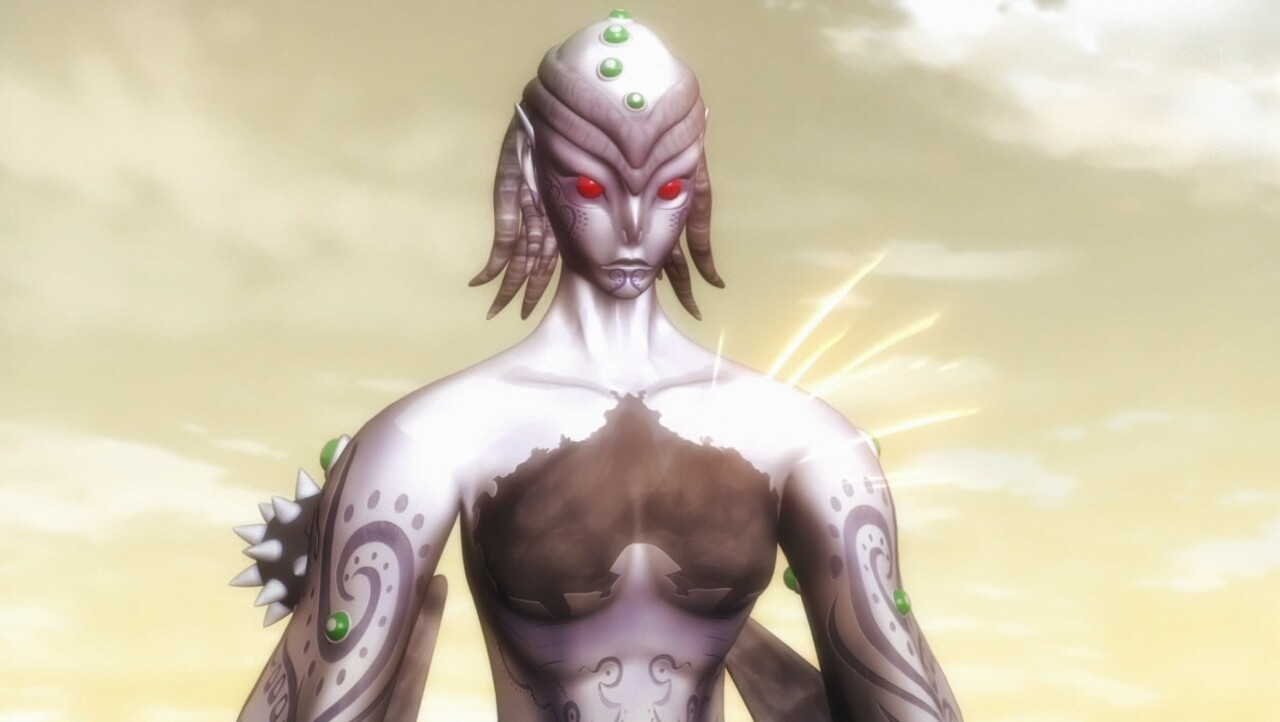 I’ve heard a lot of rumors, but it was a great work in many ways.
I know what the production side wants to do, but
The way to show what he wants to do is too bad and gag.

For the time being, this work is part of a cross-media project,
How will “GIBIATE PROJECT” continue after this?
In a sense, it was a work that bothered me …