Feel the memories and pay tribute to the classics! The 3DMMO endgame “Dragon Ball Legend of Space” licensed by the Japanese national classic original animation “Dragon Ball” will be opened for public beta at 14 o’clock today! 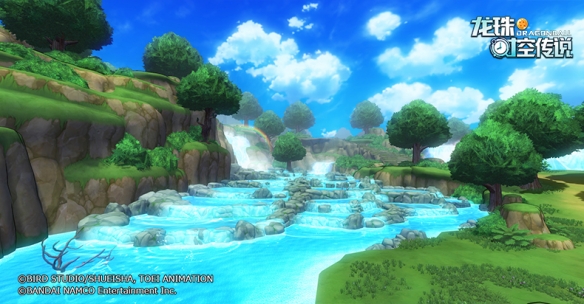 “Dragon Ball Legend of Space and Time” has considered the story of the game in many aspects. Not only does the original character appear in the game, the game also uses a different and chaotic history as the background to create a Dragon Ball world for players with the same but slightly different world view. In the game, players need to assist Trunks on the journey of defending the order of time and space and repairing the wrong history of time and space cracks!

“Dragon Ball Legend of Space and Time” truly restores the vivid Dragon Ball Warrior in the original animated series of “Dragon Ball”, and also moves the skill actions and fighting effects in the original animation into the game. In the game, players can be transformed into popular characters such as Sun Wukong, Bick, Bulma, Turtle Man, Yamcha, Vegeta, etc. to engage in bloody battles. Immerse yourself in the world of Dragon Ball and experience those passions and adventures for yourself.

In addition, the familiar cutscenes encountered by players in the game can be found in the original scene, such as: the scene where the seven dragon balls gather and the dragon is called to make a wish; KAME HOUSE and the turtle fairy; Mcha’s encounter and so on … These familiar plot stories will resonate with everyone. Of course, the magical props such as Dragon Ball, Somersault Cloud, Universal Capsule, and Electric Pot will be presented in the game one by one!

In “Dragon Ball Legend of Space and Time”, players will experience a wealth of rich gameplay content. Among them, including the classic blood of the original animation “the first martial arts in the world”! Do n’t miss the player who loves fighting ~ In the Budokai system, players can perform exciting matching fights and experience a hearty PK experience! The “Battlefield-Faction Capture” provides players with a multiplayer experience! As for players who do not love fighting and spawning monsters, you may wish to go to the Marauder Mine for a copy! If you feel that it is just a regular copy and you ca n’t meet the needs of PVE, you can also choose to go to the “underground ring” to challenge the main bosses in the game! A

“Dragon Ball Legend of Space and Time” will open the public beta at 14 o’clock today! Let’s guard the world of Dragon Ball together!