Game Marketing in the “Era of Player Creation”: How can high-quality content make games out of the circle?


According to the “2021 Game Market Vane Report” released by the game engine Unity, in 2020, the overall revenue of the mobile game advertising industry will grow by more than 8%. The game market has maintained its original growth rate and ushered in a new round of growth.

Faced with the sustained and rapid development of the industry, “buying volume” has always been the common choice of many game companies. This is a simple and direct advertising model-game companies place ads on marketing platforms to guide users to download games. In the game industry, buying volume even became synonymous with advertising.

However, with the maturation of traditional traffic channels, the game advertising industry has also entered the Red Sea market. The cost of buying volume is rising day by day, and game manufacturers urgently need to explore more new marketing methods besides buying volume.

In the post-purchase era, the rise of content marketing models

Buying volume is becoming a pain in the hearts of many game manufacturers.

“Last year, the unit price of game purchases doubled.” A mobile game practitioner told 36Kr. According to data released by Unity, in 2020, the eCPM (advertising cost per thousand impressions) of mobile game advertising will continue to rise and reach a record high at the end of the year.

In fact, the reason behind the rising cost of buying in the game advertising industry is not complicated.

First of all, in the general environment, the increase in traffic prices has become a major trend in the mobile advertising industry. At a time when smart phones are almost universal and users’ mobile phone usage time is becoming more and more saturated, the rise of mobile data prices has become inevitable.

In addition, buying volume is a relatively simple advertising strategy, and the early input-output ratio is extremely high. But over time, the buying market will inevitably tend to balance between input and output. Looking for innovative products and marketing methods to increase the input-output ratio of advertising has naturally become a new direction for game manufacturers.

For example, in 2017, a new model of “Playable Ad” appeared in the game advertising industry. On the advertising landing page, advertisers can design the core gameplay of the game into a simple interactive mode, allowing users to interact with ads. Content to interact.

In the international market, Google and Facebook are pioneers in exploring the trial advertising model. In the domestic market, advertising platforms such as Giant Engine have also introduced this model. This advertising format is particularly suitable for ultra-casual games with simple play. Data shows that demo ads have higher user conversion and retention rates, and directly increase the ROI of game manufacturers.

It can be found that in addition to direct purchases, more new sparks can be collided between the game industry and the advertising industry. The rise of the content marketing model in the past two years has also brought new opportunities for game manufacturers.

With the help of these marketing activities, “Sausage Party” has more than 1.5 billion exposures on Douyin, Watermelon Video and other platforms, with more than 130,000 videos, and its App Store ranking has also jumped from the original 26th to the highest second. .

It is not difficult to see that high-quality content is becoming an important medium in game marketing and promotion, and game players have become a key marketing communication node. Inspiring game players to create and disseminate game content can not only increase the volume of the game’s dissemination, but it is more likely to form a dissemination event and directly detonate the game’s popularity.

With the rise of player-created content, how can game manufacturers achieve native operations?

On April 19, Mega Engine held the “OEGC 2021 Mega Engine Game Conference” with the theme of “NEW PLAY” in Guangzhou. At the conference, Zhang Fuxiu, head of the game content center, said that game creation is entering a new era of player creation from the original media creation and self-media creation. Activating the creativity of players is becoming the new mission of all game manufacturers. 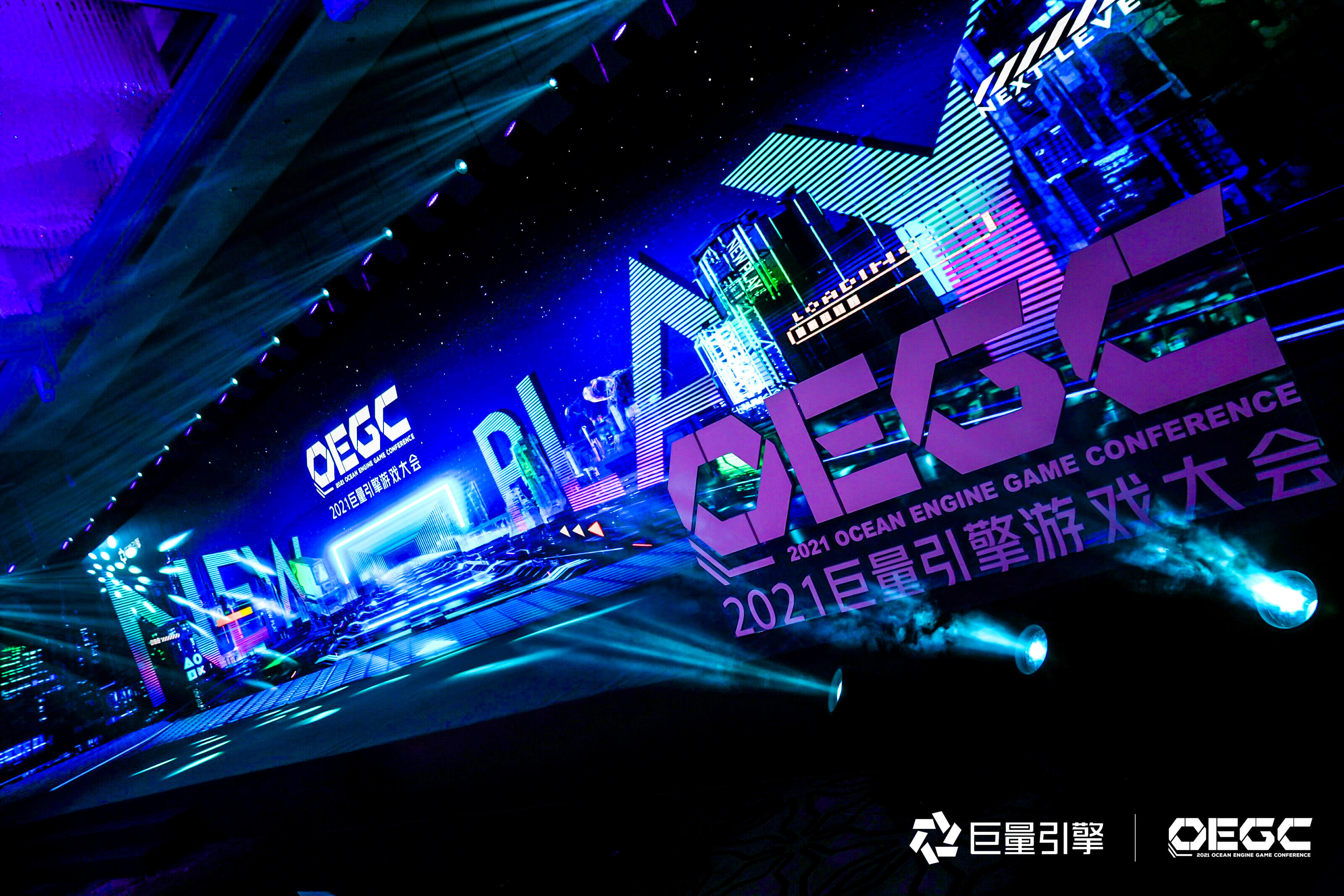 At the end of 2020, “Muse Dash” suddenly became one of the hot labels on Douyin. A black girl’s step-on dance video was watched, shared, and imitated by a large number of Douyin users. The source of this material is a two-dimensional parkour audio game “Muse Dash” released in 2018.

This two-year-old game became popular overnight. On the App Store paid game list, “Muse Dash” once jumped to the top three positions, and on TapTap, this game even reached the top. In an interview with the media, the game producer even stated that he felt “abruptly and dazedly” about the explosion of games on Douyin.

The popularity of “Muse Dash” is enough to prove that the content created by players can completely affect the popularity of game products, and even directly drive the increase in game sales.

“Whether a game has a certain content creation space is becoming a new differentiated competitiveness for the same type of game,” Zhang Fuxiu said at the “OEGC 2021 Mass Engine Game Conference”.

Especially on platforms such as Douyin and Toutiao, the decentralized attributes of Taoists are stronger. The value of the marketing platform is reflected here. The massive engine can select the most suitable talent for game manufacturers and match the content through user data analysis, content marketing measurement system and other methods.

In addition, player creation is also the focus of massive engine mining. Gamma data shows that the overlap between short video users and mobile game players is as high as 82.5%. On Douyin, 900,000 users share game-related content every day. Mobilizing the enthusiasm of ordinary players to share will also become a compulsory course for game manufacturers.

In addition to the power of talents and players, the official account on the short video platform has gradually become an important communication position for game manufacturers. Wei Wenwen, head of Huge Engine’s commercial products in China, pointed out that the official short video account of game manufacturers and the content created by players can be the source of material for effect advertising, strengthening the conversion effect of the latter. The advertising resources placed by manufacturers can also be used to divert their own accounts in the reverse direction, depositing traffic into their own traffic pool.

Ultimately, the goal of game manufacturers is to build their own “native business” matrix around short video platforms-with “enterprise number” or “brand number” as the core, operating original content; shaping the communication with topics to drive UGC content; With traditional purchases as the cornerstone of performance advertising, and talent marketing as a supplement to brand and performance advertising, the overall effectiveness of game content marketing is finally realized.

In the future, how will game advertising achieve synergy between product and efficiency?

Today, the game advertising industry is facing unprecedented changes. But the future direction is already clear.

Performance advertising represented by purchase volume will still be the main advertising model for mobile games. But it is worth noting that the importance of content marketing in the game industry is constantly increasing.

For example, in PGC’s promotion videos to talents, many brand-directed communication content can also bring a lot of effect conversion to the game. And the explosion of a large amount of UGC content will often bring the double promotion of brand and effect to the game.

Perhaps in the future, only a mature platform with a “native management system” and “high-quality content marketing methodology” like a huge engine can firmly grasp the pulse of the times, explore the boundaries of marketing with game manufacturers and CPs, and further promote The upstream and downstream of the game industry ushered in rapid development.