Forget TikTok, Clubhouse is a new star in the social networking field


The next addictive smartphone app is here, and it promises to change the way people communicate, share knowledge, and even make new friends.

We’re talking voice and audio social networking startup Clubhouse. Their platform allows users to join chat rooms quickly and participate in a wide range of meetings on all topics, from small chats between colleagues during breaks, to meetings. Discussion with the participation of experts, often attended by thousands of other listeners. Since its launch in March last year, Clubhouse has become a cultural phenomenon, attracting politicians, celebrities, and professionals from many areas of life. With the initial success, along with the support of big names, Clubhouse now has all the conditions to make the big guys in the social networking field worry.

The latest Clubhouse figures show just how fast it is growing. In a weekly event on Sunday, co-founder Paul Davison said the app’s daily user base doubled to 2 million in just a few weeks. He also announced that his startup called another round of investment, led by venture capitalist Andreessen Horowitz, and now Clubhouse has more than 180 investors. Although he did not provide any specific information, The Information revealed on Friday that Clubhouse is valued at about $ 1 billion, which means that the company’s value has increased 10 times since the series A series. came out last May, also led by Andreessen Horowitz.

Clubhouse’s specialties lie within the app’s community. Just call it “power of voice”, and this is what sets Clubhouse apart from other platforms. A two-way, face-to-face conversation, full of nuances and tones, can help build strong relationships much more quickly than dozens of posts and messages sent through. More famous social networks like Facebook and Twitter. Through Clubhouse, you can meet and make friends with professors, filmmakers, artists, engineers, and many others from around the world. Eagerly listen to everyone’s life stories and gain their insights and experiences, from how video stream company leaders approve projects, to collect insights. Political analysis of scoop news from experts. You will easily see when Clubhouse has become your favorite time-killer!

To illustrate the types of discussion that are slowly becoming an important component on Clubhouse today, take an example: earlier this month, the towns of San Francisco, Miami, and Austin focused on one ” room to promote their city as ideal destinations for tech companies. Thousands of leaders, investors and employees come together in an interactive space. For an app like Clubhouse – or any social media platform looking to expand its influence and user base – this is an incredibly valuable feedback loop, in which the network effects a large number of influential audiences will attract the highest quality speakers and vice versa.

While the Clubhouse’s latest figures are impressive, they do not, in fact, demonstrate the platform’s full potential. Its rapid growth has mainly come from word of mouth, and from only half of the smartphone market. This app still requires you to have an invitation from an existing member to join, and is exclusive to Apple devices. So when the founders of Clubhouse decide to open the app to everyone and launch an Android version, its growth will fly even higher.

The essence of the Clubhouse platform offers many opportunities to make money for its users. For example, Clubhouse may charge a commission from the participation fee that a user has to pay if he wants to enter a large discussion room. Or like Amazon.com Inc – which owns many Twitch channels – they may charge a monthly fee for rooms reserved for users with specific interests. Users can also top-up to purchase unique animated emojis to respond to presenters and interact with other audiences. Of course, the ability to make money will also be the “magnet” to attract and retain the hosts of the most attractive rooms in the Clubhouse ecosystem. On Sunday, Clubhouse’s co-founders said they would begin experimenting with a variety of methods for the platform’s content creators to receive bonuses through “tips, ticket sales, or subscription plans. “in the next few months.

The Clubhouse also faced many challenges. Like other social media networks, Clubhouse is facing criticism over the “scariesting” content that is being broadcast on the website. In September last year, Clubhouse got into a controversy when some speakers showed an “anti-Semitic” attitude. The startup needs to invest more in features to increase the safety and trust of its audience, and hire more content supervisors to limit the omission of inappropriate content. Clubhouse also has to be wary of competitors appearing, for example Twitter is testing an in-app audio chat room, called Spaces. 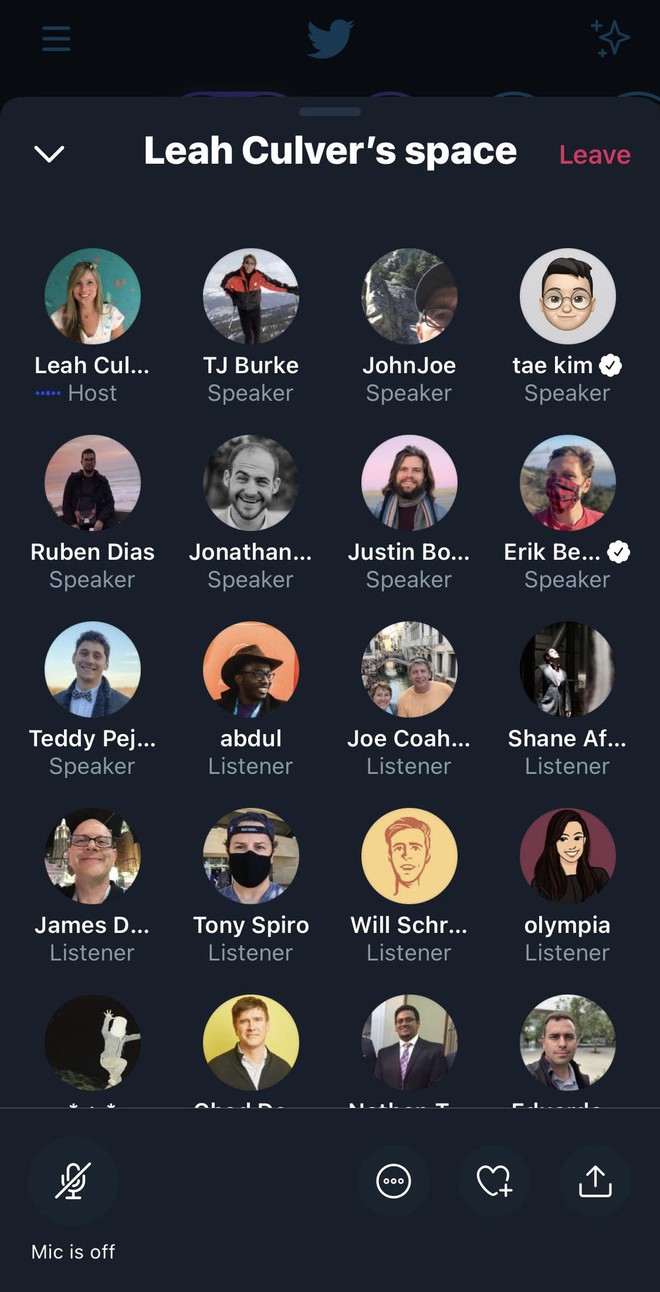 But perhaps it was too late for the competitors. While Twitter’s new service has some distinct features – including real-time translation on the screen, and sharing of tweets to chat rooms for discussion purposes – it is still mostly accessible. be the followers of a particular account. It lacks the Clubhouse’s unique randomness, which allows people from different disciplines to meet and form relationships through things they are trying to discover. Clubhouse also benefits from continually adding new content and enhancements every week – including a variety of room types, activity feeds, and calendar events. It would be difficult for any other company to catch up!

Of course, this application so far has benefited quite a lot from the pandemic as people are looking for ways to “get together” while avoiding human interaction and outdoor activities. But even after life returns to normal, the frequency of using Clubhouse will probably continue to be stable, much more than many people think. This platform is a convenient and easy way to meet new friends through informal discussions, and listen to events similar to seminars that would normally be difficult to attend in real life. real.

Perhaps most important is the Clubhouse’s surprising frequency of use and engagement. At the user level, some people notice that since installing the app, the time they spend on this app has been significantly higher than on any other social network – more than TikTok, Twitter, or Instagram. It is a sign of the charisma of an audio social network. Perhaps once Clubhouse opens to the public, its user base will grow to tens of millions. Other social media giants should worry about it!