Forefront丨 Huabei is no longer a flower that only spends money


From the company’s business to the product brand, the ants after the suspension of the IPO are looking for a new way out.

Open the Alipay App and enter the My-Huabe page, the user can see the entrance of the “Public Welfare Guardian Dunhuang Monuments Scripture” activity below, click “Experience and Join Guardian” to start the repair experience.

The feature of this event is that after entering the restoration page, users can perform restoration simulations and interact with cultural relics in real time according to the instructions on the page. After repairing the worn pages and scrolls, the repair of the “Dunhuang Posthumous Manuscript” was completed. Through information such as “switching cultural relics”, it can be found that more cultural relics will participate in restoration activities in the future.

As early as 2012, Huabei’s embryonic “Vitamin Project” was incubated within the company. The original intention of this product was to cover the peak payment period during the Double 11 event, so that payments can be made quickly and smoothly. But obviously, the Huabei team is not satisfied with just being a payment aid during the event. Today, Huabei is a consumer loan product that is almost a household name.

The latest prospectus submitted by Ant Group in 2020 shows that in the context of 900 million people in China who do not have a credit card, Huabei has lowered the threshold to allow ordinary users to experience the “first enjoy before pay” service for the first time. Currently, Alipay has more than 700 million monthly active users, among which about 500 million users use the Huabei service.

Since the launch of Huabei, relying on the user base of Alipay, its use and promotion have taken a unique advantage. Since it can be directly embedded in Taobao and Tmall for payment, Huabei’s frequency of use is directly guaranteed. In the first year of the launch, on the day of the dual-day period, Huabei paid a total of 60.48 million transactions, accounting for 8.5% of the total transactions of Paypal.

On this basis, Huabei used activities such as “Sweeping flowers at the end of the year for red envelopes”, “Ma Yun helps users to return’a year’ of Huabei”, “Group payment to share 900 million” and other activities, by directly giving current rewards, not only Cultivating users’ habits also indirectly strengthened the social attributes of Alipay platform.

Huabei is not limited to online consumption. Instead, it strives to break the barriers between online and offline, and try to satisfy consumers’ “full-scene” consumption needs, so that Huabei involves all aspects of daily life. Through activities such as “Pay at the store and share red envelopes”, we can realize online and offline linkages, reduce the frequency of users changing payment methods, and promote Huabei to enter the market.

Not only that, Huabei also attaches great importance to event marketing during festivals. From the small game of “Goose” in 2018 to the building activities of “Double Eleven” in 2019, taking the Double Eleven event as an opportunity, through the development of related activities, it can not only realize the warm-up of Double Eleven events, but also use social marketing This method realizes the purpose of the spread of Huabei monument and the increase of the number of users.

In recent years, Huabei has focused on brand image promotion and has continuously increased the exposure of its anthropomorphic logo. In 2018, Huabei organized a “National Touring Talk Show” to promote the “Huabe Weekly Card”. When consumers choose products on the shelf and encounter the Huabei physical logo, it will be based on the products selected by consumers. , Began to complain. For example, when consumers pick up ham sausages, they will hear Huabei say “Why do you like ham sausages so much, it must be because of the long legs of foodies”, which makes people laugh in the form of cold jokes.

In 2019, in “Story King 2” jointly produced by Station B and Xiaoguo Culture, Huabei’s anthropomorphic logo was directly aliased as “Huaxiaobei” to participate in the show in the form of role interaction. In addition to the hidden implantation of customized comic images and game cards as the basic background, Huabei also created a deeper implantation method through comment interaction and Huabei’s custom hank observation room. And relying on the unique barrage culture of station B, the dialogue between “Hua Xiaobai” and the audience is realized. 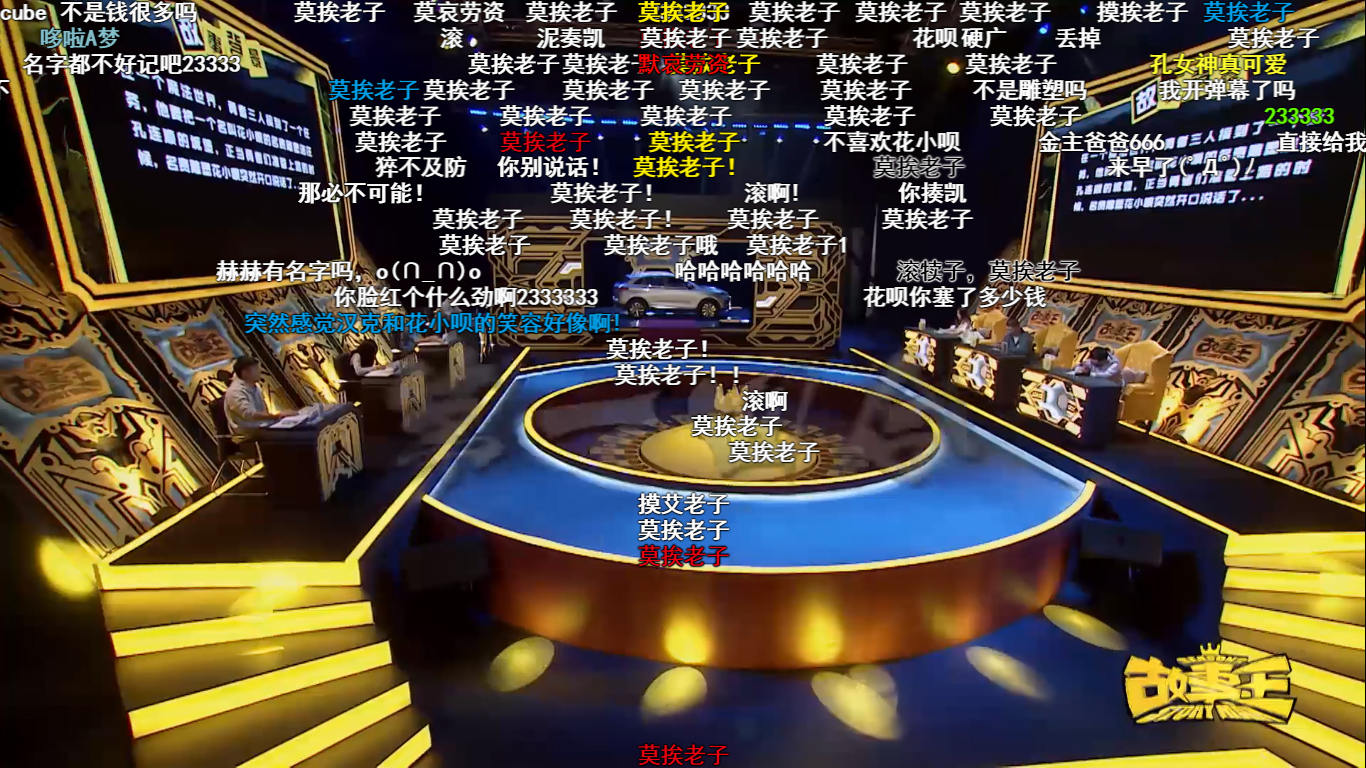 In 2020, Huabei will continue to export its brand culture to promote its IP image in the form of micro movies and short videos at station B.

The 36氪 article introduced that in May 2015, Huabei made a “quick activation” on the payment link in Alipay, which left many users with the impression of default activation. Because it was so easy to activate, users didn’t feel it. One day when they were suddenly notified of the repayment, they discovered with hindsight: When did I activate Huabei? In fact, the money spent is still so much, but the repayment that suddenly comes out of the accumulation of small amounts is somewhat unpleasant. After being complained of “opening by default”, Huabei was subject to regulatory accountability and even fined for it.

In recent years, there have been more and more discussions about closing Huabei.

The first is the credit reporting issue that users are most concerned about. In Huabei’s “Personal Credit Information Inquiry and Submission Authorization Letter”, it is mentioned that “I agree to authorize Chongqing Ant Small and Micro Loan Co., Ltd. and other financial institutions provided for me in the authorization business as follows: to the People’s Bank of China The basic database of financial credit information queries and uses my credit information and credit reports.”

In addition to noncommittal reporting of credit issues, most of the post-90s Huabei users have entered the stage of starting a family. When the “advanced consumption” lifestyle conflicts with the reality of “being a family”, closing Huabei will become one of their choices. An article even pointed out that the Ant Group has a total credit scale of 2.15 trillion yuan, of which the operating loan balance is 0.42 trillion yuan, and the remaining 1.73 trillion yuan is the balance of consumer loans. The average annualized interest rate of these consumer loans is 15%, and the handling fee can reach 18%, almost rubbing the red line of 15.4% of the highest annual interest rate for private loans by the Supreme Law, and many users are sub-credit, that is, the credit qualification is relatively high. Poor crowd.

There are more and more consumers who don’t buy it, and they know that users think “Does Huabe really bring happiness to the family? The fact that borrowing money has to be paid back is very cryptic. It is not solving poverty, but overdrawing the future. .”

The article “Escape from Huabei” on Husniff.com also disclosed practical problems such as “borrowing” and “taking away flowers” and other Internet consumer loan products such as violent collection, inducing installment consumption, and inability to close. The escape of young people from “Huabei” has also become a problem for Huabei, who urgently needs to reverse the brand image.

The rise of the national tide, the marketing transition from product to culture

Huabei chose to launch a cultural relic restoration plan at this time, which can be said to be one of the important measures to reverse the focus of marketing.

“National Tide” is a card that has been tried and tested. Whether it is “grass-growing” domestic products, “explosive” domestic film and television, or “revival” of the national quintessence, these national trend brands that cover clothing, food, housing and transportation not only satisfy the pursuit of fashion and the publicity of individuality, but also highlight The return of cultural connotation and value coincides with the current consumption preferences of young people.

At the same time, the Dunhuang Museum, which is open to cooperation, has started cross-border cooperation with consumer brands such as Li Ning, Pecho Ling, and Liangpinpu. Even among Internet companies, Huabei has no shortage of predecessors.

On April 15, 2020, the Huawei AR map in the Huawei P40 series mobile phones was officially opened to the public. This is the first AR map in China. The virtual and real integration tour of Dunhuang Mogao Grottoes became the first pilot of Huawei’s Hemap technology.

On April 23, 2020, Tencent and the Dunhuang Academy jointly launched the “Dunhuang Animation Drama”, which turns the millennium murals into animations, and showcases the beauty of Dunhuang in a way that fits the viewing habits of young people. Not only that, audiences can choose to dub characters, Participate directly in the video content. Prior to this, Tencent and the Dunhuang Research Institute also launched the “Dunhuang Poetry Scarf” project. Users can freely DIY the Dunhuang patterns provided by them. The system will also generate three-line poems based on the meaning of the patterns.

Although the effect is still unpredictable, starting from the restoration of the “Dunhuang Posthumous Manuscript” and changing the focus of marketing may be a key attempt for Huabei to achieve word-of-mouth reversal.